What;s under the bubbles?

A place for us to show off our cars in all their glory. Please keep picture sizes to about 800x600 pixels.
Messages: 17

Re: What;s under the bubbles?

exactly /\ that tho luckily spread no further than the arch or into the box section, strange tho as the car has been garaged most of its life and has survived very well in all the other suspect rust spots, maybe they used different kinds of sealants? as my tgd has no rust at all here and tzdt- which spent most of its life living outside on the south coast is solid on the o/s but the n/s sill/arch/chassis/boot floor/ were rotten.
90 BX Tzd turbo 294k SORN undergoing major surgery
90 BX Tzd turbo estate 46k awaiting surgery
65 Peugeot Boxer Van the new workhorse
52 Toyota Rav4 180k Bulletproof Jap reliability
Top

Re: What;s under the bubbles?

If you remove the carpet from the cubby holes in the boot you get get wax behind - you'll see a series of large holes in the inner wall of the box section. You need to poke the extension lance in, towards the front of the car and down.

Alternatively you could just cut the wing off...the arrow shows where the inner wing is bonded to the outer. 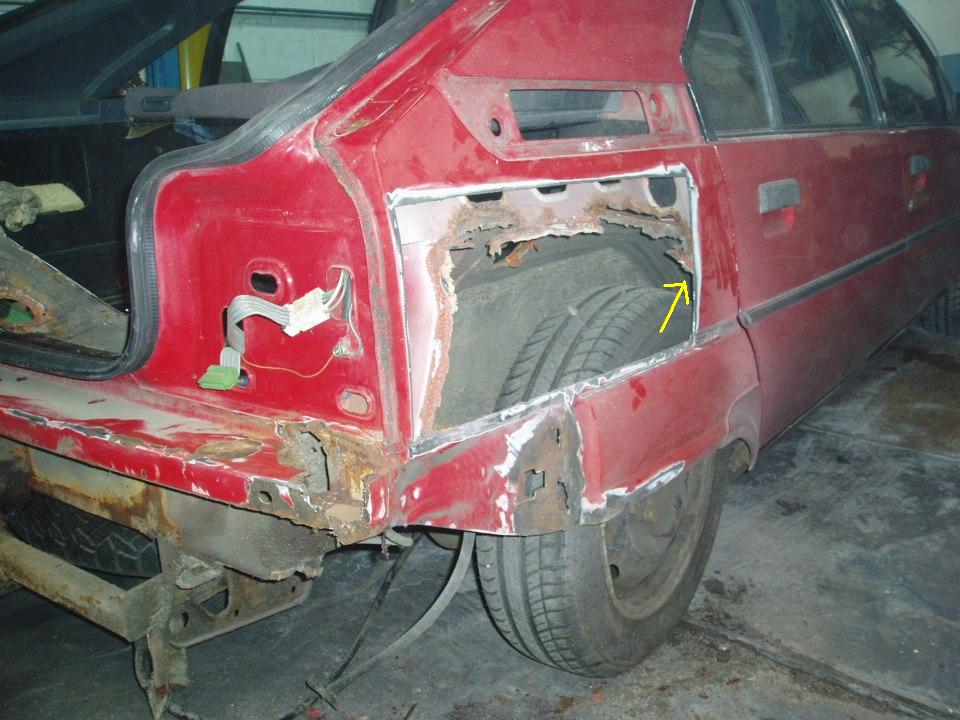 I split the seams in the door shuts last year to remove any rust between the layers, then welded back up before waxing the inside. You could see the wax oozing through the seams so I knew it was penetrating. I then cleaned off the excess with white spirit and applied PU sealant to the outside.