A place for us to show off our cars in all their glory. Please keep picture sizes to about 800x600 pixels.
Messages: 80

Thanks for your comments. Dont worry about the ffffford lol as i accuired that by accident realy. Now as for the bx i purchased it in june 2001 for £1,200 from a dealer who lived in budleigh salterton and it must have been the tenth or eleventh one i had look at as back then most of them (16v model) were rough. Subject to a 2 hour poke around i bought it cash. Didnt realy want a red one but with a car like this condition was more important than colour. I always say if the bodys sound you can always re-build the mechanics as and when.

The cars engine has been fully re-built using the original block and head but with NEW parts genuine from citroen with the exception of a couple of things ( crank ) The bill from citroen was for around £1,500 for the engine and parts and £ 2,000 for labour and extras i had done (shhhhh) It sounds expensive but at least i know the engine is garenteed and wont blow up due to botched work by someone who doesn know what they are doing like me!. The gear box was taken out and spun on a bench and there was no problems with it so it went back on with a new clutch.

All ancilliries have been renewed over the years, Alternator,starter motor, ign module, coil, water pump, etc. Its had a brand new hp pump, main feed from reservoir to hp pump pipe, Replacement good known working air flow meter from a mates pug 405, Hks cone airfilter modded to fit,
The ECU has been chipped and re-mapped by colins performance in congleton cheshire giving it a smoother power curve and a bit mor go. The rocker cover was taken off and powdercoated red by a local firm for me. Its also fitted with new magnecore performance ht leads and ngk plugs, All engine mount bushes re-newed

Its had a full straight through custom exhaust fitted (powerflow) The underside was stripped fully de-greased and undersealed (no rust to attack) The rear arms were dismantled and cleaned and painted and fitted with new bearings. A new rear height corrector was fitted, along with new copper fuel pipes, then the whole car was sprayed again underneath with clear waxoyl for the pipes and spray on black wax oyl for all the hard to get to areas and trus me it was absolutly caked in it i also did all of the chassis rails inside by taking the rubber bungs out. Its also been undersealed behind both the front and rear bumpers.

Interior wise i fitted 2 mint fron seats i bought from ebay last year, and fitted a lockwood red dial kit and ripspeed steering wheel and boss as the original steering wheels feel like you are driving a bus. Rear head rests were also fitted (genuine) and i bought a brand new central locking plip from citroen too,

The car is also fitted with a genuine tailblazer, i have had custom number plates made up, fitted an ax gti badge to the rear, clear side repeaters on the wings, The twin head lamps are from cituning ( a citroen tuning firm) and turn up now and again on ebay, The bonnet is a genuine citroen item it is known as a 4 tc but to my knowledge is not a real one but an accessorie from an early citroen catalogue and i shoul imagine they are very rare now??. The fron bumper has been cut out and messhed to allow more airflow, and a chrome numberplate surround fitted.

At the moment ive just got a few things to do to it mechanical wise which are to get the injectors ultrasonicly cleaned, fit my new injector seals and chromed fuel rail, Get an fse powerboost valve and fit, and sort a couple of tyres for the rear.
The citroen bx loves garages hates driving

rob-bx16v wrote:ive just got a few things to do to it mechanical wise which are to get the injectors ultrasonicly cleaned, fit my new injector seals

Ultrasonic cleaning of my injectors was the most impressive noticeable improvement in engine operation and performance I've ever experienced!

I took mine off the car and down to the local Lucas Centre (even though they're bosch) and as part of the ultrasonic service they fitted new seals and filters.

I need to get them done because the next stage is upping the engine power by getting a gas flowed ported camed head.........
The citroen bx loves garages hates driving 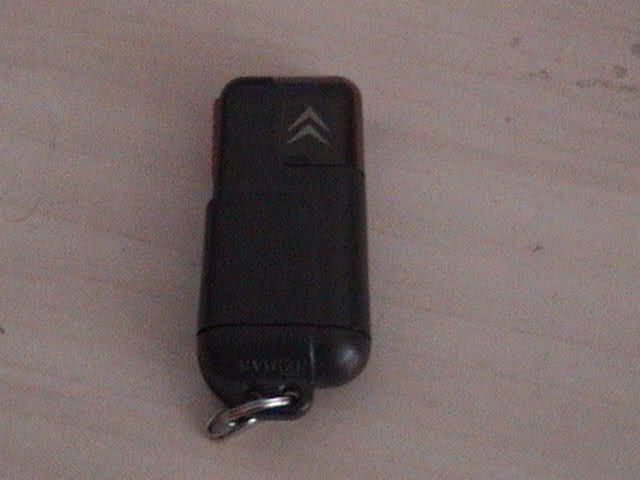 A pic of my brand new plip bought from citroen. I dont put it on my keyring anymore because im sick of breaking the bottom bit. I just carry this with me now and again.
The citroen bx loves garages hates driving

their only 40 mins to an hour down the road. If you come over one day you'l have to come up and see me. Im very very picky about who i let drive my car but being a bx enthusiast you would be ok. Both my mates own audi A4 1.8 turbo quattro,s and they have both been out in the bx and the bx accelerates much faster lol
The citroen bx loves garages hates driving

Crickey Rob, what do you do for a living to keep two cars so nice?
Nice photo's tho mate

"You have to be trusted, by the people that you lie too"
Top

He walks to work Jez?
Top

To be honest the 16v hasent been used in over 2 months. I try not to use it a lot these days and use the gti 8v everyday so currently the 8v is covered in dirt

Jezzie 16v wrote:Crickey Rob, what do you do for a living to keep two cars so nice?
Nice photo's tho mate

I mean what do you do for a living, if you dont mind me asking?

"You have to be trusted, by the people that you lie too"
Top

Currently im on incapacaty benefits as i had a breakdown 3 years back through stress and im just about coming out the otherside and looking for a job hence the move from macc to cornwall. 3/4 benefits go on the cars with only 1/4 on living but i do suppliment my money by selling lots on e-bay.
The citroen bx loves garages hates driving

Thats what BX ownership does to you Rob.

rob-bx16v wrote: but i do suppliment my money by selling lots on e-bay.

dude, you want to be careful saying that on a public forum..
The gestapo will tax you and take your benefits away if they read that.
Smokes lots, because enough's enough already!

should have made that clearer

My other hobbie is cb radios and i started collecting at the age of 15 and had at least 45 top models at one point. Im now down to 15 as the rest were sold on ebay to help me finance my 16v repairs and my new rst engine, Didnt want to sell them but otherwise the cars would go nowhere and i would have had to sell one which i didnt want to do........so the radios went instead swings and rounderbouts im afraid

Ah, now I've been interested in CB for ages, whats the best units to go for mate?
I'm thinking along the lines of installing one in each bus in our preserved fleet and one in the tow truck so we can keep in touch during convey's and rally's etc.
I've been told about mid-block? Although since we wouldn't need a range of more than 10 miles max I guess the old CB unit's would be ok??
Smokes lots, because enough's enough already!

Well it all depends on what you want. You could have a straight 40 channel fm cb ie, rotel 220,240 uniden 100,200 etc or you can go for a 40 ch mid band (european band) which is the better band as in the right conditions you can speak not only local but abroad as well. The downside of that is many of us brits prefer to use the uk 27/81 frequencies (40ch fm). I myself im not intrested in that part of things. I use the all mode/all frequency multibanders (converted 10 meter sets for use on cb *illegal* but nobody bothers anymore) I have many QSL cards from around the world and use sets such as the famous president lincoln/jackson/grant or the superstar 3900/cobra 148 gtl-dx. But for what you want i would go for a cobra 29 ltd, maycom em 27, converted rotel etc (these are all 80 channel sets that use the uk and eu bands. Sorry if thats confusing if you need me to make it simpler let me know cheers rob. Ps its still good fun on there (would rather have a cb over a mobile phone anyday). 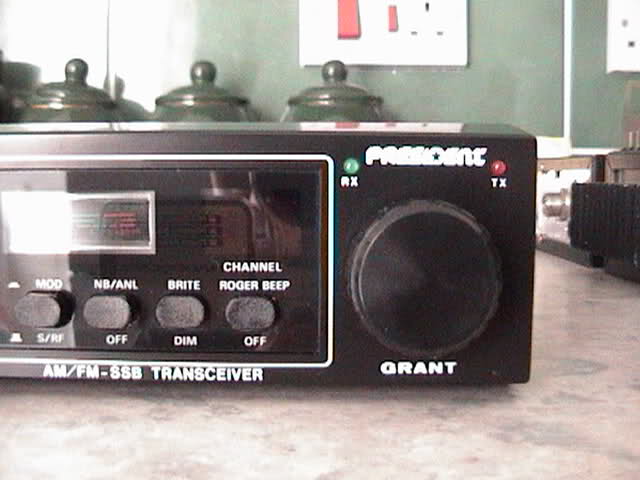 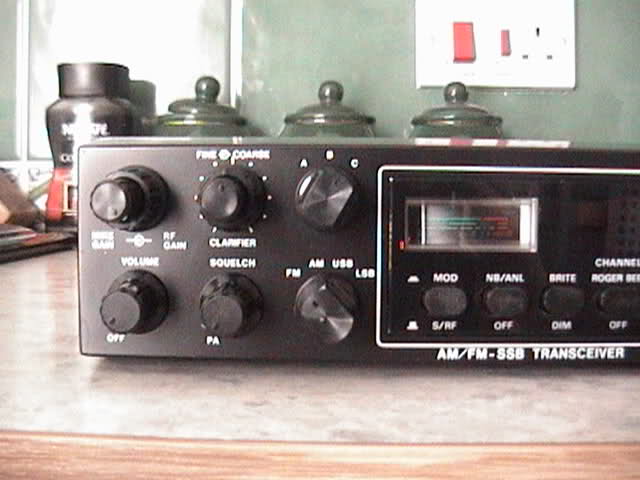