Buy or sell parts etc. Please put 'Wanted' in the title if it is a request for parts.
Messages: 6 • Page 1 of 1

Four 6Jx14 alloys in BX fitment. Not sure of the make but will find out. All have excellent matching Goodyear 195-60-14s which were bought new and not part worn. Fitted my estate (and indeed are still on it). Some show signs of oxidisation but very straight and smart wheels.

*P*ss poor picture I know but the ones that are on the estate in the picture below... 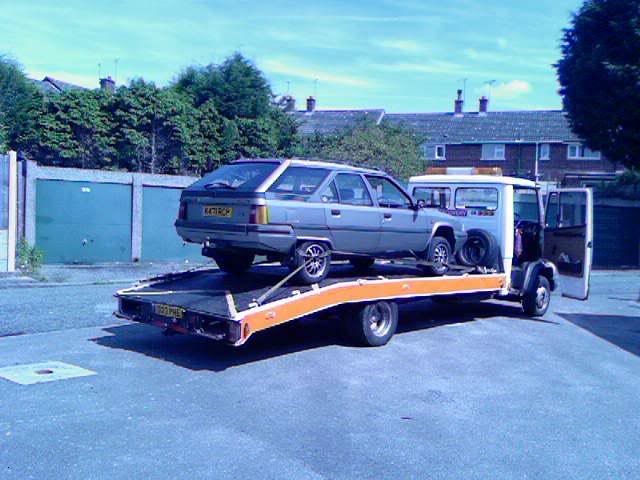 Would like £120 for them, tyres alone cost way more than that.
Vauxhall apologist.
Top

Are you breaking another one? If so can I have some bits?
Top

No sorry Marty. I do have some parts left but not much, what did you want?
Vauxhall apologist.
Top

What I was after - towbar, seat, rear shelf in black, steering wheel, rear wash wipe switch.
Though if I can work out a way of picking up Stu's roof bars I may not beed a tow bar as the bling has one.

yes three of these - three (count em) in the last month. One "I only pay by paypal even though your auction states you dont take paypal I think your being unreasonable in not accepting it", One "I didnt realise it would cost me £40 to ship it to Germany" and one " i bought another so I dont want yours".
Top

Make that 3 who want to pay by means I dont accept (and clearly state in the item description I dont accept).

PayPal - spawn of the devil if you are a a seller as they can leave you high and dry and without any money (they did to me and I wound up £130 worse off because they let a shonky credict card through). So I dont take any forms of elecronic payments and say so.

And guess what - its all bidders with less than 10 feedback....
Top

I'll see what I've got mate, posibly have a parcel shelf here if nowt else, probably buried in/on/around my Mk1 Astra in the deepest depths of my garage somewhere.

Oh, winning bidder was new and I asked him for contact details which weren't forthcoming and forgot to remove his baid which I'd done to others. Have mailed the 2nd highest 'just in case', if the fella that was highest bidder doesn't get back in touch then all hell will break loose. Oh well, at least I got a couple of REALLY p*ssed off people who seemed to think they were exempt from reading the listing properly who were most upset!
Vauxhall apologist.
Top
Messages: 6 • Page 1 of 1