... well it isn't - but I thought it'd be nice to have a thread about the work of the designer of the BX. And an interesting stop-off point for visitors or newcomers to the BX Club.

"He's best known for his work with Nuccio Bertone, especially for Lamborghini's Miura and Countach exotics, although he has done many practical family cars as well, including the highly successful Citroën BX, the first-generation BMW 5-series, the Renault Supercinq, and, above all, my absolute favorite of all supercars produced in the last sixty years - the Lancia Stratos."

It might be relevant to first see where the BX came from... 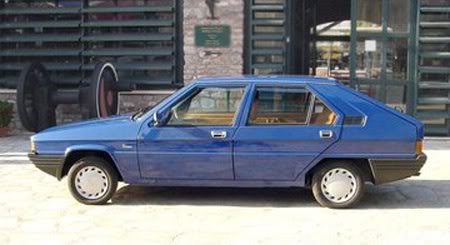 In 1977 Gandini designed the FW 11 for Anadol and Reliant, the latter naming it as the Scimitar SE 7. Four prototypes of this car were produced, two of which were sent to England with the Reliant badge, and two other examples, one of them white and the other one blue, were sent to Turkey with the Anadol badge. The car, which had a modern design and "luxuries" for that period's European cars such as electrical windows, was deemed too expensive to produce profitably by Anadol and the project was shelved.

Following Anadol's decision not to build the FW 11, Reliant exhibited the Scimitar SE 7 at its stand as a prototype during the Birmingham Motor Show.

The FW 11 design was later purchased by Citroën, and with little changes (e.g. a steel unibody with steel and plastic panels instead of fiberglass) it was mass produced as the Citroën BX... 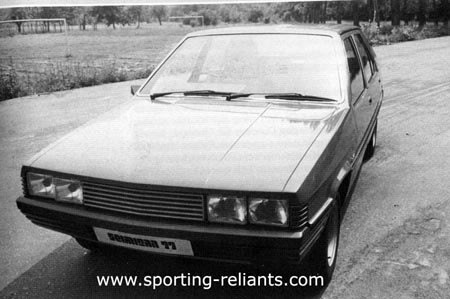 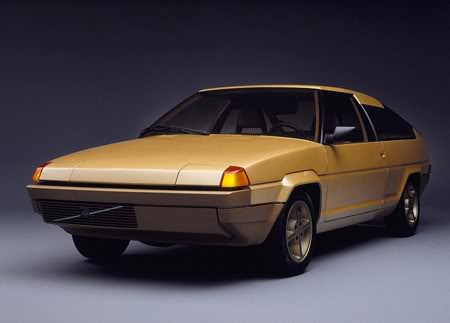 Volvo Tundra was a concept car built and designed by Bertone in 1979. It was based on the Volvo 343, but was rejected. It is easy to spot the design similarities.

So to everyone out there, please feel free to add and expand as you wish. Anyone fancy exploring his work with Alfa Romeo?
• 1992 Citroen BX TZD Turbo Hurricane
• 2006 Xsara Picasso 1.6 16v
Top

It's interesting that I've seen (apparently factory) Bertone badges on a BX, yet Gandini left Stile Bertone in 1980 to go freelance...

Whilst the Reliant FW11 (1977) and the Volvo Tundra (1979) concept cars were penned during Gandini's time with Bertone, the BX wasn't unveiled until 1982, though of course it may have been penned prior to Gandini's departure, which would make it a legitimate Bertone design.

There's no point to this post, it's just something that's always bugged me ...

My Rd Turbo did have Bertone badges on the rear pillars until my Dad nicked them for his 14 Re.Dont know if they were original though as it does have some dubious graphics which are coming off like Fireblade on the tail and turbo D graphics on the front doors.
Richard.
1985 MK1 BX Digit
1986 MK1 BX Leader
1988 19RD
1983 Tin Snail
Top

Yes, It was your car that reminded me, though I'm sure I've seen them before....
Ray

Why is everything that i want so Fu****g far away!!!!
Ive found what sounds like a gorgeous Mk1 14RE in France for 600 euros,and i really fancy the Black 14TGE on the Ebay.DE site,the same guy selling the lovely alloys.
I need to find someone who travels abroad in euroland who comes back with say an empty trailor.As i imagine the cost of getting over there outways the value of the cars.
Richard.
1985 MK1 BX Digit
1986 MK1 BX Leader
1988 19RD
1983 Tin Snail
Top

I could be tempted to collect for you if my costs were covered (i.e. cheap flight out and fuel to return). It would no doubt be an adventure!

Only really practical if you live near an airport that has Ryanair/Easyjet type flights though.

I live near Leeds/Bradford airport,well 1/2 hr away.
My father in law emailed the German guy about the Black Bx but as yet no reply and im also waiting to hear back to previous messages back and forth with the French family regarding the Mk1 14RE.
I will be in touch with you regarding your kind offer.
Richard.
1985 MK1 BX Digit
1986 MK1 BX Leader
1988 19RD
1983 Tin Snail
Top

And, it turns out: this
http://www.lamborghini.com/en/masterpieces/miura/

And of course this:
http://www.lamborghini.com/en/masterpieces/countach/

When I first saw the images of FW11 I was reminded of the FSO Polonez.