Tell us about BXs you have spotted on the road, or BXs/parts spotted for sale including eBay finds.
Messages: 77 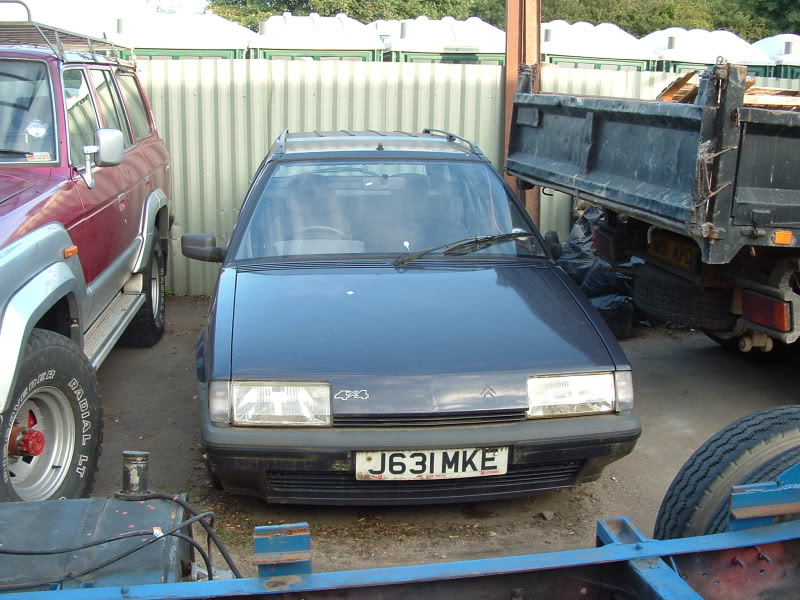 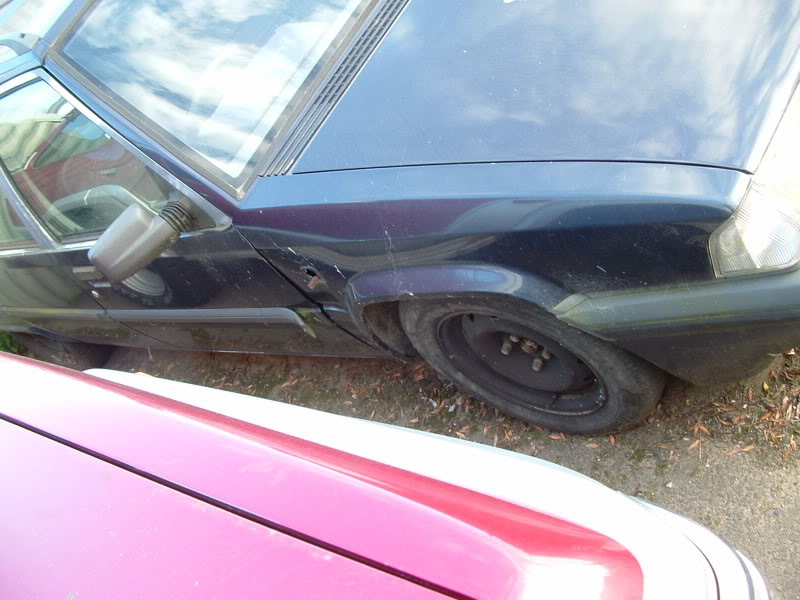 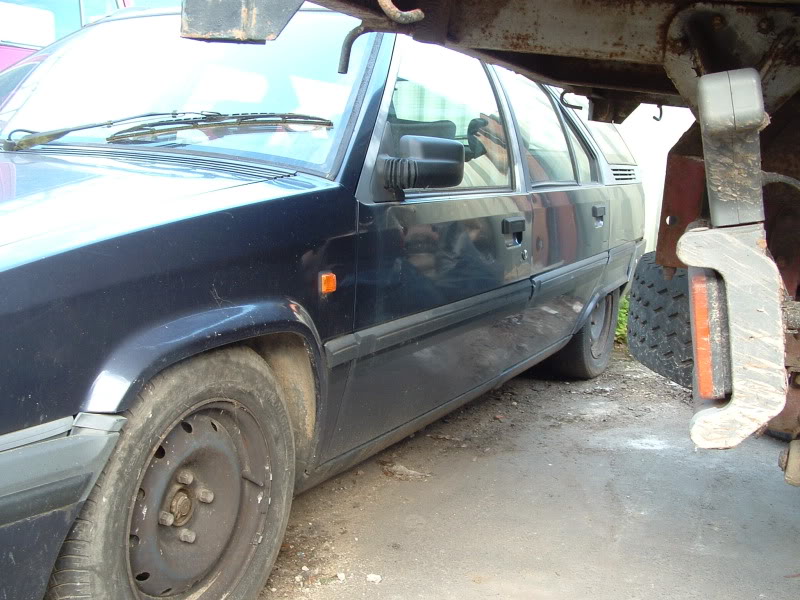 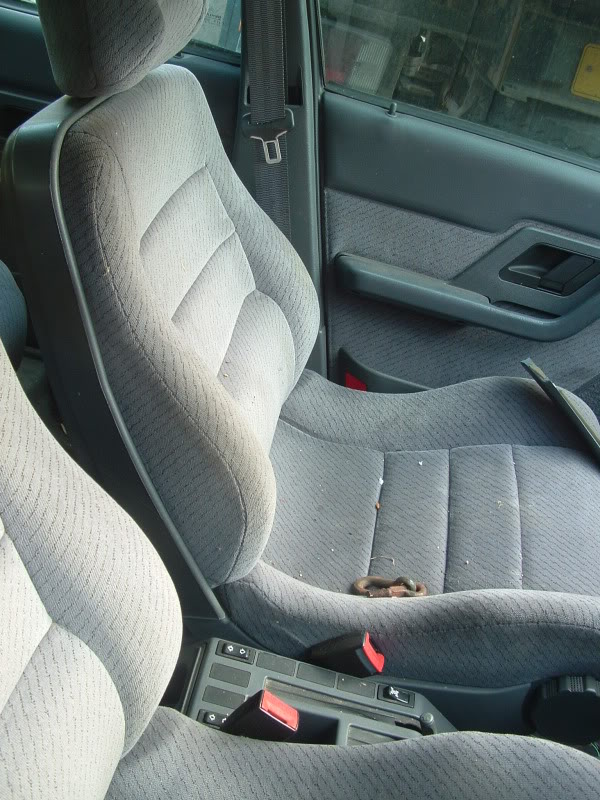 Externally, it needs a good scrub. Andy says he has the missing trim & probably the indicator repeater from the drivers front wing. Internally the glove box has been dismantled to sort out some wiring issues which have apparently been corrected, and there is some damage to the top of the rear seats - probably from where it has been folded down and caught on the bases. It also has rear headrests.

I asked about work for the MOT and they did put it through an MOT a while back, but it's not been used since and it's now expired, so it shouldn't need much more than the glove box reassembling and normal recommissioning work.
Mike Sims
BX 19RD Estate Mk1 - Timex!
BX 4X4 Estate - Oh god, I've done it again!
BX 17RD MK1 - it called to me!
BX14 TGE, - SOLD
XM Turbo SD,GS Club Estate,Visa 17D Leader,HY Pickup,Dyane Nomad,Dyane 6,2CV AZL,Falcon S,Trabant P50,3x Land Rovers (88" series 1,109" series 2a FFR,series 2a Marshall ambulance),DKW F7, Lambretta LD150 x 1.5,Mobylette SP93,Ural Cossack,Ural M63,CZ 250 Sport,Honda Varadero 125,lots of bicycles & tricycles including (but not only) Sunbeams,Higgins & Bates!
Top

look sthe drivers door has swung back a bit far and creased the wing, with that in mind worth check the check strap and hinges for rust and rot. Its got that lovely interior though and doesnt look beyond saving.
Lots of Motors, mostly semi broken....
Top

look sthe drivers door has swung back a bit far and creased the wing,

It does look like that - but I'm not sure - the door seems to be in perfect line with the bodyshell. Looks fixable though - either a new wing or a sunny afternoon with a couple of

, a hammer and a bag of sand

I'm a tad more concerned by the NS end of the front bumper being a bit low - might just be the plastic bumper mount broken / come adrift but it might also mean there's no square hole left for it to mount to - still probably do-able though.

Mike - thanks for the pics - I'm definitely interested if the mileage is reasonable and the engine sounds ok as if it has no major problems and if nothing major comes to light in the meantime - and of course if Ray or Doc / Smiffy don't have first dibs on it. PM sent (in a couple of minutes anyway).
1992 BX19 TGD estate 228K Rusty - SORNed
2002 C5 HDi SX estate
Top

citsncycles wrote:I'm glad you reminded me - mileage is shown at 128k!

Many thanks to Mike (citsncycles) for the heads-up in the first place and for taking and posting pics, and to Chris (docchevron) for spending a couple of hours looking over it and taking a bunch more pics for me and sending me a very comprehensive report

It's not actually home yet - I really don't have the room but couldn't pass up the chance of a 4x4 - I have a parking space with a guy at a local workshop for a very nominal sum on the grounds that some of the fettling (of which there is quite a bit to do) will come his way.

I'll start an idiary for it when I get a mo.

Winner!
If you're going to buy a BX estate that's the one to get for rarity alone. Let us know how you get on please, plenty of pictures and what not.
Vauxhall apologist.
Top

No worries - I'm glad you bought it as I had visions of no-one grabbing it then it ending up in the back of my barn rather than it being scrapped, and with the collection I've already got I need another car like the Pope needs a condom

Good on you Brian, glad its gone to a loving home!
Lots of Motors, mostly semi broken....
Top

citsncycles wrote: I'm glad you bought it as I had visions of no-one grabbing it

as am I, otherwise it may well have ended up at the farm, along with far too many other BX's..

I do like Andy's red P2 valver though, I like that lots.
Smokes lots, because enough's enough already!

Winner!
If you're going to buy a BX estate that's the one to get for rarity alone. Let us know how you get on please, plenty of pictures and what not.

Oh yes - there will be pics etc

Andy's making noises about having to get rid of some other motors so if any more of interest to y'all comes up,

He mentioned a TGD estate that might be along soon...


Good on you Brian, glad its gone to a loving home!

Cheers - I'll do my best with it Tim

I don't think it will be ready for this Winter's snow. Springtime is the right time of year to find a car that needs work - not Autumn when the weather is closing in - but I couldn't walk past this one

Congrats Brian. I look forward to seeing your write-up