Good to see my old car getting used well, the brakes are fab arent they! I had new pads fitted not long ago so they should have done about 1500 miles buy now.
Lots of Motors, mostly semi broken....
Top

Well, after a rather complicated and long-winded plan to pick up the 205 from Wales after work on Tuesday night, I turned up to Mat's place just before midnight. My insurance swapped over at midnight, so I was all set to drive my first 16v-powered Pug 205 GTi!

What a great thing. It looks a little bit scruffy in places, but drives absolutely spot on.

Looking a bit worse for wear now after a long drive, and a miserable day of drizzle:

I thought I'd take a peek at the speakers... as they weren't sounding too hot. This might explain it!

Heavens! Which grave-robbing cowboy converted that? 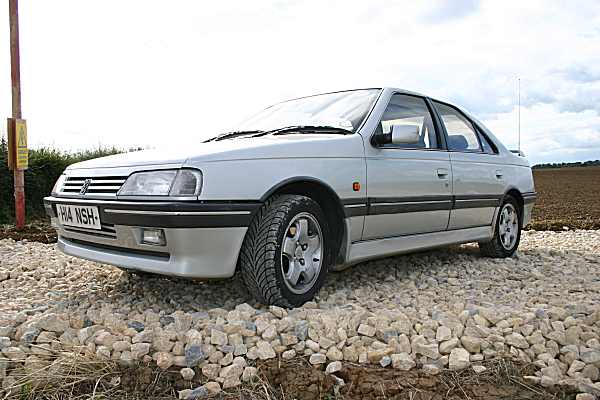 Nah, too common. What he really needs is one of these:

That speaker rather explains why I was getting a few crackles...


Nah, too common. What he really needs is one of these:

I have never seen a 405 MI6 apart from in ads on Leboncoin! Does that thing in your pic feature the same BX 16v unit then?
Todd

Well, the later 2 litre version of the engine. A bit more info here.

I drove one and was very impressed. The 405 was an excellent car to drive, quieter than the BX and with superb ride and handling.

I wouldn't mind a 405 MI 16 but many that are left have been 'tuned' with mixed results.
Wasn't there a 309 available in France with the BX16v engine too?
Todd

Great car the 405mi16 had a 1990 1.9 one years ago very comfortable but not as much fun as the Bx , there is a couple on Pistonheads at the minute

Funny you should choose that particular picture... It was in the family a few years back: 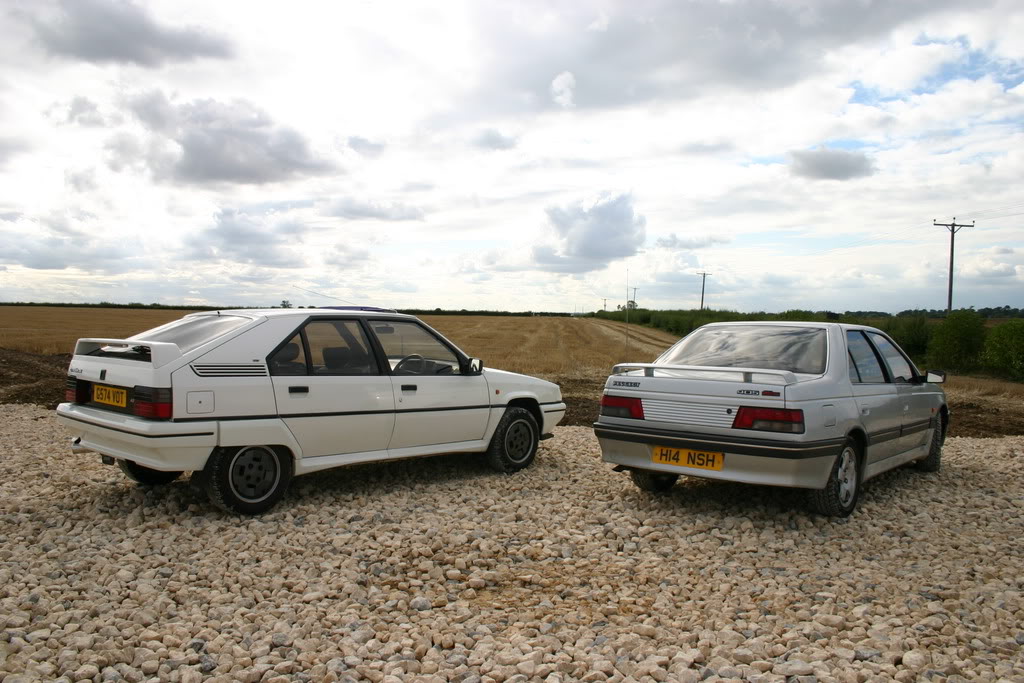 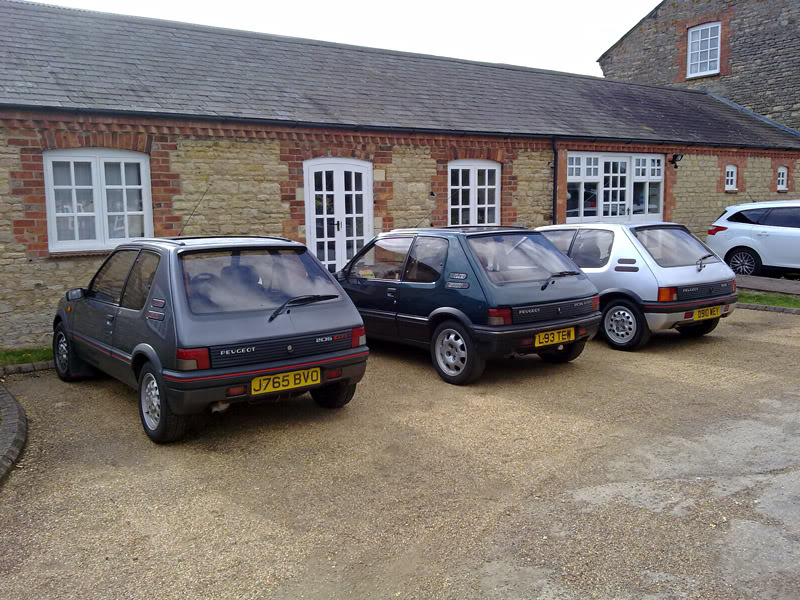 So far I've had a couple of small problems:

- The alternator belt has started to screech in the morning. Getting a little bit worse each time. Hopefully it will be a simple belt adjustment, or new belt

- Once after stopping the engine, I found the starter wasn't engaging. The negative terminal on the battery had worked itself a little bit loose.
- A slight misfire has appeared a couple of times. After changing the plugs and tightening the battery lead, it hasn't happened again, but I'm not holding out too much hope that it has been cured.

Other than that, it has been perfect. There is a slight wheel bearing noise that I need to take a look at... But it is seriously fun to drive. After going out for a run in it, the owner of the 1.6 on the left was absolutely stunned at how refined and smooth it is.

And at the end of the day, it is a spare engine for when the BX goes bang

And so, the guilt begins...

Check that the previous numpty owner has tightened the alternator clamp bolt, and it's not just relying on the tensioner screw, I forgot that once on the BX. Other than that it's likely I didn't put quite enough tension on it after I did the cambelt. As for the battery clamp - not a particularly great design IMO. On the other 205s we've had I ended up putting a standard terminal on sooner or later, should have changed that too! I really hoped it would go longer than that without problems for you

I don't resent putting fuel in it like I do in other cars, because I know that every penny of the (£57 from nearly empty) will put a huge smile on my face.

Although, it's quite funny. I might put every little niggle I find with it on here to make you feel bad

That fan motor is a little bit noisy, and don't get me started on that idle

I've cleaned up some of the bodykit, and am going to tidy up the wheel centres tonight... Will post some piccies. Not going to bother polishing the paint though. I quite like the patina! Pricing up a partial respray when I can spare the cash, and I might have sourced a better bonnet in silver.
Top