Anything about BXs
Messages: 157

MULLEY wrote:is there a kind person within reasonable distance of M1 J29 that i could visit to hopefully fix whatever the problem might be please?

quick question for anyone running an amp, where have you fed your live feed from the battery through the bulkhead ? Have you drilled a new hole or used on thats already there ?


Also where is there a good earthing point in the boot ? I need one for the amp and cd shuttle.

ok amp amd shuttle all up and running , what upgrades for the front door speakers dos anyone recommend /
1991 BX Meteor 1.6

I'm very happy with these.

godammanit a set of Alpine SXE-1350S Speakers went for £15.00 on ebay yesterday and I missed the end of the auction

Just out of interest, how did you route the 12v feed from the battery in the end?
Top

I've got the glovebox out now (to wire in a switch disabling the interior lights when doors are open for a long time) so thought I'd post up a picture of my crossovers. They just fit between the glovebox and the dash. 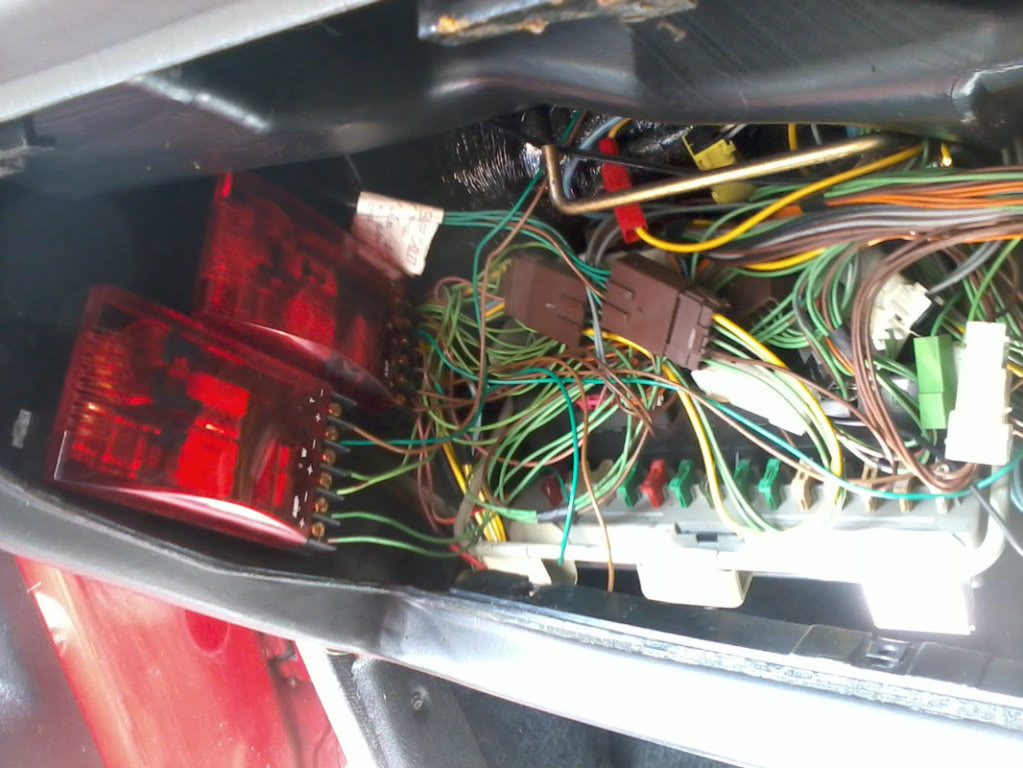 Vanny pointed out an oval rubber bung in the firewall [ passenger side ] with two sealed off "plugs" in it,

After many years I've upgraded the head unit in the BX. Having made the transition to MP3 based music, I was using the CD changer connection of the rear of the Pioneer to route the output from my MP3 player into. However, it was a pain to have to remember to stop it playing whenever I got out of the car, and having to regularly charge it (it picked up electrical noise, possibly from the switching in the PSU for the USB charger if charged while playing).

Plus, I recently moved with the times to get a smart(er) phone which is capable of storing all my music on, so decided to look out for a head unit with USB input capability. Which was a real battle trying to find one that I wanted! Anybody else know of one that meets my criteria? CD capability, no flip down front (pet hate), green illumination to match the dials, rotary volume control, mute button and USB/aux inputs on the front.

I've found one now, so it's academic I suppose, but am I really that unique in my requirements that I could only find one head unit that ticked all the boxes?

I've just put an original Blaupunkt tape deck from a 16v in mine. Going to wire it up so it lights up, but it'll also trip a relay to power up an amp that I'll put under the front seat that I'll be able to connect my phone/iPod/whatever with a phono-connection.

I found one that meets all your criteria except the non-flip down front (though you can put CDs in and out without having to flip it down because it's got a slot in the faceplate). I have pretty much the same model - it's since been updated for 2013 - and am very impressed. Wonder if you got the same one...?

I got this in the end

RobC wrote:I found one that meets all your criteria except the non-flip down front (though you can put CDs in and out without having to flip it down because it's got a slot in the faceplate).

So long as you can just insert CDs in a single operation, that's the important thing. Not that I expect to listen to them that much now, but I hate having to flip down the front just to put a disc in. Good spot, but it doesn't seem to have green illumination

The other thing I forgot to mention is that I wanted an IR remote control, so when I'm camping I can control the music from outside the car.

This would have been perfect, and it has Bluetooth too which is handy. I'd have been prepared to sacrifice my choice on colour for that extra convenience. But sadly over budget.

I ended up getting this in the end, for under £60 as it was an old model: 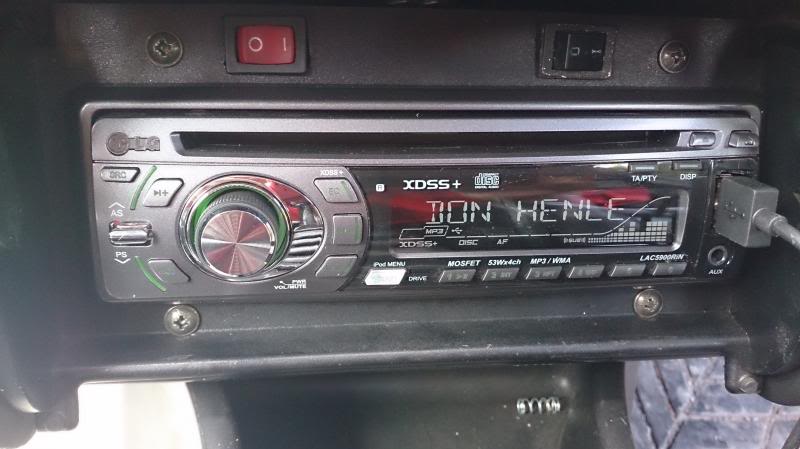 Only just fitted it today, so I'm reserving judgement on its performance until I've tried it properly. Initial impressions are good though

EDIT - good idea Kitch, I didn't think of that. I'm hoping it will be more convenient to access music from the head unit rather than the phone though, but have to try. Certainly wouldn't want to change tracks on the phone whilst driving, but others may have easier to use devices.

Ahh, The JVC does have green illumination - in fact it has nearly any colour you like - you can choose the colours for the dial section and the display section in the display menu! They just have it on the blue setting for the promo pic.

Anyway pedant's hat off, looks like you got a bargain there. Nice aftermarket buttons too! You've probably explained elsewhere but what are they for?
1991 Citroen BX 16v
Top

Ah, I missed the "Independently selectable colors from one another for display & control panel "

The red switch is to disable the interior lights when a door is open, and the black one is to enable the head unit independantly of the ignition. Useful when camping to minimise battery drain, and in conjunction with a remote I can turn the HU off for the night from the boot if I'm kipping in the car. They are (deliberately) not visible from the normal eye line as I think they look a bit naff really.