Grenman wrote: Replaced it and she is a different motor, goes like a train now.
Andy

Would that be like the new high speed Euro link or the Flying Scotsman with a huge trail of smoke?????

Defender110 wrote:
Would that be like the new high speed Euro link or the Flying Scotsman with a huge trail of smoke?????

New filter primer tops are only a few quid from Beals, they're very good for heater plugs, relays etc. too.

Defender110 wrote:New filter primer tops are only a few quid from Beals, they're very good for heater plugs, relays etc. too.

Yes, they are cheap but they are not the same as originally fitted to a MK 1 and you will have to change the ends of the fuel pipes, both in and out to make it work. The original ones have a much larger input and output than what they have in stock. I know, ive tried them.

Grenman wrote: Yes, they are cheap but they are not the same as originally fitted to a MK 1 and you will have to change the ends of the fuel pipes, both in and out to make it work. The original ones have a much larger input and output than what they have in stock. I know, ive tried them.

Yes I've just looked at Matts picture they are much bigger pipes than the MK2 they are proper beefy which is a little suprising as these universal Lucas and Bosch filter tops are very common on much bigger engines than this application. They are a straight swap for the MK2 though IIRC
Kevan
1997 Mercedes C230 W202
2003 Land Rover Discovery Series 2 Facelift TD5 - Daily driver / hobby days and camping.
1993 Land Rover Discovery 200tdi Series 1 3 door - in need of TLC
2020 Fiat Panda 4x4 Cross Twin Air.
Top

Not sure if the Mk1's are the same, but a problem I had with the RD I had years ago was a pinhole in the fuel pipe that ran across the exhaust manifold. At first it would lose power when I floored it, but it gradually got worse until it could barely pull itself along. After trying various things I took it to Tony Weston who bypassed this bit of pipe with some fuel hose and the problem vanished.
Mike Sims
BX 19RD Estate Mk1 - Timex!
BX 4X4 Estate - Oh god, I've done it again!
BX 17RD MK1 - it called to me!
BX14 TGE, - SOLD
XM Turbo SD,GS Club Estate,Visa 17D Leader,HY Pickup,Dyane Nomad,Dyane 6,2CV AZL,Falcon S,Trabant P50,3x Land Rovers (88" series 1,109" series 2a FFR,series 2a Marshall ambulance),DKW F7, Lambretta LD150 x 1.5,Mobylette SP93,Ural Cossack,Ural M63,CZ 250 Sport,Honda Varadero 125,lots of bicycles & tricycles including (but not only) Sunbeams,Higgins & Bates!
Top

Another trip up to sunny Snowdonia (no, really!) allowed Mat and myself (ok, mainly Mat) to sort out some of the BX's suspension issues. I knew at least one suspension arm bush was knackered, others looked ropey and the strut tops were suspect. I wasn't wrong...

Not a bad spot eh?

Car now (unsurprisingly!) feels much tighter at the front end. Also changed the hydraulic pump in a bid to cure the low tick time. Failed. Guess the pressure regulator (as predicted by someone on here) is the issue then. Couldn't get the pump to run once fitted. Wobbling steering didn't work, nor did moving height lever. Might be co-incidence but a stab on the brake pedal seemed to work.

Still A LOT to do on this car and cashflow is an issue. Starting to wonder whether I may have to move this car on for further salvation.

Dont sell her bud, keep persevering, otherwise i know you will regret it.

Well, after a few dark thoughts, I've gone and booked her in for the first stage of welding work. This'll tackle the tailgate hinge and the gaping hole in the rear floor. Depending on how things go, it might result in some improvement to the battered LH rear wing, but that really does depend on a fair wind as my budget is tiny.

At least this work should make her usable. At the moment, I have an estate with a knackered tailgate that's about as practical as a two seater sports car!
www.classichub.wordpress.com
Top 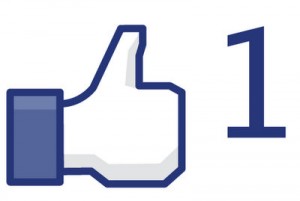 keep the faith, it will be so worth it in the end.

Ive reached a bit of a brick wall with my motors at the moment too
Lots of Motors, mostly semi broken....
Top

Yes, don't give up Ian - you'll get there and when you do it'll be worth it. I now find it incredible that I spent all my free time last freezing winter lying under my RD fiddling with it but I'm glad that I did as it's doing sterling service now.

I've had it for over five years now and I repeatedly lost faith - especially in the colder months - but along the way I learnt a lot of stuff like welding and metal fabrication ( sort of). If you have a Mk.1 estate you are legally obliged to keep it in fine fettle and bring it back to glory!

Nice weather in the Fenwick corner too!

KEEP it in fine fettle?! I've got to get it there first!

Dollywobbler wrote:KEEP it in fine fettle?! I've got to get it there first!

Ime sure you will.