citsncycles wrote:Is the fuel feed from the tank heated by the exhaust manifold? If so, try bypassing this section with some rubber fuel pipe - it did wonders for the 19RD I owned, but took months to track down. The metal section in question had pinholed, which meant poor starting from cold, and loss of power at high loads because as it sucked air into the system. It wasn't a big problem at first but got progressively worse and worse until it was barely driveable.

Chat elsewhere with Mr Fenwick has revolved around the bulb on the filter housing. Reasonably, he has suggested that if air was leaking in, the bulb would feel squishy. It's absolutely rock hard, so perhaps this isn't the issue with starting/running.

I tried it just bulb was nice and firm, two bursts of the new glow plugs. Fires first time and for two entire seconds, sounded blissful. Then it started misfiring badly and eventually stalled. Restarting with lots of throttle meant it kept running, but still running badly with lots of bluey smoke.

On the plus side, the suspension rose almost instantly. It hasn't done that since I got it, so replacing the fluid and cleaning the filters has certainly yielded some benefit.
www.classichub.wordpress.com
Top

That wasn't exactly what I meant - I wondered if manually pumping it would help it start, or reduce the smoke. It may be that there could be air drawn in and the bulb remaining hard, although I would expect it to feel squishy.

Ian,
i reccon its possible that the diaphram has a leak, mine was evident with Sophie as diesel leaked out when i pressed the primer pump.
You could try and bypass this with a tempory fix to see if your engine runs better. That at least would prove it one way or another. Sophie started ok but ran as rough as a dog very soon after and eventually coughed herself to a standstill in the garage. I was dead lucky there. Dont forget, your fuel filter/primer is probably original to the motor and seals etc will fail at that age. Sophie runs sweet as a nut now.

Sorry Mat. Misinterpreted your post. I did try pushing the rock-hard bulb, but it made no difference. Still lots of smoke and poor running. It eventually clears, but as we discovered the other night, the misfire remains even when warmed up. (though at least the lack of smoke means progress isn't embarrassing!)

Andy - thanks. I remember you changing that. It's certainly an option. I have pondered how and where to fit a clear section of pipe to see if there are visible bubbles but don't have any suitable pipe nor any idea of how to achieve what I want!
www.classichub.wordpress.com
Top

I would have considered that if it was a constant misfire, but it isn't. It doesn't go away, but it doesn't happen constantly if you see what I mean. There are times when it runs on four, only occasionally dropping a pot (once warm).
www.classichub.wordpress.com
Top

Ian, i dont think you need clear pipe to see bubbles, a good running engine will tell you things are ok. Jubilee clips, some fuel pipe and some copper pipe to make a bridge will do it or a primer bulb and pipe from a MK 11 might do.

Or even simpler - next time you're up here or I'm down there we can rig up a gravity feed and eliminate the entire fuel system.

Actually Mat, i was just thinking that too.

Well, I tried rigging up a clear pipe, but it soon became apparent that the section of pipe I had was not up to it. I had a peek down the back of the engine, but became horrified by the lack of space.

I'm not convinced that the filter head is to blame. I would have thought that if that had a leak, the bulb wouldn't prime up as it'd be leaking air. I have no firm conclusions though.

A quick test drive revealed that driving normally, the engine runs fine. Very sweetly in fact. Come to a hill and try to climb it with high revs and the fuel starvation feel kicks in. It doesn't misfire in the typical sense, the power just ebbs away as if you've lifted off the throttle. It surges somewhat as if suddenly getting a dose of fuel.

I'm not sure what to do next. Got any plans next weekend Mr Fenwick?!
www.classichub.wordpress.com
Top

Oh dear. Changed the filter housing but now I'm struggling to get it to run properly. The primer now won't go hard and there's lots of misfiring and a general lack of power. Go me! Time for tea...
www.classichub.wordpress.com
Top

I reccon thats your problem, good luck finding a replacement.

Looks different, but I don't care what it looks like as long as it works!
www.classichub.wordpress.com
Top

As long as the input and output pipes are the same as your original one then it might. Sophie's were of 2 different sizes. Also, you have to make sure the filter cover attaches itself to the primer head the same way as your original.If any of these things are wrong then it wont work. Ime told the one off a diesel Ford Escort will work, but you will need the pipe attachments that go with it to attach to your existing fuel pipes so that these can be screwed onto the unit.
First piccy is the original top, 2nd, the replacement. Looking at the one you have found, i can now see it wont do. I got mine from a local motor factor who took quite a while to get it. Did see one one feebay a few weeks ago, went for about 23 quid i seem to remember. 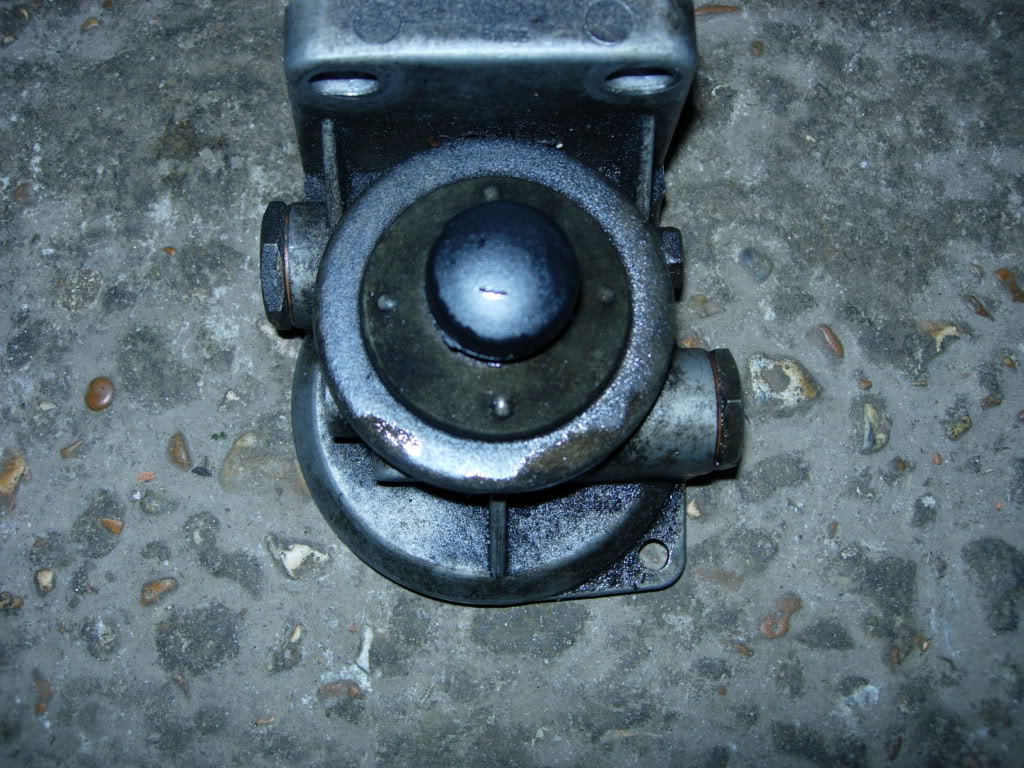 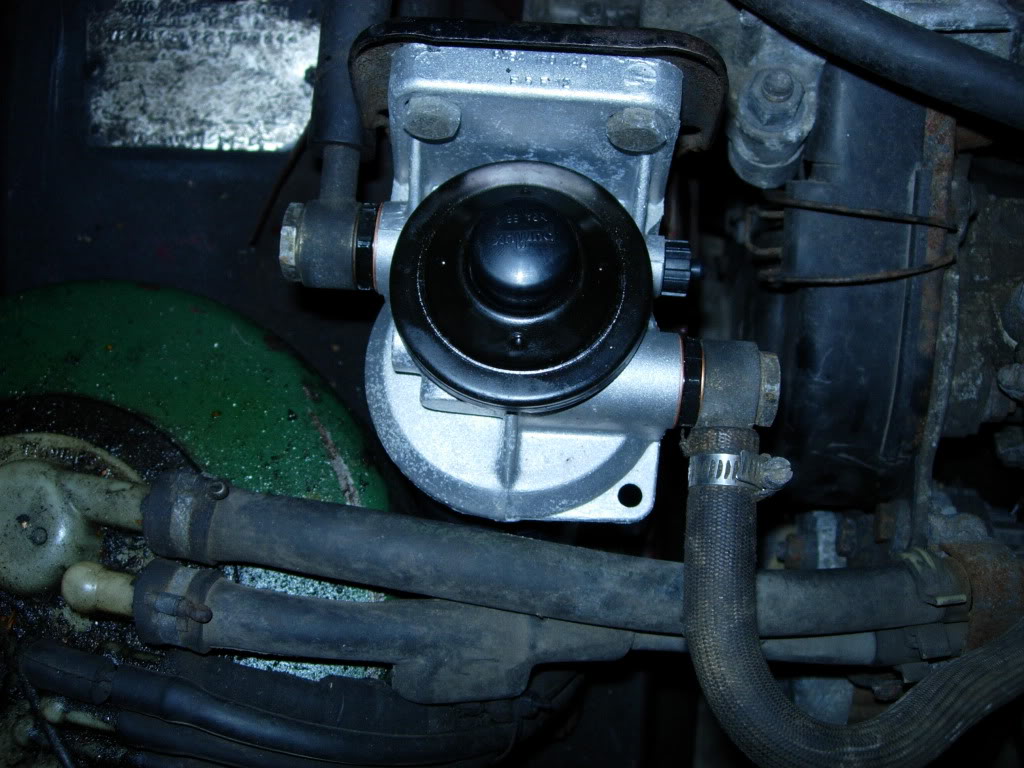