Paul296 wrote:2. The mask's in the 'down' position to allow for the ingress of tea.

I already said congrats on the quit, so congrats on being 'out' now as well, no going back (way too embarrassing ;P) - you'll know you've really made it when you lose count.
Diagonally parked in a parallel universe
1991 TZD hatch (Triton Green)
1992 Hurricane
Top

The 2K lacquer is taking ALOT of polishing as it cures like rock. Compound was no good - had to go back to 800/1200 wet n' dry to flat the lacquer enough to compound and polish. Worth the effort though if you can spare the elbow grease; the middle bit looks like a grand piano now . . . TOTAL POLISHIN'!! 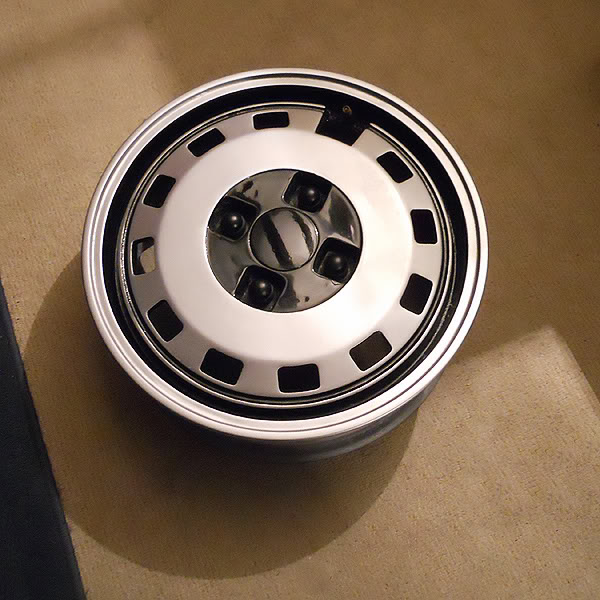 Trouble is Paul, they have come up so well, once there on you will want to drive like a Volvo owner (down the middle of the road )
So you don't risk kerbing them
1991 BX Meteor 1.6

Mickey taker wrote:Trouble is Paul, they have come up so well, once there on you will want to drive like a Volvo owner (down the middle of the road )
So you don't risk kerbing them

You're not wrong Mickey! I've already thought about hanging them on the wall and leaving the steelies and trims on the car! lol

Cor, them alloys look very tasty, and I don't think I have ever seen something SO shiny!
I'm not a Saint, or a James, but a Tom Saint-James!

Those are lovely, look forward to seeing 'em on the car
Diagonally parked in a parallel universe
1991 TZD hatch (Triton Green)
1992 Hurricane
Top

DONE! After 6 months of languishing on my kitchen floor in various stages of being 'dun up' my wheels are now lacquered, polished, waxed and tutto finito. They're of to Yaxley on Sunday where Tim has offered to fit them up with a set of tyres. All that remains then is to fit them to my TGD were they'll begin the process of becoming completely re-bolloxed again. Ho-hum - c'est la vie: je ne regrette rien! 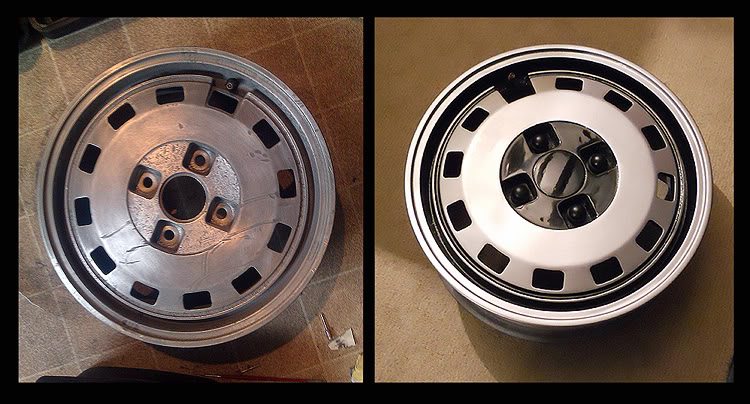 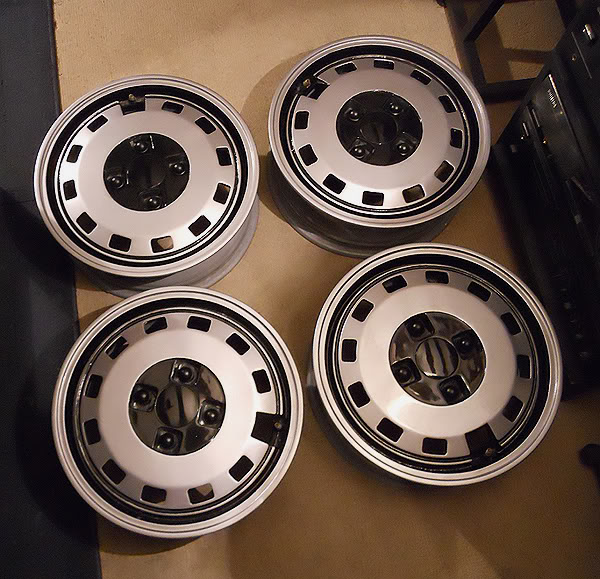 Paul296 wrote:DONE! After 6 months of languishing on my kitchen floor in various stages

What a nice red carpet you have in your kitchen Paul

Xemes wrote: What a nice red carpet you have in your kitchen Paul

Xemes wrote:Are they supposed to roll
or
are they only an artist's work of art

Oh they'll be rolling alright and I'll be having a nervous breakdown every time they get a scratch - it's madness I know but it keeps me out of trouble and there's nothing on the telly in the evenings!

Mr. Mark Smith aka 'mds141' and erstwhile contributor to this forum alighted on Newark this weekend - and more specifically chez moi - to get a lick of paint applied to his window surrounds in a sort of pre-NEC fettle. Anyway, we did that (looks nice) then took in (some of) the delights of rural Nottinghamshire in our respective Citroen BXs. Intermittently, we drank coffee, ate cakes and moaned about how crap everything is these days and how nothing is 'like it was in my day' - which of course it isn't: it's much much worse. What with the sunshine, the delights of Gunthorpe lock (I might suggest it as a venue for an East Mids CCC meet a some point - it's very nice) AND moaning about how everything about modern life is absolutely shit - there was much to feel cheerful about. 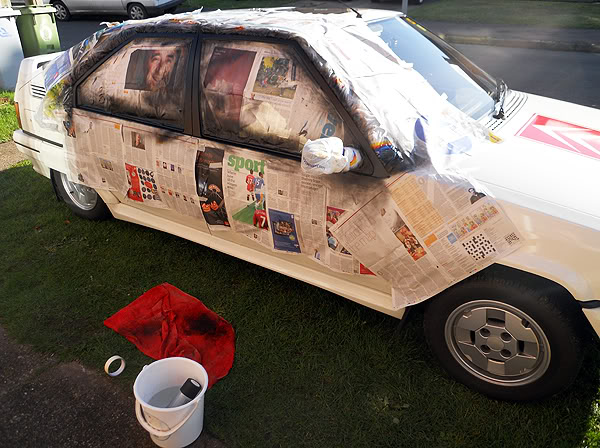 That isn't a strange man with a big head looking out of Marks BX - it's just a photo in a newspaper. 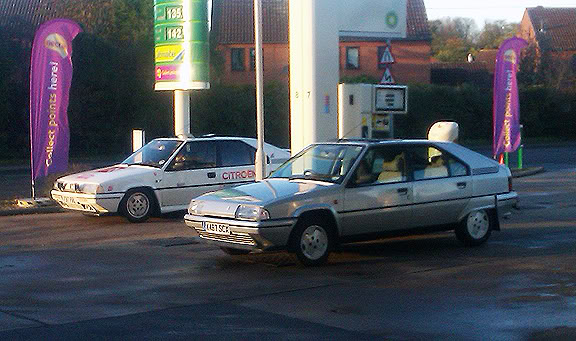 'Wow, look at those two lovely Citroen BXs. You don't see many of those knocking about these days do you?' I expect quite a few people said that while we were driving around, but we didn't hear them - we were too busy moaning about how the whole bloody world has gone to the dogs (which it has). 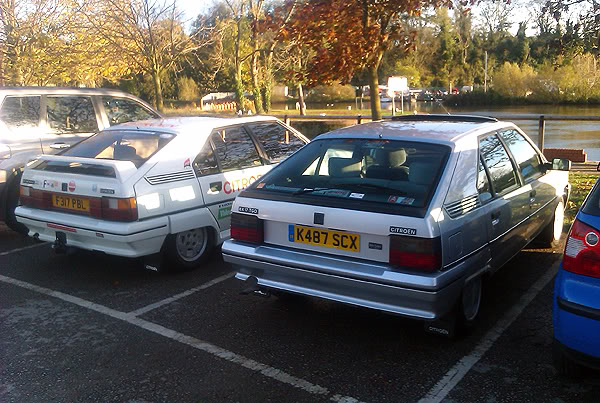 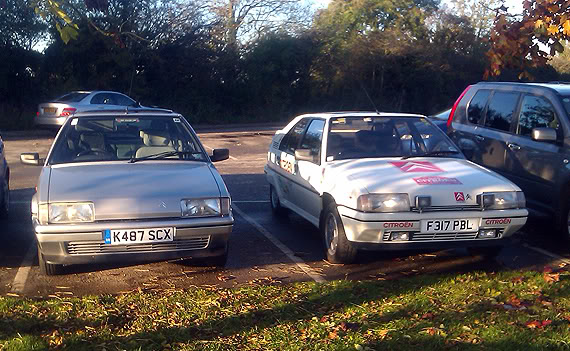