Now you know that , I can send you the movie of Paul trying to get his BX repaired :

Dear Paul,
Good heavens you both now how to get things done don,t you

Well done. Paul your BX is looking terrific these days

I was pleased to see your punture hadn,t scratched your wheel Paul, as they do look really nice

Thanks Vince. It's stating to look very nice now that TGD. It didn't occur to me that the puncture might have spoiled the alloy - luckily it didn't.
Top

Er, is the stone chip paint you used actually water proof? I discovered to my cost on the 2CV that the coat of stonechip it had after some welding work was not impervious! It's designed to go underneath a coat of normal paint.
www.classichub.wordpress.com
Top

Dollywobbler wrote:Er, is the stone chip paint you used actually water proof? I discovered to my cost on the 2CV that the coat of stonechip it had after some welding work was not impervious! It's designed to go underneath a coat of normal paint.

I'm not sure to be honest with you Ian. I'm hoping I'll be able to get the welding done fairly shortly and put a coat of paint on it. Now you come to mention it I might get the bumper off again and coat it in Waxoyl - like you say, you can't be too careful!
Top

This is a 'polishin' blog' and 'polishin' - in this instance - is a catch-all term for any inane and peurile tartin' that makes no practical contribution to the mechanical well being of the car whatsoever; step forward 'refurbishing contour mudflaps'! 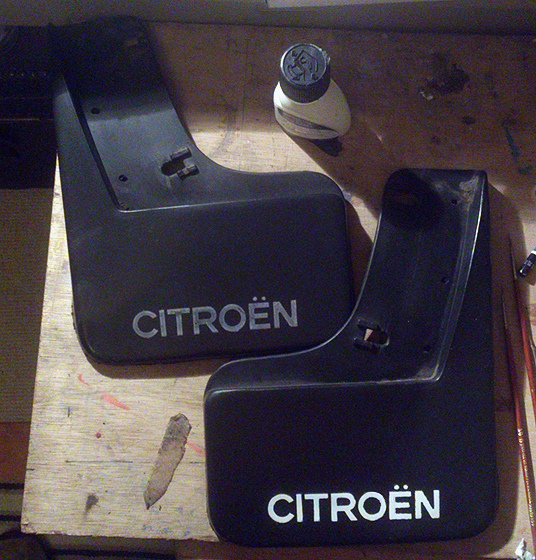 You can paint round the word 'CITROEN' with rubber masking solution then just respray with gloss white paint - brilliant. Anyway, I'm off to 'man up' and learn how to weld. Meantime throw beer cans - see if I care

Did I hear you say paint on masking solution? How very interesting, never knew such a thing existed. By the results I see that it works, is it difficult to peel of afterwards? I always get very impatient with masking tape, it's such a fiddle.
I'm not a Saint, or a James, but a Tom Saint-James!

Paul you wouldent need to man up if you just stopped going with the Freddy Mercury french maid look, just loose the pinny and the feather flick lol
1991 BX Meteor 1.6

My rear flaps are rather faded!

saintjamesy89 wrote:Did I hear you say paint on masking solution? How very interesting, never knew such a thing existed. By the results I see that it works, is it difficult to peel of afterwards? I always get very impatient with masking tape, it's such a fiddle. 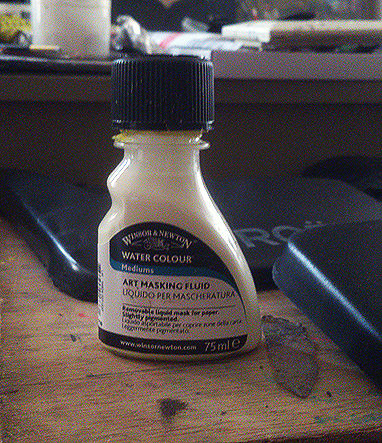 Maskol is a drying rubber solution that watercolour painters use to mask out highlights. It looks (and smells

) rather like Copydex glue and just pulls off in a clear film once it's dry. You couldn't really use it for general masking as it's fiddly, and you'd need masking tape to get a straight line anyway, but for small bits of paintwork detailing it's perfect. It's about £7 a bottle if you buy a quality one like Winsor and Newton or Daler/Rowney. Now, where's that faded rear wiper switch that you can never find new for love nor money . . . ?

@ Mickey, Aww - but it makes doing the housework so much more fun!

@ Tim, you can get a cream for that, and don't scratch it; you'll only make it worse.
Top

I went over with Tim this evening to have a look at the 'Citroen graveyard' that Daniel (Peanuts) mentioned and posted some pics of on his 'Rust in peace' thread. The pictures don't really do it justice - it is a staggering place with well in access of 100 cars I would have thought. It went on and on and on and Tim and I wondered round more or less speechless. Not just Citroens either but all very interesting cars . . . 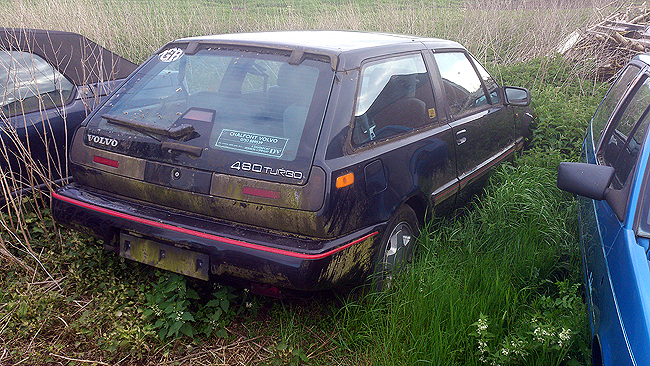 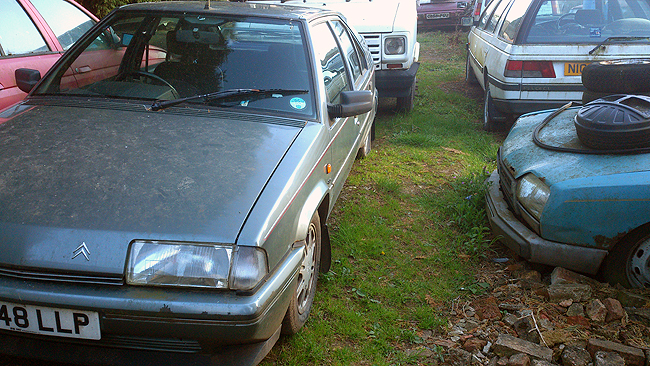 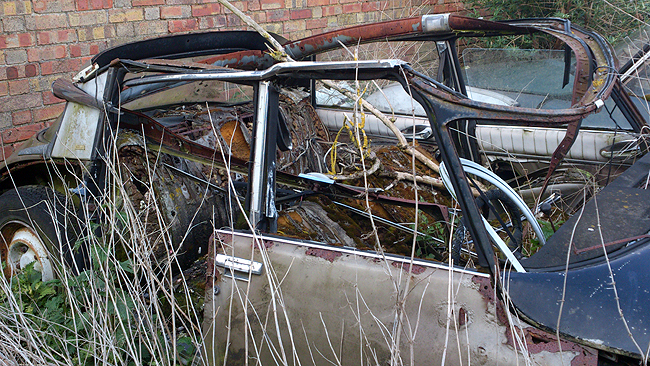 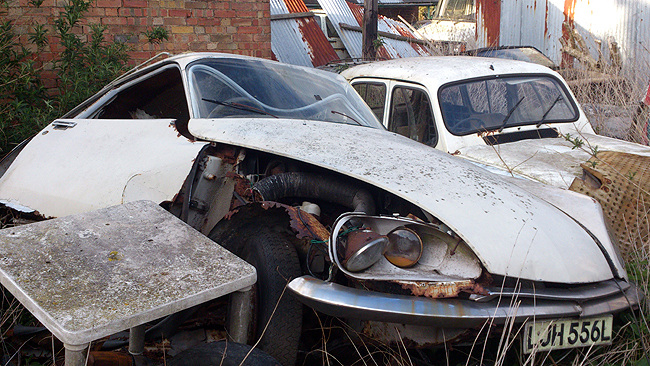 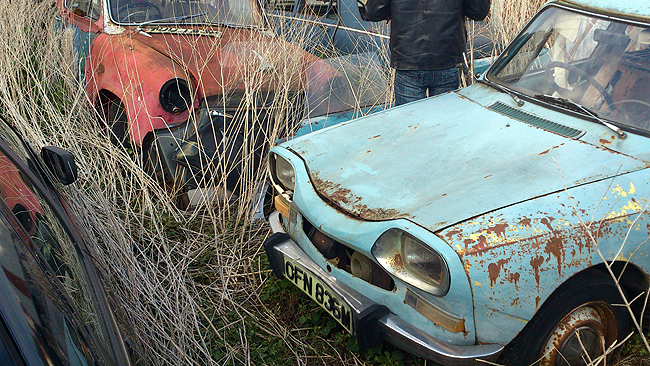 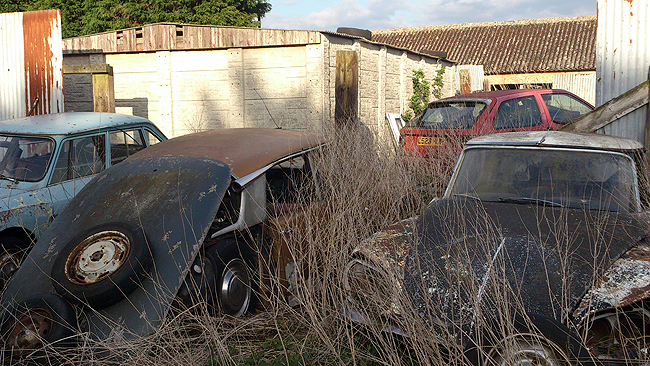 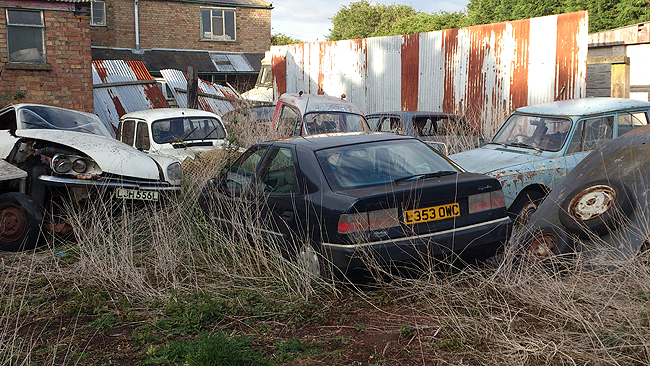 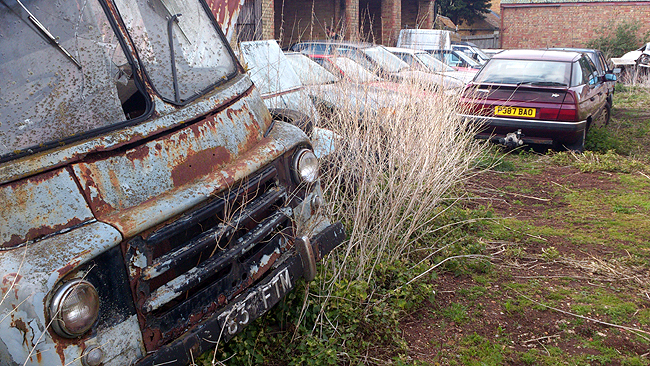 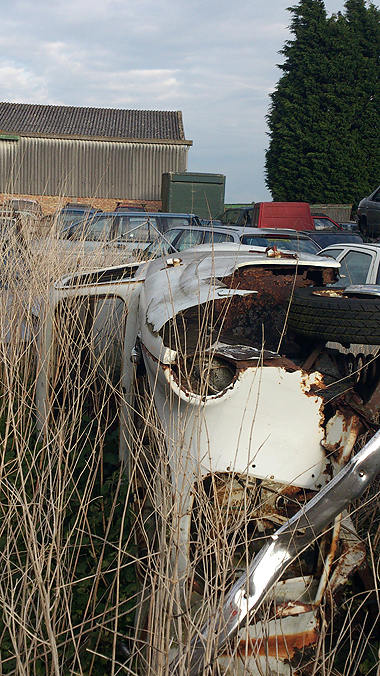 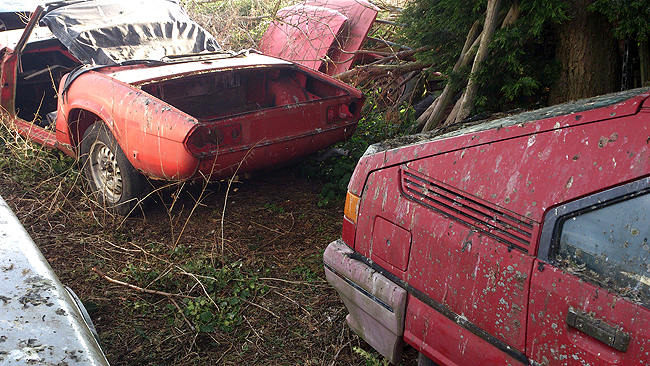 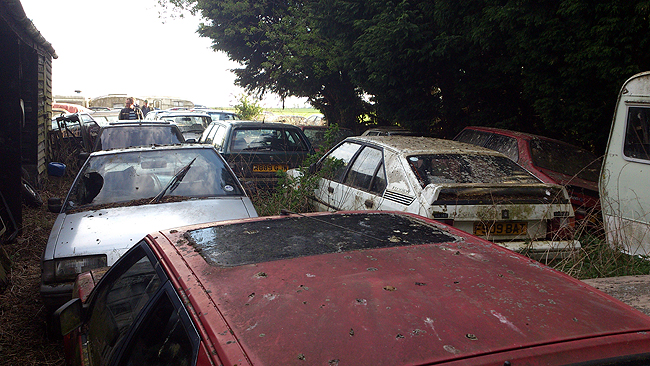 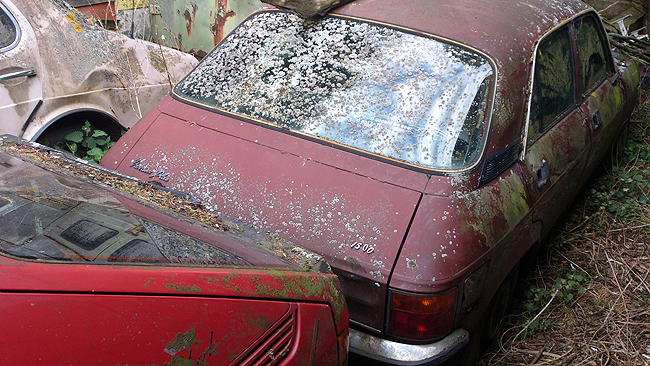 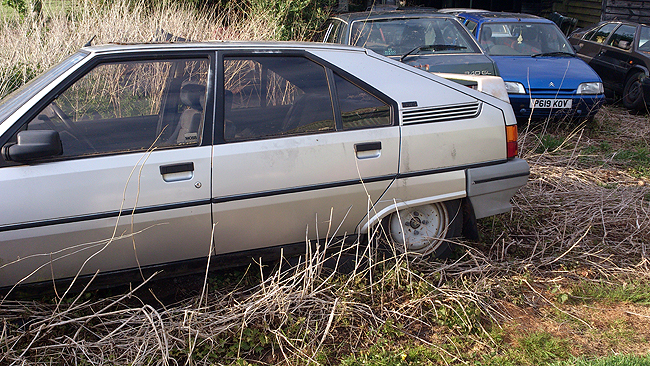 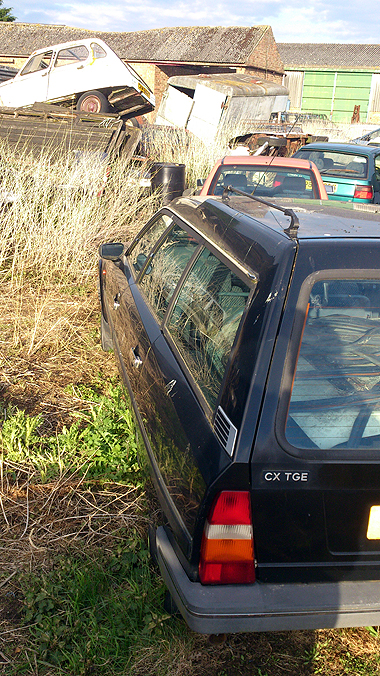 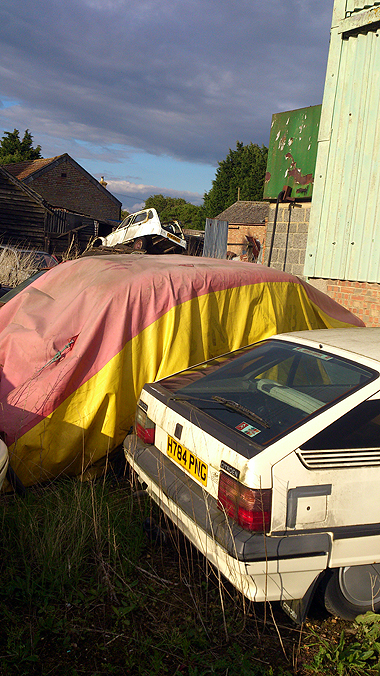 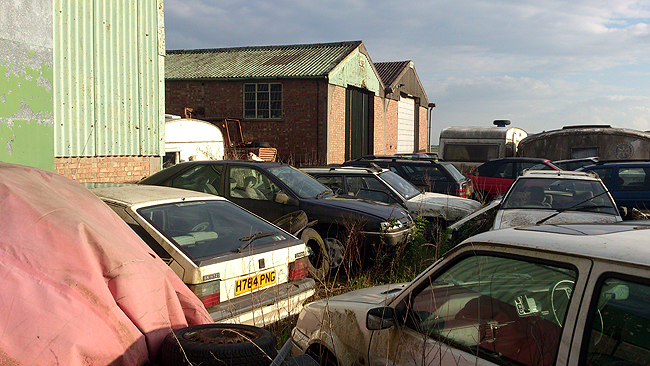 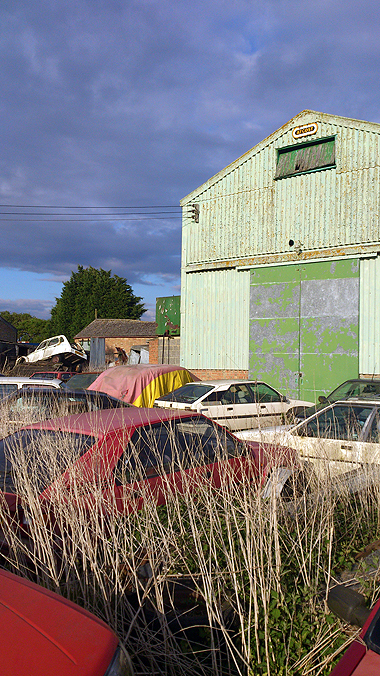 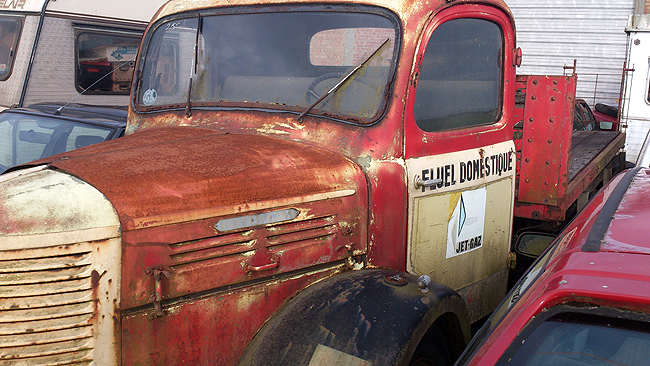 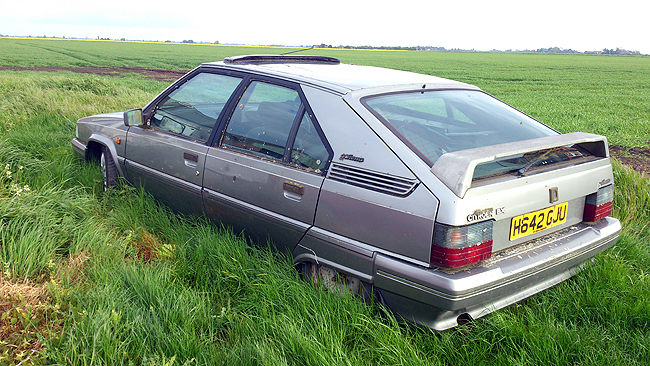 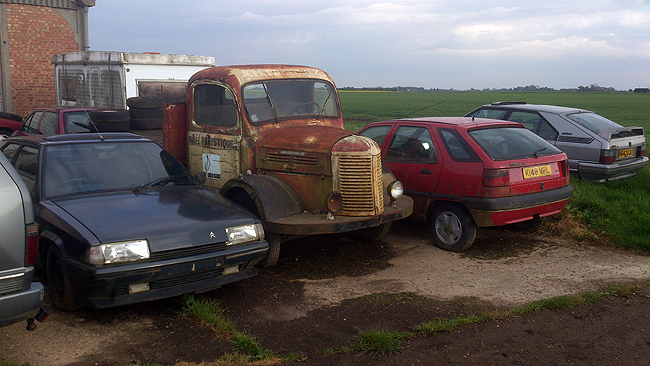 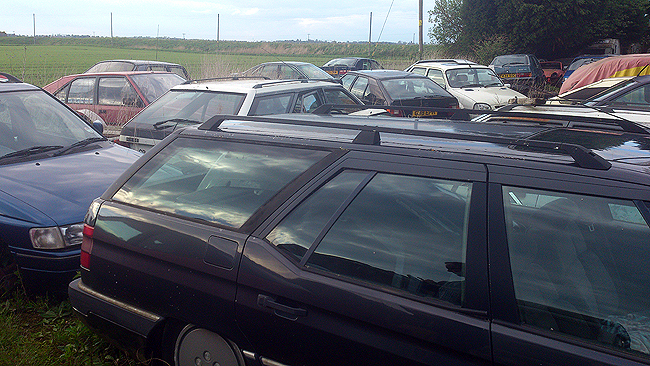 Last but not least I managed to get a rubber duck-tail spoiler in superb condition for my TGD. Not an easy thing to come by these days, so for a tenner I was doubly pleased. It's cleaned up really nicely and a good soak in olive oil has fed the rubber ready for fitting. I really need a bit more aerodynamic control on the end of that car just to tame the beast!

What a place!! Thanks to Daniel and of course Alan the vendor who let us wander around taking pictures. Kevan nearly all the cars were scrappers, which Alan saved from the local breakers as he though they were either too interesting or useful for spares so in his defence he has saved alot from being crushed along time ago. Of course some have sat there for over 20 years and are completely rotten away (the L plate DS 23 Pallas for one which drove to its resting place sometime in the last 1980s!) and the Alfa Romeo is more fresh air than steel!

Some of the newer stuff is either scrappage scheme that shouldnt really be alive or just cars that caught his eye, sadly the 300000 mile 19RD Mk1 has been offically scrapped.

You can either by a complete car or just a part, prices are reasonable (the Athena is £200 if your interested), but Alan is keen to sell cars complete where possible, the accident damaged/rotten ones are for spares but cars like the 480/Athena and Orion would be a going concern.

He has some nice BX's which could be put back on the road including a tidy GTi Auto, TGD auto, Meteor, TZD Turbo and a faded (red) but pretty much mint 14RE with TU engine with just 53000 miles needing a headgasket which could be a show winner with some fettling. There lots of wheel trims, mudflaps, bumpers and interiors left on some of the cars that could be useful.

We counted over 30's BX in total plus parts, there was some rarities including a 14E Leader, 14TE basic (low miles and tidy), a rear ended 16RS Pilot and 19TRS Hatch and Estate.

Be warned though, tres-passers will be shot on sight as he has had lots of issues with local "pikeys" steeling....Tony Martin who shot the burglar a few years ago is a friend of his!

oo a 300 series volvo next to the blue ax , now theres a car thats picking up in value.

I was going to say the guys mad getting them and letting them rot but under the circumstances I take that back,
I would still get rid of the shitters and weigh them in for scrap just to tidy the place up a bit though

He is slowly working his way through them and has scrapped quite a few, theres some early CX's in there too plus an XM or two, I doubt you would make any money by taking on any of the projects but some of them are quite rare....