GT collected! Filled up with fuel, just having lunch then i'll start cleaning her - she's filthy.

Drives rather well for a car that has been off the road since 1996, front ride height isn't quite riight (a bit low, so not as soft as could be) the engine isn't quite right, it'll hesitate on light throttle for a couple of seconds, then be fine. Gear linkage still needs doing, only popped off once in the 20 miles i've done today. Carb could do with an overhaul, and the ignition timing could do with tweaking. But really not too bad all things considered!
I'm not a Saint, or a James, but a Tom Saint-James!

You may find some willing helpers tomorrow Tom to sort out those niggles!

I'd put some redex in the tank as it won't do any harm!
Lots of Motors, mostly semi broken....
Top

That would be ace! Noticed today that the front struts are very jerky and sticky, not sure i'll have time to do anything before tomorrow as we're out to dinner tonight with friends (in the GT of course), so i'll bring some lubricant etc to the X rally.

Gave her a good clean outside, not enough time for the inside, the seats all need shampooing as over the years when i've been working on her i've gotten oily fingers everywhere! The bumpers and other exterior plastics are very hungry, sucked up the trim wizard I applied (the blue stuff you suggested Tim). 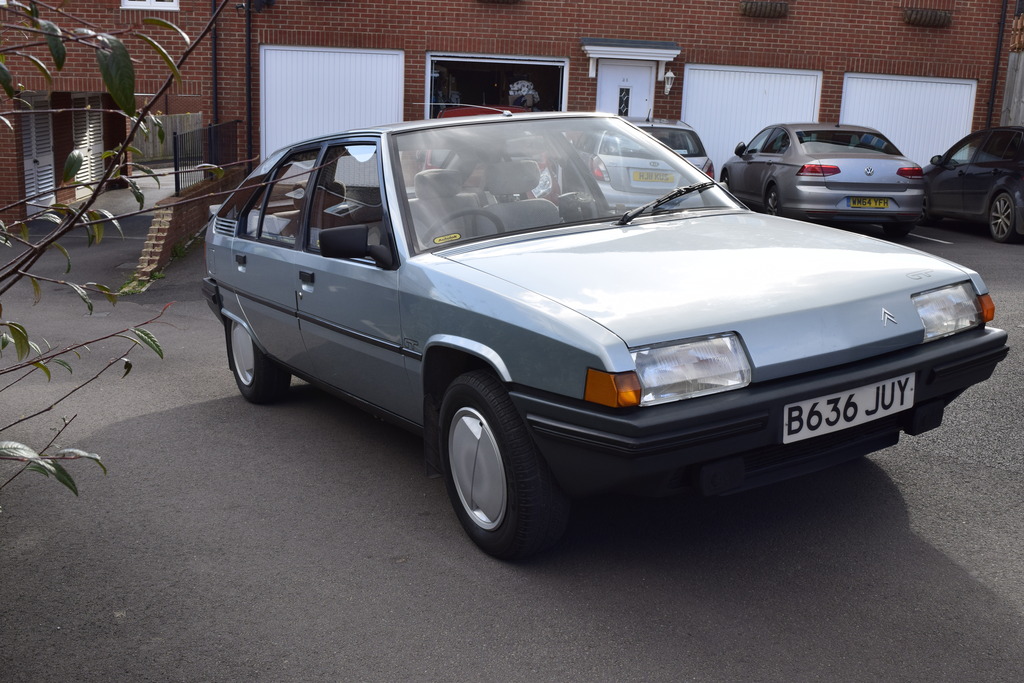 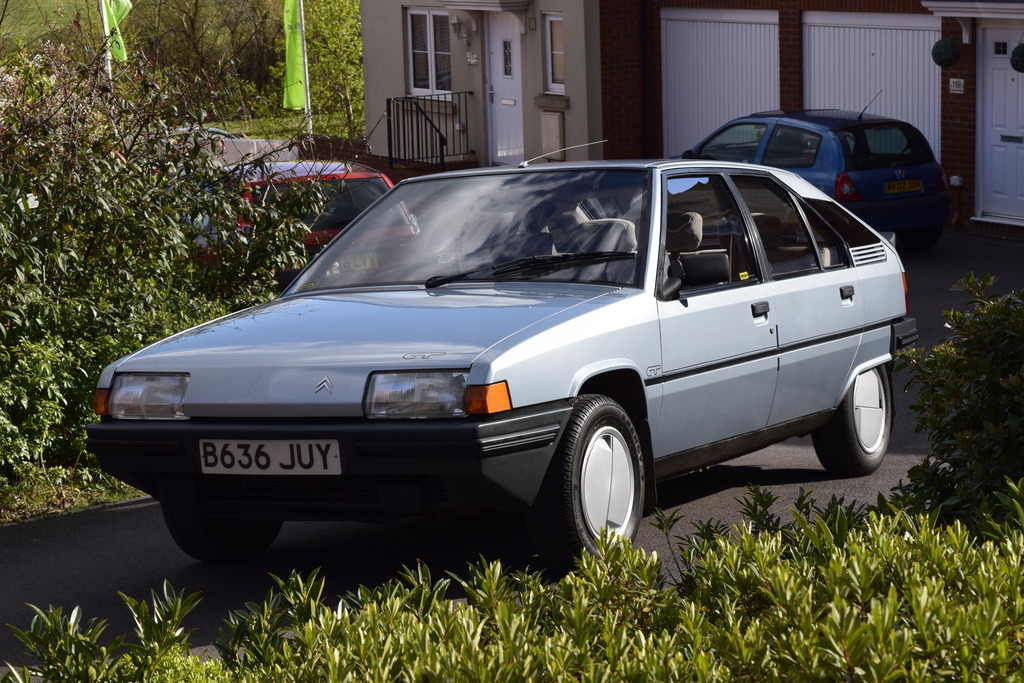 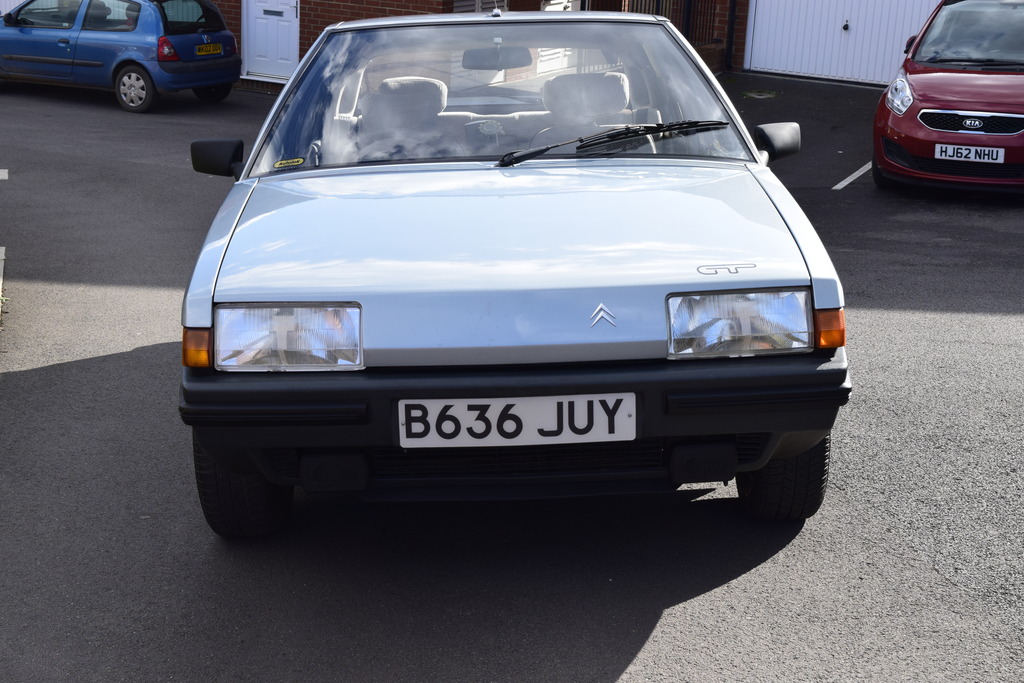 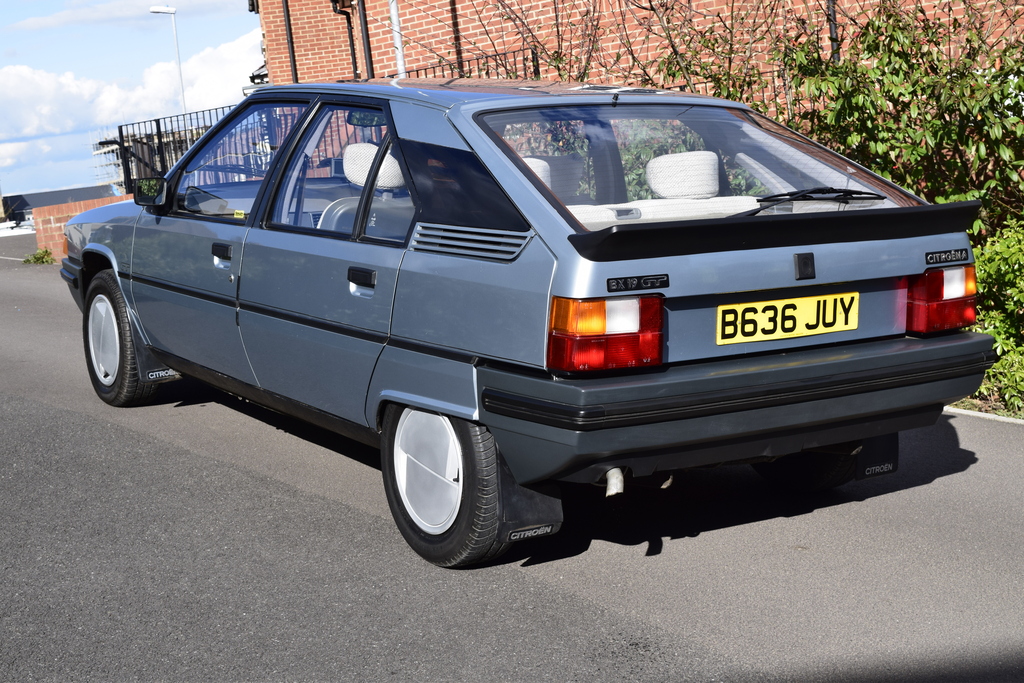 All the headlamps/rear lights/indicators need replacing, they have condensation and algae on the inside, luckily she came with a full new set! (except indicators) even have a set of headlamp protectors in a box, not sure if they're new. The bonnet and front wings are the worse areas of paint, quite chipped and scratched in places. The sides seem to have the most dings and dents though. The rear mudflaps need replacing too (new ones came with the car).

As she will be outside a little more often than in the past, I cleaned out all the drains, so the inner wing, windscreen and rear spoiler. No rust, excpet a little bit of surface. Had the washer reservoirs out too for a scrub, and to clean out all the gunk underneath them, the wiper mechanism will have to come off at some point to get all of the cack from under and around that out. 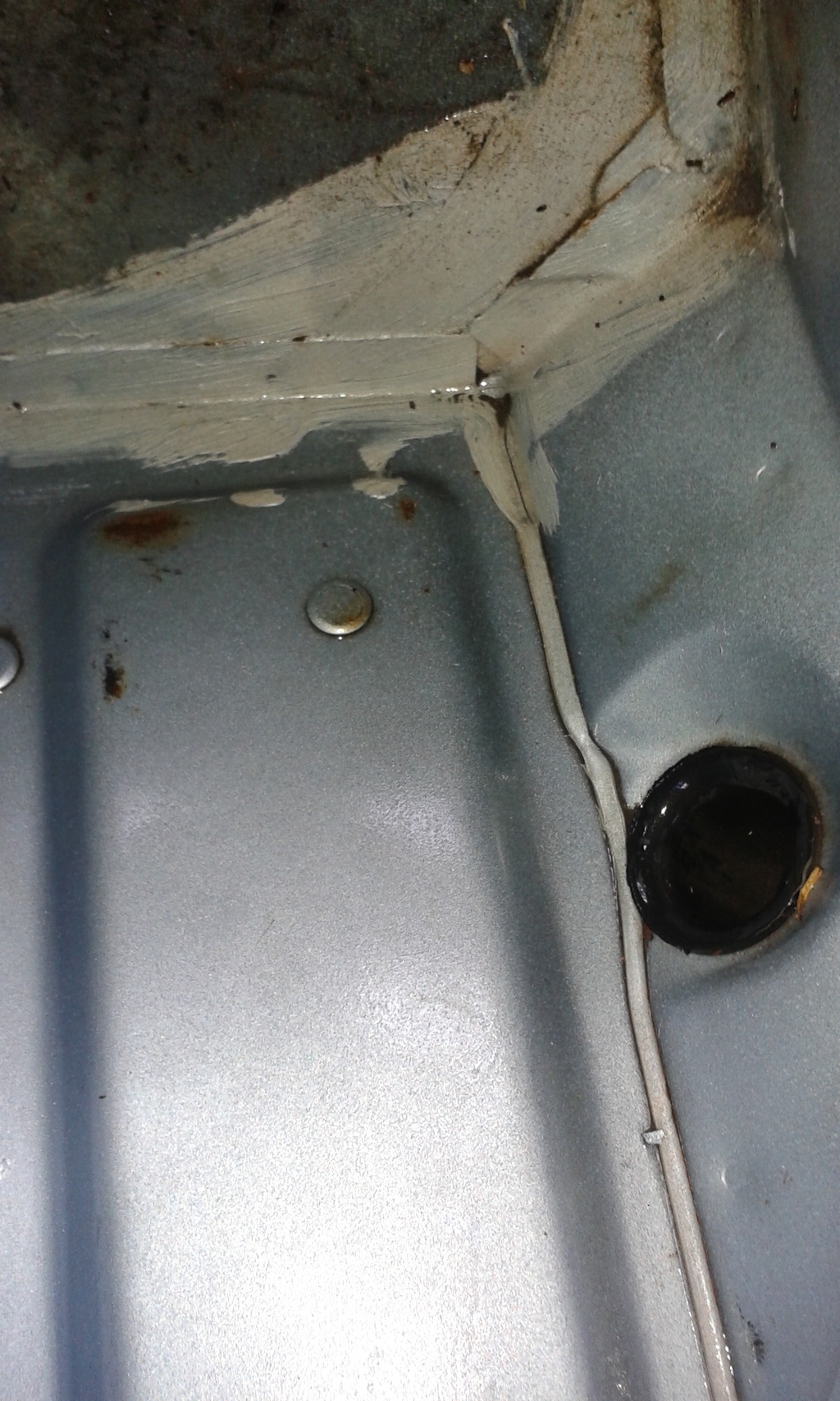 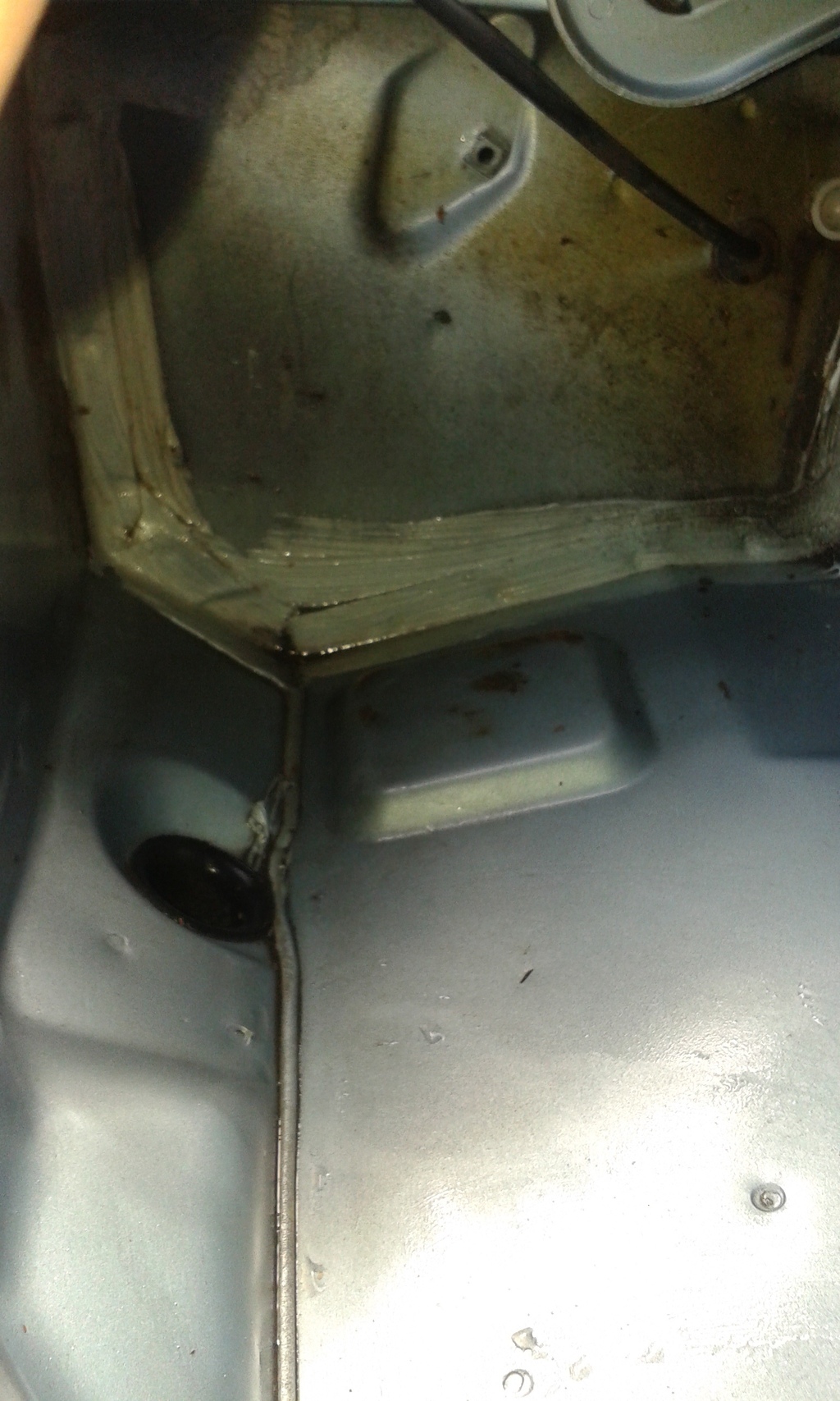 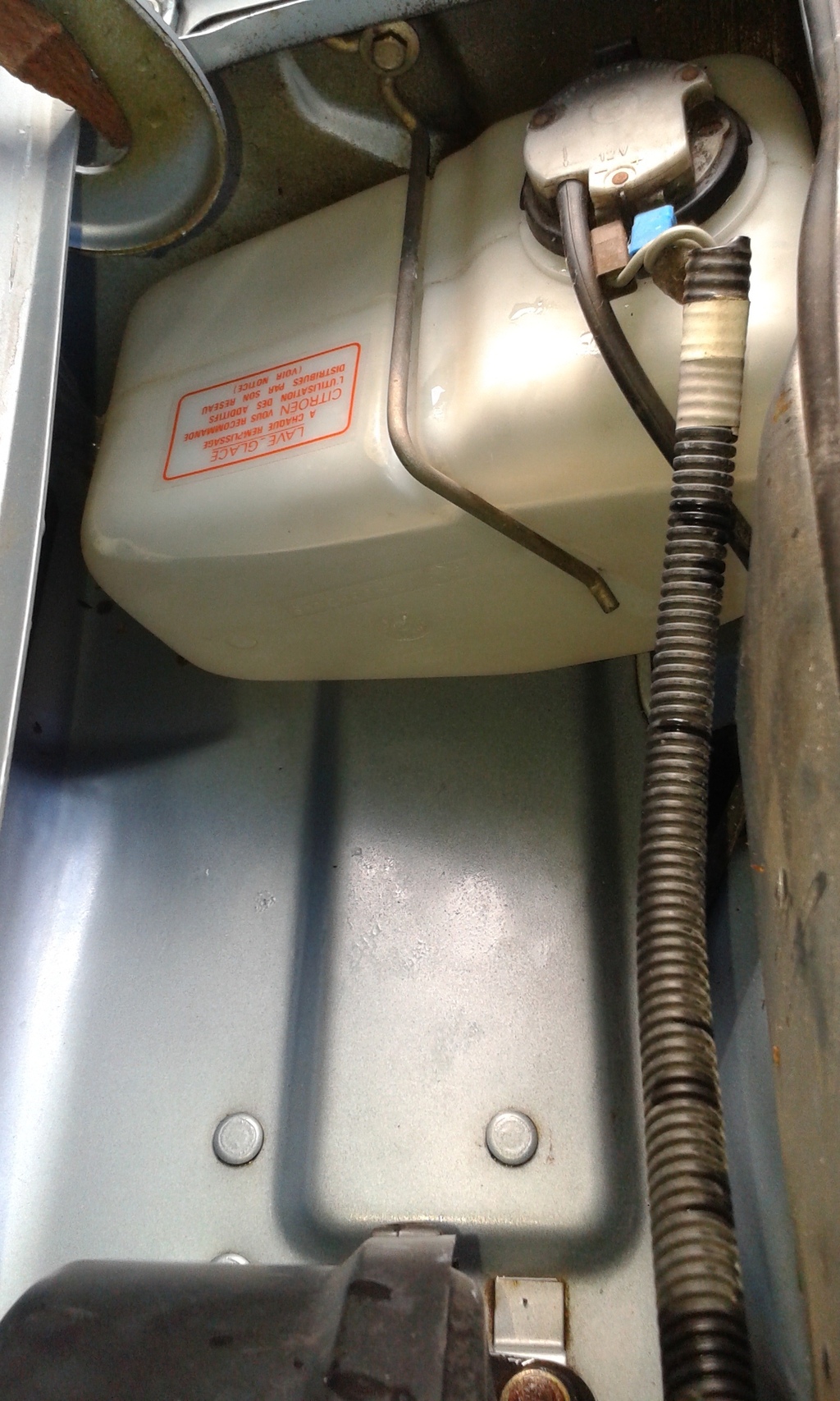 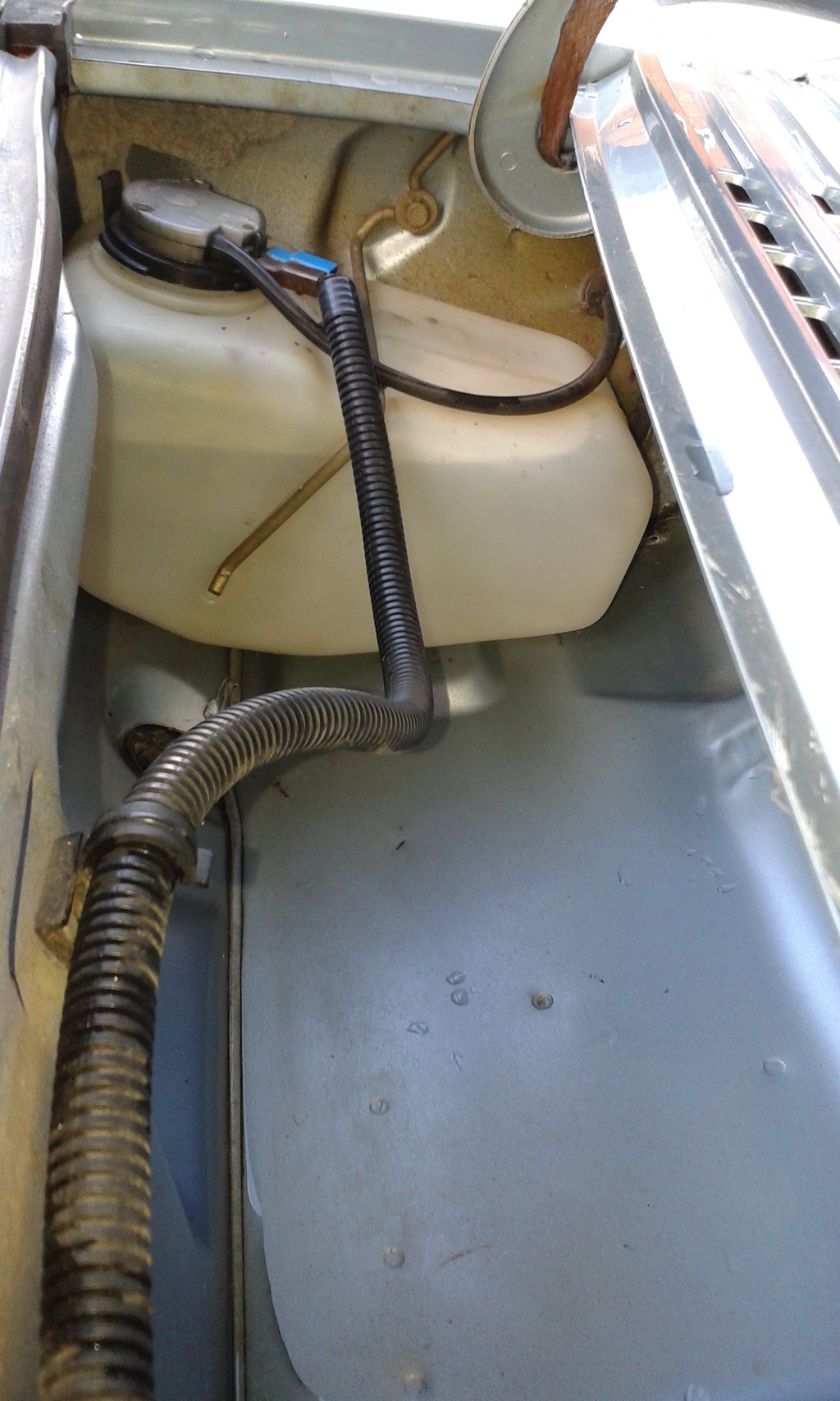 Next priority is the carb, I feel like a rebuild would be benificial including the autochoke mechanism (saw a new waxstat somewhere on the internet), she isn't quick - at all - not that i've pushed it yet, really quite torquey though. After that, probably the rear arm bearings, she's done 60000 miles and been laid up for a while, so I am guessing they'll start to make themselves known soon. For all of this though, I will need to save up! I spent nearly all my funds saved for her on getting the MOT/pipes (front to backs and nearly all the rear ones)/water pump/cambelt tensioner done.
Lets hope she gets to the X rally tomorrow! It's 211 miles from home...
I'm not a Saint, or a James, but a Tom Saint-James!

500 Miles in the last two days, and no new major issued to report! I was quite nervous about the journey today but she did it without any fuss; and what a comfortable way to travel!

Some things that do need doing, carb need setting up correctly, as does the ignition timing, the radio stopped working sometime when it was in the garage and there is some quite characterful clunks and thumps on bumpy bits (like the gravel track to Burghley house).

Im taking her to work tomorrow to show her off, then she'll be tucked away until next weekend when I can do some tinkering!
I'm not a Saint, or a James, but a Tom Saint-James!

Spent a couple of hours on the GT this afternoon. Clutch adjusted, pedal travel was 110mm but supposed to be 130-150mm, it's now at just under 140mm. Feels much better, still a bit 'baggy' and not as sharp as my C1's, the biting point is higher and the pedal looks almost an inch higher than the brake pedal so i'll measure the travel again after using it tomorrow.

Checked the cam bearing nuts for tightness as I was paranoid the were loose after having the cam out back when, they were all quite tight.

Gave the carb a good dosing with carb cleaner, then it wouldn't start for ages! I forget with this car, you have to floor the accelerator for it to start when warm (not hot or cold), noticably more responsive now. Carb very much still needs looking at though, still waiting for a couple of email replies.

Also lubed the front struts. WHat a difference! Will do the return pipe trick when I can be bothered, same with the LHM filter, almost certainly needs doing.

The coolant has gone a lovely rusty brown colour, I thyink it's not oily, it's difficult to see on this engine as the expansion tank is on the side of the radiator and is black, not clear. But there is no oily sheen to the surface. Will do a flush at some point, will need access to a hose though to do it properly.

Put the new speedo cable in, still doesn't work! But I don't think i've screwed the top cable onto the joint unit far enough, but as it wouldn't start I was more worried about getting it running, then it was too hot (exhaust manifold and a metal water pipe are just in the wrong area here) and I kept burning my underarms so will have another go tomorrow when it's cold. The cables are so inlflexible it's difficult to get the unions together squarley, the upper cable has to bend 90 degrees after it ccomes out of the bulkhead.
I'm not a Saint, or a James, but a Tom Saint-James!

I have a spare speedo tom of needs be mate
Lots of Motors, mostly semi broken....
Top

No progress to report. Haven't even managed to use her for the last three/four weeks. Worked out she's only doing around 20mpg, and sounds like she's running quite rich, a little bit of popping on overruns with the window open!

I have bought a carb rebuild kit and a new auto choke waxstat kit so the carb can be rebuilt, just got to take it off and send it to the kind chap who said he'd rebuild it for me. We go on our honeymoon next week so won't have time to do it until July, unless I whip it off quick Monday morning.

She'll get some use this evening and tomorrow, which.is good and ill put her away clean this time! She's quite dirty atm.
I'm not a Saint, or a James, but a Tom Saint-James!

Gave the GT a quick clean this afternoon in the glorious sunshine! Thought i'd put that new fuel filter on whilst I was at it as I thought it'd only take a minute. Nice easy job! Had to make an educated guess which way around it was supposed to go by looking at the pipes, but got it right. Old one had no arrow or maekings on it left! Goodness knows how old it is - but already I can tell the idle is less lumpy and she seems to be running smoother, a drive later will be interesting to see if there is any difference. 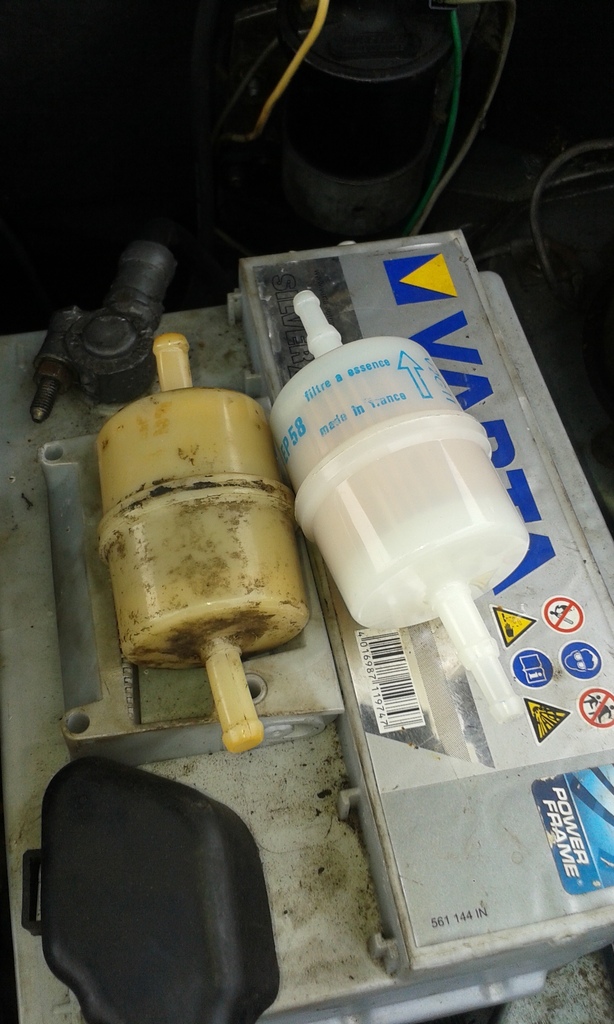 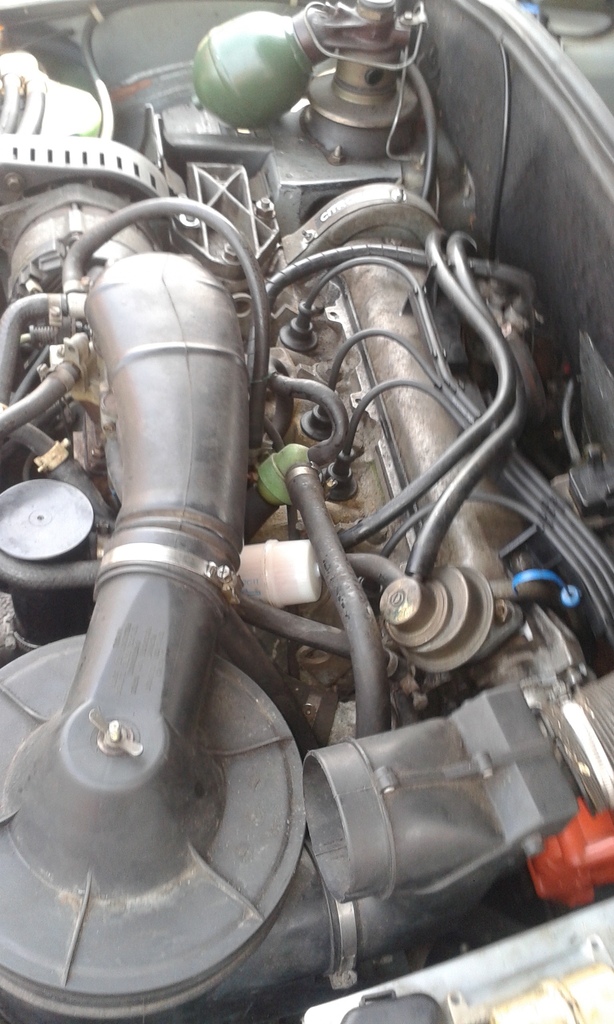 After writing this, she'll be properly dry, so I'l put another application of trim wizard stuff on the plastics, and then a few jopbs ion town and back to the garage - i'm really hoping to have time enough to get the carb off, and posted. We shall see.
I'm not a Saint, or a James, but a Tom Saint-James!

Also, something I forgot above, lubed the front strut exteriors yesterdsay with good old 3in1 it made quite a difference! Oddly, every 5 seconds the front end would sink to the floor and then rise up again, but really quickly, way way quicker than i'd ever seen a hydraulic citroen raise/lower before (the ride height lever was in normal height the entire time). I should have video'd it as it looked like those pimped-up hip-op big american classics that have had hydraulics installed so their front ends bounce. If I weren't concerned that the front HC had let go it would have been funny!
I'm not a Saint, or a James, but a Tom Saint-James!

Carb off! Hurrah. Much simpler than I expected. 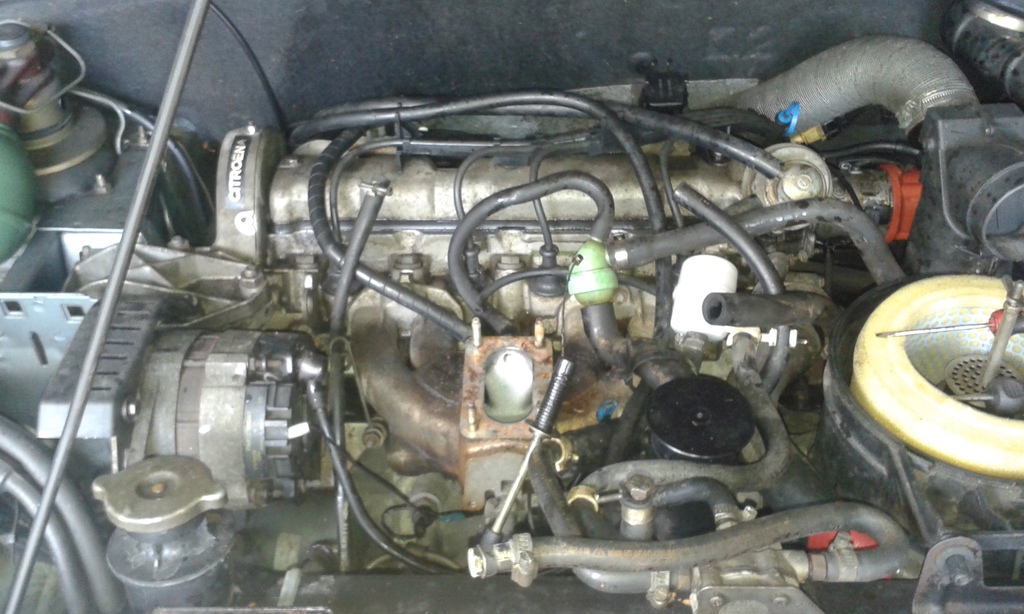 Even managed to clean the exterior and what interior I could reach with a tooth brush and some white spirit, then I gave it an all over blast with carb cleaner. It was VERY dirty both inside and out when I took it off, and the carb-inlet manifold gasket is very mankey too. 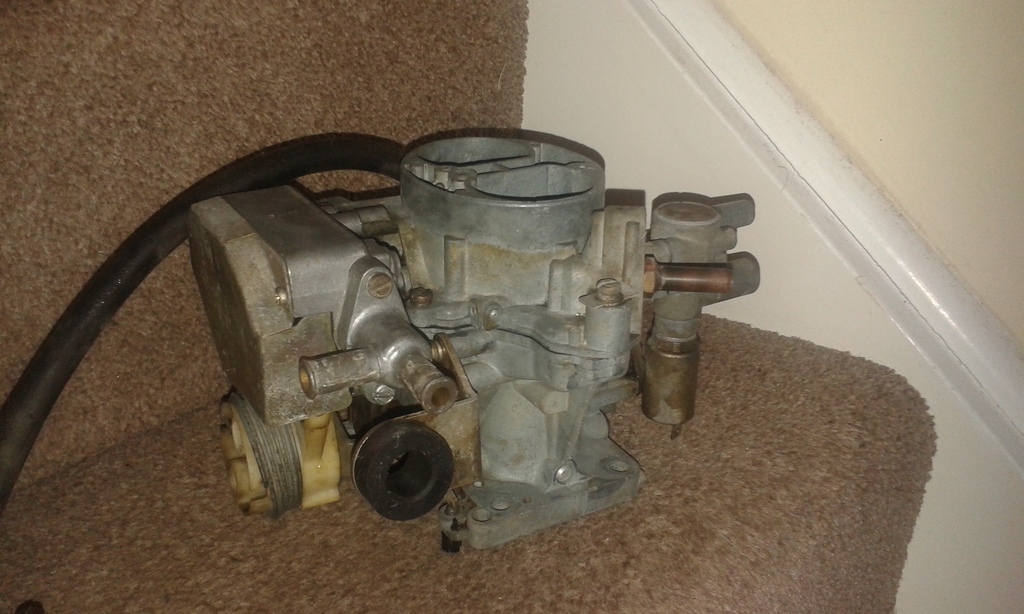 Good work tom, I can't tell you how well mine runs now after a rebuild, clean and a fresh fuel filter (same one as you have) it's a joy to drive,

It's have a new accumulator sphere and regulator on Wedneday courtesy of Pleiades and Mr Walster. Funny it's on the same spheres as when I bought it and the ride is still sublime.
Lots of Motors, mostly semi broken....
Top

I am looking forward to driving it when the carbs rebuilt, it's ok now, but is a bit lumpy and jerky and it's doing in the region of 20mpg

The struts are much less sticky now i've lubed the outside, after the honeymoon and when the carb is back on i'll do the return pipe lubing trick and see what that does. I think the biggest comfort improvement at this stage would be to get the track rod ends/ball joints sorted - there is all sorts of clunking going on at the front!

Did you get yours ultrasonically or chemically cleaned Tim?
I'm not a Saint, or a James, but a Tom Saint-James!

I know! Its popping and crackling on overrun so probably running rich, the timing is almost certainly out too. I'll get the carb properly set up and timing adjusted by a garage when the carb is back on.
I'm not a Saint, or a James, but a Tom Saint-James!