Speaking of G-SEG, I saw this marvellous machine at Prescott a couple of weeks ago and it made me think of you... 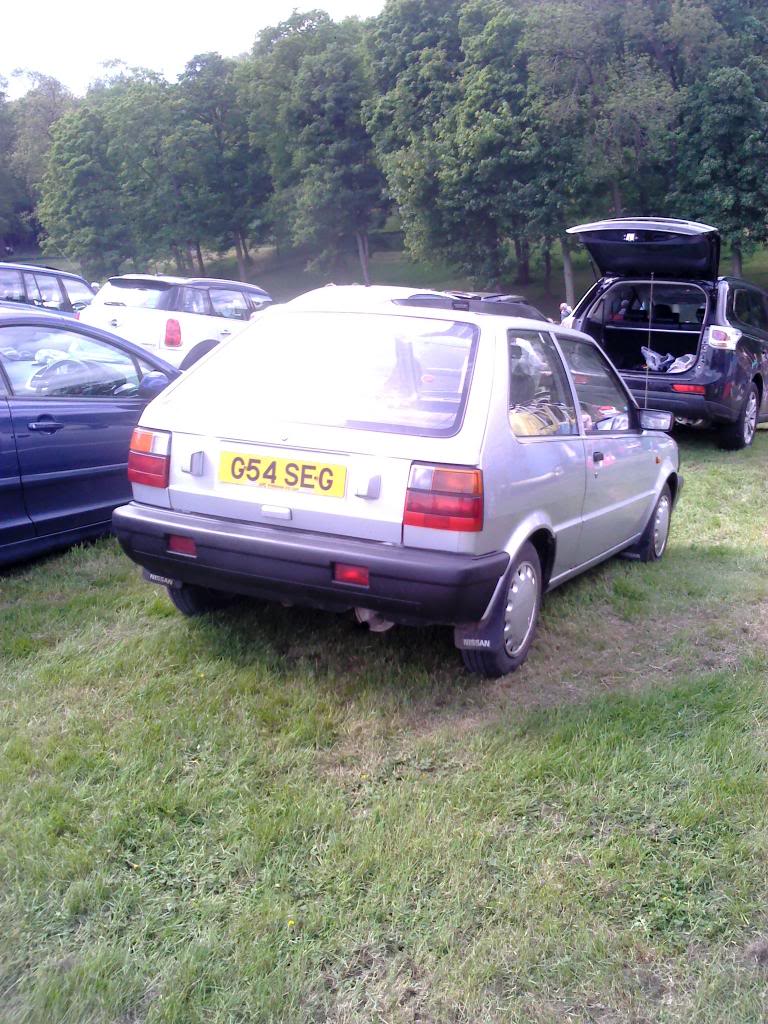 Sadly it wasn't going up the hill, only in the car park.
Good heavens! My signature's been moderated...
Top

What is this bolt of which you speak?
Good heavens! My signature's been moderated...
Top

It would if I wasn't putting the air con in BAH! Just have no time to spare these days, but when I do eventually pull the engine out first job will be remove that bolt or measure it and get it drawn.
CCC BX monthly column writer bloke thingy - bx@citroencarclub.org.uk

Is this the bolt that holds the a/c compressor onto the engine?
1991 Citroen BX 16v
Top

Is the bolt there? the compressor had been removed from the car when I had it and was in the boot.
Lots of Motors, mostly semi broken....
Top

I've been meaning to get it out (or work out the dimensions) so either Vanny or I can put some into production, but I just haven't had time to play with G-SEG for ages. It still has the engine in....it still runs!

I will find it out though (because one day I'm retrofitting it onto BAH) and when I do I guarantee I'll work it out and make some (or give someone the drawings to make them).
CCC BX monthly column writer bloke thingy - bx@citroencarclub.org.uk

It's not a bolt for the compressor, its the bolt for the valver specific idler pulley for the aux belt. The stupid bolt is M8 one side and M10 the other with a spacer/washer of a specific thickness in the middle. Unfortunately because i've only ever had one half of the bolt, i dont know how long the thread should be, whether the thread should be the whole length or not etc

Tried ordering them from Citroen, there are none, anywhere, the parts list doesn't give any length/thread details, there have never been any for sale outside of Citroen, i've never managed to find a scrapper with one, so i'm pretty much stuck. I've looked at alternative arrangements for tensioning the belt, but few give sufficient lap angle over the compressor. I've tried a few 'recommended' alternatives, which haven't worked out.

I'd have thought re manufacturing this a simple task, but without the pattern it's proving rather difficult!

You know what'll happen if I try to remove mine though

I'll probably be removing one from the silver one...
Good heavens! My signature's been moderated...
Top

Quick update time! With the NEC looming, I had to make some small changes: 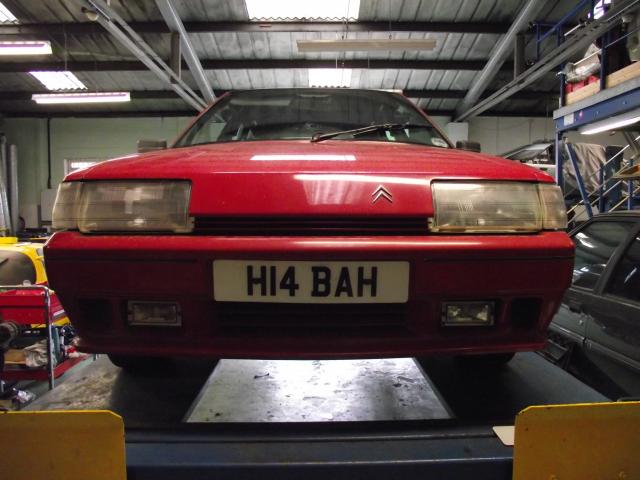 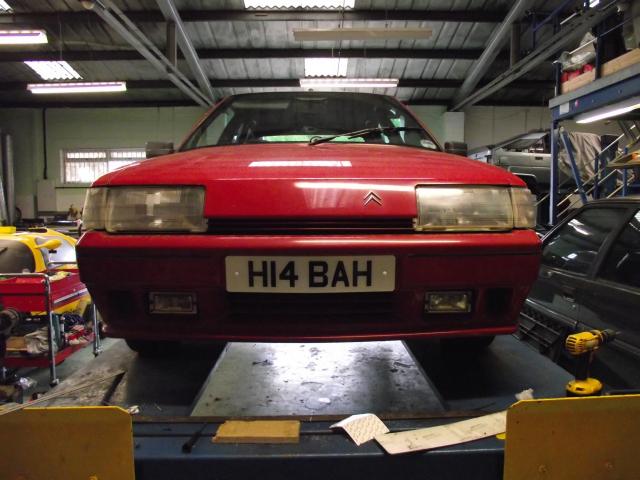 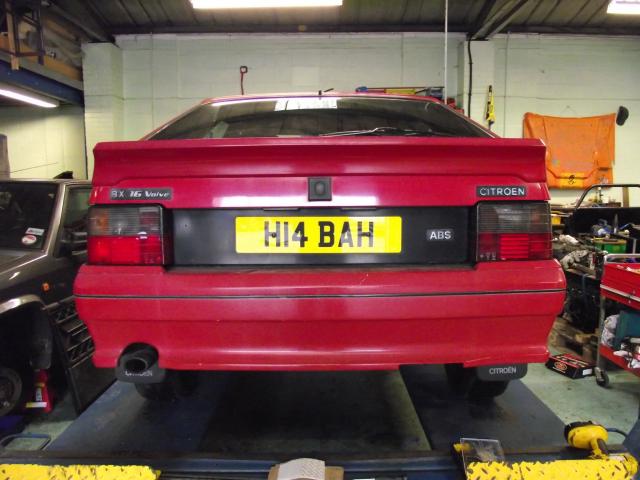 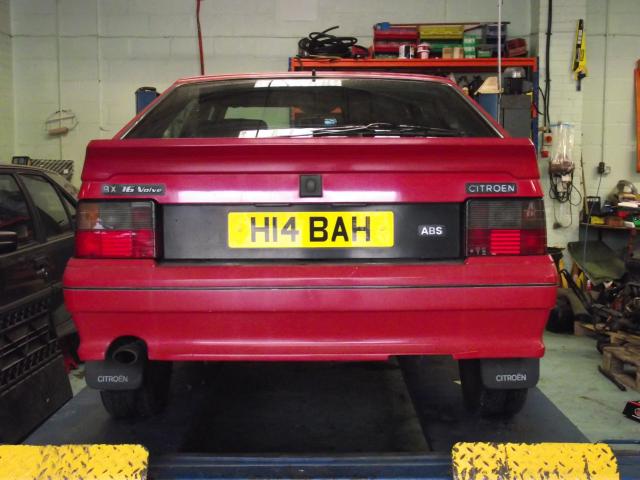 A few other issues to attend to, like the coolant leak that's just decided to....well, happen really. I've also had a buzzing noise coming from the backbox for a couple of weeks. It's not the OE 16v one, it's a cheapo Walker copy cat. I bought a centre section a few years ago too, but that's made of monkey metal and has already rusted through, so I found a spare off the red shell....a GENUINE Citroen one!

So, fitted my original genuine backbox that came with the car way back in 2004 (that I'd removed to preserve it for future use, but decided to stop being a tart) along with this centre silencer. Had to clean it out first though: 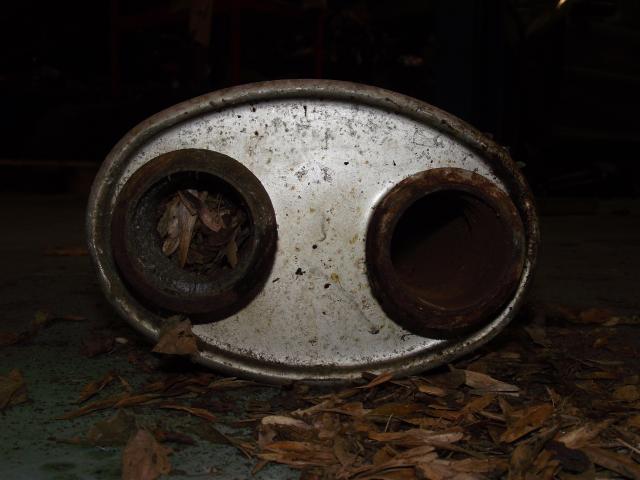 Something had been living in it!: 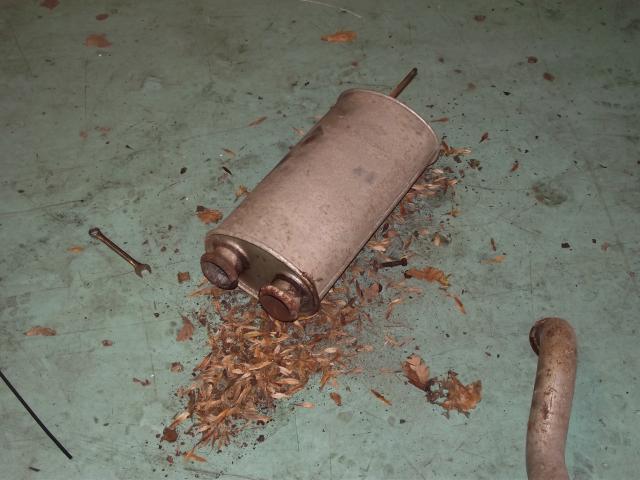 All fitted now though: 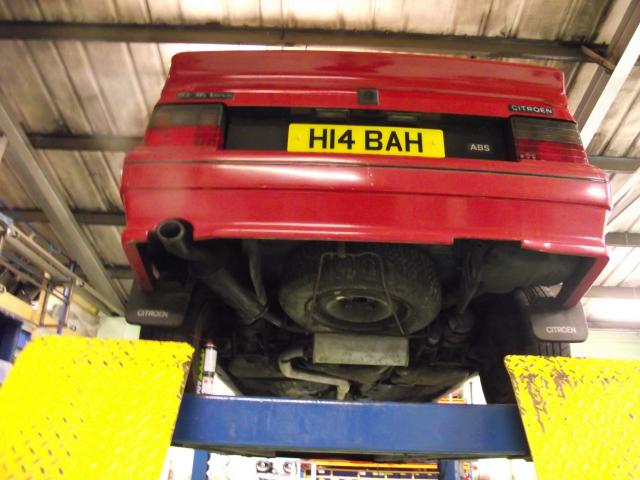 Added bonus.....this exhaust system is a genuine one, front to back! And it makes a unique noise that the aftermarket ones can't hit. It's subtle, like a sort of muted hum, but with a muffled rasp if you give it some welly.
I also removed my cone air filter, and I have to say I'm enjoying it without it now! So currently, my 16v is pretty much totally standard....and all the better for it (you can tell I've hit 30!)

Looking good Kitch, those plates set it off, especially now the rear one is on straight!, do you ahve any silver humbrol paint (for the rear badges).

Where do you get the plates from? I prefer the original font and the C1 TBX I have are in the modern script.
Lots of Motors, mostly semi broken....
Top

Tim Leech wrote:Looking good Kitch, those plates set it off, especially now the rear one is on straight!, do you ahve any silver humbrol paint (for the rear badges).

Where do you get the plates from? I prefer the original font and the C1 TBX I have are in the modern script.

Yeah rear one had been pissed for years as I had a set nicked off it back in 2006, and refitted a set in the dark! Got 'em from eBay - there are quite a few companies doing them.

Not too fussed on the badges TBH, I'm happy for them to be original. All my efforts now are going on mechanical things, like the coolant leak, the pressure regulator that won't shut, an engine oil change (hasn't had one since 2009....it probably needs one!) and a new TPS.

I promise to try and polish it before NEC though. It won't look great (paint's worn all the way through in places) but it will look honest. Just got to resist ragging it there and getting it covered in bugs and grime