Not too much to report on at this stage with the red 16v. As I put in the gallery the other day I took it to a local car show. I won runner up in the class of family cars post-1991.

I was one of two in the class, and I didn't even enter it!

Maybe if I didn't have the dent and the scratches I'd have clinched it....oh the sleep I'll lose!

Anyway, slightly more interesting developments than polishing cars - today I fitted some fancy spark plugs to the 16v. I've had a set of Nippon Denso IK20 Iridium plugs in there since 2006, or around 25k miles. This isn't a bad thing; Iridiums are designed to last like that. But recently the car was feeling a bit lazy at low rev pickup and has been a bitch to start at times. I suspected the TPS was on the way out, as sometimes it can't hold an idle. I've already changed the coolant sensor (as I found on the dyno it was still running a bit lean at wide open throttle) but I decided a set of new plugs can't hurt. A customer of ours we're building a car for is the sole European distributor for Pulstar Pulse Plugs ( http://www.pulstarpulseplugs.com/ ) which are a pretty wacky idea for changing the way a spark plug functions. Pulse technology to spark plugs is pretty much what Xenon technology is to headlamps bulbs. Not quite as cheap as the regular ones, but then they're just as cheap (cheaper in fact) in the long run as they last so much longer. The IK20's I pulled out are pretty tired now - the gap has increased to about 1.2mm! I'm going to keep them though - pretty sure if I regapped them they'd do another 10-15k miles or so. 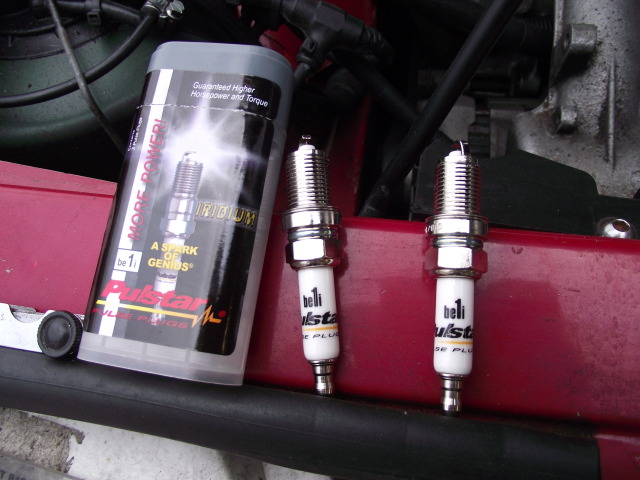 You can get platinum or iridium just as with regular plugs. I went iridium again so they last longer. Car just seems to run so well on iridium plugs. 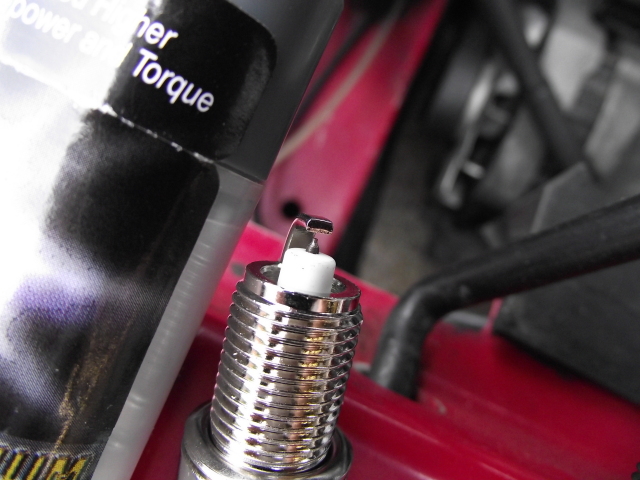 I've heard some pretty wild claims on power increases so far, the best being 17bhp in an Audi RS4. Not all wild though - they admit on the VAG 1.8T engines they make little difference to power. Economy is supposed to be improved though, as are emissions.

The jury will be out for me until I've spent a while with them and got it on the rollers again. I've driven home on them and in fairness the car feels much happier - it started well and drove much smoother than normal. Of course, this could be down to the fact they're just new plugs, not anything to do with the pulse part, but we'll wait and see.
I'll recommend them if they work well.
CCC BX monthly column writer bloke thingy - bx@citroencarclub.org.uk

I bought some Beru plugs off Misterauto for the valver, imagine my surprised at opening them to see they were quad electrodes!! What a difference to the way the car performs, livelier and more torque. As a side note the old plugs had a perfect colour to them, just the right shade of brown, not too light or too dark and sooty, surely an indication of a well set up motor.

The twin/triple/quad-electrode gizmo is often mis-understood. They actually perform the same as regular plugs - they just last longer because the spark has 4 different caps to ground on, meaning over time when one gap increases, it will then arc to the next closest one. It can't arc to all four at the same time, it's not how electricity (at that voltage at least) works.

On the plus side, they won't need regapping before they burn out, so they're zero maintenance until they need replacing.

Yeah same part number pretty much applies to all PSA cars. You just re-gap them to suit, in the 16v's case it was 0.8m

I do have some leads left, yes. What spec is yours?
CCC BX monthly column writer bloke thingy - bx@citroencarclub.org.uk

Do they do any that fix cx 2.5 injection turbo's? Reason i ask is that its the same sparkplug as a 2cv, so surely something more hitech has got to be better

MULLEY wrote:Do they do any that fix cx 2.5 injection turbo's? Reason i ask is that its the same sparkplug as a 2cv, so surely something more hitech has got to be better

They only do some that fit the CX2000 and CX2200 - don't cover the other models.
CCC BX monthly column writer bloke thingy - bx@citroencarclub.org.uk

Take a picture of the dizzy cap as there are a couple of different types, but yeah I reckon I've got some.
CCC BX monthly column writer bloke thingy - bx@citroencarclub.org.uk

Yep, got those ones in red or blue. I can find out how much they are tomorrow (I've forgotten!), but the regular Vauxhall ones are only £18 + postage so I'd shit my pants if they were more than that!
CCC BX monthly column writer bloke thingy - bx@citroencarclub.org.uk

Ooo red please, can you bring a set to cxm on the Sunday.? Any idea ontthe price of the plugs
I was thinking of the old days on overbore the other day,I finally took my overbore sticker off the trajet as I'm selling it.
1991 BX Meteor 1.6

Any chance a set of the Pulstar's could be sourced for my astra (1991, 1.4=14NV, 75bhp twin barrel carb)? They don't list vauxhall/opel etc on their website cos apparently american's don't have 'em. Quite like the sound of them!
I'm not a Saint, or a James, but a Tom Saint-James!

saintjamesy89gtbloke: The Astra uses the same plugs as the BX, but just re-gap them to 0.7mm instead of 0.8mm.

I can find out prices on them if you guys like? We've only got another set here and they're for testing purposes, but I know he's got lots of stock in Norway. I would guess the Iridium ones will be about £10 each, with the platinum ones a little bit less. Apparently, the Iridium ones will outlive the car!

They haven't cured my starting issue (was a long shot really!) and I still think it's my TPS. Car does feel livelier and smoother though - might just be because they're new plugs, not sure. But I like the idea of them anyway!
CCC BX monthly column writer bloke thingy - bx@citroencarclub.org.uk

Have just got a price on the Iridium plugs I've just fitted - we'd need to order a batch in from the USA, but they work out at £15 each, so £60 for four if anybody is interested.
CCC BX monthly column writer bloke thingy - bx@citroencarclub.org.uk