Defender110 wrote:That's a lovely looking bike. Have you got details of the spray bar you used? Love the colour of your car BTW.


I have, £16 for two wipers each with their own spray bar, here's the ebay link:

TizzyD wrote: One thing I do find odd is that the insurance for both the Yamaha and the Moto Guzzi are no way near the cost of my first years car insurance even when I've added on commuting and carrying a pillion

It was the same for me too, I passed my bike test at 17 and insured a Kawasaki Ninja 250R for about £300 for the year, with pillion cover and commuting. It's dropped to about £180 now, being 21 and having 5 years riding under my belt, which is considerably cheaper than insuring my BX and LS400, not quite as fun though. But I am looking to upgrade my bike soon and considering a Harley, not checked insurance for that yet though.
2006 Skoda Fabia vRS
2003 Skoda Octavia Combi vRS
1992 Citroen BX19 TXD - The quirky one
2006 Citroen C6 2.7 HDi Exclusive [Lounge Pack]
1972 MG Midget - The project that never seems to get off the ground
Top

Well, I now own my first bike, my sisters old Yamaha YBR 125, just been fully serviced,MOT'd and taxed, owned from new by her and only done 1100 miles. CBT booked for the 8th November. Will rack up a couple of hundred miles on it and see how I feel about biking from there. 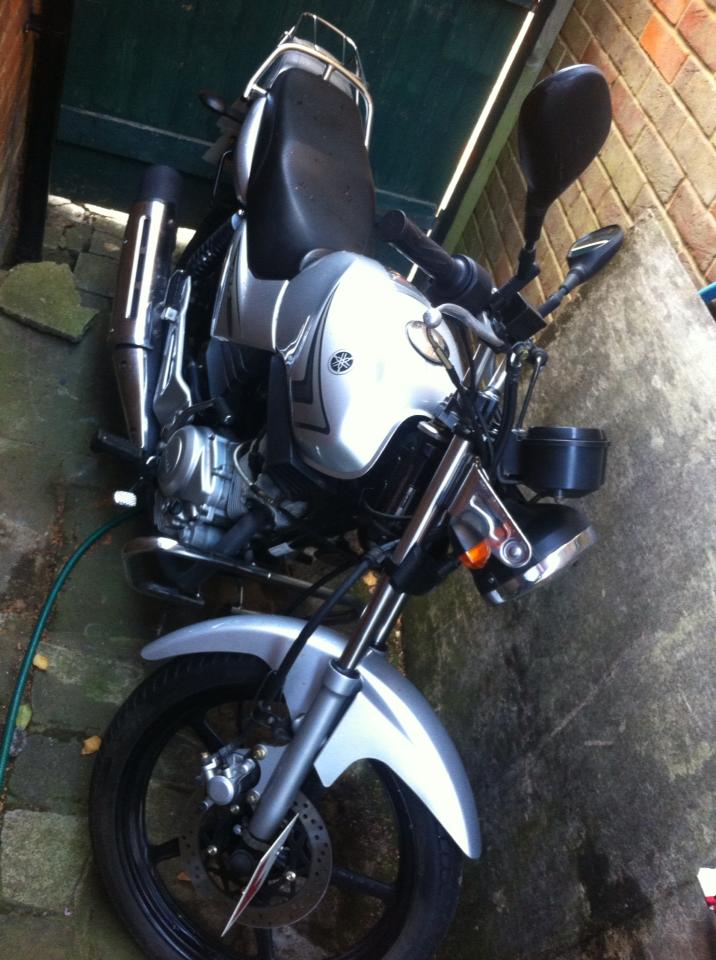 Seconded. this is the most dangerous time on a bike. 1. Clocks have just changed so dark in evening. 2. Loads of car drivers don't clear their screens when they mist up so are half blind. 3. The fallen leaves are like ice and leave a slippery slime behind when they have been swept away. Road grip is low because of that and cooling surfaces.

You won't really get frost til late November but black ice is 'fun', use your foot on the road surface occassionally to test the ice or lack of. Cold and bone dry is fine. Just keep your wits about you and anything that can turn 'right' in any way which is across you is a potential accident. I usually alter my speed to minimise arriving at potential right turners timings. 70% of bike accidents are other vehicles turning right......

Yep, it was this time last year that I fell off - hit a patch of diesel coming off a roundabout, did some minor fairing and mirror damage to the bike, twisted my left shoulder and knee and damaged a ligament in my ankle! Didn't spot the diesel partly due to the damp roads and partly due to the crap headlights - if it doesn't have one fitted already I'd fit at least a Halogen buld in the headlight (although don't up the wattage as the wiring etc. may not take it.

MULLEY wrote:Biking at this time of the year, you are f-brave.


Indeed, take care buddy, one of the lads here was a biker, just hung his helmet off after his brother was killed last month.
Lots of Motors, mostly semi broken....
Top

I've lost friends and family in motorbike accidents, just as I've lost friends and my brother was injured in cycling accidents, and I've had friends involved in major car accidents. None of these will stop me riding or driving, but they do keep uppermost in my mind not to try anything too stupid, and to always watch out for the other idiots on the road!

My last full commuting year was a mere 22k on the Pegaso. 15+k was quite normal, and last accident was two kids running between cars/vans across a red pedestrian light!.
Only just surpassed mileage on 2 wheels with that on 4 both over 250k.....

Just a little update, I passed my CBT on Friday, started it in the dry but half way round the ride the heavens opened and got to experience riding in the wet, avoiding puddles and wet road markings as well as visor mist up, all in all its quite fun riding once you get past the nerves haha.

Onto the BX, on Saturday I decided to change the blower motor as I've had no fan for the last year or so and with winter round the corner and its been a job on the 'to do' list for a while I thought why not ? 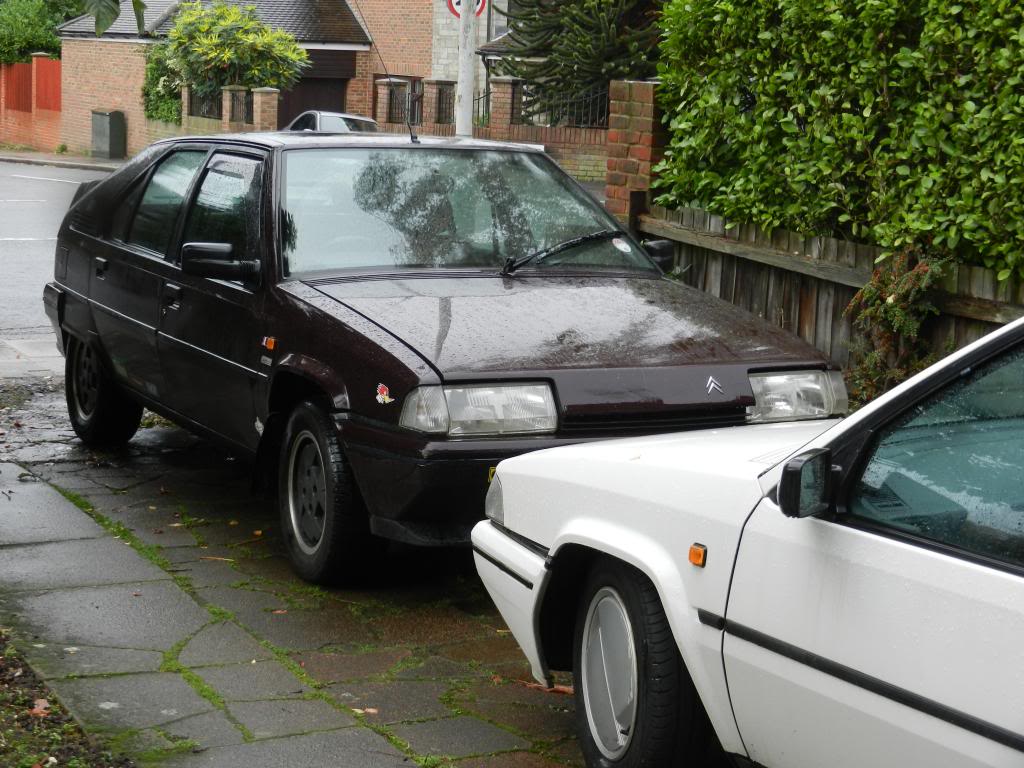 Wiper arm and scuttle off 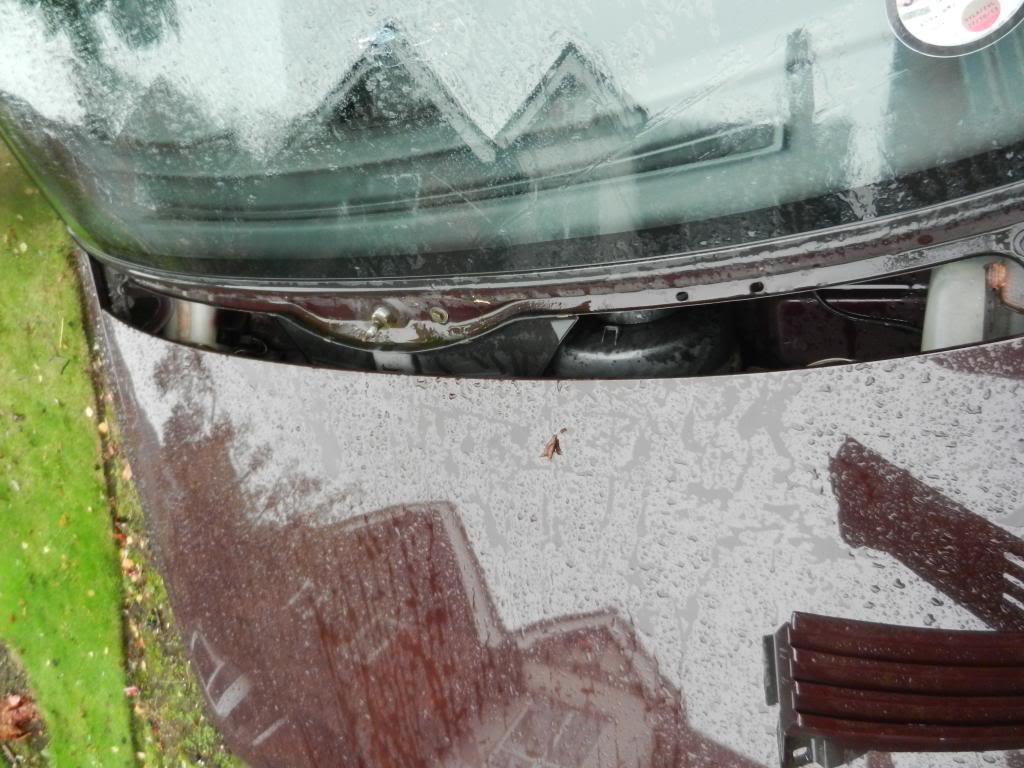 Old motor out and gave it a clean and wipe down. Got leaves and compost out but its not looking too bad round the washer bottles. If I'd had more time I would of taken the washer bottles out and given it a proper good clean underneath them but that's for another time. 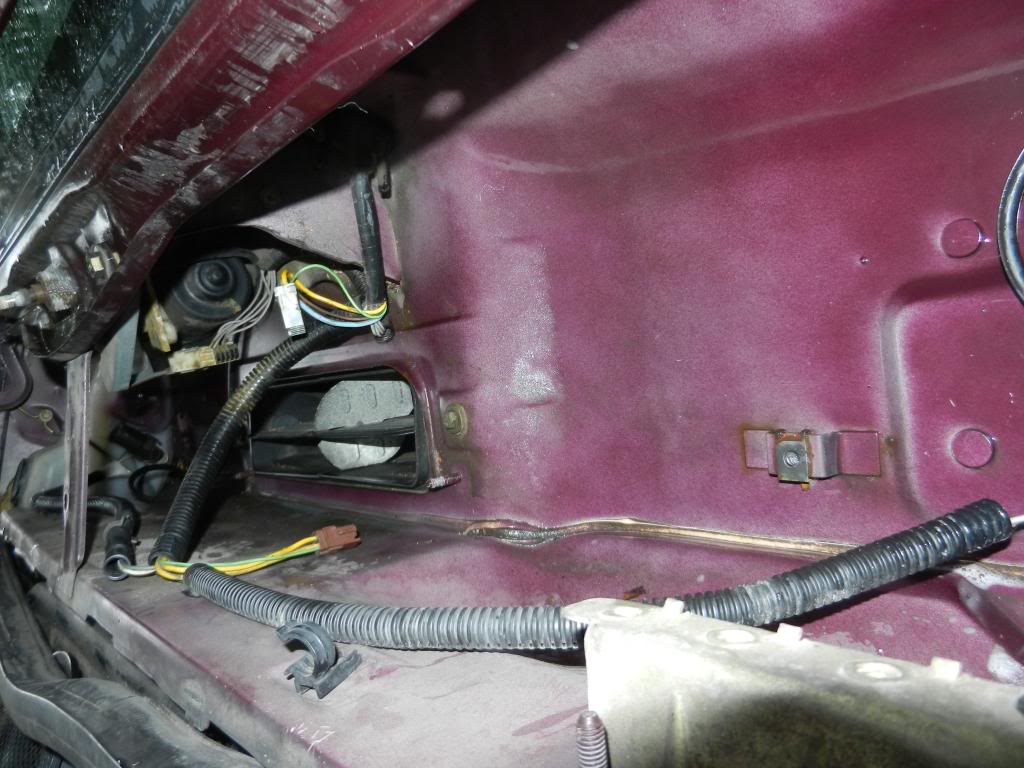 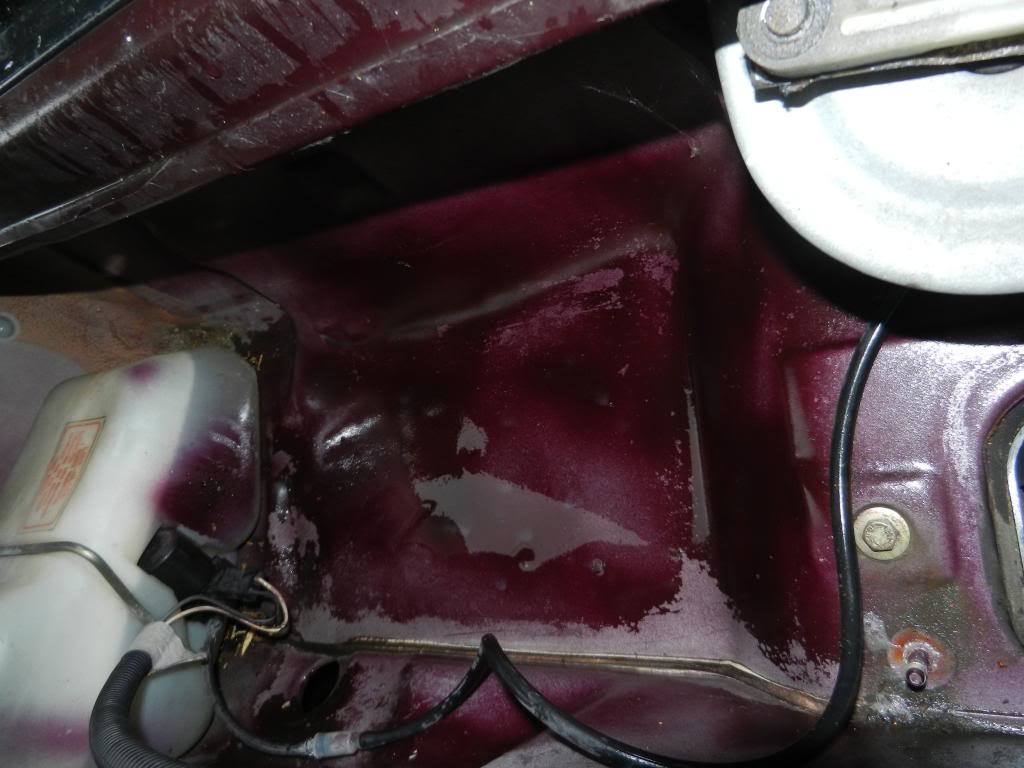 And while I had the bonnet up I fitted the bonnet sensor I bought off Jaba at the national earlier in the year, I know it's not important but I like to have it working. Now I want to work out how to make the seatbelt one in the centre work ... 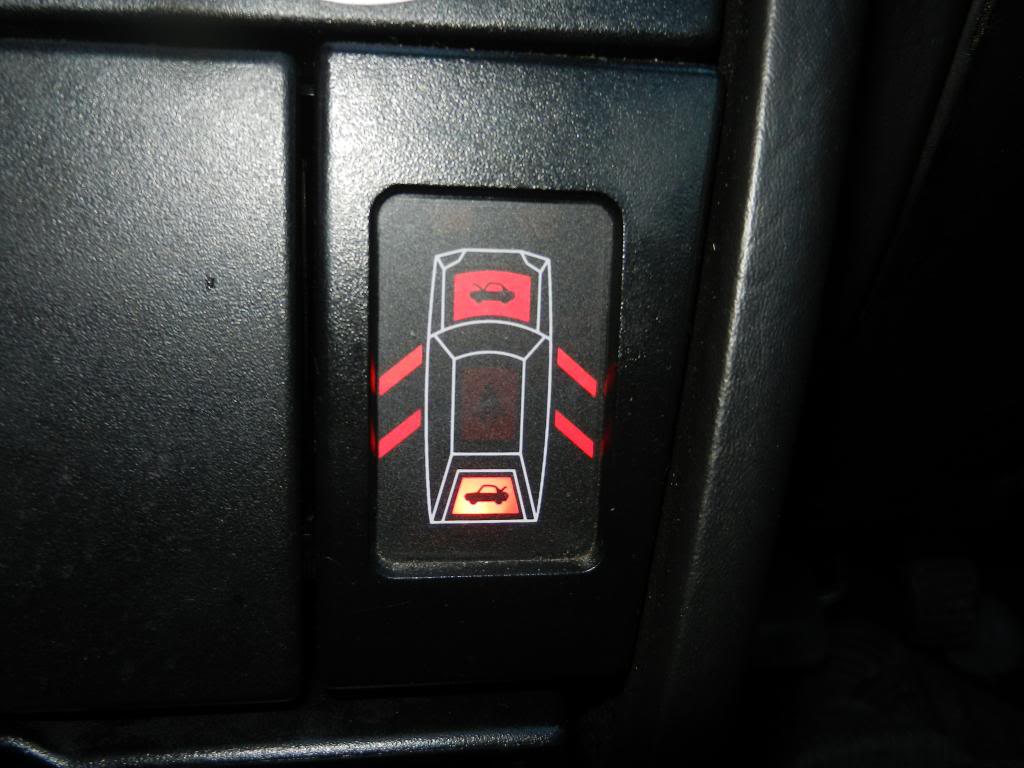 So I now have a working blower, finally, but it doesn't seem as powerful as I remember it being, but every so often it gets a burst of power and blows like it should so it maybe a bad connection on the white connector where the resistor is but I'll look into it when I have more time.

I agree with what others have said re Bikes
my 19 year old passed his cbt end of last year but could not afford a bike straight away.
last month he bought a Yamaha SR125 custom,
lovely single cylinder with retro looks,
so far so good and he is being sensible as to when and where he rides it .
still cycles to college to keep his fitness up ( 8 mile return trip )
and often walks /jogs to work still ( he says by the time he gets his leathers and helmet on he could walk there )
good luck with the bike Andrew it looks a beaut and knowing where it came from is always a bonus

i spent 9 years as a bike courier in and around london and there are many more hazards this time of year some of which have been mentioned above, also add to this list drain covers, spillages, grit/gravel, horse s**t, mud, buses and cyclists, and c class mercs. to name a few, my biking days are now finished and i think you gotta be pretty brave nowadays to get on 2 wheels, there are too many "sorry mate i didnt see ya's" out there, be on your guard have eyes in the back of your ass and always wear the full protective kit. always remember the lifesaver last look over your shoulder, happy biking.
90 BX Tzd turbo 294k SORN undergoing major surgery
90 BX Tzd turbo estate 46k awaiting surgery
65 Peugeot Boxer Van the new workhorse
52 Toyota Rav4 180k Bulletproof Jap reliability
Top