I believe Mr Lockwood has one, for a very reasonable price.

Malcom Lockwood is an independent Citroen parts specialist based in Bradford. He's always in attendance at CCC rallies. Tel number is :-01274 640590.
He also does LHM and Total oils at very good prices. Lovely chap and very helpful.
Re bumper trims, they are held in place with small white plastic clips. Just gently lever the trim off, I find a Magnum lolly stick works best. The trims have a plastic coating from factory which degrades over time. I used a heat gun and a Stanley knife blade to gently scrape off the remnants of the plastic trim. Once the plastic coating has been removed, rub the trims down with some wet and dry sandpaper to achieve a smooth finish. Now time to paint, I use satin black stone chip paint for a tougher finish. I use a recycling box and some blu tac as a support whilst spraying. Just spray lightly, leaving 15 mins between coats, I put down 5 or 6 coats for an even finish. The trims are a soft metal so can distort easily so be careful not to twist them. Then just pop them back on the car, have a cup of tea, stand back and admire.

Cheers for the number, will give him a ring during the week when I have a moment, and thanks for the advice on the bumper trim, that's a good enough excuse to treat myself to a magnum

TizzyD wrote:
Is there any need to put any primer on the trims before the satin black ?

Yes. I'm not quite sure what they're made of, but if its aluminium you'll need an etch primer (or the paint will just fall off) and if they're steel a high build primer would be the way to go. I need to find out what they're made of myself, as I have some that will need doing at some point. Anybody know?
Top

Seeing as the trims are NFP, then they must surely be made from unobtanium!!

So I've got a multimeter now, tested the battery and it full of juice - 12.44V apparently, so did some more digging around the starter motor and I think I've found my starting issue.

Where the battery connects to the silenoid there is the spade connecter to the side of it which goes off to the trigger wire, but on mine it's wrapped up in red electrical tape which must be a good thing. right ? 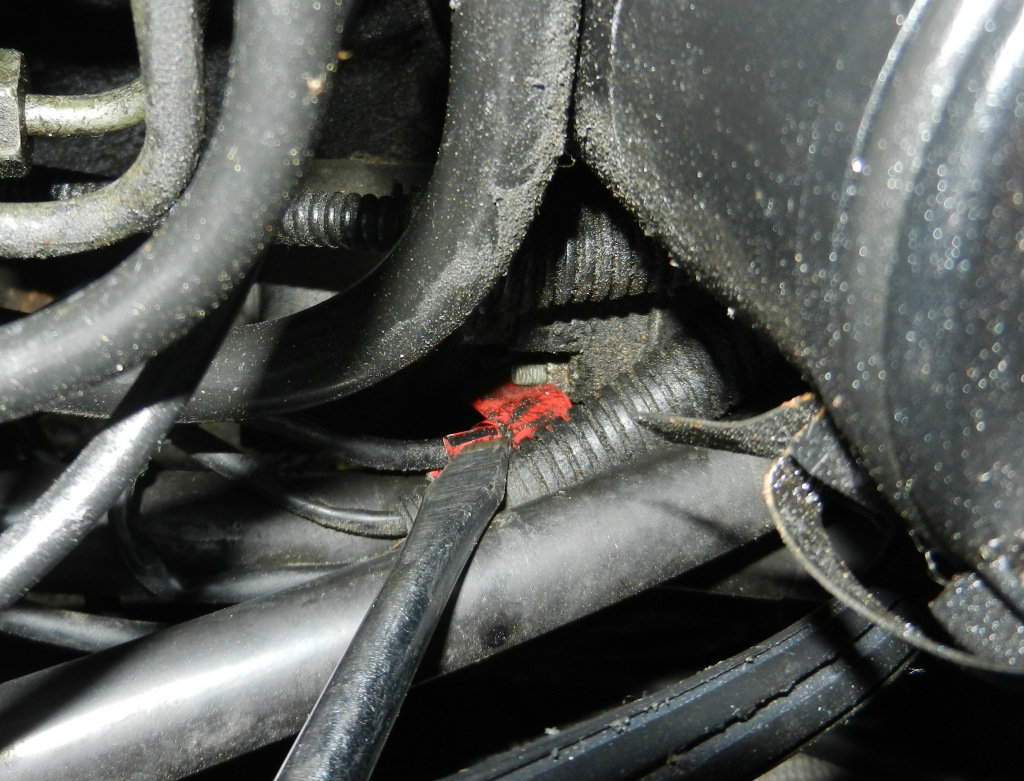 And I've found the spade clip at the end of the wire and it's looking pretty grotty too. 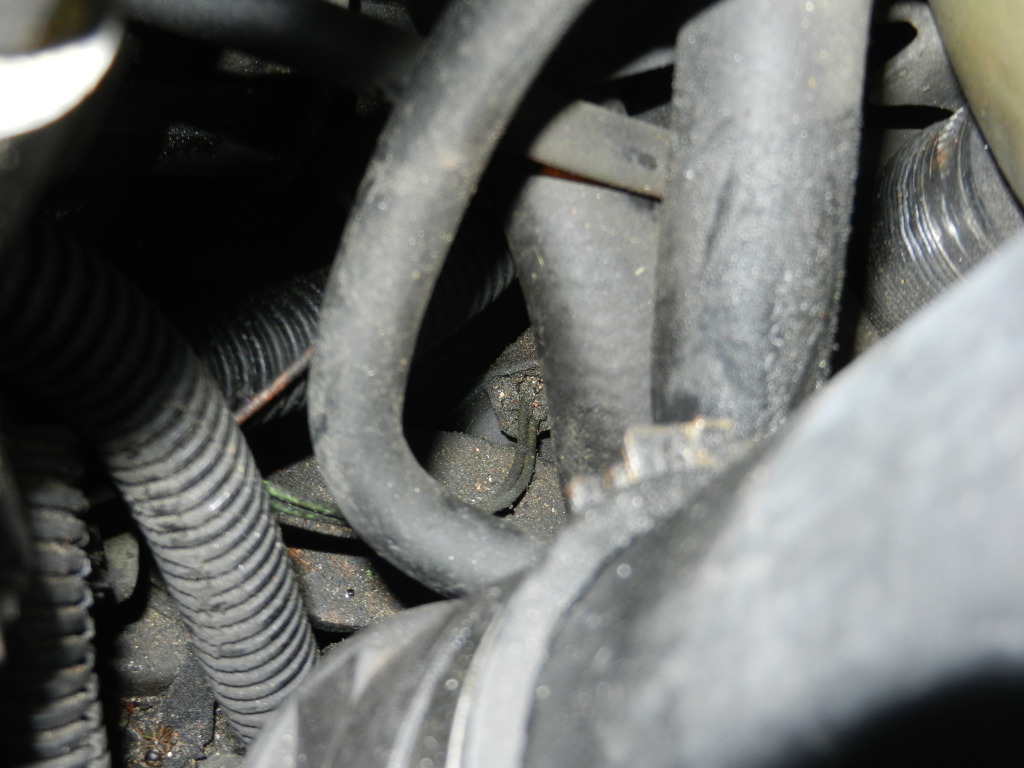 The man from DE l MOnTe he say. . . . . no, only a wonky headlight and needing some bulbs, so really pleased

Will be stuck in for a retest tomorrow.

Service has thrown some things up though, split in a water pipe that needs seeing to before going to France, rear brakes are badly rusted, coolent is filthy so system needs a flush, and I've had a knocking noise coming from the front end (NSF I think) but all checked out and no play found in anything so not too worried.

All in all, for a 19 year old car I'm bloomin chuffed

Congrats, hope mine does as well next week!
Diagonally parked in a parallel universe
1991 TZD hatch (Triton Green)
1992 Hurricane
Top

I'm sure it'll be fine, mine will be back in next week too as the pipe has been put on order, Rob had his new 19 TRS ? in the yard

I've had a knocking noise coming from the front end (NSF I think) but all checked out and no play found in anything so not too worried.

The MOT man should have picked it up if there was a problem, but have you checked the PAS ram bushes - there was a similar knock on Timex that was chased round for a while before it was spotted when I was actually preparing to remove the rack.
Mike Sims
BX 19RD Estate Mk1 - Timex!
BX 4X4 Estate - Oh god, I've done it again!
BX 17RD MK1 - it called to me!
BX14 TGE, - SOLD
XM Turbo SD,GS Club Estate,Visa 17D Leader,HY Pickup,Dyane Nomad,Dyane 6,2CV AZL,Falcon S,Trabant P50,3x Land Rovers (88" series 1,109" series 2a FFR,series 2a Marshall ambulance),DKW F7, Lambretta LD150 x 1.5,Mobylette SP93,Ural Cossack,Ural M63,CZ 250 Sport,Honda Varadero 125,lots of bicycles & tricycles including (but not only) Sunbeams,Higgins & Bates!
Top

I decided I'd have a go at changing my heater lights, as well as the clock light and cig lighter today.

Got a few of these for 60p each and they came with a FREE STICKER!!! 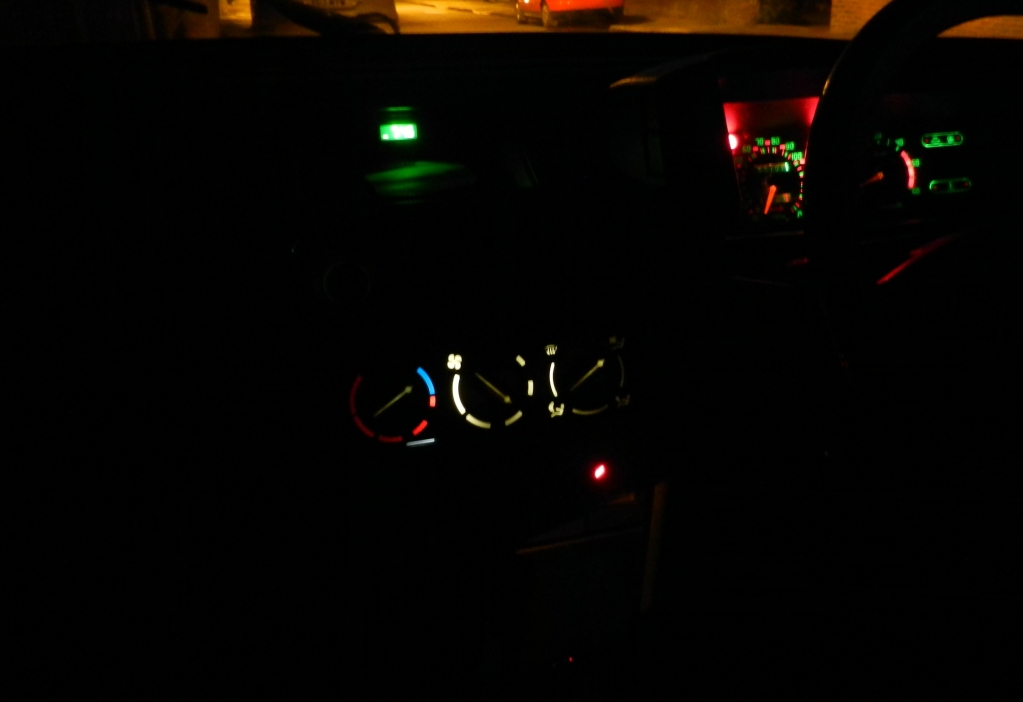 I think that clock would seriously annoy me but the heater controls look great!
www.classichub.wordpress.com
Top

light travels faster than sound, thats why you look intelligent and then you spoil it all by opening your mouth !!!!!
Top
Messages: 207