Anything about BXs
Messages: 42

Think its cheaper to get a new iphone and tie it to my head with a gold neclace!
in fact I could probibly get the car nearly roadworthy with £289 !

but on A more serious note, does anyone have any wires I need as I am eager to get this car on the road before April. ambitous and niave maybe

but I want something to drive when im 17.
4 broken cars, 1 small wallet

Yep. But I need your address!

Thanks malcolm, do I owe you anything? and Tim, who's Tim? he's more than welcome to come round anyway

the more hands the better as I got a bit fed up with the red devil today, despirate to get it running, checked fuel was being pumped out, yup, poored all over the alternator

but no spark still! bodged some wiring from dizzy to coil and what i thought was the ignition switch (the snapped green wires which i had my hand on in one of the photos) and linked that to the coil and still sod all, ended up with slamming it shut and cursing loudly and one strong cup of tea!
4 broken cars, 1 small wallet

Tim? Why thats me, and a nother chap who lives near Mothman with a rather impressive beard!
Lots of Motors, mostly semi broken....
Top

These things take time Henry. Could be that the points are all seized up, wouldnt be surprised as its been standing for a long time. Coil could be shot, could be all sorts of things. Is the engine siezed? I know its not electrical but i would suggest if you havnt already removed the plugs that you pour a small amount of oil into the cylinders and try and turn her over carefully.
My mate Tim and i bought a pair of diesel Estates on ebay a couple of years ago and made one good one, the scrapper on its back is the one that didnt make it but it took many months of very hard work to get the other one up to and pass its MOT.
I hope to be seeing Malcolm tomorrow as i need a tool from him to remove the doors off my RD and will collect any bits from him that will help you if he has any. He said he would be having a good look when i phoned him this pm.
I told Tim about your motor and he is keen to have a look, ile be passing his house on the way to you. If all goes well, will bring Sophie, need to work on her a bit tomorrow first.

The only Tim I knew on here was Mr Leech but I thought you lived up near Birmingham, so would be hell of a long way to come to look at a broken banger, belive me the car is not as pretty as it is in the blury pictures

and on a more technical note, the engine is not sized! (even though the last tax disc was june 1997, the owners sons used to learn to drive in it when they where teenagers and they must be in their early 20's now) It cranks over very well, though i'm slightly scared that i've done the starter in, should be alright, but when i was getting peed off with the car i was cranking it for a tad too long and the final time i cranked it the starter made a nasty noise, im sure it's fine though. Contact breaker points, of course

ruddy obvious! ( and im supposed to have a distinction in air/ exhaust, fuel , ignition and engine/cooling/lubrication)

and also, is the pug thing which connects to the metal plate where the coil attaches important? as two of the the three wires on that have been eaten.

and would be nice to see Sophie parked next to my red bx (Eric does not park himself in the same area as the red bx, he sits in a barn, waiting for the red bx to be ready and then he can come down the the yard to be worked on)
4 broken cars, 1 small wallet

Andy Henry's car does not have contact breakers as its electronic ignition, as thats what the lead i have found for you to take over on Friday is for,

and Henry yes the lead/s from the alloy plate/heat sink are important as the black device fixed to the heat sink is the leccy ignition module,

this lead has a multi pin plug connector at each end and two single connectors, these connect one to each side of the coil,

were the connectors still on your coil if so the colours of the plastic sheath's show you which one goes to which terminal,

one should be white the other is black or brown,i cant remember which goes to what side,
if you get them wrong you could destroy the module,

Here are some more piccies of Henry's BX14 RE which Tim and i had a look at this morning. Defo restorable and with a lot of hard work and help from members advice from this forum ime sure he will succeed. 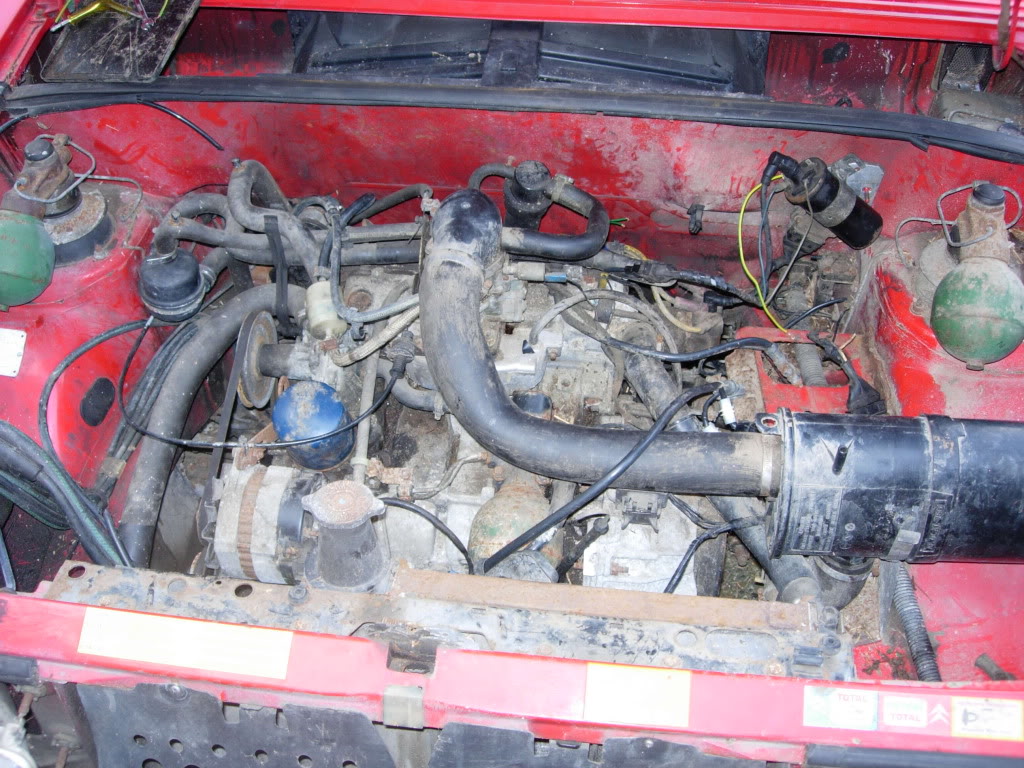 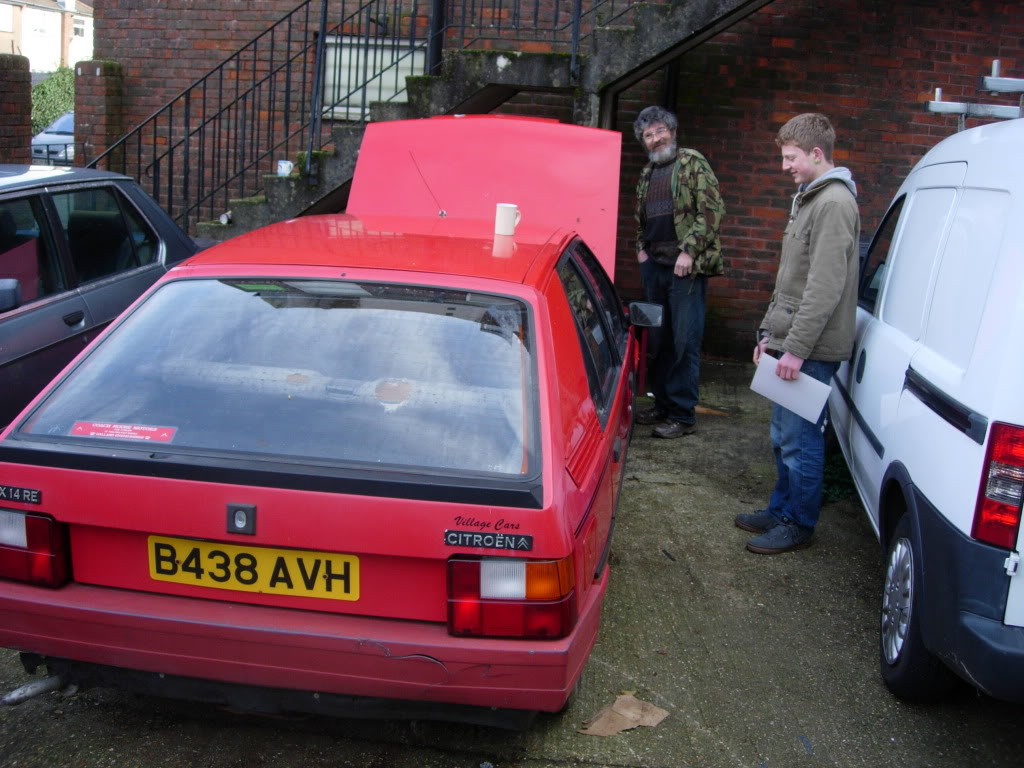 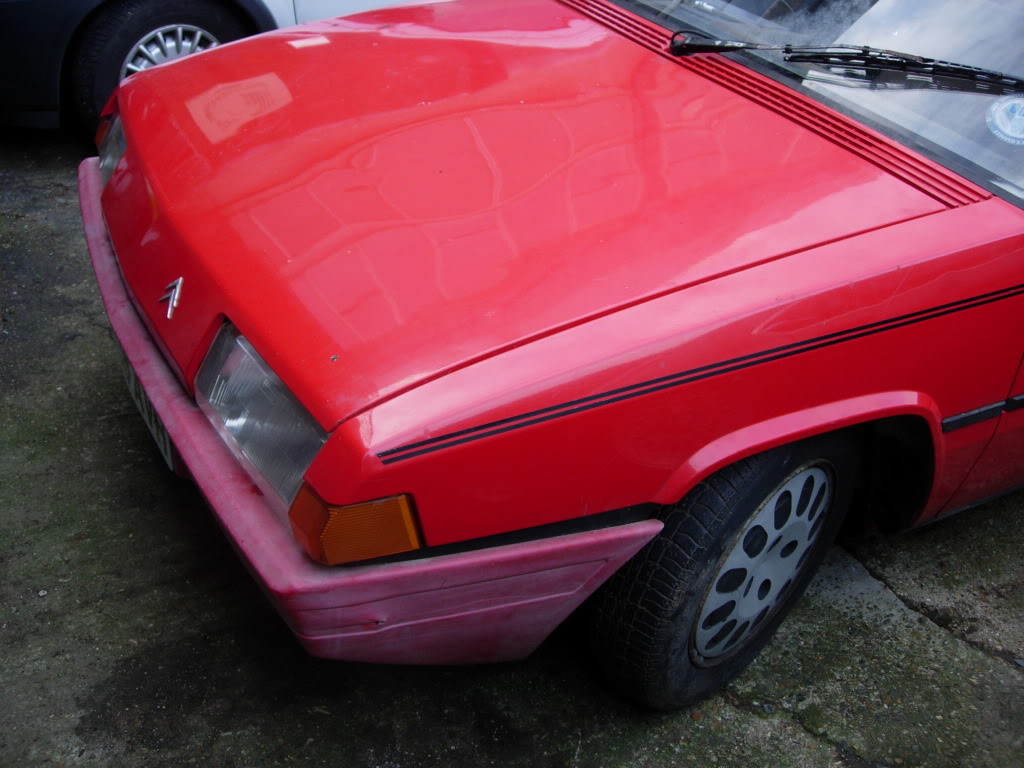 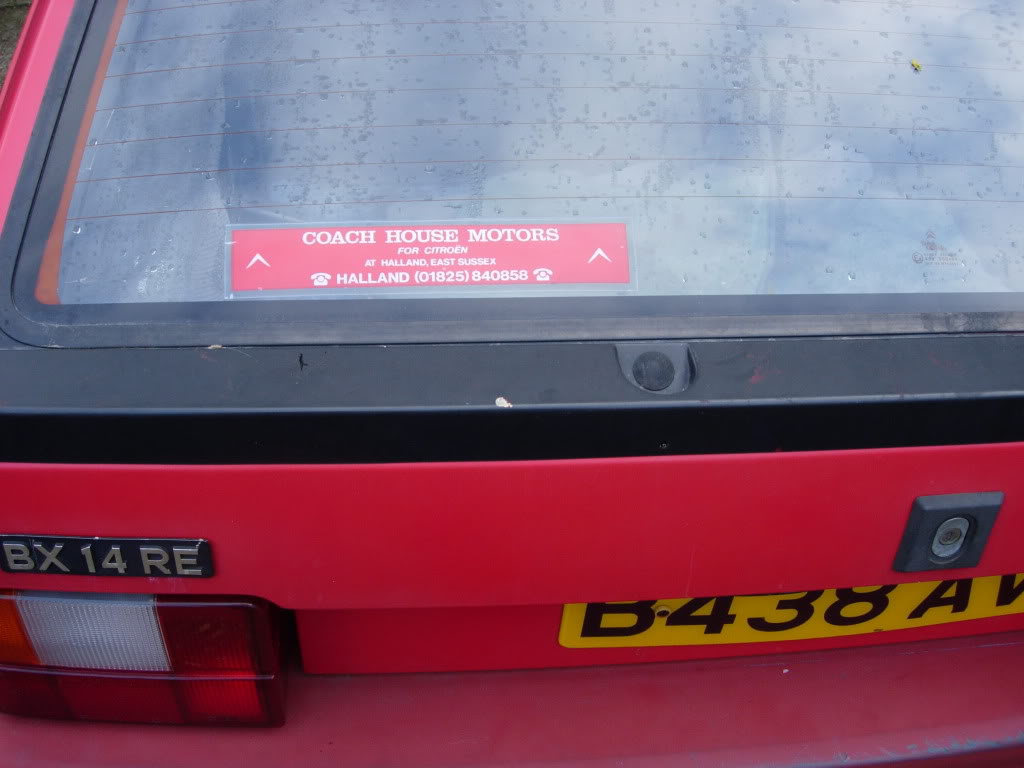 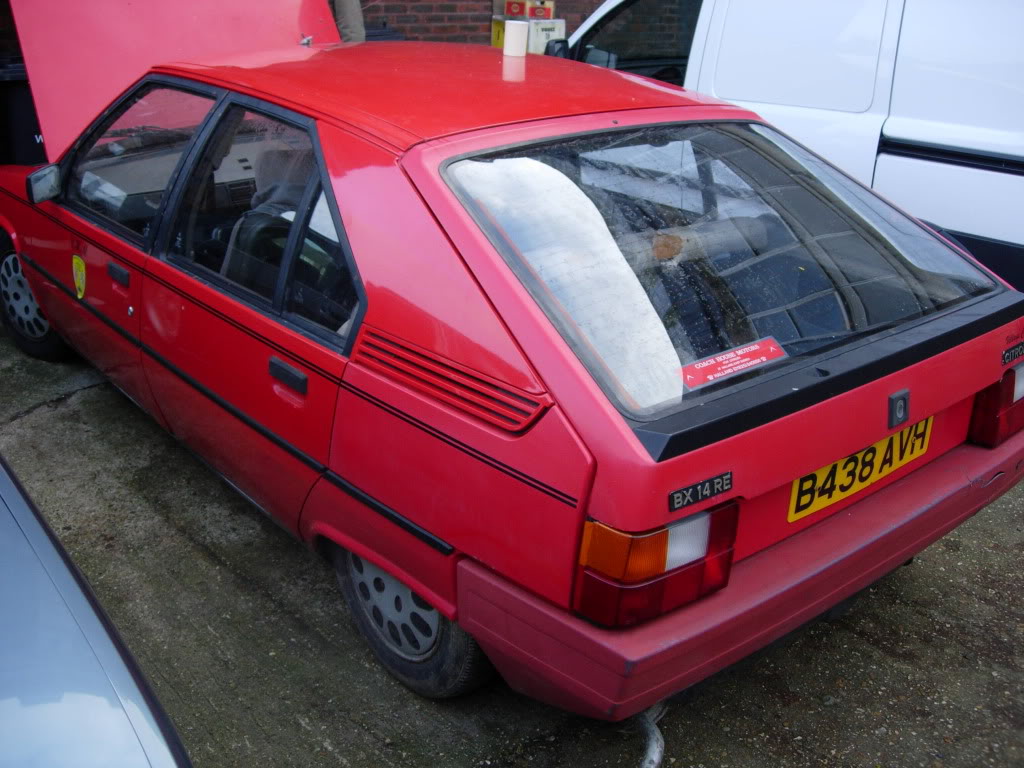 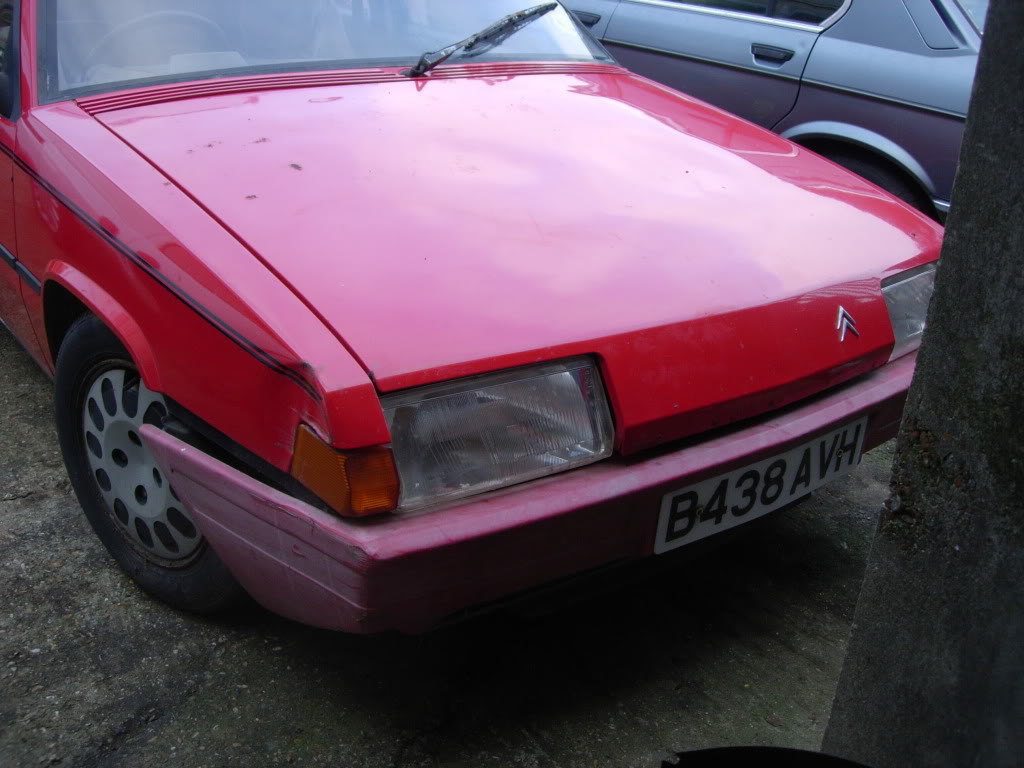 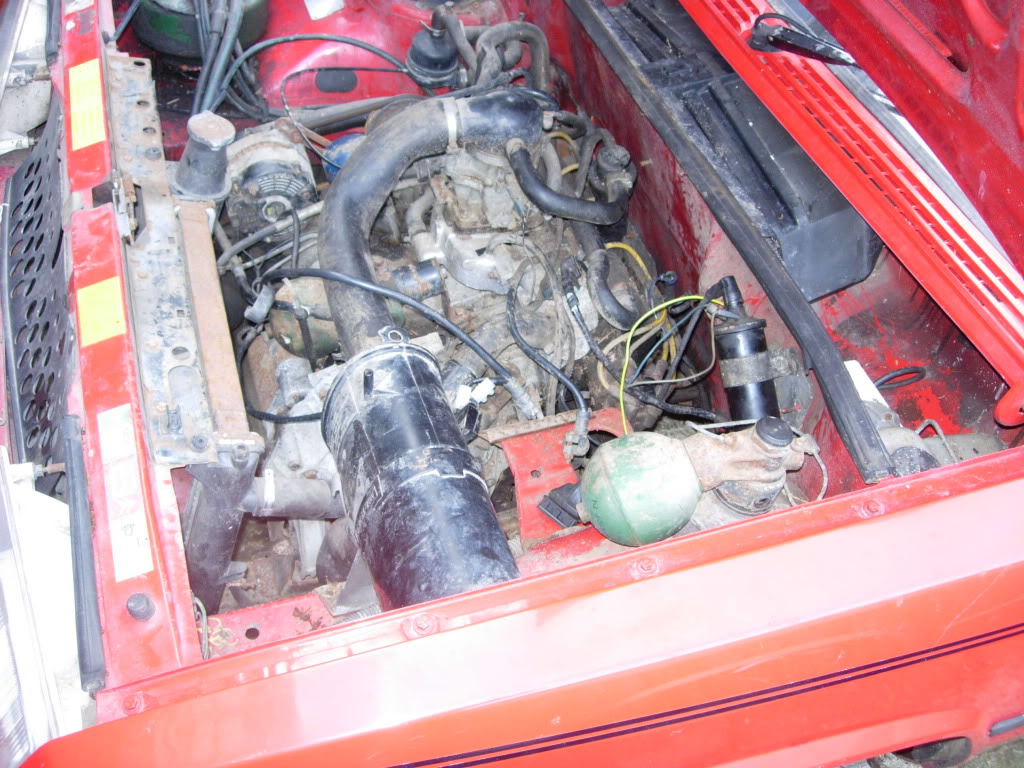 I only know of 1 other Mk1 14RE examples around, so this one really needs to be restored! Having seen pictures on Fb its a solid old bus with some dents that need addressing.
Lots of Motors, mostly semi broken....
Top

Thanks for the pictres Andy, much better quality than the ones from my phone! I really appreciated the pair of you coming down and thanks for the manual, I will return it when ive finished with it

and Thanks malcolm for the wires, though I would like to pay you for them.


Mr leech the body work is the last of my worries to be honnest with you! its the wiring and octopust that are at the front of my mind and the major service required. I would still like to think that I might just be able to get this car ready for the summer i.e late may early june (with some brain picking of other members and a barrel of elbo grease)
4 broken cars, 1 small wallet

sound to me after Andy speaking to me on the phone after he had a look today, you need to connect a battery and with a test lamp find the 12v feed from the loom just by the coil, then connect it to the plus side of the coil along with the single black connector of the lead i sent you, then the white connector goes to the negative terminal of the coil,

i will send you a pm