Just wanted to say thank you to everyone involved in the organisation of today, was a great turn out, it was nice to put some more faces to forum names, and a good chance to pick up some more parts for the car, so many thanks

Lovely turn out, lovely weather, lovely people and if you went round the food market eating all the free samples you could get a free lunch - and I thought there was no such thing!? (not that I did that obviously

) What's not to like? A very high standard of cars all round with some lovely BXs in attendance. More evidence - if any were needed - that the BX is finally arriving as an esteemed member of the classic Citroen family (nothing we didn't already know of course). Here's a few random pics . . . 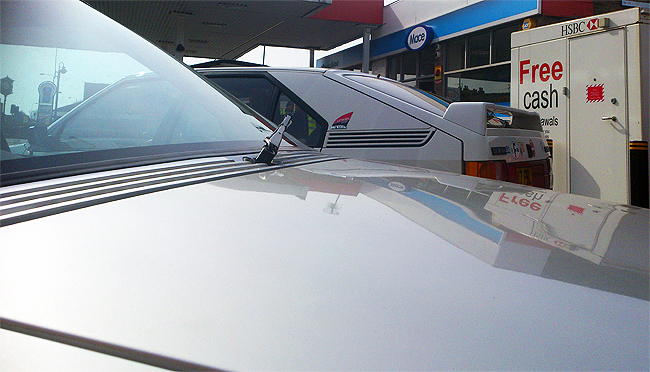 Not 'free cash'. They take it out of your bank account apparently (swizz!). 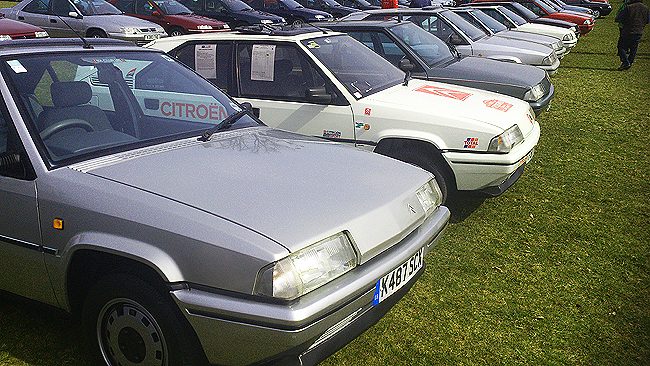 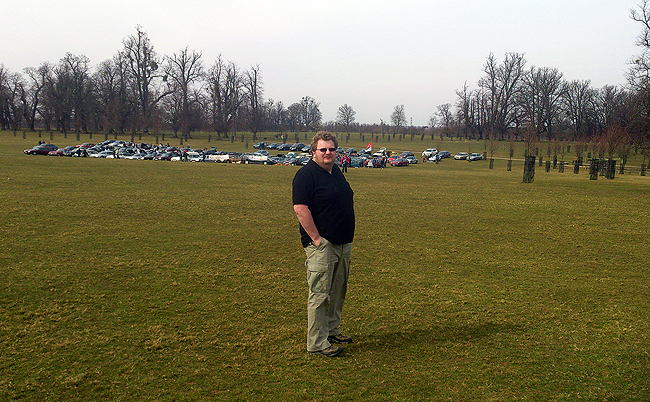 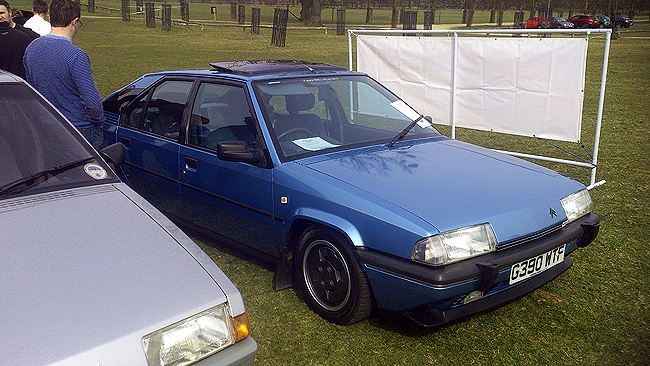 WTF needs no introduction from me. Yours for the price of a tired old Focus; I know which I'd rather have (although I suppose you could actually use the Focus 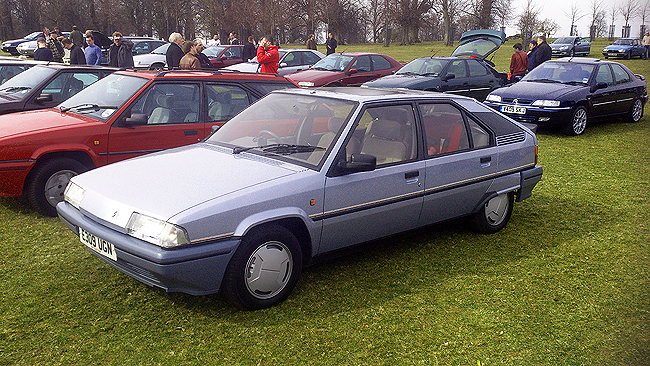 A lovely 16TRS that got bloody lucky when Rob Moss decided to put his hand in his pocket. 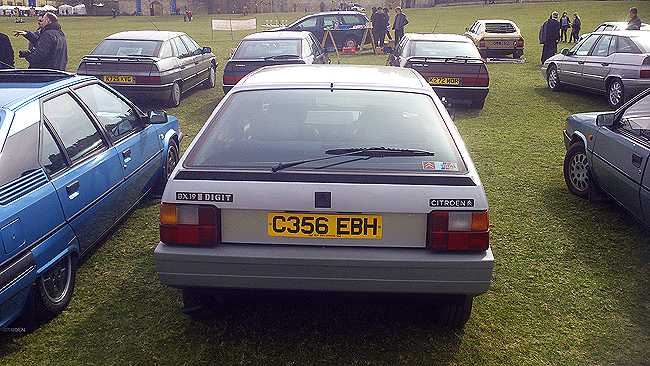 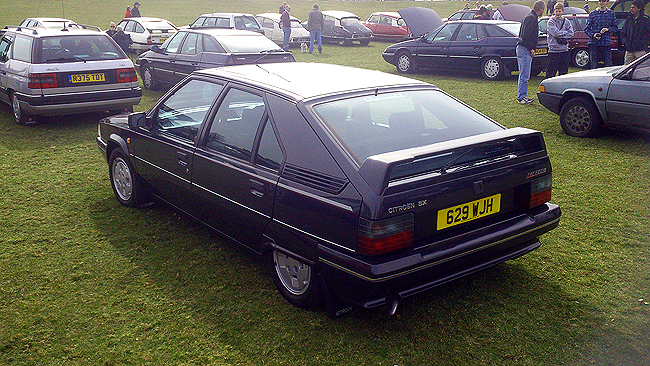 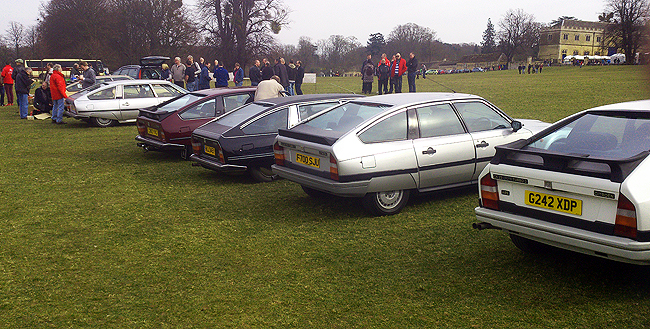 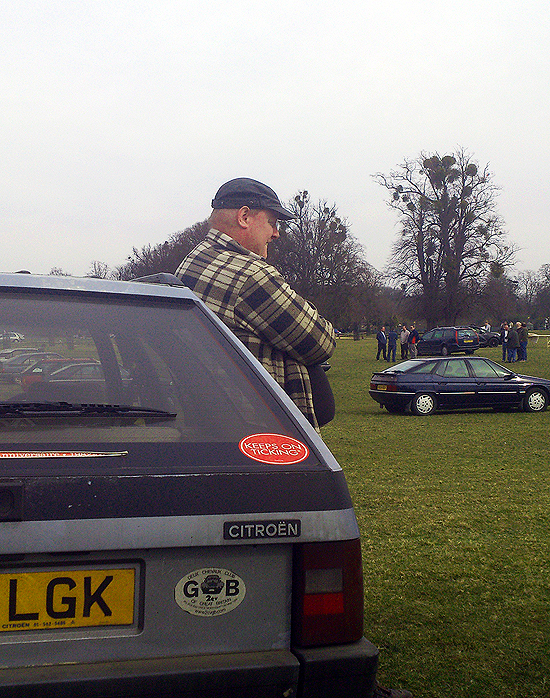 Mike and 'Timex' enjoy a reflective moment together. 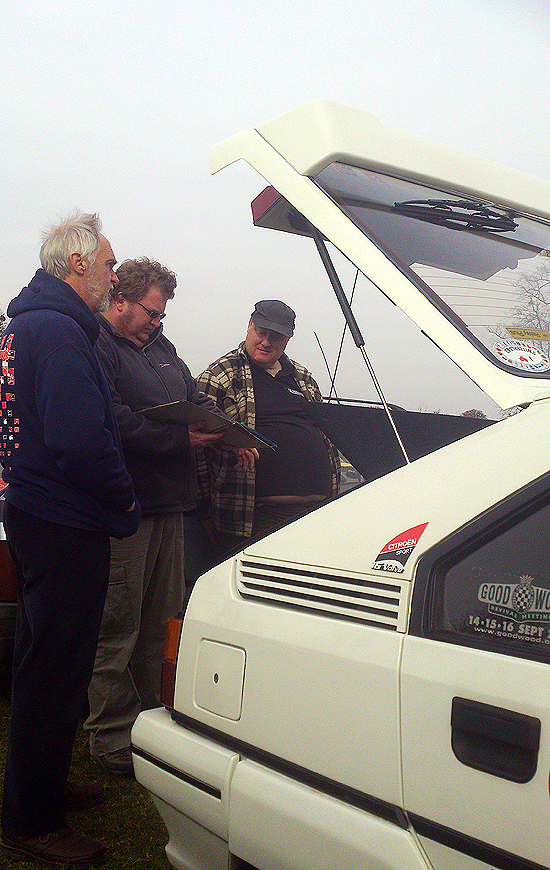 A 1986 BX 'accessoirie' catalogue provides the focus for an impromptu game of 'what accessory would you have if you could have any?'

Last but not least . . . my car! Mark and I then went back to my house and had 'toad in the hole' for tea; what a nice day

Lovely pics Paul and not wishing to embarass him but bloody hell Mark youve lost a hell of a lot of weight since I last saw you at cxm, well done fella, must be all that walking paying off.
Sorry I couldent be there, spent the morning at Eden camp (old army camp, now a brilliant war museum ) and the afternoon at scarborough fair museum which had a model fairground show and traction engine show,
1991 BX Meteor 1.6

Thanks for the kind words Mick. Still got a long way to go though. I'll be dusting off my Marin MTB soon.

Just to reiterate previous comments. A great weekend, with fabulous weather. Lots of pretty cars to fawn over. Hopefully the next rally will be as enjoyable.

Yep great day, even though Timex was robbed on a technicality (something to do with not being able to win 2 years running apparently). I now know how much work I can do before it's better than this years winner (it's quite a lot

Had a fun drive home too - the back box fell off on the way home, and tried to take the back bumper with it! Luckily I don't think it hit anything else on it's bid for freedom

(there was no one else on the hard shoulder while I secured the back bumper with a bit of elastic chord and retieved the remains of the exhaust from the verge anyway). I'm wondering if a battered, rusty and bent back box would be too big for me to clean up and donate as a 'shed of the show' trophy!
Mike Sims
BX 19RD Estate Mk1 - Timex!
BX 4X4 Estate - Oh god, I've done it again!
BX 17RD MK1 - it called to me!
BX14 TGE, - SOLD
XM Turbo SD,GS Club Estate,Visa 17D Leader,HY Pickup,Dyane Nomad,Dyane 6,2CV AZL,Falcon S,Trabant P50,3x Land Rovers (88" series 1,109" series 2a FFR,series 2a Marshall ambulance),DKW F7, Lambretta LD150 x 1.5,Mobylette SP93,Ural Cossack,Ural M63,CZ 250 Sport,Honda Varadero 125,lots of bicycles & tricycles including (but not only) Sunbeams,Higgins & Bates!
Top

citsncycles wrote: Timex was robbed on a technicality


Cruelly robbed Mike, cruelly robbed. If the back box had fallen off on the way to the show and the car had arrived with its arse hanging out any so-called 'technicality' would have been waved. To everyone in BXC Timex is the only true shed; any other car is merely 'scruffy'!

Aye. That seemed a bit cruel. It wasn't like the same owner would have won!
www.classichub.wordpress.com
Top

Managed to finish off going through my pictures of the day. As mentioned before, due to spending most of the time chatting I only took 41 pics which is quite unlike me...

Here's a general overview of the field - taken later on in the day so near to the 111 cars that were in attendance overall:

Bit closer up this time, with all but the CXs and a couple of Ds:

The Xantia's were definitely out in force this year - 23 which was the highest of all model's there: 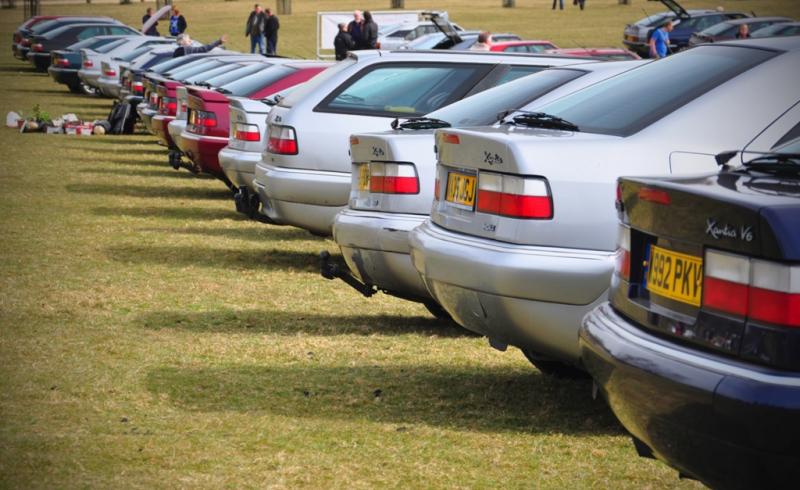 Darren's V6 was tasty although the wheels divided opinion - (notice the number of wheel nuts...): 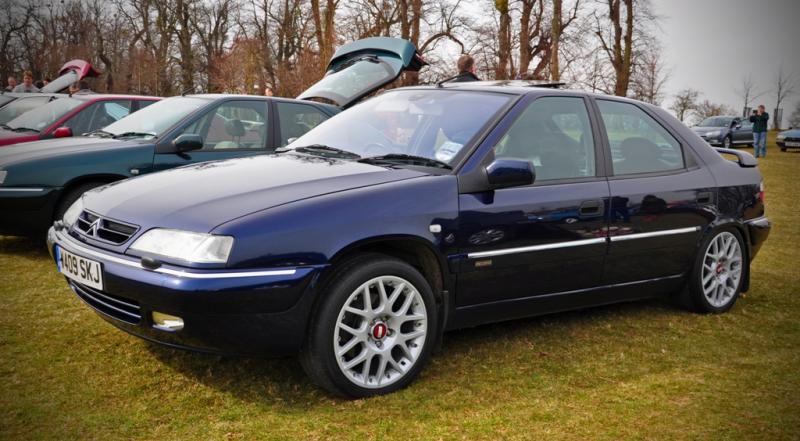 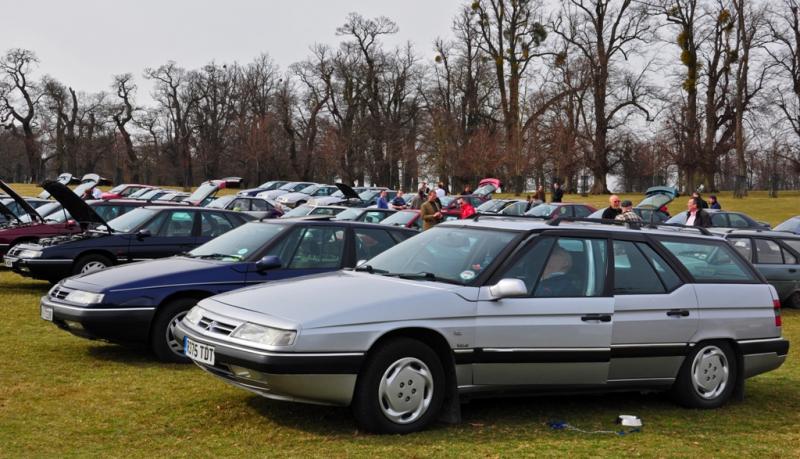 BXs were out in force too with 20 in attendance, although a bit down on last year's 26:

My BX Digit, aka Project X was in attendance: 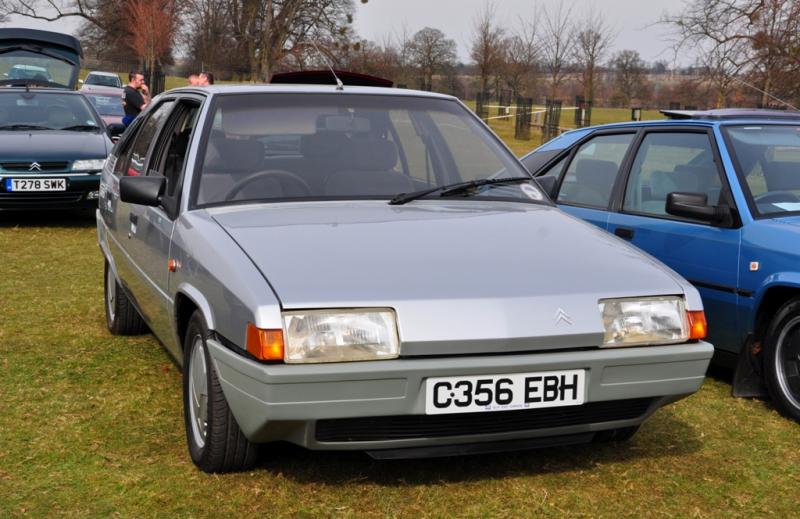 Nice selection of CXs were present too (10), but would have liked more: 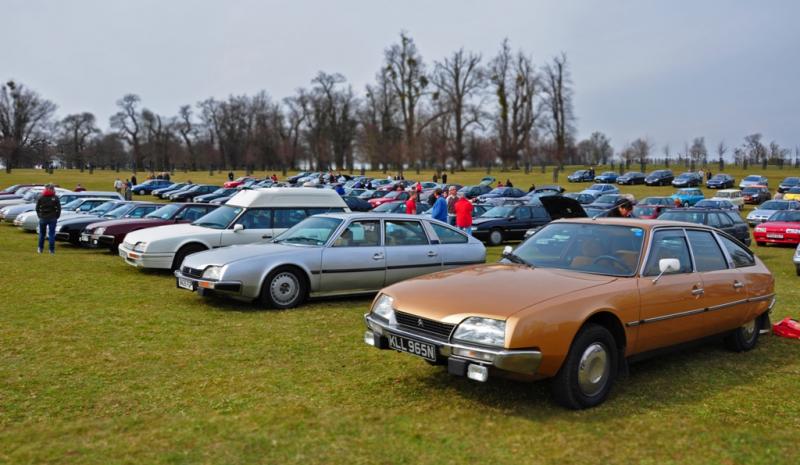 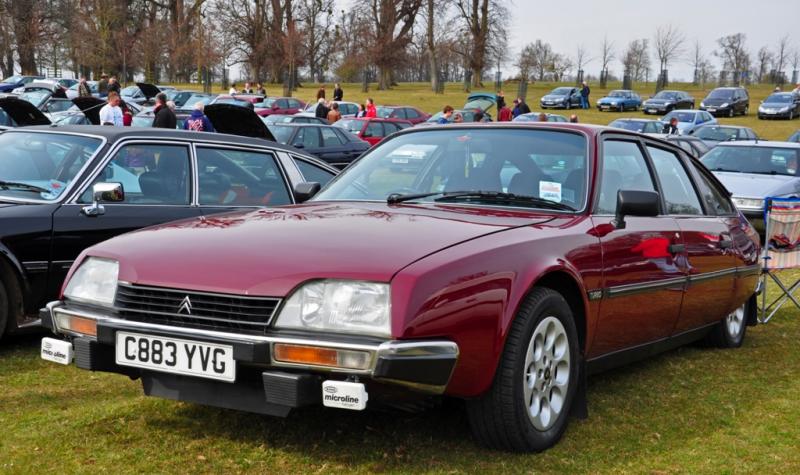 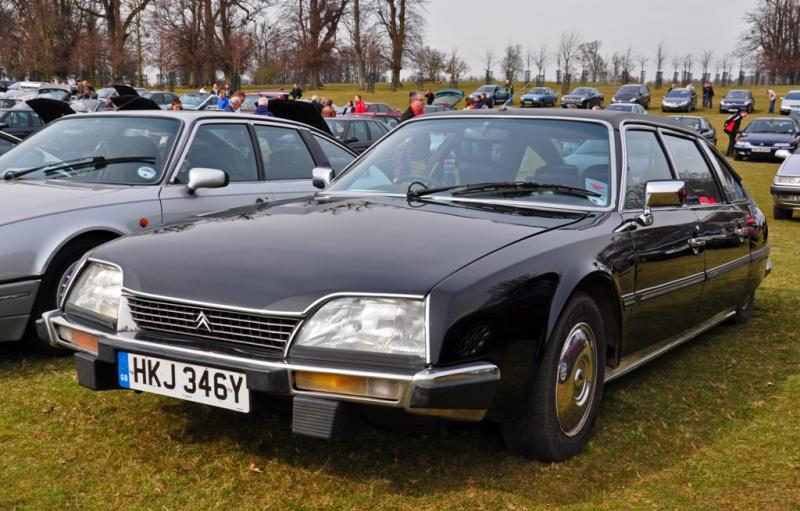 Some Modern Citroens turned up too, with Mike's Visa and Luke's Vel Satis sneaking in: 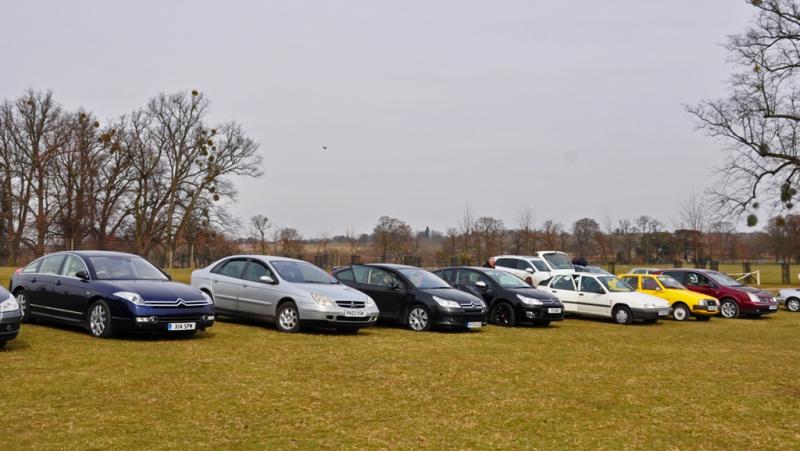 Other Modern Citroens mixing with the old: 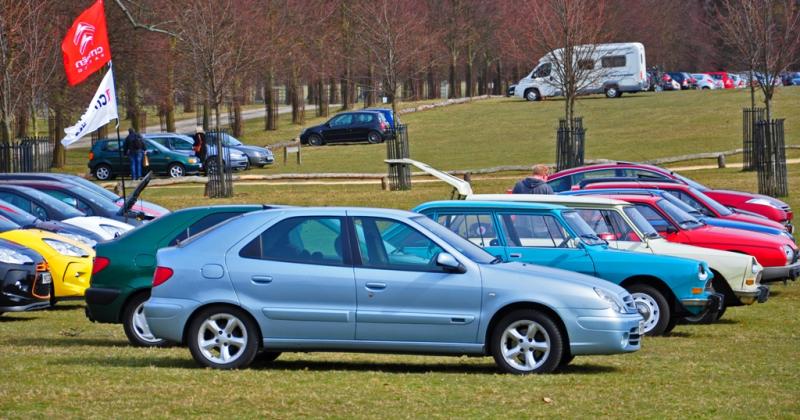 My C4 was in attendance too, lowering the tone: 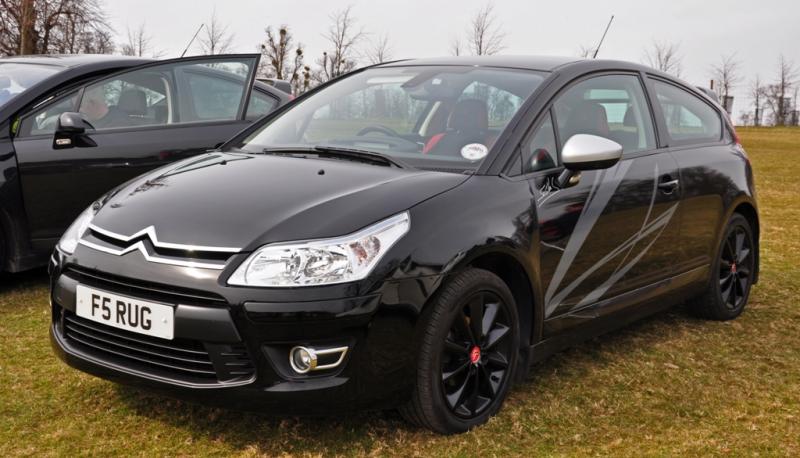 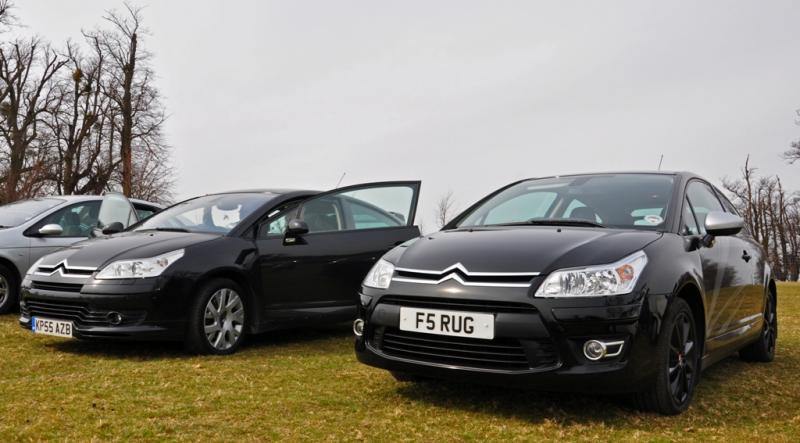 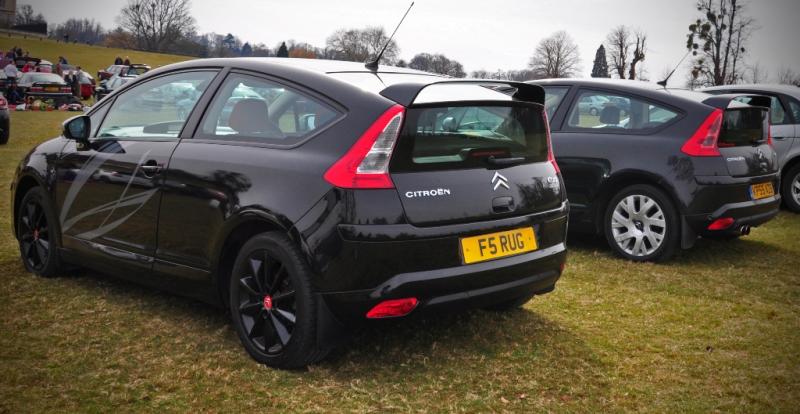 All in all an excellent day all except for there not being enough time - it really did seem to fly by...

Good to see faces old and new, spent most of the day chatting and apologies to those I didn't get around to having a chat with.

Looking forward to other people's photos too.
Top

Having walked around with a camera most of the day, i took very few pictures!

There are a few more pictures of individual cars here;

Please tell me if I am mistaken. But mine was the only 8v GTi there

. I was expecting at least one more. Least desireable model?

I think all models are just a bit thin on the ground these days - most BXs there were more or less the sole example at the show ( a couple doubled up - but not many). I don't think any ardent BXer would call the GTi 'undesirable' - quite the reverse; I'd have one like a shot if I had room, money, time (etc. etc.). I didn't realise that was your car - you should have said 'hello' - next time maybe?
Top

I just wanted to say I had a great day on Sunday and well done to every one who made it happen.
I must also give a special thank you to Tim and Patrick who gave me the advice last year on what was needed to improve my car to make it a winner.
I still can't believe it came first.( not bad for an every day car)
This has now given me the push to put my TXD Turbo back on the road after a 4 year lay up.
1992 BX GTi Hurricane x2
1991 BX Meteor 1.9d
1993 BX TXD Turbo, Ice blue
1987 Visa GTi
Top

Well done Gary! A job well done and that meteor is in awesome condition considering the mileage. I really do have competition!!
Lots of Motors, mostly semi broken....
Top
Messages: 126