A place for us to show off our cars in all their glory. Please keep picture sizes to about 800x600 pixels.
Messages: 47

[quote="kieran.lDoes't look all that bad from a distance


no just a little bit further back

yeah thats not so bad

MULLEY wrote:..the worst part is the roof, that looks rather nasty & depends how deep the rust is, if its just surface it can be sorted & re-painted. The fuel tank panel looks nasty as well, the underneath looks in better condition than the outside of the car?

Kitch wrote:Pull the front wings off, the washer bottles out, the rear bumper off and have a good scout around the sills inside and out for rust. Look at the where the rear subframe mounts to the shell, and around the sides of the fuel tank. Check where the front subframe mounts to it for rust too. On your pics the underside actually looks quite good from what I could see.

Definitely think the roof is very scary and probably the worst part of the car. We are waiting for some lifting equipment so we can have a good look underneat but the impression I'm getting is that it isn't to bad from what ye have pointed out (I know thats only what can be seen), except around the fuel tank. This weekend if its dry, hopefully I can pull the bumpers and front wings off for a poke around. The top of the definitely suffered more than the underside because of the fishing pots that were stored on it.

It seems that the locking/latches on three of the doors have completely seized as we cannot open them. They don't look locked because the buttons are in the up position but is very possible that they are seized in the locked position. Is there anyway of getting at the locking mechanism from inside (without opening the door) if the door card is removed or is it even possible to remove this when the door is closed?!


Kitch wrote:Seems to run quite sweetly.

The engine is probably the best part!

Although its saying something for the hydraulics too given that it rose after such a long time, and there weren't signs of any leaks!

Looks like my mk1 when I got it lol
David Musk

Mentioned in this months Citroënian

I'll have to see if I can push my uncle to make a decision over what to do with it... even if its only to get it into dry storage... its worse off now out in the weather than when it was in the barn

I'll have to see if I can push my uncle to make a decision over what to do with it... even if its only to get it into dry storage... its worse off now out in the weather than when it was in the barn

Indeed as the cars a star it has to be saved!!
Lots of Motors, mostly semi broken....
Top

Tim Leech wrote:Indeed as the cars a star it has to be saved!!

I'll have impress this fact upon him and use it to my advantage!
Kieran

I like the story, the pics and the wild place where your uncle lives but this is 'schrott' as they say here. That's scrap! If it was some rare Porsche it would be worth the huge effort required. Best to salvage what can be saved now. I hate to think about the state of the pipework - having entirely re-piped a Mk.1 ( not just the front to rears) that had been quite well looked after that's probably at least 25 rotten pipes,loads of time and commitment. Inner wings will be brown dust etc. etc.

Some people have gnomes in their gardens, others have BXs - make a 'water feature' out of it, maybe a fountain coming out of the roof?

I agree with you Todd, a shame but really not worth the effort.

Would cost the earth as well.

Tim Leech wrote:You could buy mine for £2500 which is already done....

This would in fact be the cheapest option.
Save you a pretty penny too.

It'd be better to buy one that someones already put the hard work into, unless you have a particular attachment to it.
1993 tzd estate, on sorn
1992 tzd estate, slowly being raided for parts
1992 txd estate, "doom blue" on the road
1991 4x4 estate, on the road
Top

I think (hope!) whats going to happen now is that a shed is going to be cleared for it and by next winter it will be inside with the eventual fate being that it'll be a parts car for when my uncle manages to find another mk1 (the likelihood of finding one is another question, especially here

Tim Leech wrote:You could buy mine for £2500 which is already done....

This would in fact be the cheapest option.
Save you a pretty penny too.

Undoubtedly that would be the cheapest option

I doubt Tim would ever part with it, I certainly wouldn't if I was him, that's one lovely 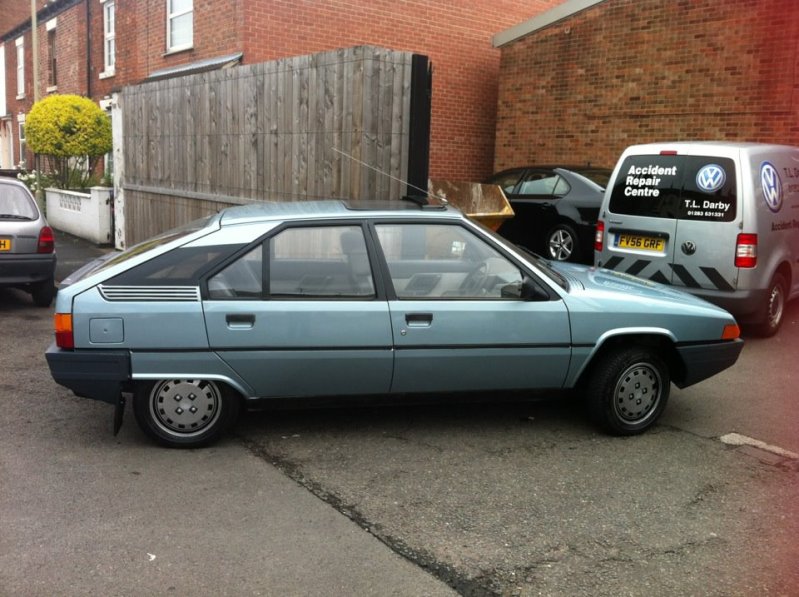 It would take not one but a couple of miracles if my uncles was ever to look like this! A credit to Tim!
Kieran

Actually I would part with it, to the right man at the right money....
Lots of Motors, mostly semi broken....
Top

Well I have received a fully deserved reprimand for my extremely poor irish,
first of all I apologize for this and I meant absolutely no offence, and I am so very sorry if this has happened, I think I must give in too the passage of time, and the days of myself learning things has passed, my dad god rest his sole, tried to teach me but I didn't want to know,
now I want to learn it, I can't,