One could never describe you as boring Mat!!

After input from forum members and others, I have decided although I want to apply *some* criteria for inclusion, essentially anyone is welcome. All I shall say is; please, in the spirit of the 2009 BXagon and2012 Challenge, try to turn up in something interesting - and French if possible. Age of car isn't rigidly set out, but essentially if the car's over 20 years old I reckon that fits the bill. I hope said car will also be French - Citroen (of course), Peugeot (if you must

), Renault (if you feel confident) - and also Panhard, Simca or Matra too. If you want to do the Challenge in an Allegro or Escort, that's fine too, (nice if you could sticker it up though with the obligatory plaque)... There will be an entry fee per car to cover stickers, admin etc. but included in that will be a voucher for money off the wonderful hoodie/shirt(s) I have planned. You don't have to commit yet and there's no need to register. As before, this is a holiday for like-minded enthusiasts with no mandatory route - only suggested group overnights and other possible rendezvous'.
• 1992 Citroen BX TZD Turbo Hurricane
• 2006 Xsara Picasso 1.6 16v
Top

Looks like I may have bought my challenge car then!

Philip Chidlow wrote:I happen to know it's not... it's a D reg BX estate... 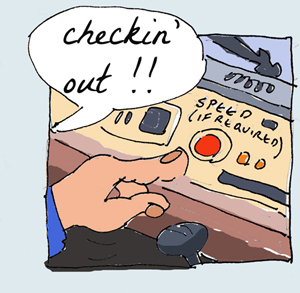 A friend of mine back in the 80's parents owned one of those rancho's & when he passed his test we'd all travel in this to parties out on the coast in Norfolk, happy days 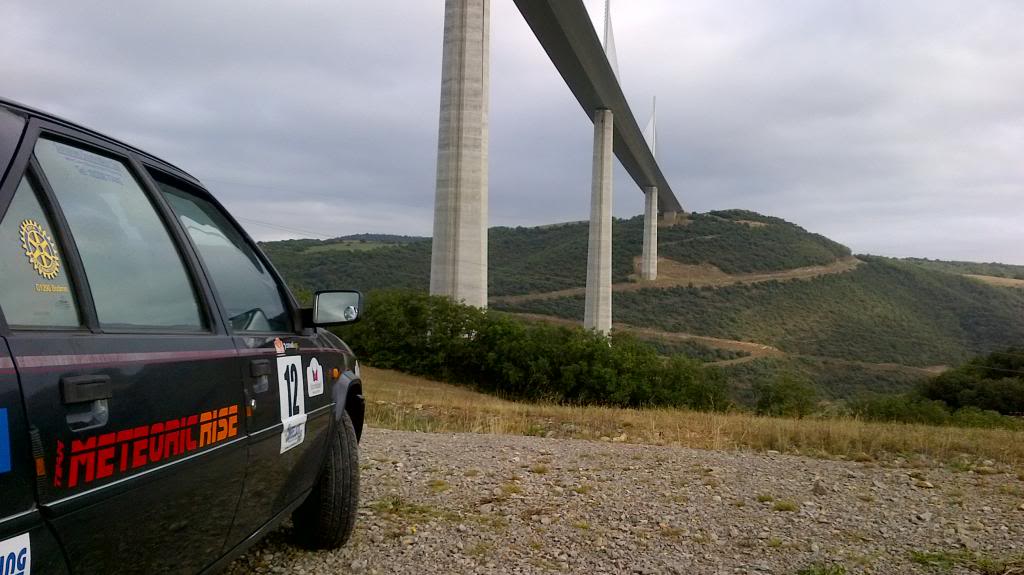 Millau bridge is well worth a visit

Colin - Returning to BX's for the challenge.

So, it would seem the 20 year old rule has gone down well. I think we might even see non-French cars (dare I say non-Citroens?!) but that doesn't worry me. So what if we do the Challenge accompanied by a Saab 96 or Volvo 240, a Fiat Tipo 16v or a Mini Cooper? It's all part of the fun.

Back to what to call this darned thing.

. I wanted something more evocative, (even romantic lol? :O) so...

(Unless I find out it's some sort of colloquialism or euphemism that might give the wrong idea!):

I think I like it in that it works because we're going to spend most of our time driving around in the centre/heart of France, and could also refer to our joy of driving in France (if not love of France itself n'est pas?) and of course French cars - especially our beloved Citroens... and so on. Call me an old softy but I like the level it's pitched at (it's far removed from Gumball Rally-style events

I like the new title, more meaningful and mysterious, althought the previous one did sound exciting and intriguing. But then put pyrenees and citroen in the same sentence, and, well. There you go, intrigue and excitement!

I really am going to try hard to do this one, i've missed the last two, and will miss this years. As soon as dates are settled, i'm booking the time off. Also i'm wondering which BX to bring, GT for style and comfort, TXD (if I still have it then) for economy or perhaps a different BX (if I have 3 by then, or a differnt one!) although a 14 may struggle with all the 'touring' ascents and such. 2014 seems such a long way away...

I'm very glad Phil is organising again, the last few events have looked (from my computer screen admittedly) rather special.
I'm not a Saint, or a James, but a Tom Saint-James!

Philip Chidlow wrote: . . . and it also might serve to remind our fellow Europeans who won the Tour du France recently

Couldn't everyone wear massive fake sideburns - just so they get the message!?

Thanks for the comments. This one is going to be memorable too, hopefully. But don't forget the CCCE 2013 that Mark's organising is destined to be epic too. The scenery and roads will be spectacular. I hope the weather behaves. 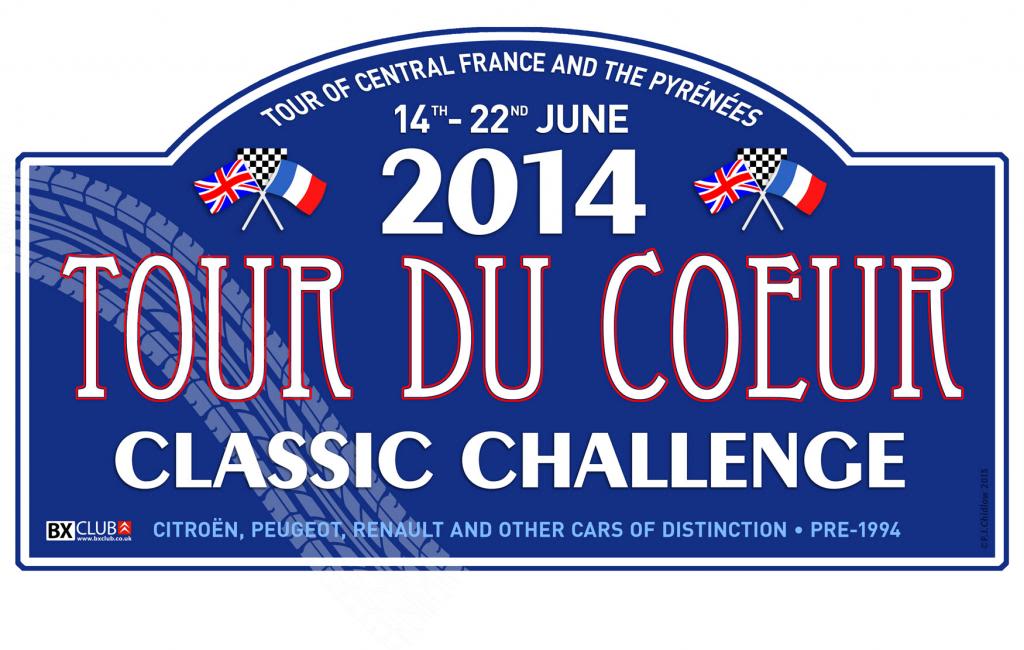 Thak god I'm skint - I'd really, really want to replace that Ford stuff on principal, but it looks tidy, it's local and I've always liked the look of these!


although a 14 may struggle with all the 'touring' ascents and such.

I don't see why Tom - the 14 I had compared quite well with my GS performance wise (and those on the Challenge last year know how well that went up hills!), although I did need to stir the gears a bit more, for example dropping 2 gears for that burst of speed when the GS only drops 1. I wouldn't expect the best economy out of a 14 in the mountains, mine would drop to the low 30's mpg when worked hard, but it should be fantastic round those bends as my 14 was more chuckable than either the GS or Timex due to the relatively low weight of the engine.