After a bit of encouragement from another member I've taken a few slightly ropey pictures of my BX estate. I'm relatively new here so thought you'd like to take a look: 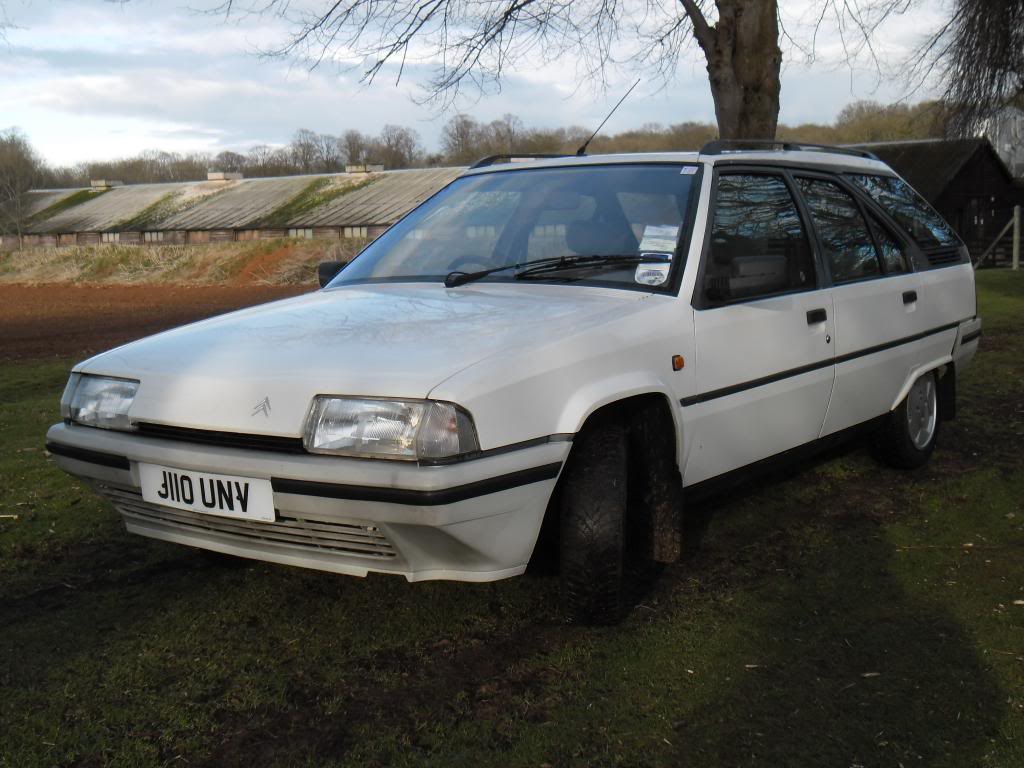 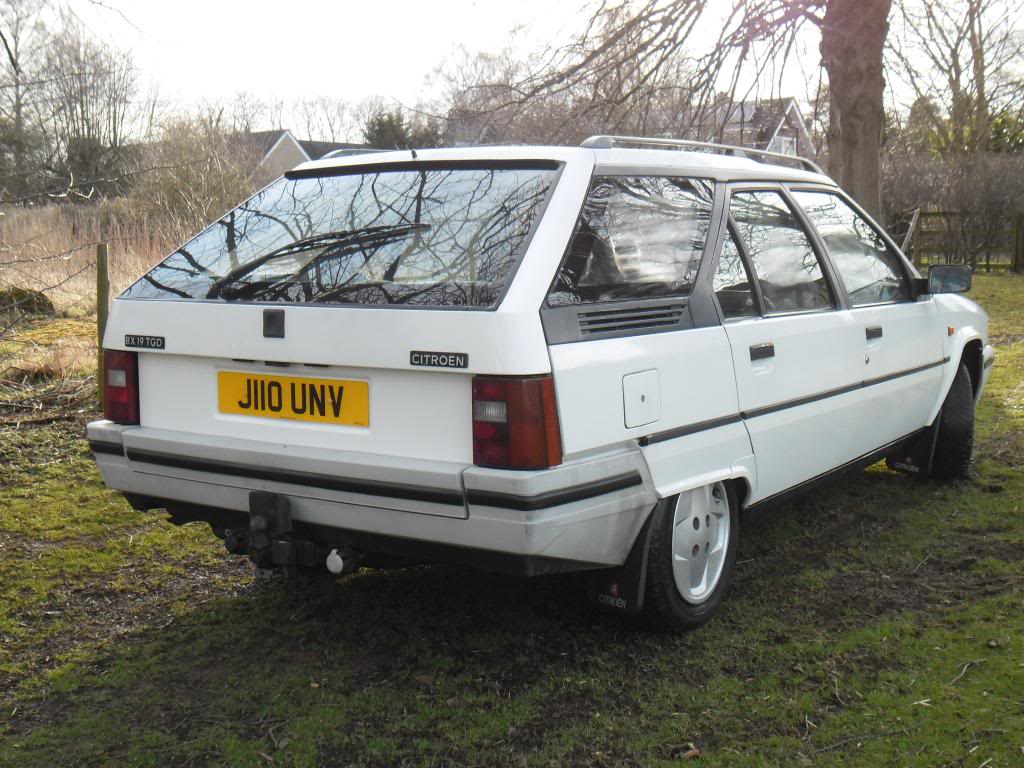 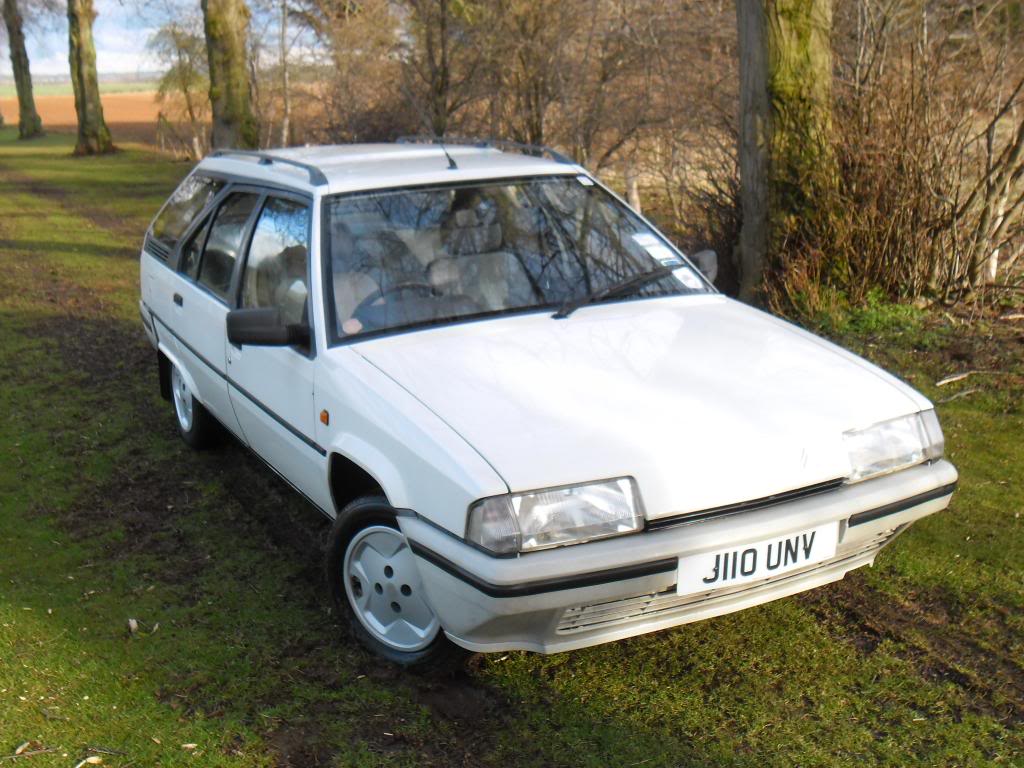 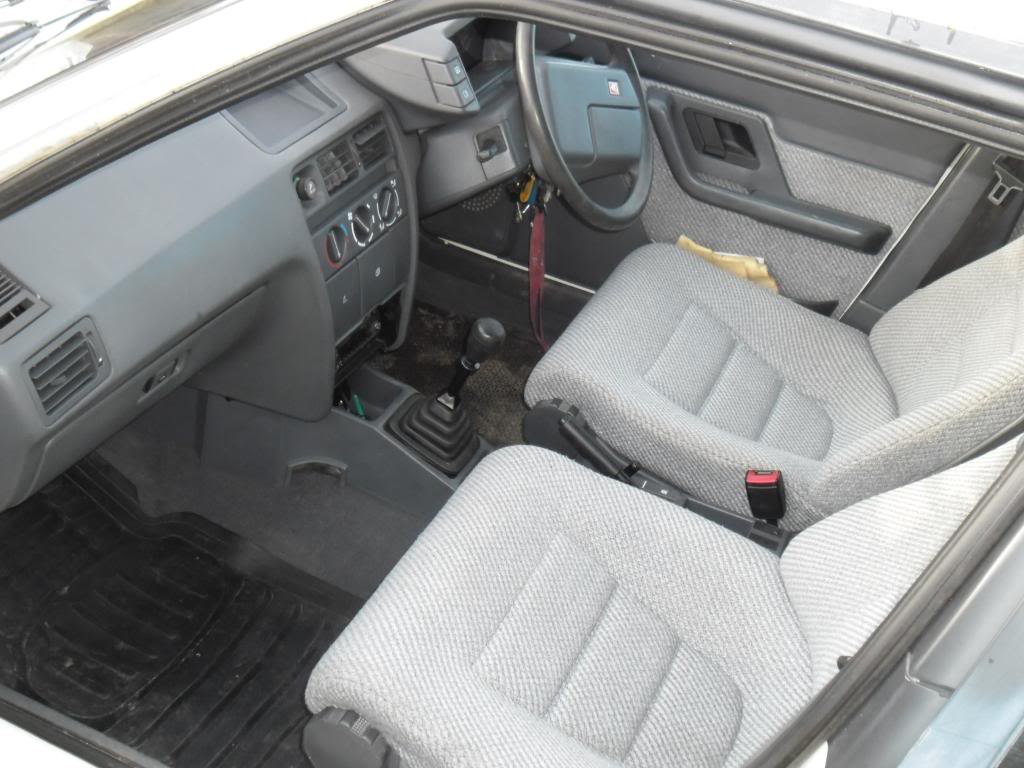 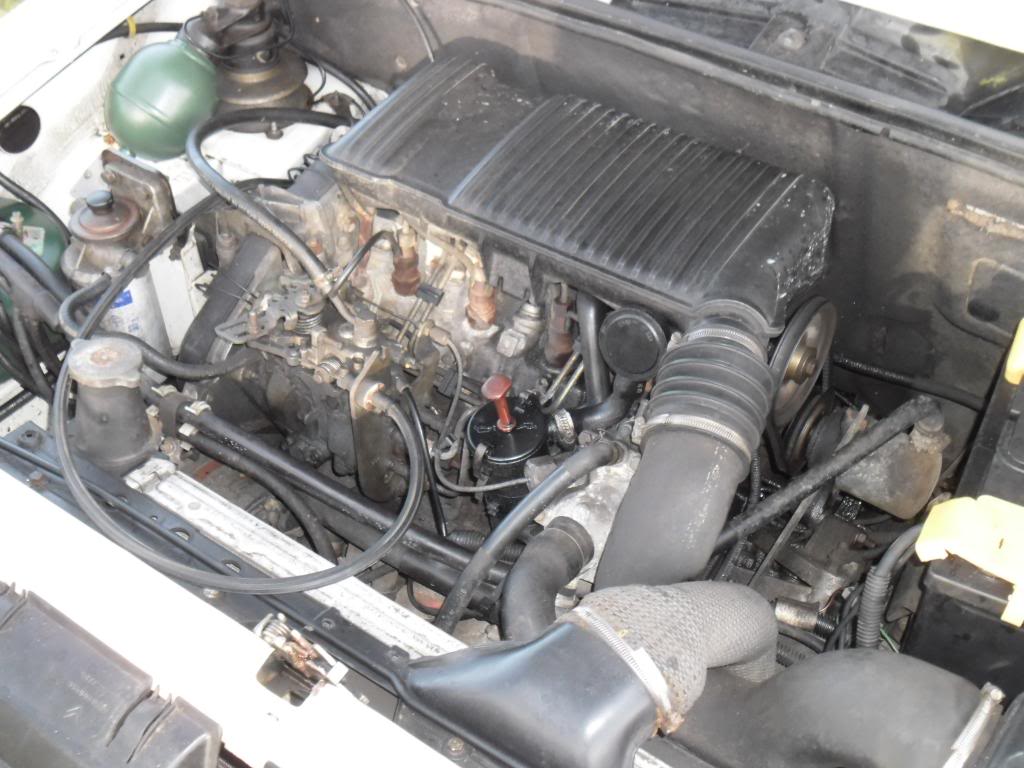 I acquired this from a friend locally, who is a bit of a Citroen addict and has been working on various models for years. He's now in his mid 70's and has amassed quite a collection, most of which are going green outside. There's AX's ZX's, Xantias, GS's, CX's and rather a lot of BX's. I was looking for a sensible diesel estate so saved the one above.

It was extremely green and with quite an array of lichen growing on it. It had come off the road 5 years or so before I bought it due to leaks from the return pipework. I tried to repair this initially but just chased leaks around, so it the end bought the dreaded octopus from the main dealer, dropped the front subframe off (not sure if there's a better way) and replaced the lot. Also replaced cambelt/waterpump, disks,pads, handbrake cables, one radius arm and serviced everything else. It had 71,000 on the clock at the time of purchase and it's now at 92,000. Longest trip has been from Peterborough to Glamis, Scotland and back with 3 people, luggage and a trailer on the back. I've recently replaced the spheres, supplied by Pleiades who are local. Clutch is coming up for replacement but have been putting that off! It needs a few other things but is a good straight car overall. Most estates I've seen seem to be white - is there something in the paint that makes them survive longer?!!

Wow. That looks beautiful! Sadly, see Vulgalour's (ex me) BX estate to see that white is not immune to rust...

Needs the black stripe on the tailgate really - it looks too white without it. Nice save though and it must be one of the lowest mileage BX diesel estates in the country! Not even run in.

EDIT - I'm also annoyed that I completely missed another Citroen nut when I was working in Peterborough and living near Huntingdon! (2007-2010).
www.classichub.wordpress.com
Top

Nice looking car & a good save

It did have the black stripe on the back but the corner of the tailgate was damaged (along with a side window) so I heated up the remains and scraped it off. In better light I think it looks okay but yes there's a lot of white!

I've done a few relatively minor rust repairs; small localised repair to n/s/r sill and half of the rear crossmember after the drain holes appeared to get blocked. I've been using it and the 205 for work which involves a lot of home visits for the local council, so it had a fair bit of use and gets some interest - "I used to have one of those!" I'm sure you've heard it before...

I'll get a few pics of the other cars. Quite a few of the better ones have been rescued but there's still plenty there. Would almost be worth starting a 'Rust in Peace' thread for interesting relics...
'91 BX TGD Estate
'52 Big 15 small boot (in bits)
'50 something H van cattle truck
Top

Hi Daniel - Top car, good save and welcome aboard!

Hope you find time to post the 'rust in peace' pics - they sound really interesting.
Top

That's a smart looking car - and +(another)1 on pics of the others please! As you're not a million miles away, will you make it to the X-rally at Stamford 7 April? - see Events section

Hi Daniel. Welcome to the wonderful and weird world of the Citroen BX. A nice looking example.

I wonder if this was from the same old chap that Tim visited last year partly in search of a "round thingy " for me
1991 BX Meteor 1.6

Hi Daniel and welcome to BXC , was the old boy you acquired it from happened to be 'Syd' ?

Mickey taker wrote:I wonder if this was from the same old chap that Tim visited last year partly in search of a "round thingy " for me

I too thought the same Mickey ? 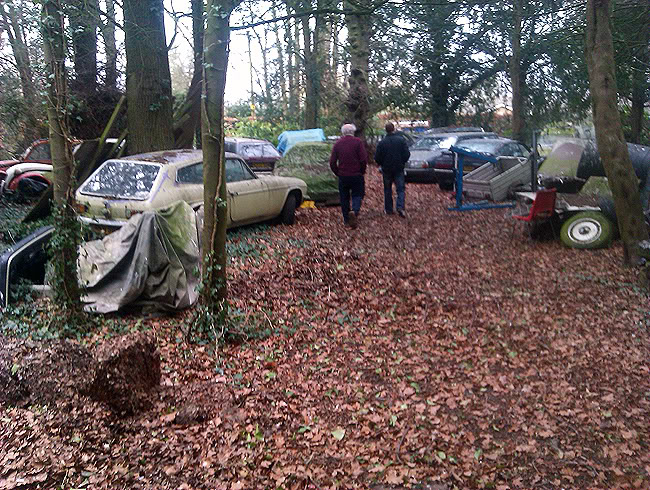 Thanks for the comments kind people. The pictures flatter the paintwork somewhat, but it's not bad overall! The friend I mentioned is not Syd but the pic of the yard is comparable. I was there today and took a few pics - will post shortly. Plenty of (brave) projects there...
'91 BX TGD Estate
'52 Big 15 small boot (in bits)
'50 something H van cattle truck
Top

Well at least I know what Stripey (presently renamed BX-xon Valdez) will look like when I finish sorting all the bodywork out. If nothing else, it's motivation! If you're having trouble getting the paint up to something like, grab yourself a clay bar, some Farecla G3 and some Autoglym Super Resin Polish. With some time and effort it'll come up like new if mine was anything to go by.

I had been toying with removing the black stripe from the tailgate and now I see it done as per yours, I'm not 100% sure whether or not I want to. Looks really clean, but at the same time it looks odd, possibly because I'm so used to seeing them with the black stripe intact.
Top

leave the black stripe off but paint the panel where the number plate is black, that would look excellant,
1991 BX Meteor 1.6

light travels faster than sound, thats why you look intelligent and then you spoil it all by opening your mouth !!!!!
Top
Messages: 16