Anything about BXs
Messages: 76

no problem Mike - do you want my Skype address?
Top

Sweet 16 (valve) wrote:How easy is it to move a BX when its on its low setting and can't be started? I've had a few low cars before and it usually involves getting some angled wood chocks to save anything low scraping on the ground when its going up the ramps.

it is possible,or it was in my case years ago rescued a non runner bx14re, engine turned but didnt run, sat in low, i managed to get two trolley jacks 1 either side under the rear sill and lifted the rear up clear of the ground, put your lever in service high position, remove the spark plugs, this causes less stress on the starter motor and makes it turn over fast enough to get a little pressure in the system, crank the engine over this should after a time start to push the rear arms down, then repeat similar for front end, this should give you enough clearance to get onto a trailer, doing it this way puts little stress on the hyd system. not guaranteed to work but worth a try, with caution.
90 BX Tzd turbo 294k SORN undergoing major surgery
90 BX Tzd turbo estate 46k awaiting surgery
65 Peugeot Boxer Van the new workhorse
52 Toyota Rav4 180k Bulletproof Jap reliability
Top

Yes Tim, it was by far the smartest BX I had as well, and I'd have saved a fair bit if i hadn't started on valvers....

Good to know there are more possiblilities than I realised about moving them, thank you.

I've had a very positive chat with Mike and hopefully the storage problem can be resolved when i see him on Saturday. I've got an extension until Monday to move the cars. More news when it happens.
Top

- well done Mike and good luck Jack, you sound much less stressed than your first post! - hope it all works out.
Diagonally parked in a parallel universe
1991 TZD hatch (Triton Green)
1992 Hurricane
Top

You kid me not! here's hoping for a good resolution on Saturday
Top

Thanks very much for the info rutter - I didn't realise it could be done like that. Cheers.

And hope this all works out for you Jack.
Top

Mike, PM'd.
I have zero patience for your tedium.
Top

Well Mike came round as agreed, stayed for hours and it was good to meet up. Unfortunately the guy that wanted an 8v doesn't want mine, and Mike couldn't get transport arranged on the 16v at such short notice. There's one local firm in Daventry that might help out but still have to persuade transport and new warehouse to accept a BX that moves better on ice. I hope Mike won't mind me quoting from his text, "I will tell others on the forums that the cars are nice and worth having...." I'll see if there is any way I can get any extension for 16v tomorrow but if you are interested please PM me straight away.
Top

Very much hoping that I can save a 16v tonight. I have drafted in a good friend with a V8 Disco, hired a trailer and arranged a garage with some space in their yard. The trek starts at 5PM.

It doesn't start at the moment, Jack says there are no lights on the dash even with a good battery. I'm going to take a bunch of spares up with us in the hope that we can get it running, and therefore up in the air, and on the trailer. If it won't start we will have to do it with my chain block, which is not ideal but where there's a will there's a way. We might have to remove the splitter and rear bumper though.

Ideas please as to useful stuff to take along? I will be taking (quick list off the top of my head)

Battery (not the best in the world but it turns over my 16v, having said that mine won't start either, hmm)
Big fat jump leads (they're actually the main battery feed leads from a Chieftain tank)
New BCP7ETs
Whatever fuses I can get my hands on
Trolley jack
Standard jack
Can of WD40
HBOL
Big AJ and hammer (you never know)

I've got LHM and an ignition amp, also found a rotor arm, no dizzy cap sadly so we'll have to risk it without. Multimeter, good thought! I had also put in some octane booster, but had forgotten about petrol

Well, the silver 16v is rescued from the crusher for now! Still yawning after getting home at 3AM, which is also why I completely forgot about taking any pictures.

We finally set off from Thornbury at 7PM about an hour behind schedule, having had to do a bit of trailer fixing. We were also thwarted on the way by a complete failure of Google to find the warehouse where we were going, but we eventually got there about 9.20PM. Jack met us on site and we walked into a very empty warehouse apart from two silver BXs.

In the end we didn't need any of the extra bits of kit for the 16v. I think maybe there is a loose connection somewhere but I put Jack's charged battery in place, wiggled the leads around a bit and the dash lit up. After about half a minute of cranking it came to life and rose, which was a big relief as I wasn't quite sure how we would have got it on the trailer in low. It would have been possible (the whole trailer bed tips, otherwise I think it would have been impossible) but difficult.

We then turned our attention to the 8v auto, which really is in lovely condition. If anybody is thinking about this one, I urge you to go and rescue it. The body work is super. It needs a downpipe, as it's a bit loud at the moment.

We couldn't get it to start on the key, so we opened up the airbox and sprayed in some Easystart. It would run briefly on squirts of this, so we then removed the fuel feed to the FPR, and discovered that it doesn't seem to be getting any fuel. So it might need a fuse, relay, cleaning out a blocked filter, or a pump. Sadly by this time it was getting late, so the warehouse was almost pitch black, and facing a long drive to Bristol didn't really allow any more 8v investigation time. If there's any way that someone can save it, or store it, or relocate it and ebay it so it stays on the road... please do. I would love to have moved it/taken it on myself, but time and space just doesn't permit right now.

The 16v has a stop light which won't go off, but I suspect this is due to low LHM. I put in what I had brought but it wasn't enough to get it up to minimum level. I guess this is also why the steering feels a bit notchy and the brakes are funny (though I have no doubt that the discs and pads are up for replacement). Other noted issues are:

Rust on both wings, investigation of inners needed/dreaded - I might have to finally get myself a welding kit. But I can live with that.
Bit of an exhaust blow, but that's a standard 16v feature as far as I know. Hopefully once I have fitted the stainless system to 666, I will have enough bits spare to make up a good standard system for F72.
Various rusty bits here and there underneath, too dark to properly investigate so far.
Jack thinks the clutch is sticking - will have to keep an eye on this. I have a clutch kit somewhere.
ABS light is on (obviously).
Missing passenger lock. I am going to splice my Chinese remote locking kit in, and hopefully that will mean the car can be opened on the plip from both sides, so I won't need to bother replacing the door yet.

If everything else works out, it will be worth tidying up the body, but the first challenge is to have a look at the rust situation and see if it's something I can get ahead of. I'll see what it fails its MOT on, with the plan hopefully being to put some money into it to make it a daily driver, and then take it from there. Mechanically it seems good, perhaps a bit of rear arm sag - I'll have to get the C5 wheels on it and see if they scrape or not.

Here are some directly-embedded pictures of the 8v to finish with - Jack, I hope you don't mind me posting these. Someone save it... 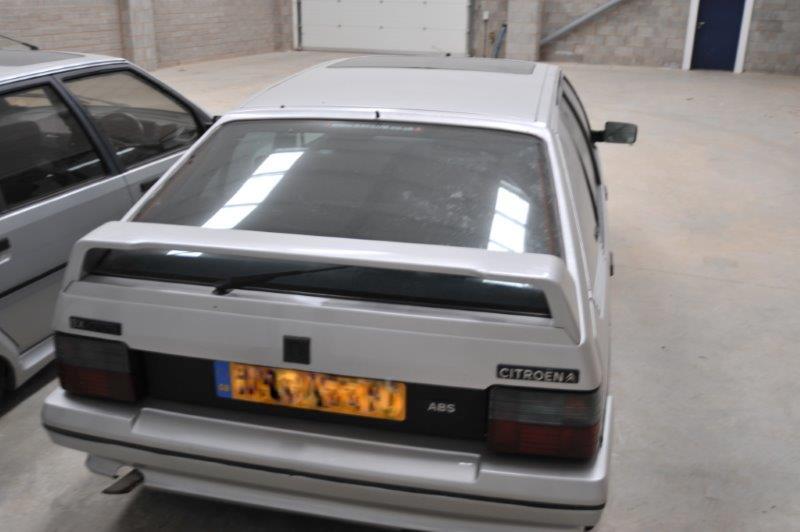 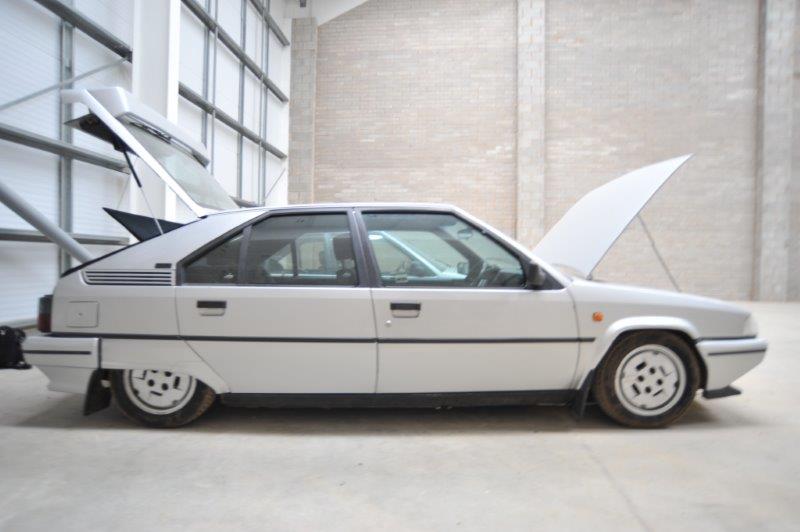 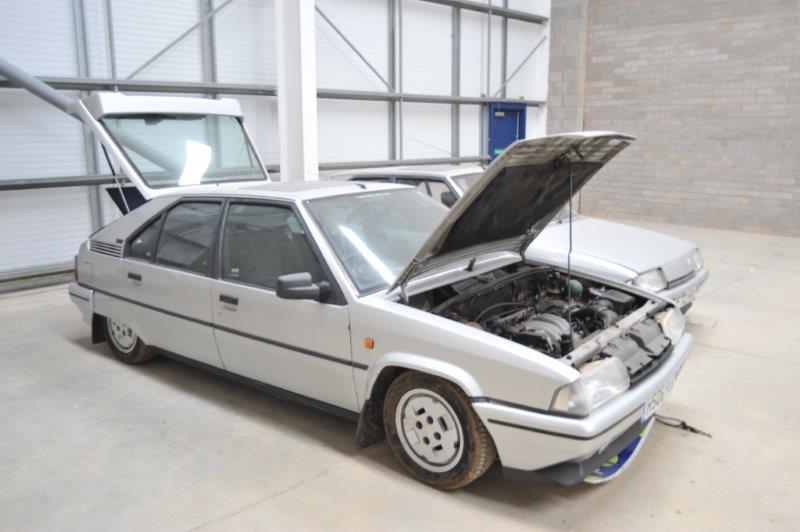 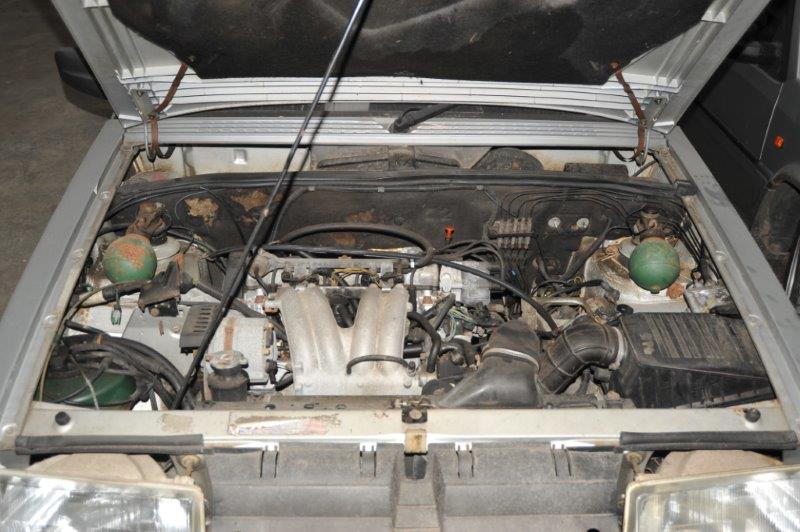 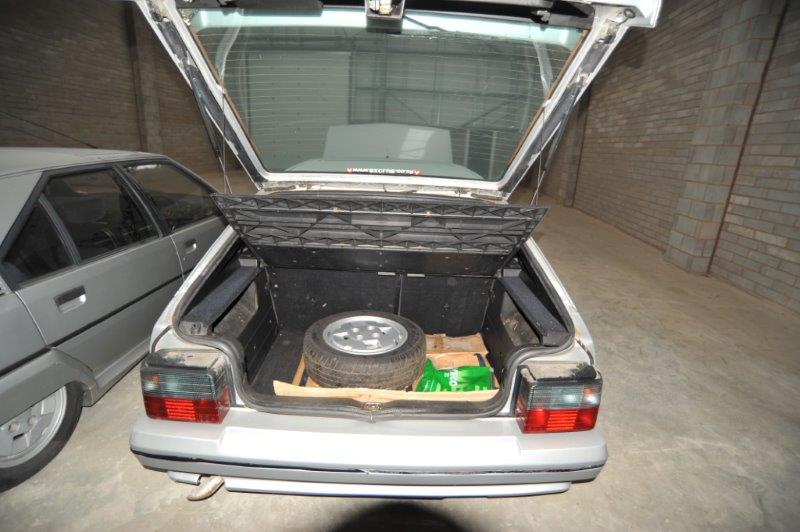