Anything about BXs
Messages: 61

This year where I am in the French Alps we have had a lot of snow - so I feel qualified to answer this question.

A month ago while driving up a 2000 metre pass in horizontal snow with almost zero visibility through drifts up to a foot deep in first gear most of the time I noticed that the high speed fans (its a 2 fan car) were cutting in all the time and the temperature was pretty high too. I assumed that the front grilles were blocked with snow and not allowing enough cooling air through.

So at that time I thought that this was a serious weakness in these conditions and that BXs do not like snow.

Then a couple of weeks later I got stuck in traffic and the high speed fans cut in again - there was no snow involved this time so I obviously had a cooling problem somewhere.

1. Shorting the connections for the high speed fans only one fan was working.

2. When the aircon compressor was on no fans spun at all.

3. I got my meter out and found 0v to the fans when they should have been running at slow speed.

So I dug around and found a circuit diagram for my car in the Revue Technique. The 12v comes through a relay under the glove box and Fuse 4. I found that the relay was operating but the 30a F4 had blown for some reason.

The BX is BRILLIANT in snow by the way. With the suspension raised it can negotiate quite deep snow and ruts that other cars just get stuck on. My snow tyres, Michelins are excellent too. I have only had to get the shovel from the boot once to dig the car out of some deep stuff on a bend.

I attach a couple of pics of the BX with raised to intermediate height suspension in the drive to my place showing the 4-5 foot depth on the field on the right of the car. 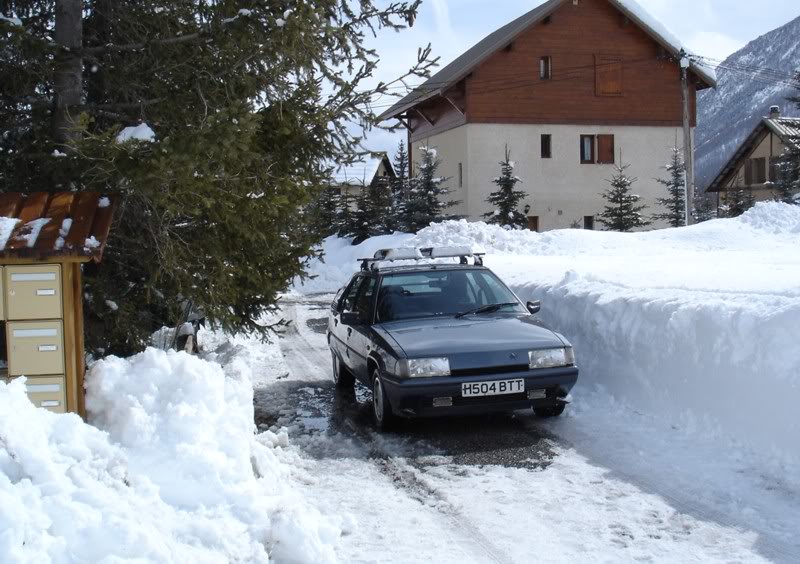 The Joy of BX with just one Citroën BX to my name now. Will I sing Bye Bye to my GTI or will it be Till death us do part.
Top

Maybe it's the setting but your pictures remind me of just how handsome the BX is. Is it a TZD or GTI? Or maybe a TZI?

[BTW, do you have to put weight in the car to help traction in the slippery stuff?[/quote]

During late weeks snow a friends Merc wouldn't go up a slight slope on the field - guess what? My TXD plus small trailer filled with hay tickled up past him with no wheel spin! The different I suppose was he was revving the b.......ks off his Merc while I was in 2nd with foot off the throttle!

The diesels get through a lot at tickover, theres a dirt track/forest track at the place I used to work, one snowy morning I beat a Subaru up it in my old BX, mind you the guy couldnt drive sheep

But why do you keep your filing cabinet outdoors? (1st pic)

BTW, do you have to put weight in the car to help traction in the slippery stuff?

No I think part of the BX's success in snow is due to its light weight - it does not sink into the snow far enough to get stuck.

Thanks for the nice comments guys.
The Joy of BX with just one Citroën BX to my name now. Will I sing Bye Bye to my GTI or will it be Till death us do part.
Top

My 4x4 is brilliant in the snow.I went on the Tan Hill raid with the 2CVers a few years ago.We encountered snow over the Buttertubs pass and quite a few seemed to struggle.Of course it was the main topic of conversation in the pub.When I said I'd had no problems,I was of course, asked what I was driving.My reply"Black BX 4x4 at the back" was met with a frosty silence.Nice pictures Jaba,by the way
1990 GTI 4x4
1992 TZD
Dear Drooper............................
Top 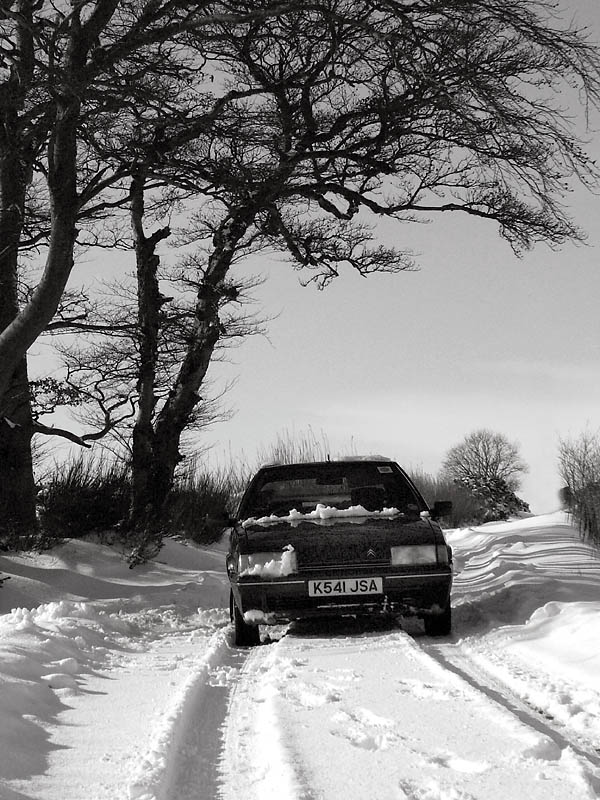 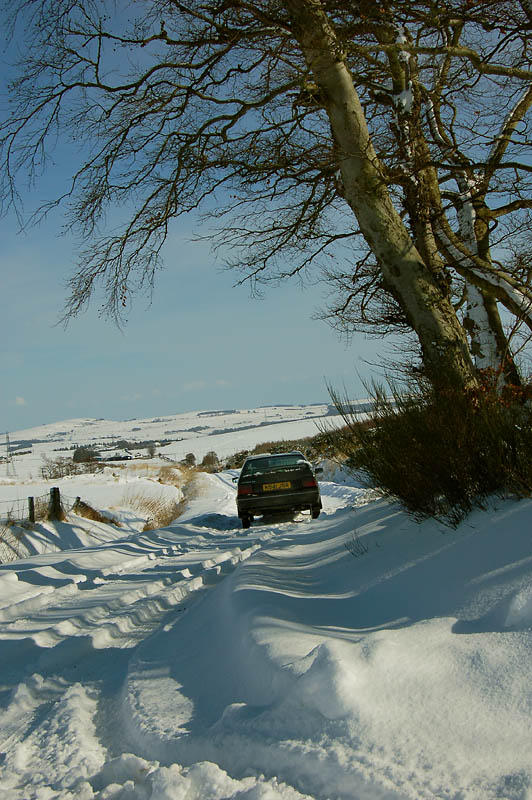 Nice pics in this thread arent they, how about a photo competition?
Stewart
TZD 19 TD one of the few
Xantia Td estate, going soft
Top

About the most snow we ever got in Hampshire this year....and the 16v didn't move anyway

Beauty lies in the eye of the beholder...............I love my BXs but, frankly, they are not beautiful to behold. Nor are a lot of other modern cars I have to say, especially the current Citroën range with their brash, in your face, front end giant chevron treatment. The C2 is quite cute tho.
The Joy of BX with just one Citroën BX to my name now. Will I sing Bye Bye to my GTI or will it be Till death us do part.
Top
Messages: 61