A place for us to show off our cars in all their glory. Please keep picture sizes to about 800x600 pixels.
Messages: 21

I've been lurking for a while now so I thought it was about time I posted.

My name's Alex, also known as Scrof in some circles. Some of you may remember me from a different life several years ago when, while at university in Wales, I owned first a white and then a grey TZD Turbo. Back then, I also owned a very lovely Capri 2.8 Injection, which was a cracking thing, but always meant I couldn't fully explore my hankering for a BX 16v.

Fast-forward around eight years, and recent circumstances allowed me to think about scratching the itch I'd had for a very long time. So, with the help of Mr Kitch of these here parts, I started looking - and ended up buying G-VOT, a car I know some of you will be aware of. 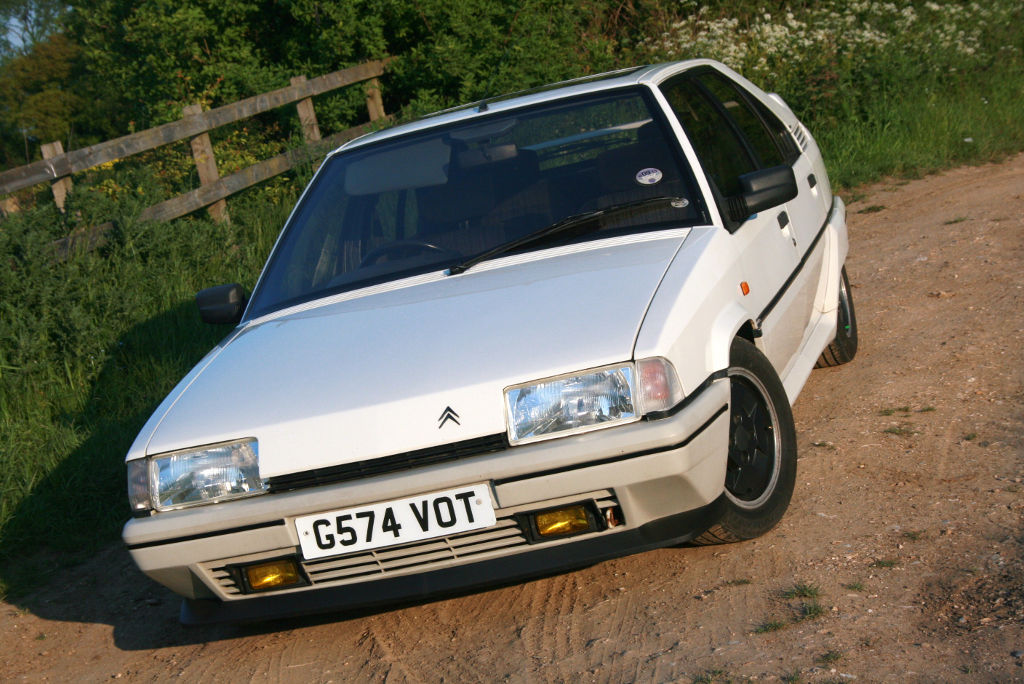 Funnily enough, I was actually looking for a Ph2 car, as at the time I preferred the looks of the chunkier bodykit. But when Mat's car came up I decided I could do worse than go along and have a look. When I turned up, I could tell the car needed a bit of TLC to bring it back up to top spec, and as I really wanted a nice, shiny example I could take to shows, I initially baulked. 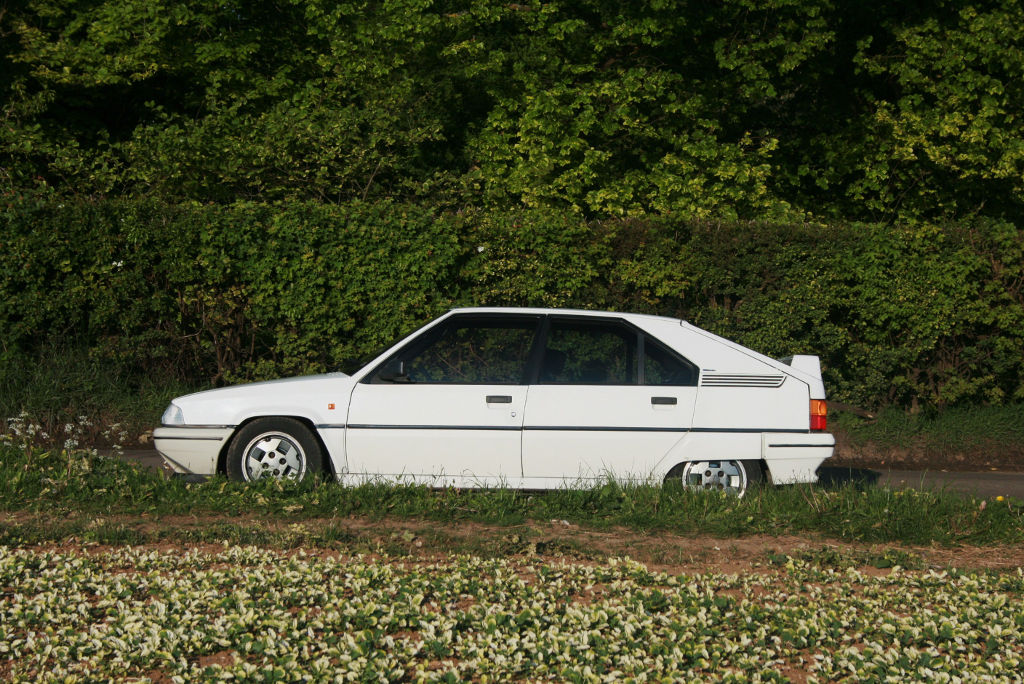 But I couldn't get my mind off the car. For some reason, I was started to get really excited about the idea of owning a Ph1, and I decided to make Mat an offer, which he very kindly accepted. I collected the car with a fresh MOT on it and drove home happy. Well, sort-of - on my way, the car started to misfire, which, as you can imagine, gave me a spot of concern. 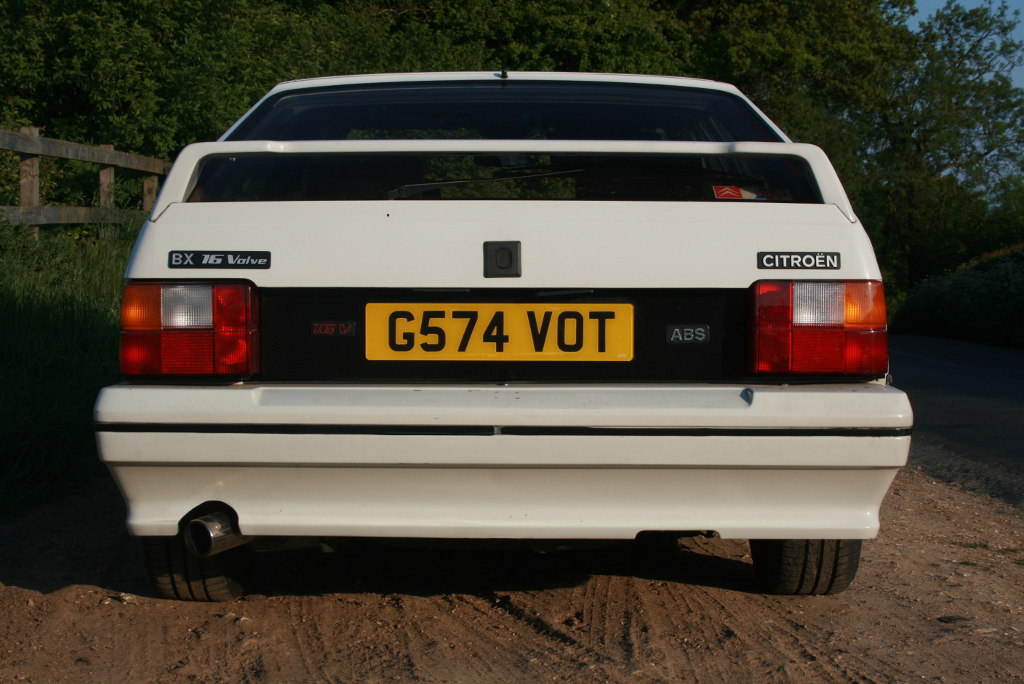 A few days later, I dropped the car off with Rich, to sort out the misfire and a starting problem which had also reared its head. As it turned out, there were a few problems that needed sorting, which I won't go into now, but in the end I left the car with Rich for a month or two to get the majority of its mechanical issues dealt with. (I'll point out at this juncture that, as Rich can testify, I am about as much use with a spanner as Taki Inoue was with a Formula 1 car - no, less, in fact.) 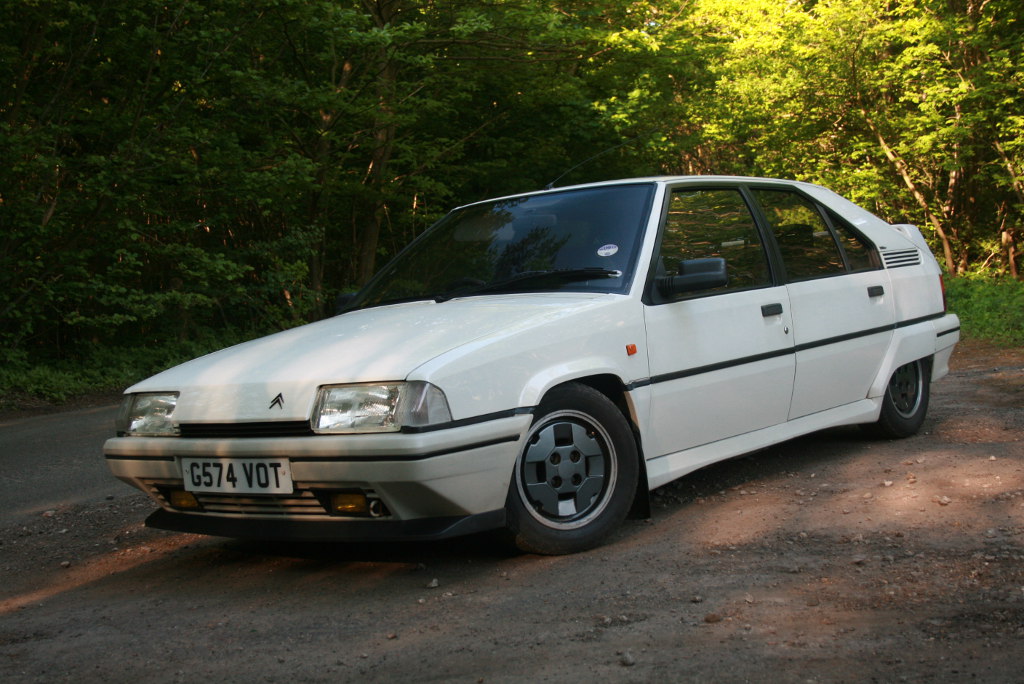 These ended up taking up pretty much all of the cash I'd set aside for sorting the car's cosmetics out, but undeterred I realised that I was in this for the long haul. Despite its many foibles, for some reason I'd grown attached to G-VOT, and I decided that rather than be a quick 'up to scratch' job, this would have to be a bit of a rolling resto, to be carried out as and when time and funds allow. 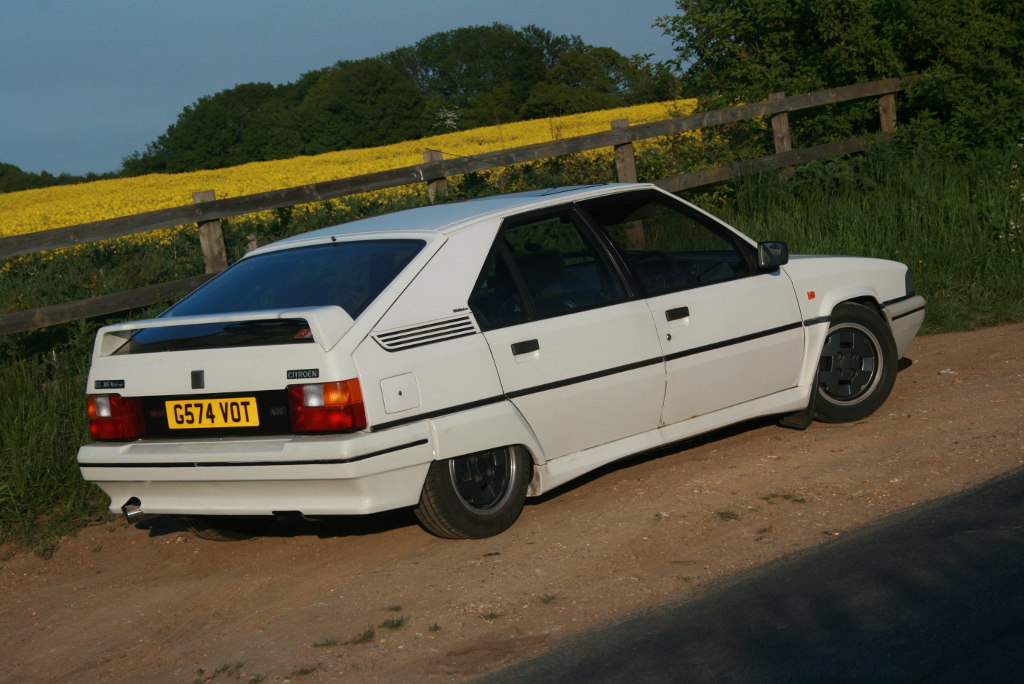 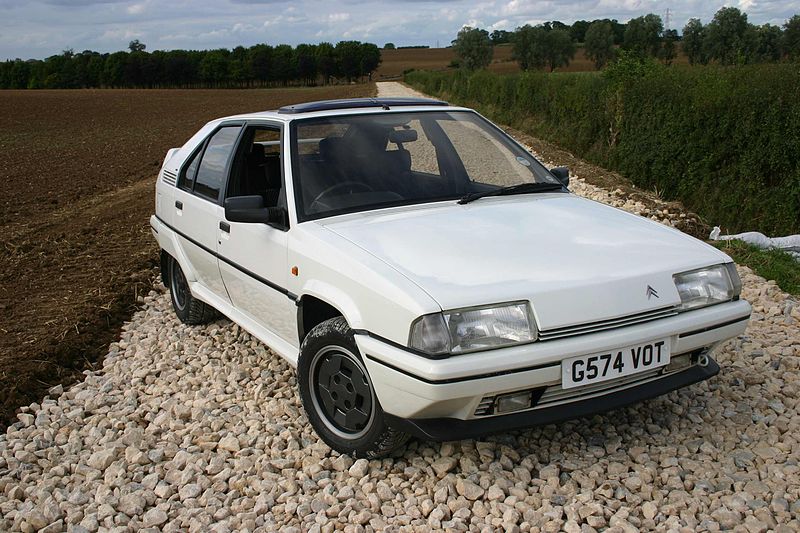 The plan is to aim for 'solid, clean, original condition' - so that'll involve switching the Ph2 alloys for Ph1 items, losing the yellow fogs, replacing the bumper with one that better matches the paintwork, tidying up the surface rust spots that are cropping up about the place, replacing the Le Mans interior with the original Monza, and putting back to original spec a number of little tweaks that have been made by previous owners through the years. I'll try and keep you posted.

In the meantime, you can keep track of the car on PistonHeads - check out my running reports here and here, with another coming soon. You can also keep tabs on the car through the updates I'll be posting in the 'Fleet' section of my website and my Facebook page (if you click 'like', I'll be really, really grateful!) As you might have guessed, I'm a freelance motoring journo by trade, and I'm hoping to bring plenty more exposure to the BX as a model through PistonHeads and other outlets. So far, the reception from the public has been pretty good. And enormous thanks have to go to Kitch for helping me out as much as he has thus far in getting the car up together.

Anyway, that's about enough plugging for one day. I'll be sure to post more pictures as and when progress is made. In the meantime, I'll look forward to browsing BXClub more regularly, and I may just put up a 'want' list in the 'Wanted' forum to try and get some of the parts I need sorted! 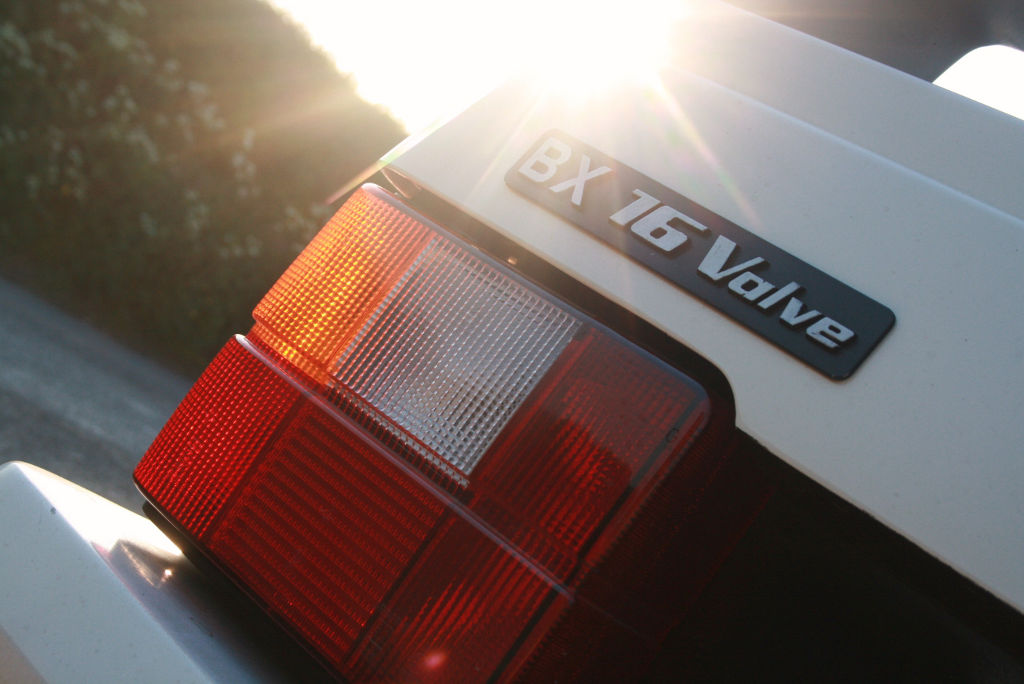 Welcome back! Do you want to use your old log-in details?

Mat - Cheers for the offer but if it's OK I'd rather stick with this username - it's the one I use on most forums now and Capri is somewhat inaccurate nowadays!

Welcome along , I can't wait for some more pics & updates .

And you bud, see you at some shows?
Lots of Motors, mostly semi broken....
Top

Hi Alex and welcome to the BXC !

Indeed as featured in WIKIPEDIA

Good to see you back here mate!

It needs a fair bit of tweaking and TLC, this one, but underneath it's a good'un.
CCC BX monthly column writer bloke thingy - bx@citroencarclub.org.uk

RxBX - indeed, that's where I took the image from!

Rich - cheers mate - as we've said, it'll take a bit of time but she'll get there in the end!
Top

Stratford. Be there. Drink beer.
I'll have a look and see if I have 4 PH1 16V rims left in stock. In theory I should have, but I haven't seen them for years...
Smokes lots, because enough's enough already!

Hmmm. Consider a swap for some Phase 1 16v wheels? With cash either way depending on tyre condition.

I'm umming and ahhing about whether I should go for Phase 2 wheels - when I initially bought them blind I thought they were P2 but have since grown to like them. Will have to dig out a photo of a red estate on P2 wheels to see what it might look like...

Doc - cheers chap, I'll most certainly try! When is it?!

Mat - yes chap, would certainly consider that! What sort of condition are your wheels/tyres in?
Top

Ah, mr Beardy bloke! Hi Alex! I think Kitch enquired about ph 1 alloys for you a while back. I told him I have a set but like Mat want to see if the ph1 alloys I have would look better than a set of ph2 alloys. As the car is being worked on, I can't fit them and decide yet, but in the off chance I'll be at Stratford, then if you are there too, there will be the chance for you to see them at least.

I also have a set of Monza door cards for sale if you are interested. Shame you didn't get on here earlier as I had a whole monza interior for sale! What happened to your TZD in the end?
1990 BX 16V Platinum Grey
1990 BX TGD White
1960 Morris Minor Clarondon Grey
1971 Triumph 2000 Auto Valencia Blue
Top
Messages: 21