has anyone got any of these that they don't want that are suitable for refurbishment? 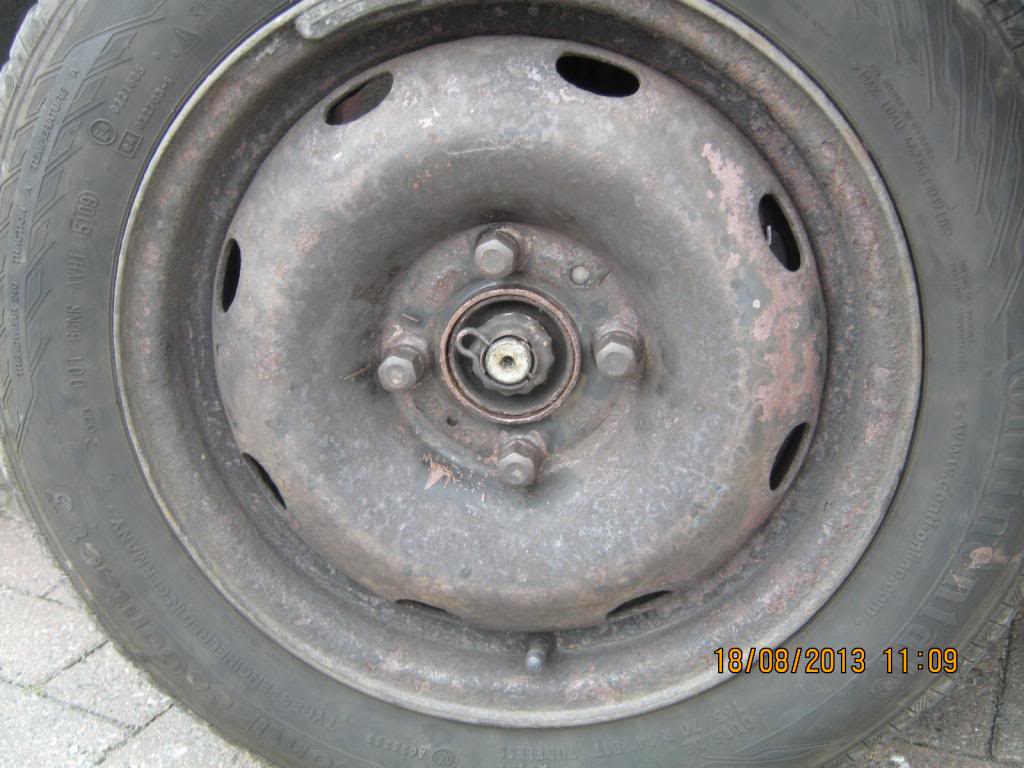 are they the same as those on the visa?
Top

i have 2 wheels here you may be interested in 1 good, 1 some surface rust but refurbable, with rubbish tyres, see pic im near heathrow.

I also have a couple but getting them to you?

I have a selection of bx steel wheels,tyres are no good.located in ashford,kent.they are free if you want them..--------bill
Top

I'd be interested in some old grotty ones (can have illegal tyres) if anyone's going to Stratford. Or near Stratford even!
CCC BX monthly column writer bloke thingy - bx@citroencarclub.org.uk

I can let you have some illegal tyres if you want mate, no charge

Kitch wrote:I'd be interested in some old grotty ones (can have illegal tyres) if anyone's going to Stratford. Or near Stratford even!

Due to a change of plans mine are still for sale at £20 for all four plus 12 bolts can bring to Stratford on Saturday if they are any use to you Kitch ?

apologies to all those that offered wheels that i didn't respond to....had a ship load of trouble last year with work, life and family in general and i'm just picking up the pieces........ my old Citroen has been sitting mainly unused for months but this weekend i've blown the cobwebs off it, removed the layer of green slime where water has been laying, blasted out the moss from the roof panel joints, door trims and window channels and now it's all shiny again.........forums and cars were low on the priority list ......hope you all understand
Top
Messages: 10 • Page 1 of 1