Anything about BXs
Messages: 21

Mike P wrote: There was a UK one that was on a B reg but I've never been able to track down it's whereabouts or fate.

This old post should help you out.
There was a BX4TC in "The Patrick Collection", it was sold and used in Britain (including being shown at the NEC by the CCC) and then sold to France sometime around 2002/2003. I believe it still resides there.

Wretched thing the 4TC, a Swedish guy did better with a privateer version BX rallying and I believe a couple were used in ice racing. Probably 16v versions. IMHO Citroen should have built a mid engined BX if they wanted to win group B and 4WD. After Gumpert was allowed at Audi to do the 4WD it was the only way to go.
My brother owned a Quattro and said it was good, and also thank God it never went wrong when he owned it. Pretty expensive to fix apparently.

I'm a bit like TB, Gandini and his mate who did the BX body, did a great job. Classic proportions and good use of space. PSA group did the interior, personally I prefer the MK2s, outer and inner. Still better internal instrumentation than the last C4s' but not as good as some. As a professional industrial designer one of my first real jobs was building (and tweaking shape of) a custom Transit half cab in GRP for Central Tyre. It was also sold to Councils for local gritting. Almost the only automotive design I have got involved in. Ended up makinga about 1/4 of the plug/buck for the mould. Quite good fun and worked with a guy in Hertfordshire who had all the car 'curves'.
Top

Mike P wrote: There was a UK one that was on a B reg but I've never been able to track down it's whereabouts or fate.

This old post should help you out.
There was a BX4TC in "The Patrick Collection", it was sold and used in Britain (including being shown at the NEC by the CCC) and then sold to France sometime around 2002/2003. I believe it still resides there.

Having clicked onto 'Tecar' THIS OLD POST which then led me to the following quote in the linked up thread :-


Tecar wrote:The 4TC is a scary car to drive.
Not only were the brakes dodgy at best (from standard), the car itself was not particularly stable at speed. With the car being extra long and wide it is a formidible beast.

We took the ex-Patrick Collection/ex-Mark Waghorn (B85BVP) car to Castlecoombe for a rally type run - it was a 'Rally day' with lots of old 'Group B' cars. It was great taking the 4TC around the track, but it was heavy and cumbersome (and was very nearly lost on a hairpin bend - those dodgy brakes again).

This particular car was sold to a French guy who had it at the ICCCR - it still had the Patrick Collection sticker on the window. Most people thought we'd done the modifications when we drove it, and were most surprised to find out that it was a 'Factory' thing.

It is not the sort of Citroen that I'd consider as 'covetable', as it is a bitzer mechanically - with Citroen using whatever was in the bins at the time - mostly CX bits... (and including the Peugeot 505 T engine and SM gearbox????). Whilst it might be a nice car to have on display, it would not be a daily driver (nor would I want to drive it any great distance)

My overall opinion was that it was big, cumbersome, and not in the least bit sporty!

But it did sound nice and get the adrenaline running - especially when approaching corners...would those brakes work?

Which 'Tecar' confirm's the Reg. number and Viola :- 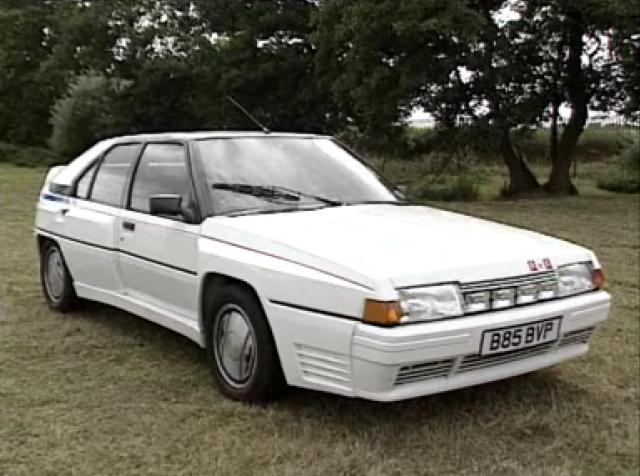 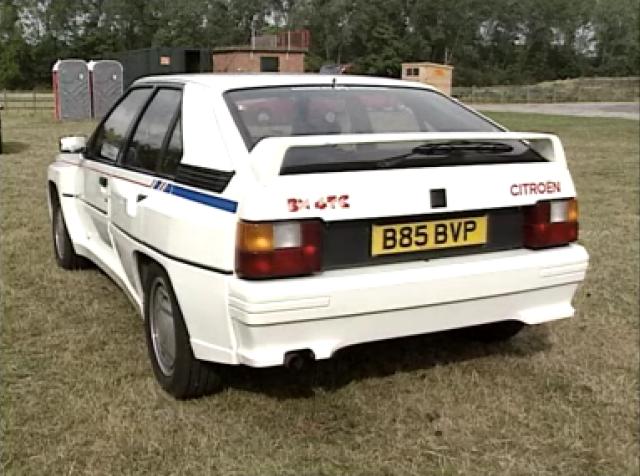 mds141 wrote:I need to have a lie down with a wet flannel over my face. BX 4 TC = gentlemen's crisis.

That first picture is of the BX Polytechnic. Built in 1983 I'm pretty sure it was a one off and competed in the 1000 Pistes rally of that year. Obviously it was the experimental forerunner to the 4TC.

Incidentally, I genuinely do own a three door BX