Rob Moss from Chevronics told me when he serviced my car that you can restore the bumpers with a heat gun. It's took me a while to get around to doing it but he is indeed right.

Using a heat gun isn't just slapping some shiney site on and waiting for it to wash off. It seems that it causes the oils lost from the surface of the bumper to be replaced or drawn up from inside the bumper itself... or, so I've read on a few other forums. In other words, a long term solution.

The result is that I have like new bumpers. This is no mean feat, considering I had some of the most faded bumpers I'd ever seen.

If you want to do it too, allow an evening;I reckon it took me about 4 hours. Give the bumpers a good wash: you don't want to be burning dirt into them!

Just work the heat gun on the hottest setting in a linear fashion about 2 inches from the surface as shown in the video. If it goes stripey you are doing it wrong... try and keep large areas warm. It's really not difficult though, I promise you.

You'll need: You should remove:
All of your lights. I left mine in and worked carefully around them but it did make me a bit nervous. Your call really.

Be brave but please be reassured I absolutely roasted mine in places with no ill effects ! 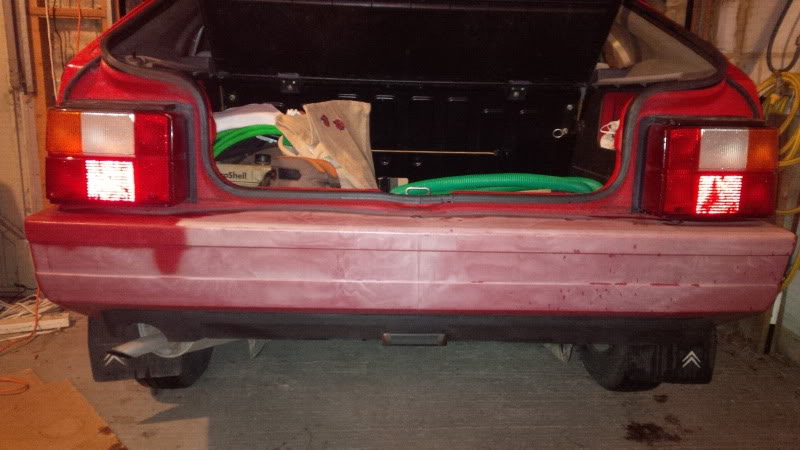 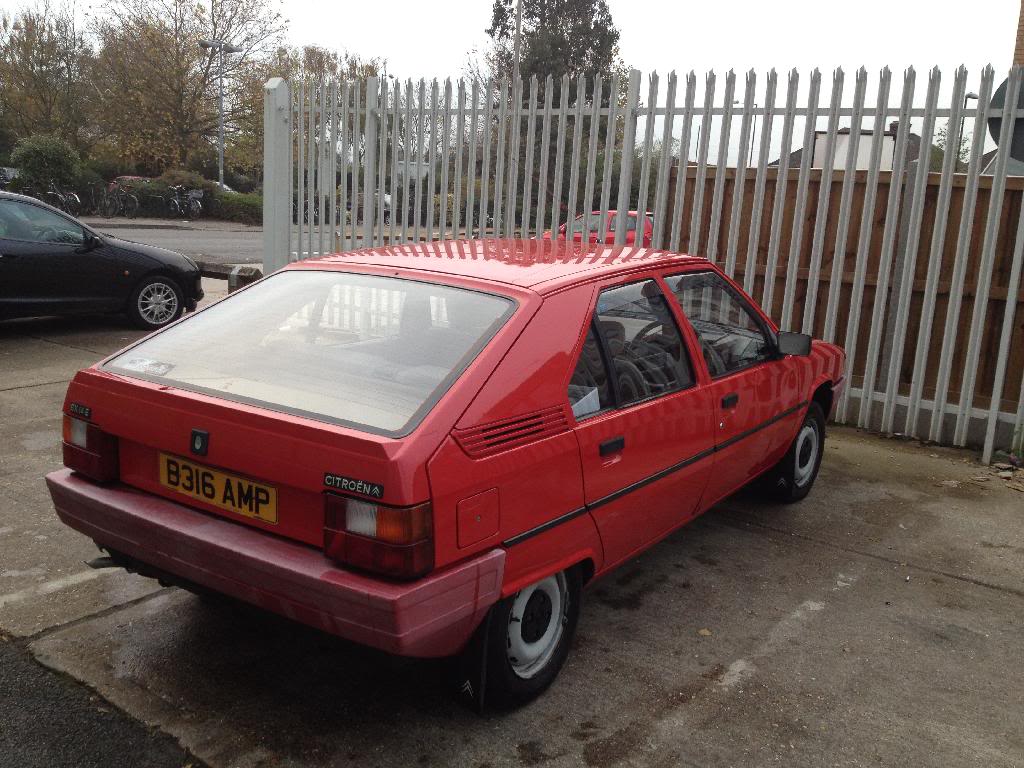 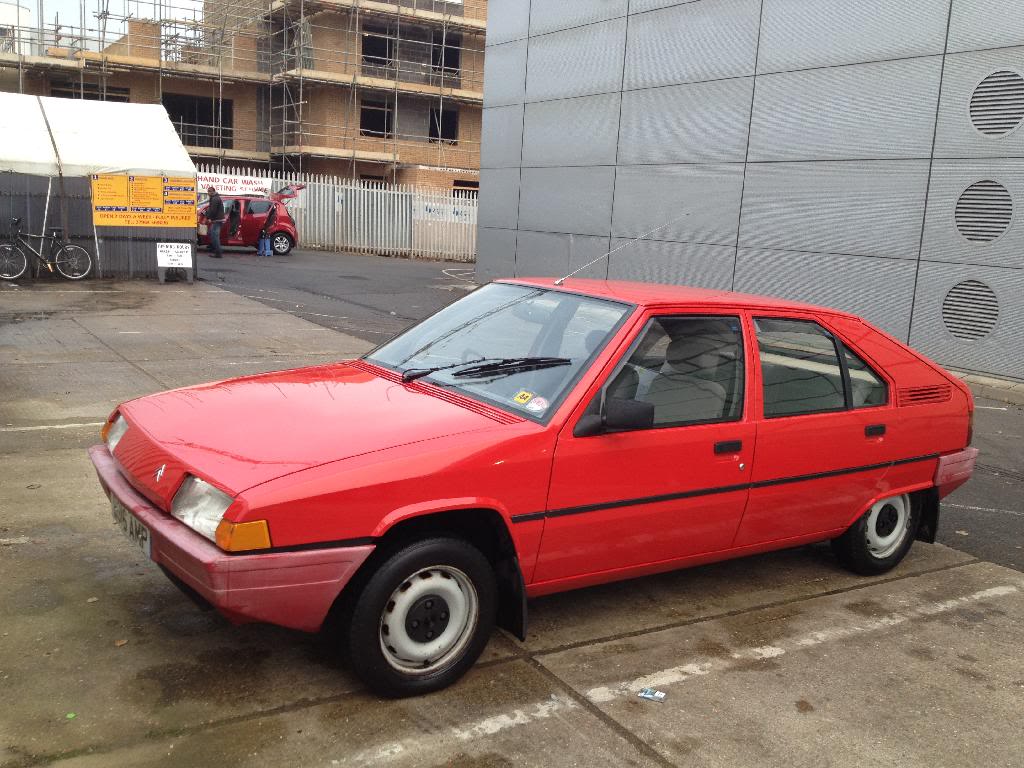 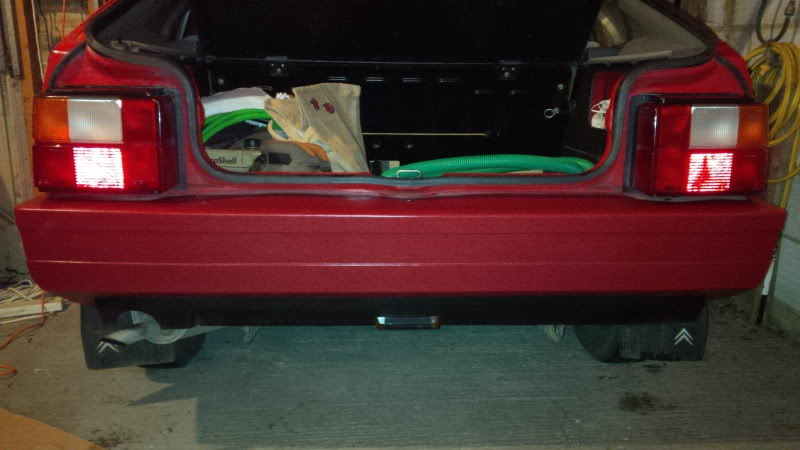 jamescarruthers wrote: If it goes stripey you are doing it wrong...

it does look good though, you will have to do the same to the rest of the car now

Good point on the video I've never uploaded to YouTube before.

jamescarruthers wrote:Good point on the video I've never uploaded to YouTube before.

It should work now I've made it a public video, hopefully.

Does the heat soften the bumper? Fred's back bumper has a hol in it above the tow hitch and some of the plastic round the edges has peeled outwards. I'm just wondering if I can heat the edges and press them back in or if I have to cut them back to the correct profile before patching the hole?
Mike Sims
BX 19RD Estate Mk1 - Timex!
BX 4X4 Estate - Oh god, I've done it again!
BX 17RD MK1 - it called to me!
BX14 TGE, - SOLD
XM Turbo SD,GS Club Estate,Visa 17D Leader,HY Pickup,Dyane Nomad,Dyane 6,2CV AZL,Falcon S,Trabant P50,3x Land Rovers (88" series 1,109" series 2a FFR,series 2a Marshall ambulance),DKW F7, Lambretta LD150 x 1.5,Mobylette SP93,Ural Cossack,Ural M63,CZ 250 Sport,Honda Varadero 125,lots of bicycles & tricycles including (but not only) Sunbeams,Higgins & Bates!
Top

I imagine it softens the plastic to an extent Mike. However I reckon you'd be better off removing Fred's bumper and placing it in front of a radiator for a while.

*a domestic radiator that is, not a car one*
Mark Smith

From past experience, it doesn't last too long (maybe a year) before the colour goes off again.

I will be interested to see how it stays over time, I've never done a BX bumper (other Cits and i think a Vauxhall of all things)

We have been using this technique (heat with blow gun) to restore the colour to decks of Topper dinghies (and similar) for several years.

With these Polypropylene materials you don't want to get the surface temperature too hot, I'd guess about 70-80 deg C. Melt point is around just over 100 deg. If you want to weld in a repair patch a soldering iron is better but you will never get a really good cosmetic joint and match the texture. One trick for matching gelcoat textures when using Polyester is to squash Blutack onto a similar texture, remove it and then squash it onto the soft just applied Gelcoat. Works well - sometimes, depending on texture. I am not averse to a little knifing or carving with chisels on suitable textures either.
Top

That's brilliant! Mine are quite faded too, was wondering whether to paint... obviously not!

I wonder if this would work on the bonnet also? Have you tried?
Top

Don't worry, not the top priority on my list. Bonnet's painted is it? Well mines not really anymore.
Top
Messages: 12 • Page 1 of 1