Tell us about life with your BX, or indeed life in general!
Messages: 76

Re: BXing on the Solent

Lifted from Pistonheads, so excuse any egg-sucking instructions to hardened BX losers.....sorry, enthusiasts.

Well, it must be that time of year again! Time to do something to my mk1 BX. I did consider drawing the line at sweeping the dust off it: 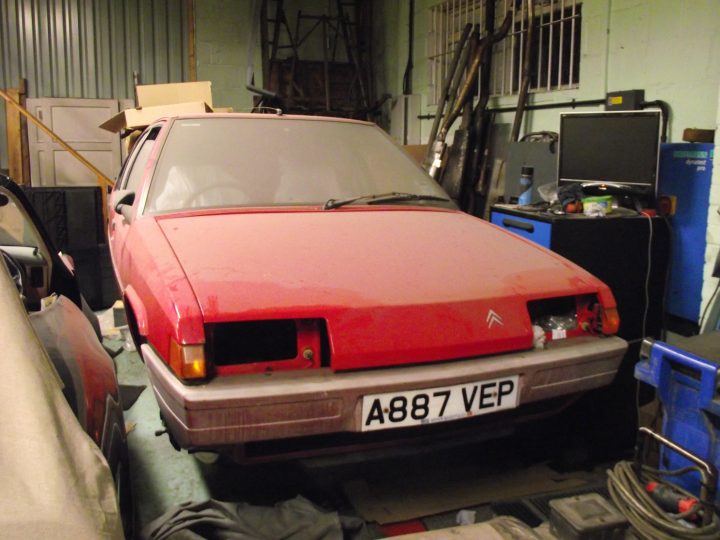 ...but that wasn't really necessary. You can clearly still see it's red, afterall.

So, my attentions moved to where I left it last. The front subframe. As with any blog I write, you'll need to cast your minds back to remember what the last thing I did on it actually was. Personally, I had to read the thread to see what I'd written. Ah yes, the subframe! 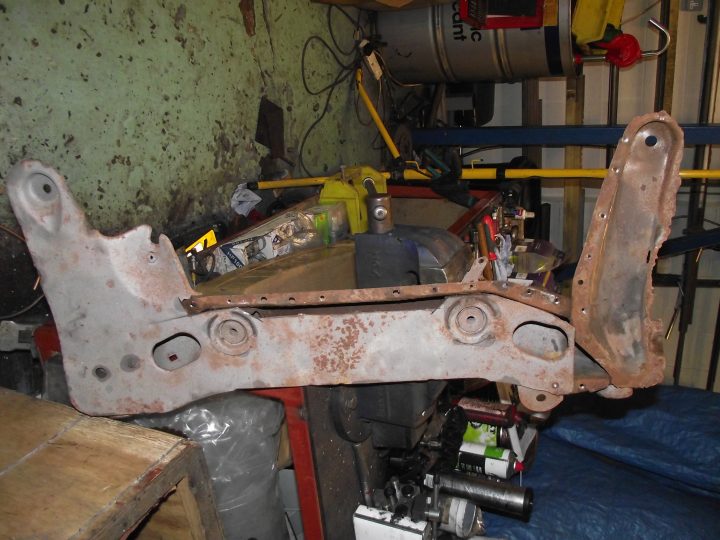 Of course, I had it shotblasted about a year ago to [strikethrough]uncover the utter devastation[/strikethrough] inspect the condition of the subframe, but even in a dry workshop, a shotblasted surface will rust. I should have painted it with something to hold it off.

But, it's only surface rust, so no big deal. The holes and pitting were more concerning, but the biggest concern of all was the bearings. The bearings are important! I've covered it before (multiple times, on multiple threads, to multiple persons who never asked me to open my mouth, let alone dictate the subject of conversation) but basically, all BXs have a subframe which sits under the front of the shell. The wishbones mount to this, by way of a pivot bar each side, so one big stud (usually 16mm in diameter) passes through both wishbone bushes and the wishbone pivots on this.
With most BXs, it's the same as most cars; The wishbone sits in the normal position you want it to, and the pivot effect is created by the twisting of the rubber bushes in the wishbones. Now, hydropneumatic Citroens have many advantages over less-mortal cars. Progressive springing and damping, self-levelling ride height, anti-dive etc. But, one of the drawbacks is that the car sinks when it's parked up, so your wishbone bushes that are mounted at the correct ride-height are put under constant stress as soon as the car sinks.
Solution? Bearings! When the BX was designed, some needle-roller bearings were fitted in the front subframe, through which the wishbone mounting stud would pass through (originally 14mm). The wishbone still had bushes fitted, to deal with NVH, and the bearings dealt with the suspension travel. It could sit at any height, or tackle any bump, and the bushes only dealt with the shock loadings. It was brilliant! It was also short lived. The BX was launched in 1982 (1983 in the UK) and by September 1985, they'd ditched the bearing subframes. The bearings were causing constant warranty issues as they were seizing up and the subframes were rotting from the inside out. Any BX pre-September 1985 that went to Citroen with dicky bearings was retrofitted with a post-1985 subframe (which is where the fatter 16mm studs came in, along with beefier wishbone bushes to deal with the fact the bushes alone were now handling everything). As a result, to have any chance of having a bearing subframe, you need to have a pre-September build model, and then from that, you need one that hasn't had the later subframe retrofitted. The blue GT I'm restoring (occasionally) for my Dad has the later subframe, and obviously my 16v does too. Because the TRS is painfully original, and because it's only covered 17,500 miles, it still has the now very rare bearing subframe. Apparently, the ride is noticeably better on these cars (it's not exactly bad on any BX!) and I'm determined to keep this subframe, even though this subframe bears more than a passing resemblance to a type of Roman Empire.

So, the first bit was to try and extract the old bearings, which felt 'orrible when rotating the old wishbones. I've kindly been lent a rear trailing arm bearing removal tool by a top man called Geoff. The bearings in the front subframes are practically identical to the ones used in the rear arms, the differences being the seals and control washers (which I all have brand new!) Expecting lots of grief, particularly as some editions of the Haynes book of lies suggests, helpfully, that you visit a dealer in the event these bearings need attention (who will change your subframe for a new one), I was hopping with joy at what transpired last night: 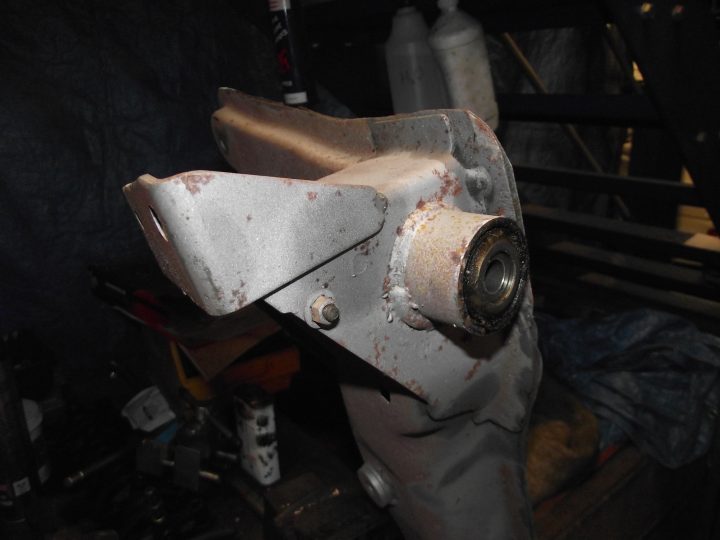 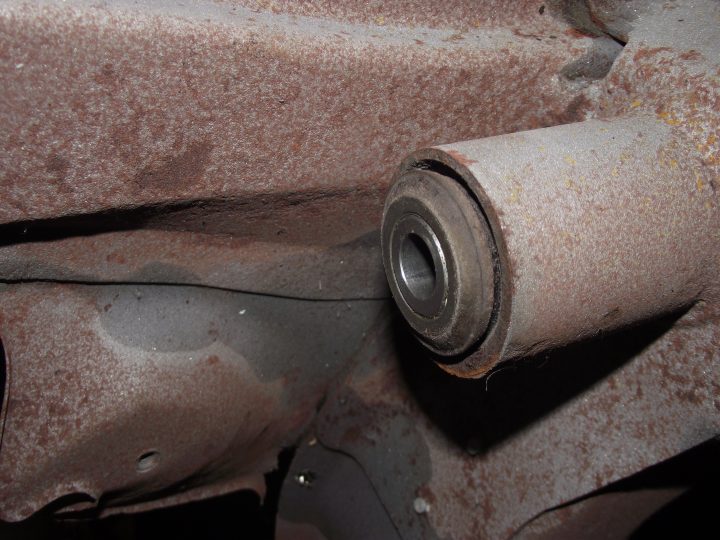 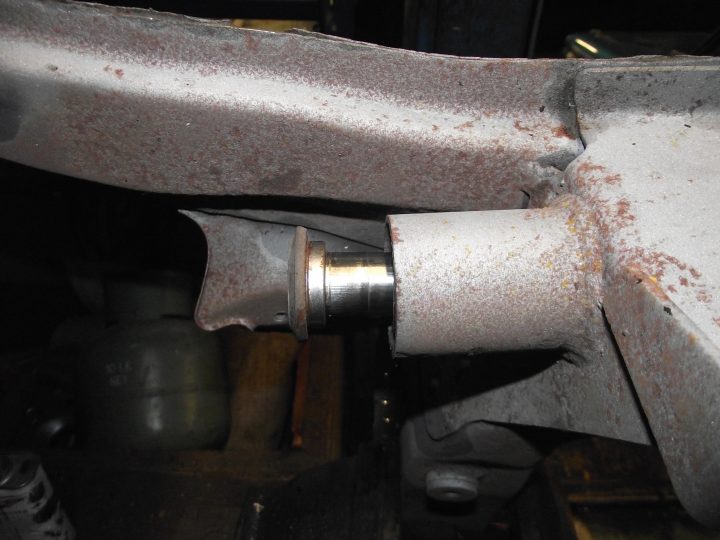 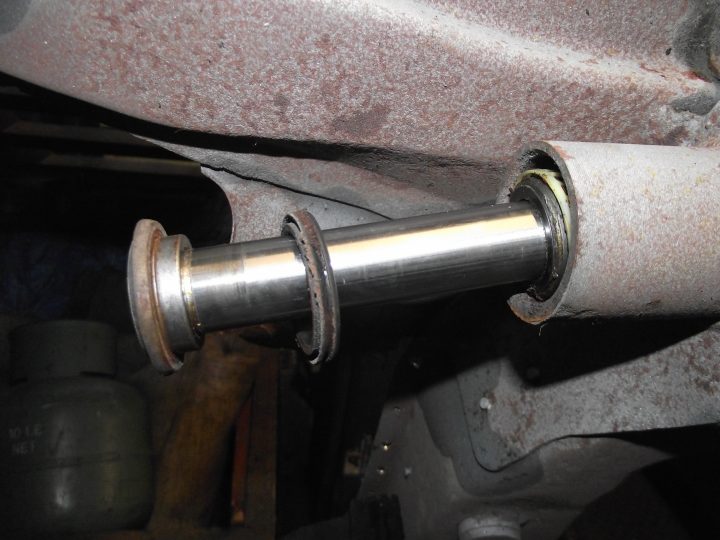 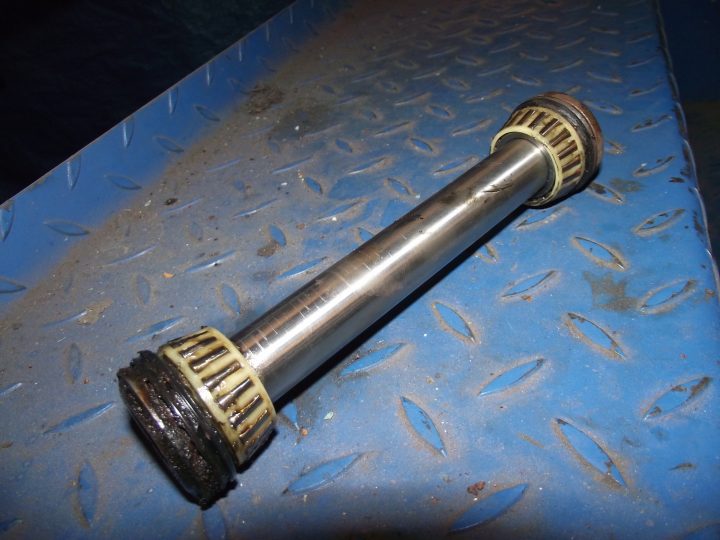 Not only did the tubes and bearings come out easily, they weren't even rusty! Everything looks in fine fettle. I mean, it can't be, as it felt rougher than the morning after a night out with Pete Doherty, but it all came apart willingly.
That was act one. Act two, was where the special tool came in: 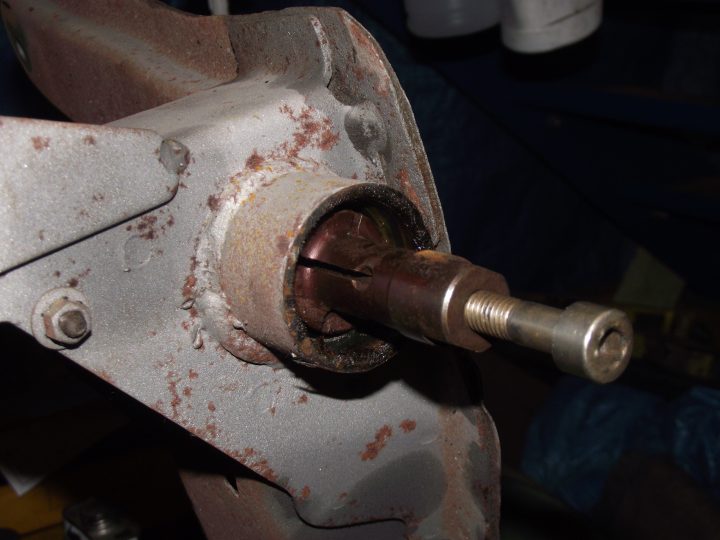 I needed to get the races out. This car was 33 years old a couple of weeks ago, and I know those bearings haven't been touched, because if they'd been touched, they wouldn't be there any more. So, the special tool went in, which passes through the outer bearing race. You then do up the bolt in the middle, the tool expands and grips the outer race. You then tap it out from behind.

Erm, very easily, as it turned out: 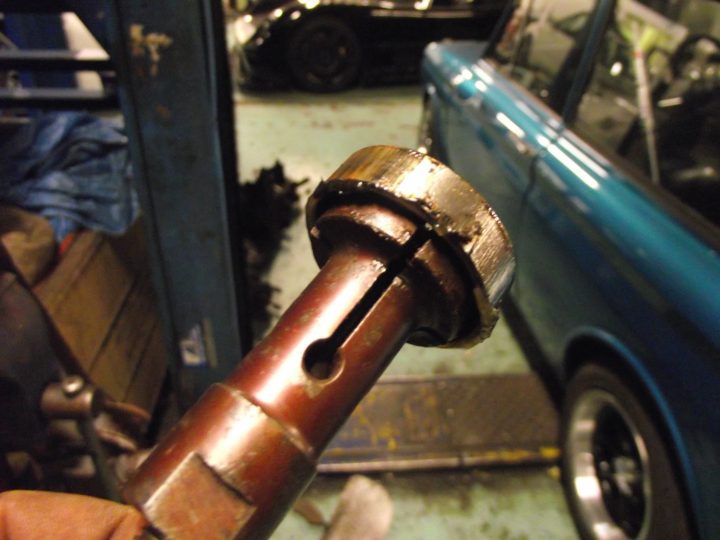 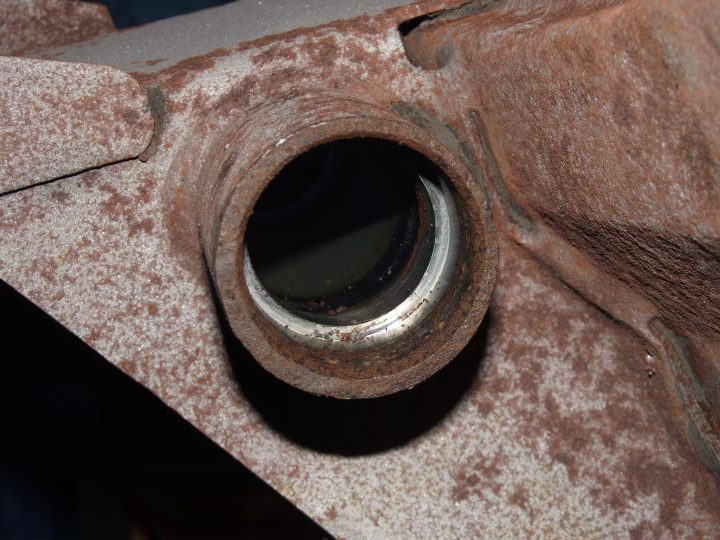 So, a job I'd been fretting about for a year or so was over and done with, very successfully, within 40mins. Fitting new bearings is a reversal of removal, and you don't need the special tool. It's like doing miniature Sierra wheel bearings, if I'm honest! Sorry, not Sierra....TVR.

My plan is to rebuild the subframe using grafts from this later subframe: 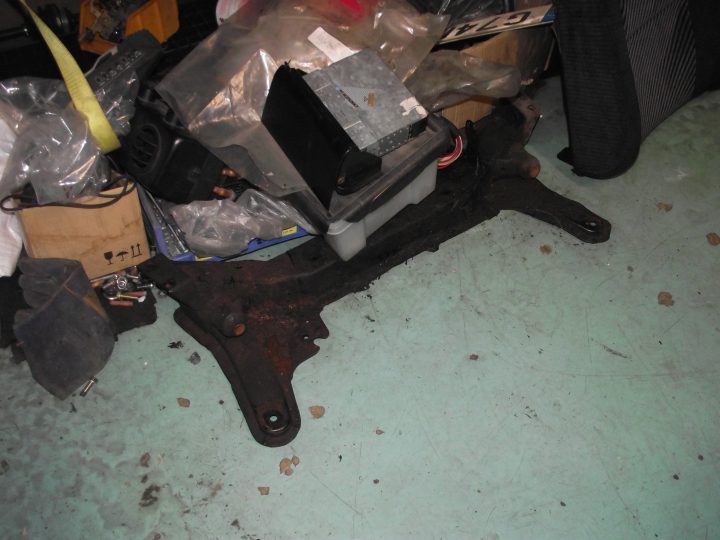 The subframe (also from Geoff) has done 300k miles, and seemingly decided it doesn't want to be a subframe anymore: 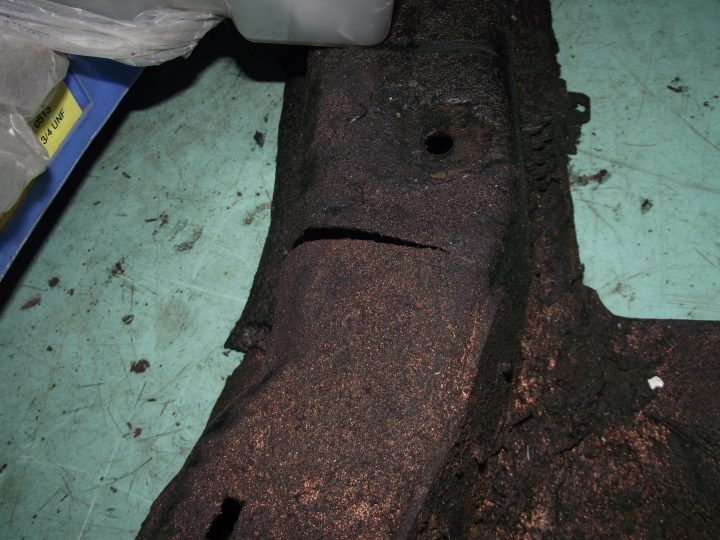