Tell us about life with your BX, or indeed life in general!
Messages: 147

Congratulations Dragon Man! You've certainly earnt it, with all the work that's ben put into that car. I must say i've enjoyed reading the blog. It'll be very interesting to find out how it compares with a standard turbo diesel BX, with the improved turbo etc.
I'm not a Saint, or a James, but a Tom Saint-James!

hey guys, well since the 2nd of the month i have had the car finally at home.

i have used it for a few jobs so far like collecting some new internal doors for the house and just transport. Very comfy car! the ride is like nothing i have felt. "very impressed" does not cut it!

so the jobs i have been doing on it mostly was getting the electric windows winding quick and a bonus unintentional fix, getting the central locking (on the key) working.

here are some pictures:

fixing the doors went a little something like this...

some one has been in the doors before me... 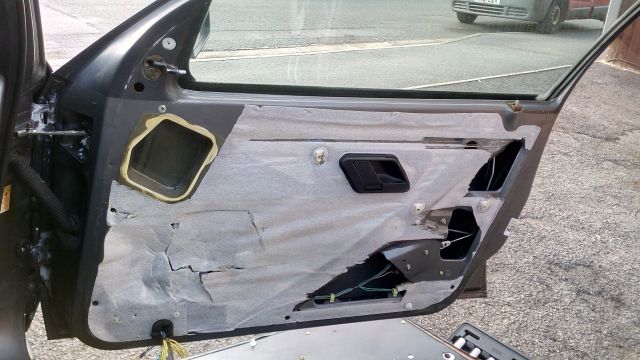 good guy speaker collecting screws that must have vibrated out over time: 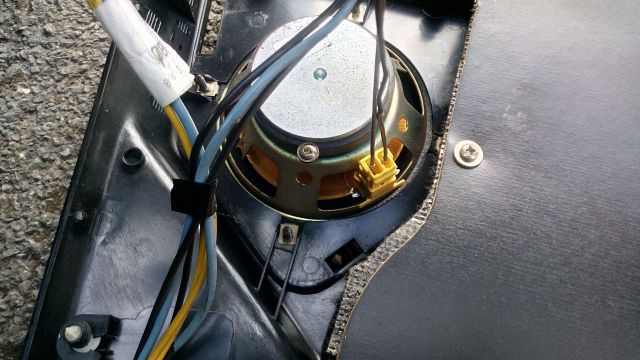 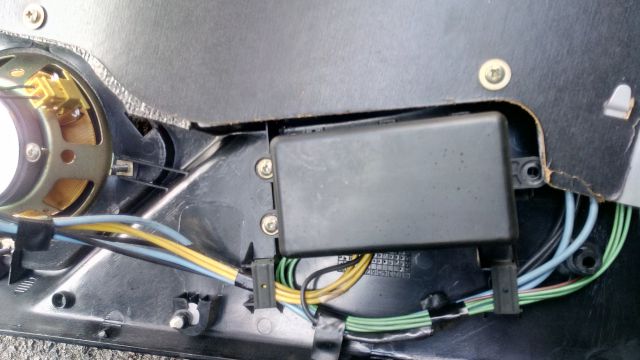 after greasing up all the window rollers, runners and gears.. then unintentionally fixing the central locking (which i didnt know would even work without the remote central locking fob receiver box thingy)
i stuck all of the membrane together using tape: 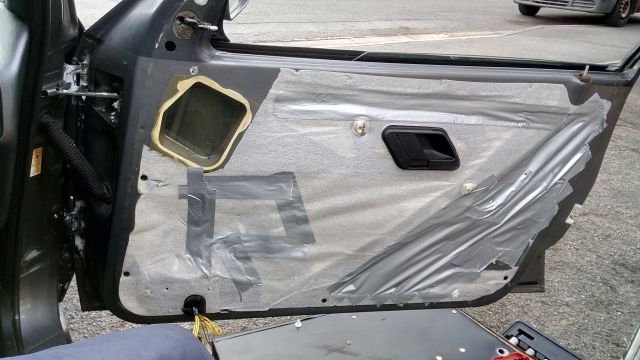 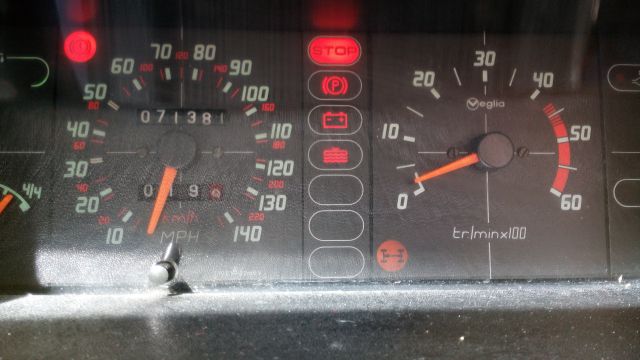 i also took out the center heater controls to replace the bulbs that had ALLLL blown. even the cigarette lighter socket now lights up!

cleaned up and attempted repair of the blower fan, but its not a fault of the PCB. 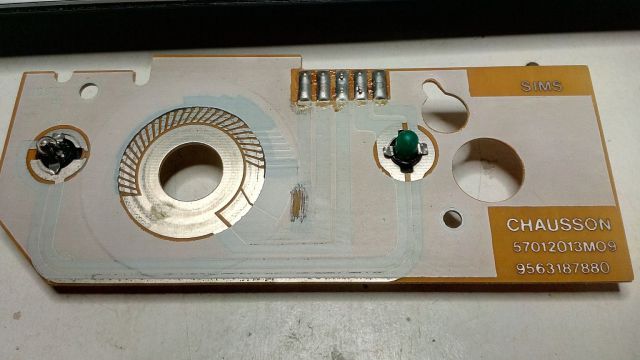 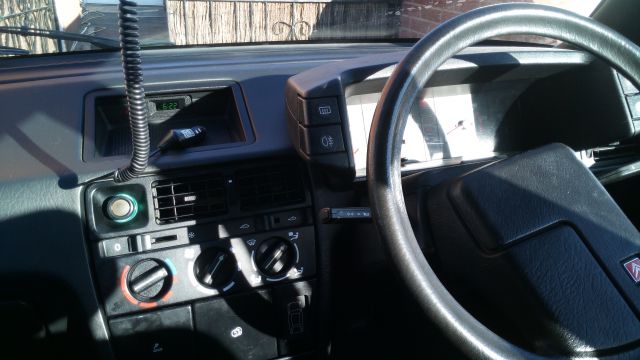 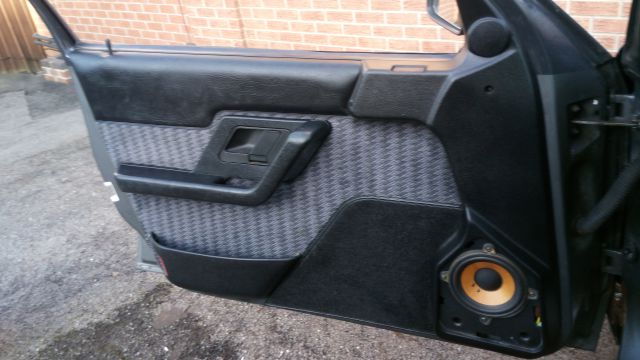 and finishing the post with a nice high ISO picture of my car in the lowest of the low position. 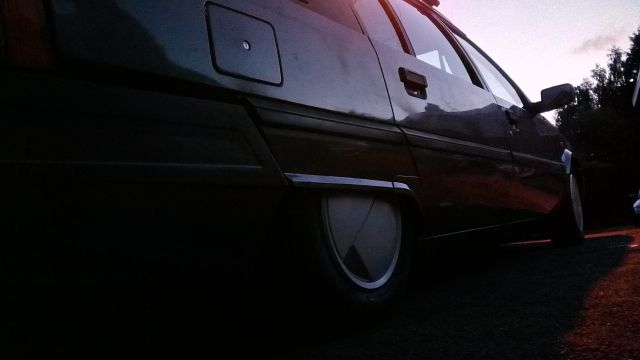 on and theres a video somewhere of it too!

here you go, a nice walkthrough of fixing the slow electric windows!

well its been a while, and faults have surfaced!

it eats belts! the belt that drives the LHM hydraulic pump. as i have been using the car i can only assume that muck in the system has found its way into the flow distribution valve. i think its making it so the pump cant pump quickly into the where ever it pumps into. thus causing it to bog down putting high stresses on the belt, making it slip no matter (then stretch) what tightness i set it to.

i have got in contact with an ebay seller who is breaking a citroen BX.. i hope that he has a replacement flow valve... i hope that if i swap it over it will work fine again.


anyway in between almost constantly tightening the belt up i managed to take the car out to get these nice pictures of it! 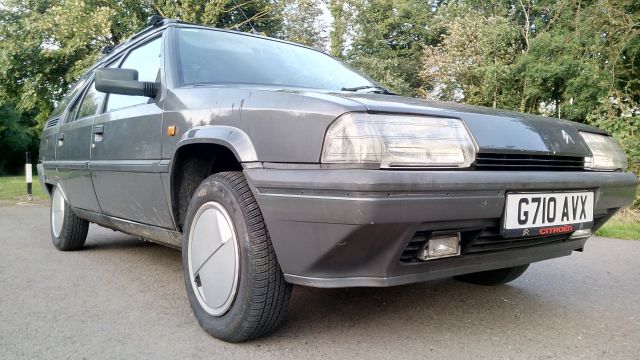 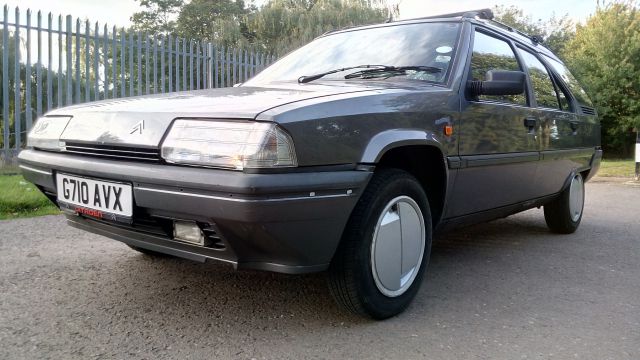 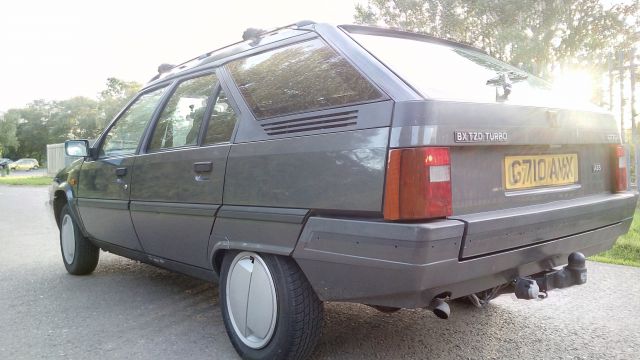 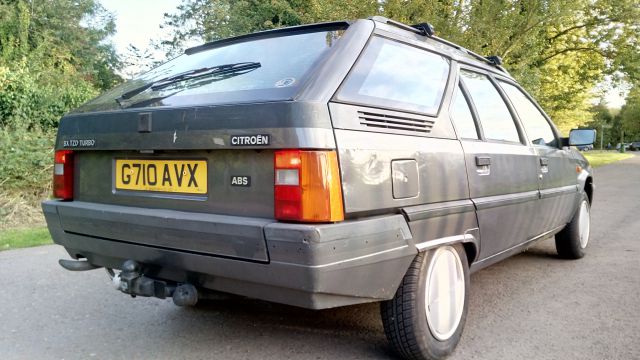 how low can you go? 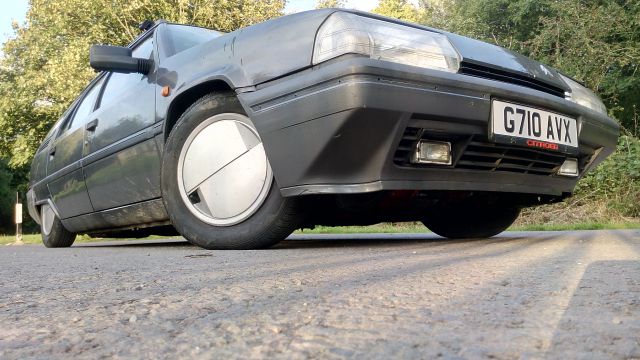 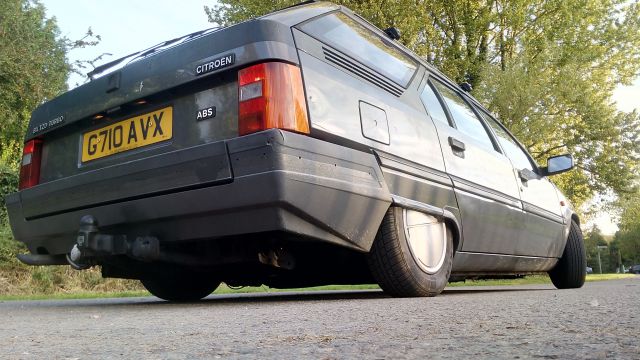 thats all for now!
- JohnDragonMan

Hi John, over on the XM Club someone had a similar problem with an XM eating hydraulic belt when the engine was changed. There are 164 pages to read through, but if you skip forward to when he gets the V6 engine running (first pots are just general musings about when it had a 2.0), you will be able to pick up what was discussed. Good luck and hope this gives some direction!

hmm i am running an AVX belt on it. one of these SPZ or higher belts may work.

you know its bad as when the pump kicks in it makes the car slow down!
- JohnDragonMan

The pump doesn't "kick in" it is continuous flow with the fluid being directed to the circuits or back to the tank via the FDV and the Pressure Regulator. Could you have a faulty PR that is severely restricting the flow?
Kevan
1997 Mercedes C230 W202
2003 Land Rover Discovery Series 2 Facelift TD5 - Daily driver / hobby days and camping.
1993 Land Rover Discovery 200tdi Series 1 3 door - in need of TLC
2020 Fiat Panda 4x4 Cross Twin Air.
Top

I'm not sure. When the sphere needs topping up that's when it slows the engine and causes the pump to stall. Turning the steering does not effect the pumps load it seems.

I have bought the complete lhm system that sits on the front of the engine. I will strip and clean it all then swap them over and that should fix it.
- JohnDragonMan

those of you following the posts of the facebook group know how much of a dumb brain dead moron i am with no mechanical knowledge.
to this sadly i am selling this car. if anyone wishes to buy it the price is a fixed £500. all things considering i think it is a damn good price.
the car has 11 months MOT left.

the down side is that it has a fault with the hydraulic system. replacing parts does not fix it, running new pipes does not fix it.
i have been told many times to take it to a specialist but in all fairness i do not want a car i am unable to fix myself.

the offer is on the table. if no one buys it, i will have get rid of the car some other way.
- JohnDragonMan

You probably have some pipes at wrong places, at the regulator, would be my guess. The pressure limiting is not working right. Do you have a connection diagram on the pipes?
BX 4x4 estate, several BX Van's and some more normal estates in Finland.
Top

Have you set the pressure regulator yourself? You could have got it wrong with the shims.

Maybe if you won't allow someone else to work on the car, you might find it more palatable to take it to Martin at Pleiades at Sawtry. You could go through it together, he's nice like that and will explain as he goes.

Also, he has a dead BX outside his garage (rusty). IF it is still there, it would be a quick robbery procedure for troubleshooting.

Kaapelimies wrote: ↑
Sun Oct 08, 2017 5:15 pm
You probably have some pipes at wrong places, at the regulator, would be my guess. The pressure limiting is not working right. Do you have a connection diagram on the pipes?

i am using screen shots from a program called citroen service box to get where the pipes go, also to rebuild the pressure regulator and FDV.

i have swapped the FDV and regulator around with 2 others, one set was from off a previously working car.

in all honestly, i am just not interested in this car now. i know its worth nothing with all the "modifications" i have done to it (the turbo is a big let down but the original one is included in the sale).

i just want trouble free motoring. i want the ability to just start the engine and be able to drive from one side of the UK to the other with no worries.

as a tie over i have been almost given a 306 estate with the 1.9 XUD. its in incredible condition for its price so it will become my main car while i save up for a modern car with outstanding fuel economy, which is all i am really after.

i am use to having my hopes and dreams crushed, thats why i am not too bothered about loosing out on this BX. its been a pain in the ass, but there was some fun in there throughout getting it on the road. heh, and nothing will ever beat that first time i took it on the road to the MOT place. i never felt anything like it in ride comfort. sadly the more i used it, the worse it got. so i am going to let someone who knows there stuff with it take it off my hands, if anyone will.
i am a little upset that i am however much out of pocket i am now.. i lost count theres been so many recent parts buying.. but thats how it goes with old cars i guess.

thanks for all the support guys, its been good.
- JohnDragonMan