Anything about BXs
Messages: 163

Thought I'd start a thread where I can dump some piccies of the rebuild of dad's TD auto after it's arson attack
by burburry clad scum bags (still awaiting capture and sentencing at my hands).

The first thing to do was get it the hell away from where it was
before the little b*$tards came back and finished it off, so with the aid of a couple of mates the car was delivered
to a building in Gloucestershire at 2 in the morning in the middle of the biggest thunder storm I've seen for years!

The same morning I returned at unspeakable O'clock to unload the car from the transporter
and give it a full assesment. 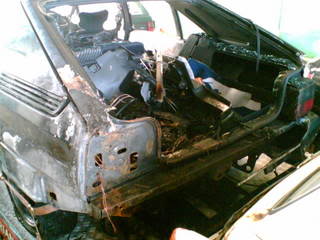 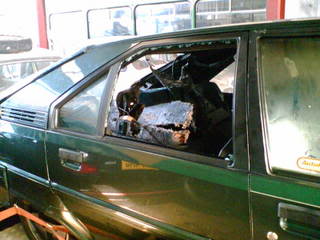 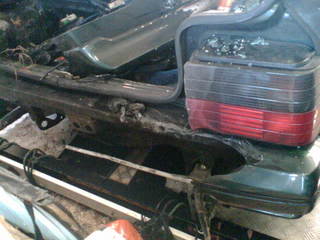 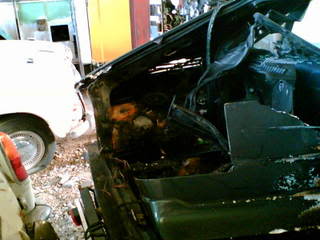 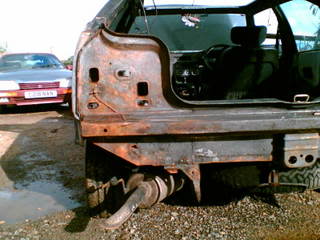 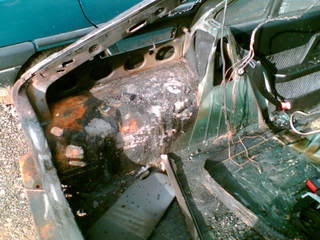 It actually looks much better in the piccies than it does in the metal!

Most of inside escaped fire damage but the smoke damage is extensive.
The roof lining copped it when the boys in blue put the O/S/R window through to stuff their
hose in (missus!) and the ensuing rush of oxygen caused a flash over and destroyed everything up
to the windscreen.

So out came the whole interior 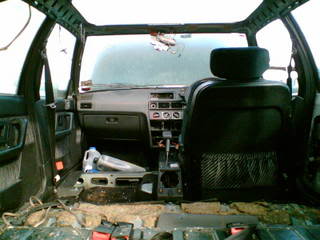 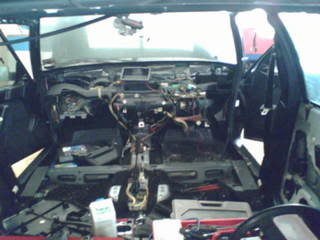 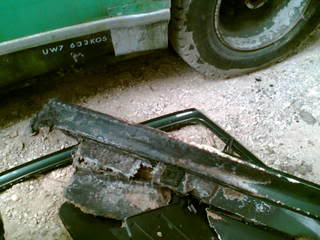 Handily, I still had the hatch that came off! 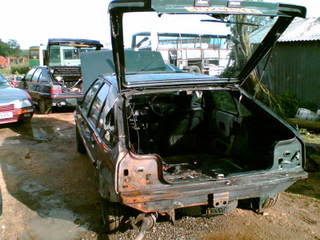 So it went back on!

Then the spares car arrived 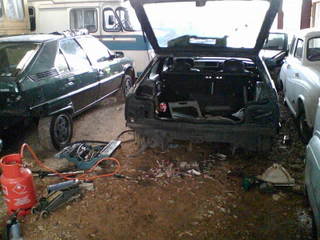 and I started amasing bits! 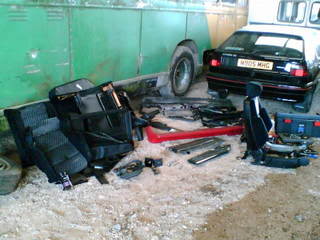 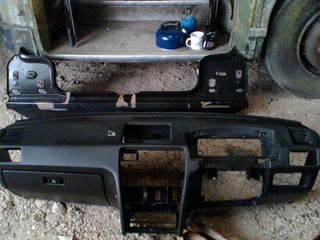 Peeps have told me that using a hair dryer or hot air gun is the
best way to remove plastic bits on BX's.... I used industrial hair dryers... FOR MEN! 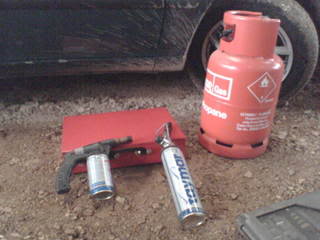 I've got brand new wings in stock so this weekend should see lots of welding taking place
while a load of panels go off to the bodyshop for spraying.

Seconded. Glad to see you have the technology to rebuild it and you sure haven`t messed about in getting started!
Vauxhall apologist.
Top

Keep going you are doing an excellent job, Most people would of thrown the towel in and taken the insurance payout.

Wow, impressive stuff. I think I would have had to give up if it were mine as my welding wouldnt be up to it (its not up to anything really, so I dont try), which would have really annoyed me as I hate to see these morons be successful in destroying something. Once its fixed, id park it exactly where it was, with a remote camera installed so you can see exactly who did it and get to them before they have a chance again!!
Top

I think what you are doing is great - in a marvellously defiant way!


I MAY NOT BE ALWAYS RIGHT BUT I AM
NEVER WRONG.
Top

Now you could have welded an estate rear onto it just for the style!
Top

Thanks fella's. I had no intention of giving up, for the reasons above and others.

No worries dad, a new cable will infact be hoofed in, along with heater matrix, wiring, carpets etc, infact it'd be easier to say whats remaining!!!!

But if I put an estate back end on her then where am I gona stick the whale tail so kindly provided by the infamous vanny??????!!!!!!!

Christ they did make a mess, did you find out who did it?
Top

tim leech wrote:Christ they did make a mess, did you find out who did it?

If you do know, need any help?

Alas, thus far I don't know anything for sure but I know several extremley unpleasant peeps who are on the look out, I have good descriptions and a vague idea but wont do anything till I'm absolutley certain I've got the right scumbags, if I'm gona time for murder I'll make damn sure I murdered the right ones!
Thanks for offers but the pleasure will be all mine!!

Once I've finished the car obviousley!!

Good point - if you put the whaletail on the roof you'd be mistaken for a caravanner with a wind deflector!
Top

Good work that man, nice to see such rapid progress, if you need it I have a brand new matrix which is now surplus to requirements, i can lend a hand administering justice to the burberry clad imbeciles if needed too