Those of you going Saturday take a umbrella as they have given light showers, but nice and sunny on Sunday 8)
Top

Tis only water Tim!
Although I may have to check the tent for leaks!!!
Failing that the cars dry!
Smokes lots, because enough's enough already!

Packing the car tonight, Sunday forecast now worse, its gonna be fun camping, though I am still up for it

pack some waterproofs and lets get together

dad will be there this weekend (you met at vinnies pub the wild boar near macclesfield) look out for him he will be in a j reg triton green valver. Sadly im not going this year. cheers rob
The citroen bx loves garages hates driving

Well, to all those going have a great time. I want to see lots of pictures and I don't expect to hear those that stopped over remained sober. I know Dean, Doc and Vanny (if he makes it) won't let me down.
Enjoy yourselves peeps, I'll, erm, hold the fort here with probably just some spammers for company

Hi all ......we is aiming to drive down there saturday morning [down the A1] ......keep a lookout for a ratty grey "K" reg TZD & blue & white trailer tent.
I've just had a phone call from a 2CVGB buddy who's down there now,he sez its dry and they're sat outside the caravan geting pissed,he's camped at the top end,near the bogs,so hopefully we'll be able to get near to him.
Look me up if your arriving sunday morning,there's a free cup o' coffee [for anyone driving a BX or 2CV/Dyane/Ami etc] if yer catch us whilst we're having breakfast

Tel.
Dont let the 2CV fool you,I'm not a hippy,I like violence
Top

Who do you think you're kidding?
Mr Hitler?
Tel

Dont let the 2CV fool you,I'm not a hippy,I like violence
Top

i figure in a Fiat i should be piss easy to spot (its also orange) PS im bringing a canopy for us to cower under so bring a chair! Oh and plenty of bottles!

If its p*ssing it down with rain I might be rather hard to spot .........I'll be a couple of miles down the road in a Motel.
Dont let the 2CV fool you,I'm not a hippy,I like violence
Top

Thrown a bucket of water of the 16TXS in readyness for tomorrow ...

see you all there
Doz

Even managed to get some wax on Monica too!
All I need now is for the bloody neighbours kids to leave well alone until 6am tomorrow!

See y'all down there!!

Initial photos below (sorry if the quality is crappy but I'm connecting over a very low bandwidth gprs connection from a Travel Inn (I don't do camping...). 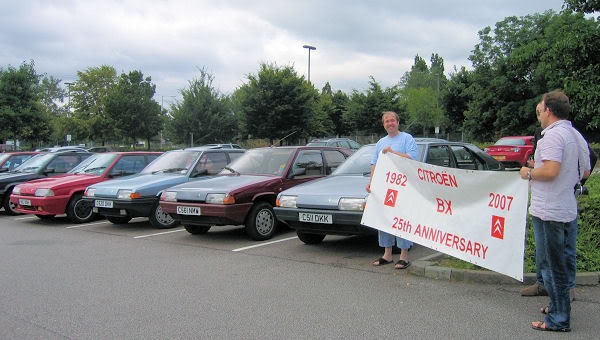 Line up at South Mimms services on the M25

... attracted the attention of a French family who had 3 BXs. 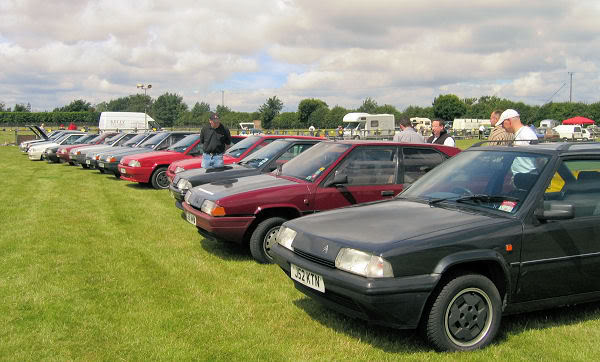 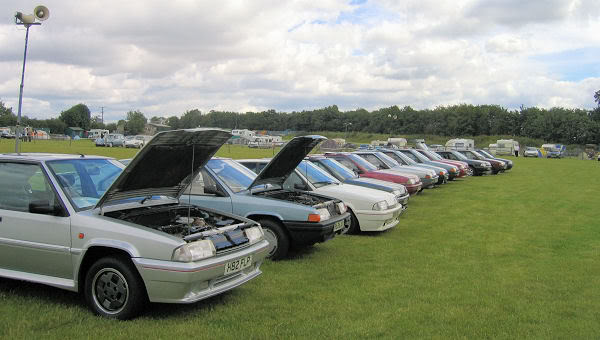 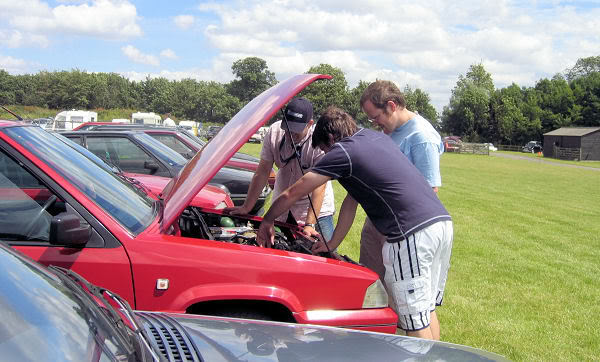