A place for us to show off our cars in all their glory. Please keep picture sizes to about 800x600 pixels.
Messages: 68

List of jobs completed is sounding good, I notice the essential mechanic's tool by your right foot!

I got the steering rack out today to replace the tie-rod assemblies. The rubber flexible steering joint had split too so replaced that with a good used one.

Then, while I had some space I tackled the lower speedo cable which broke a while ago. That rubber 'thing' that locks it into the drive has to be one of Citroen's strangest ideas, especially after 25 years. I had to take the whole drive out and bash the rubber thing out. Cable replaced with one that I found hanging off a 16v gearbox - rubber thing on that came out easily as intended by the tea-boy that dreamed it up. Looking forward to seeing the yellow drum revolving again!

Edit : just looking on Service Citroen I see that 'the rubber thing' is still available : 265007 'stop pin' ( just in case anyone's interested!). They refer to the speedo cable as a 'counter hose!'
Todd

Today I got it running for the first time since November then I bled the front brakes.. no problem.
Moved onto the rear brakes and the doseur. I was at the rear tightening up the bleeds on the calipers when I saw LHM spraying out at the front. The bleed on the doseur was pissing it out at a great rate, I think by the time I de-pressurised and switched off it must have pumped out 2 litres of new LHM and the bleed valve was closed!

I was cursing the day that I ever started fiddling with hydraulic Citroens and was wondering what mistake I could have made with the doseur re-build while considering a greened engine bay and huge puddle beneath.

It is a new bleed valve that I bought from Citroen so I took it out to inspect. Looked fine but then I decided to see if I could find the old one..

Emptied the bin on the floor which was completely full of months' of car repair crap and unbelievably there in the bottom in a black sludge was the rusty old valve, with a pointed end on it, whereas the new - generic - bollox from Citroen was flat. Could this be it?

I wire brushed it clean then put it in and pressurised.. not a drop. The pointed end was crucial for the seal. I was cursing those morons who sold me that valve specifically for a 2-slide doseur. Thankfully I found the old one otherwise I would have scratched my head off trying to work that out!
Must check in future that new parts are identical.

There were four others today.. how about I fitted two seals to each of the front spheres sometime in sub-zero January for some odd reason so they had a nice squirt too. I'm going to get a 500 litre drum of LHM.
Todd

Or a caravan park. I was looking to see if there was a band called 'Green Fountain'.

It's now got two years' TÜV (MOT) - hooray! I'm just having a small beer to celebrate but here's a couple of pics of the ole girl back on the highway..
( more pics/details to follow) 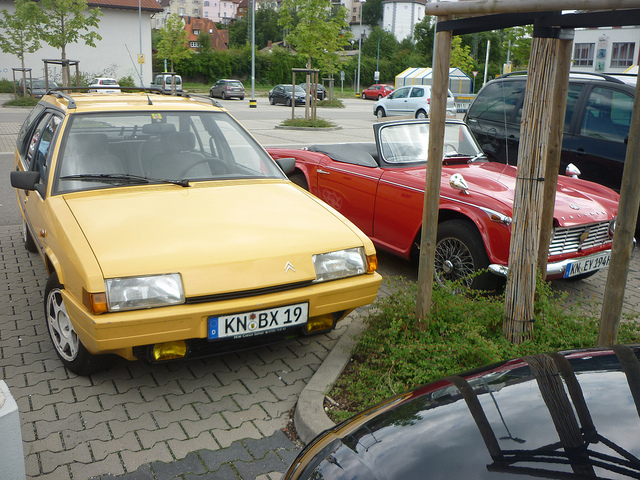 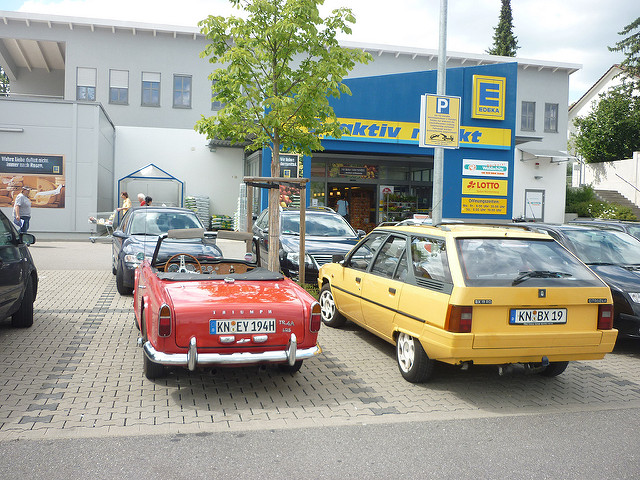 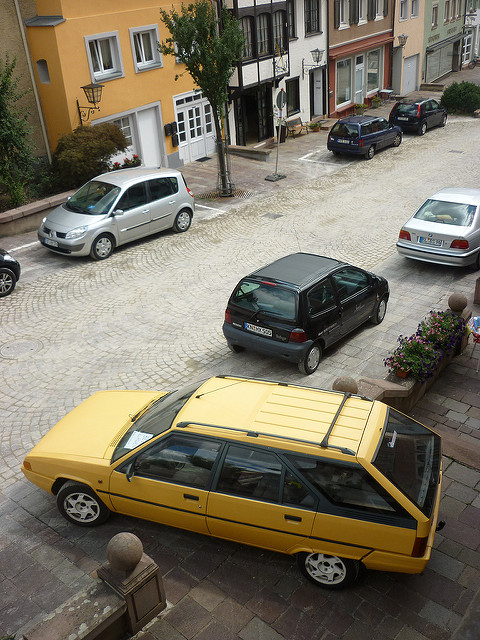 Nice one! Have an extra beer for me...