Just to say that I enjoyed July 15th's meet in Cambs very much.

My favourite cars included the Traction Avant, and the K reg AX bought on ebay.

It was good to meet up with fellow BXers/Citroen enthusiasts, and have been further inspired on my BX projects.

So where were you John??
Did we meet??????
Smokes lots, because enough's enough already!

I came with a grey BX Meteor reg J544 VHJ. It currently has a red tailgate and a few dents in the o/s doors.

I'm a fairly average loking fellow. I started off in a multicouloured shirt, and then donned a BX t shirt.

I haven't a real clue who's who at BXclub.co.uk so far, apart from Phil Chidlow.

I note with interest your Bristol RELH coach. I 'm a bus/coach enthusiast as well (in fact I was into commecials for some time prior to cars).
I think the RELH is a fine machine, I presume yours has an ECW body; who was it new to ?

I know 3 other RE owners/enthusiasts. There's a chap called Mark Stokes at Harwich, who's involved with a former Royal Blue RELH; then there's Colne Estuary Preserved Buses at Colchester, who have former Eastern National RELL6G/ECW bus FWC 439H. There's also a Paul Ashman, who lives in Essex and has a former Crosville RELL/ECW, UFM 54G I believe.

Small world, but then I know several transport enthusiasts with diverse interests within their field !

Ah, I probably came across your path at some point then!
I was wearing a yellow vest most of the weekend, smoking alot, usually with beer in hand and an increasing amount of baldness...

Small world indeed!
My RELH was new to Royal Blue in January 1970, served at St. Austell depot for some time on the London / Plymouth corridor then was converted to DP spec for local work and summer duplicates.
It had a varied career after leaving Southern national, I bought it about 8 years ago from prolific bus collector Will Staniforth for an outragious amount of money. I've used it a bit inbetween doing bits of work, but then I got ill and she sat in a field for two years, so now I'm going right through it (again....)
The body is ECW series 1 coach, the best looking body ECW produced IMHO.
If you're going to Stratford NEXT year, you'll see it there! Looking rather better than it does at the moment hopefully.... 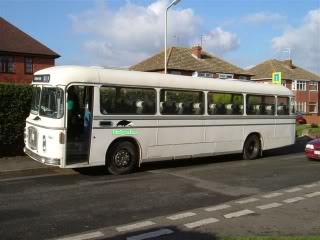 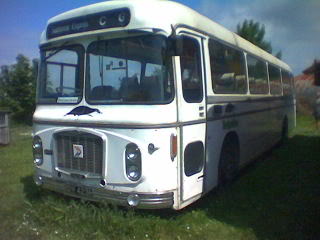 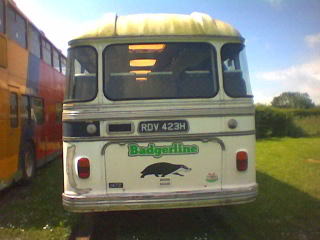 docchevron1472 wrote:The body is ECW series 1 coach, the best looking body ECW produced IMHO.
If you're going to Stratford NEXT year, you'll see it there! Looking rather better than it does at the moment hopefully....

Definitely! Looking forward to seeing it.

At least it'll be easy to find!