Interesting project, apart from lightening the load and a performance air filter, are you planning any other tuning mods?
Top

No point in doing loads of engine work, it doesn't gain much! I want to get it back to original power, and concentrate on making it handle.
Good heavens! My signature's been moderated...
Top

Oh dear, it's been ages and I've done nothing...

I removed quite a bit of stuff the other day. Next thing to do: repaint 15" wheels, buy tyres, sell Phase 1 alloys.

I must admit though, despite the lack of progress, I'm feeling quite motivated. Since my last post I've had a go in a friend's track-prepped 106 which really gave me food for thought. It's an XSi with a 16v engine in, lightened all round but not too silly. He still uses it as a daily driver and it runs happily. It's had the perspex treatment, runs on C5 steels with Falken tyres and still managed to catch and pass several M5s and 968 Clubsports at a recent HPC track day. It's a lot like I'd like this BX to be when done - sensible mods and a good all-rounder.

As mentioned, the next thing to do is sort the wheels. I've got a set of 205 1.9GTi wheels that need to be refurbed in white. They can then get tyres, and I can sell the original P1 alloys, hopefully raising some cash for the new rad. Hopefully in the next couple of weeks I'll be starting the car up again and praying that the hydraulic pipes haven't rusted through over the winter - sometime soon it needs to have all the front-rear pipes replaced, a job which I'm not looking forward to at all.

Woo!!!! Got some very exciting post this morning - will post pictures when I get home from work. To all that have bought bits in the for sale thread, I'll be back down with the car on the weekend of the 19th April and will sort everything out then

Theres enough cable to stick it in the front of the passenger foot well (higher the better), but if you go fitting a decent bucket seat you'll be right royally upset when you have to remove the whole thing to fit a new ECU map!

Assuming your not having aircon, its also very simple to move the pressure regulator, FDV and assumulator sphere to the scuttle (either side) and if you speak to a hydraulics manufacturer you'll be able to get a push fit connection to the HP and probably to the PAS and safety valve, this makes liek sooooo much easier when it breaks, and it probably will!

Interesting stuff on the PAS Vanny. I assume you do mean "when the PAS breaks" rather than just when the car breaks?

I like the original seats so much I decided to go for them rather than buckets. This way they stay adjustable/comfy and of course should still afford ECU access. However, if there's loads of cable spare I might put it in the passenger footwell anyway, behind the foot rest.

I'm finding it hard to work on the BX because my (supposedly) low-maintenance runabout keeps demanding my attention!

Chuffing 106s. Yesterday I fitted a new CD head unit, mended the hazard flashers and re-attached the dash. The hazards haven't worked since I've got it and I've been putting off fixing it, as I thought I'd have to take the facia off. The facia was loose anyway and looked like it had been bodged back in after some sort of jiggery pokery. Anyway, I finally got round to it and whilst trying to trace the hazard switch wiring, managed to pop the facia back in properly - result! I put a new bulb in the heater control unit too. After all that I thought I'd take a peek in the fusebox, just in case... lo and behold, a missing fuse. Replaced it; working hazards!

Now the only question is, what kind of idiot was the previous owner to remove the hazard fuse in the first place? I'm guessing he probably decided to use it in his rusty Rallye's massive ICE install.

fuse removed for the hazards, i suggest you go out, turn your side lights on, indicate to on side then put your foot on the brake. Rather good chance the whole lot will flash like a chritmas tree! Probably a duffrelay though.


On the ECU front, its not masses, effectively 1 m from the accelerator pedal is the range. But enough to get it to the passenger foot well!


The original seats are good, and in leather is suspect excellent, but i'm not convinced about that white piping! Perhaps in a white car?

You'll have to reserve judgement until it's finished

They're not piped on every seam, just the two vertical ones running the length of the seats. I think they look the balls

Anyhoo, today's update: A few days ago I got these...

Sabelt 3 point harnesses. I would have liked 4 really, but these were cheap. Plus in a mate's XSi the 4-point ones fell off your shoulders all the time, so maybe 3s will actually be a bit more hassle-free. Does anybody know... if I replace the standard belts with these, will it still pass MOT?

Also from the same person (via the AXOC forum) came this:

For pimp passenger footwell style. However, neither of the above compared to the excitement I felt when this came through the letterbox (well, it didn't quite fit actually) this morning...

Which contained 4 of these beauties:

Now that might look like a bog standard steel, but it's actually a special OEM alloy made for the Citroen C5. They are a steel pattern but in aluminium alloy, about 8mm thick rather than the standard steelie 3mm or so. The best part? They only weigh 4.3kg each

which, over four corners, should result in a large weight reduction. Plus they look stealthy!

I've been after these for ages and finally turned up this set via German Ebay. The only downer is that these are from the first batch Citroen made, with flat faced bolt seats. Some of these were recalled due to cracking... but I figure since these are going to be my dry/track wheels, they shouldn't get much use. Plus my BX should weigh a lot less than a C5. Plus on a C5 they would have been hidden by trims, so I'll be able to spot cracks should they start to develop.

I'm well chuffed at having found a set of these. I think, though, it's time to stop buying spanky bits and start sorting out the running gear properly. Next to do: fire her up after a long winter, and look at doing those front-rear pipes.
Good heavens! My signature's been moderated...
Top

now thats a very very useful bit of info to know! I already compete occasionally in the valver and spend a lot of weekends on track and on special stages where i can (marshalling, and i always volunteer to drive tot eh furthest post on the course

) but its not good on the tyres.

I was considering Xantia rims (195 steels) with some sort of cross tyre for the nasty gravelly stages, and anything i can get for track/autosolos (i've seen the result of kerb to wheel impact on an alloy, its not good!). But these C5 rims of which you speak sound good! Time to carry a magnet in the tool box for scrap yard runs

indeed! Though I got these via German Ebay - try a search for "Citroen alu felgen". You can tell them by sight though, as they're significantly thicker than a real steelie, and of course the scratches won't be rusty.
Good heavens! My signature's been moderated...
Top

I love getting covered in brake dust, so today I decided to clean the new wheels up a bit.

Someone on the Rallye forum has used these on a Saxo and painted them white, but I think they'll look "teh sex" in plain black.

FYI Vanny, the part number is 5401.H6, though as I say this batch were recalled so the newer ones with the tapered bolt seats are probably different. 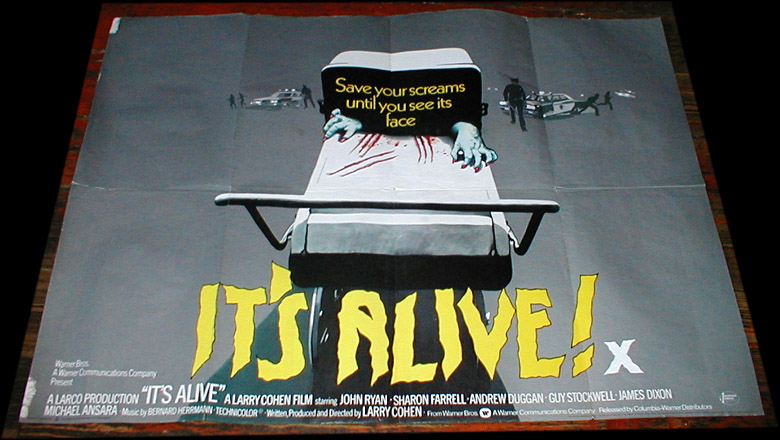 The 16v started today, first turn of the key, having been laid up for almost a year. Well done BX

It has gone a bit quiet, until this weekend! Since I am still skint, I decided to sort the interior, since I could do that without spending money. Since the last update the seats and parcel shelf had gone to a new home with Mr Starmore.

First thing was to get a battery in the car and fire it up. All the coolant had run out (rad is shot), so I refilled it. With the addition of a battery it started after a couple of turns of the key, and sounds fine apart from a clicking which might be a tappet - more on this later. Here it is; sitting a bit high at the back, the height corrector obviously needs adjusting.

As you can see in this pic, the offside rear wheel is suffering serious negative camber, so sorting out the rear arm bearings is now a matter of urgency. Dropping the rear subframe off and sorting this (plus renewing the front-rear pipes) is the next thing on my list.

So, to cut a long story short, I did the following;

All that left me with the following:

I've kept the standard belts so I can put them on over the harnesses for extra safety and to keep the MOT man happy.

I fitted the rear door handles in the front, as they have ashtrays and I've removed the bin in the centre console:

This is the most significant rust on the car - probably has another year in it though.