Your the sticker man, just let me know what I owe you and where to stick'um!

"I say ding dong.co.uk" have a good selection pf period stickers quite reasonable prices as well.

Roverman wrote:you would be a fool to part with it

The estate's gone to its new home, and I guess I am a fool. But more a fool expecting clients to pay well, on time and for projects not to be put back 6 months at the eleventh hour.

guys ,don't know if I have mentioned him before but it might be worth checking out isle of wight graphics for stickers , he's good and pretty damn cheap as well, tell him Mickey taker from retro rides sent you and he may be veen cheaper lol 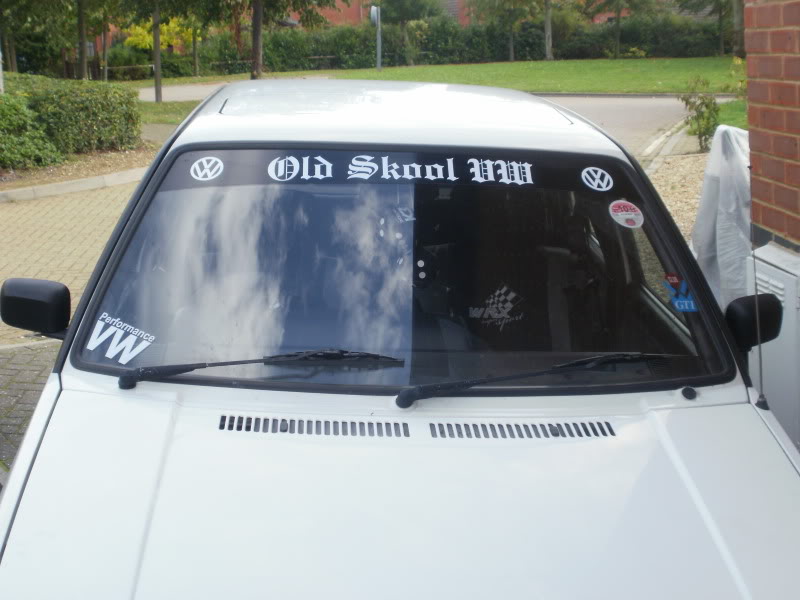 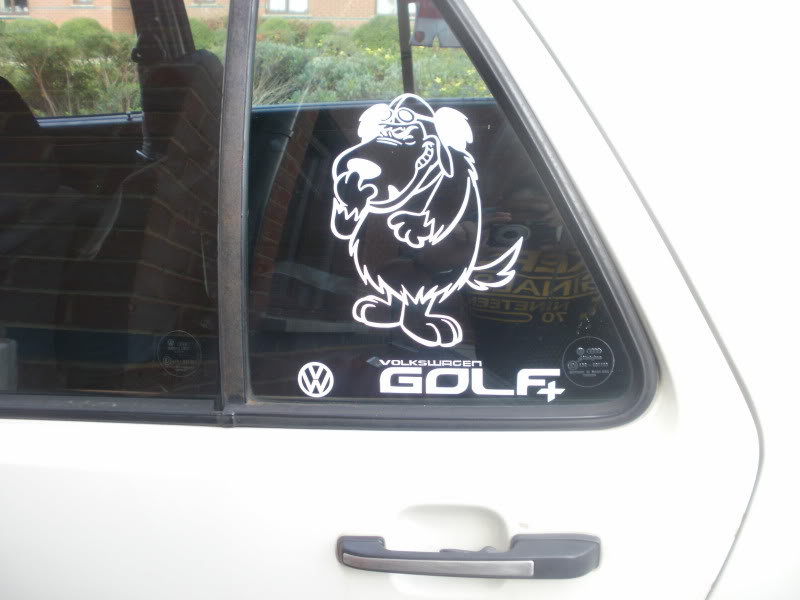 IoW graphics did the stickers on the Green Tiger. He has previous! Not phased by someone wanting some green tiger stripes.
www.classichub.wordpress.com
Top

In talking with Kermit one thing we have to do is optimise for the Challenge is the (Red Baron's) 19n/a output as well as reduce weight where practical. Clearly with two of us in the front seats (there is some weight-saving to be done there!

) we won't need the rear seats/bolsters (although just in case we need to sleep in the back the rear seat backs will probably be retained - folded down), we'll lose the parcel shelf too (which is surprisingly heavy). And our luggage load will be as low as practical too, but we need to consider more.

So out goes the centre box, and air filter box assembly (again surprisingly weighty) and replace with an after market jobby - but this will all be offset by the addition of twin fans. I went to an auto jumble today and picked up this for a tenner. Might be worth fitting 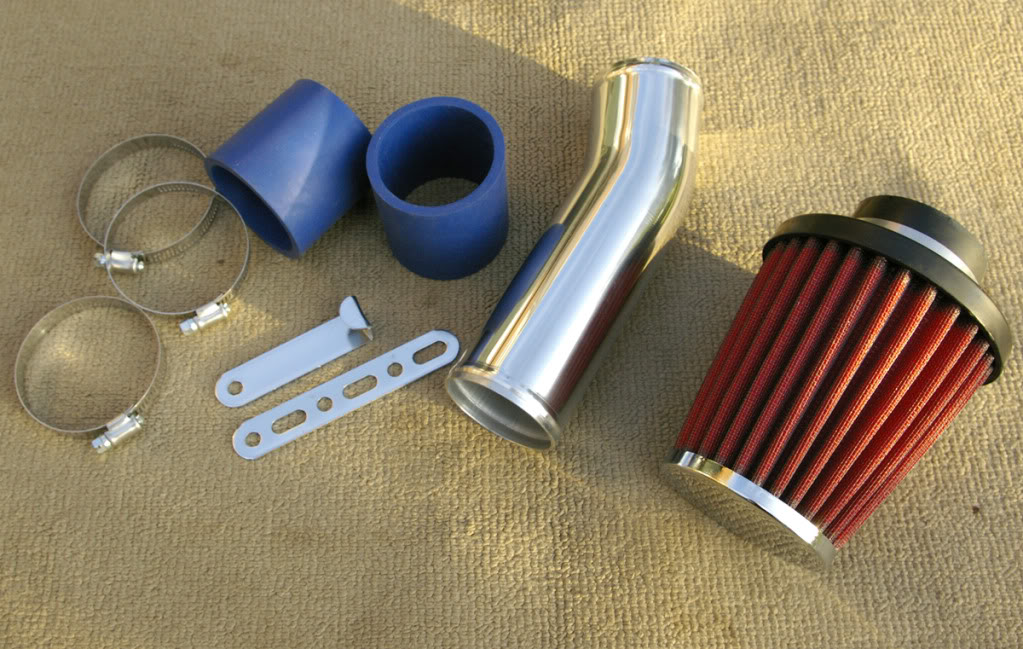 Would I buy another Xantia? Most probably not.

Not bad, but I honestly believe there are better cars (XM springs to mind, not to mention BX) to chose from. It's not bad - a pretty good cruiser - and I'm sure once the rear suspension is sorted (work in progress!) it'll be grand, (and I'll be able to drive it like I want to drive)... but... close, but no cigar.

Ah well, stuck with it now for the foreseeable as it owes us a fair amount. Thank God I'm picking up the Red Baron on Monday.

* I DO like the passive rear wheel steer though... (at least that's what I think makes tight turn-ins less understeery than some)... if only the steering had more feel.
• 1992 Citroen BX TZD Turbo Hurricane
• 2006 Xsara Picasso 1.6 16v
Top

Philip Chidlow wrote:Would I buy another Xantia? Most probably not.

Philip Chidlow wrote:Would I buy another Xantia? Most probably not.

where does this activa reside?
Top

It's on Anglesey, so at least the right side of this country. Hasn't been on the road for at least a year although tyres were new at that point, as were rear spheres apparently. Needs at least a cat for the MOT.

If you're seriously interested I can PM you the guy's number.

Sounds close enough to tow onto the ferry.

Update on that free 19TGD, the 'Red Baron' as it has become known.

Went down to Kermit's place where we did a brief appraisal of what's good and what wasn't so good. The car is surprisingly solid and has certainly had money spent on it fairly recently with new (CX) front and accumulator spheres, some hose renewal, a new alternator and some other bits and bobs. The oil's pretty clean too. Within three hours the car sported a brand new cam belt. The old air cleaner apparatus has been discarded in favour of a Jetex cone filter and after some blatting around (after adding a few gallons of good quality diesel and a shot of Redex) this has revealed itself to be a bit of a rocket (in 19n/a terms!).

It's quick off the mark and responsive - makes a bit of an induction din, but hey. I managed an average of 61 mph the 98 miles back from Worthing to Chelmsford at what I guess might be around 45 mpg. On the exit from the M25 and onto the A12 it handled the 'do-or-die' lane dog-fighting with aplomb and I'm sure as I joined the A12 on a fast negative camber left-hander no diesel BX I've ever been in would've done it quicker and stayed on the road

A carefully applied load of Gun Gum means the downpipe will last a bit longer before needing replacing, and the rest of the exhaust is relatively new. Some repairs are needed to the n/s arch (much like Paul's Hurricane) but the rest seems all solid. The corroded fuel pipes will be protected with Waxoyl, but will need changing pre-Challenge.

Front discs and pads will also be changed before we take it to France. Rear arm bearings are fine and the ride is every bit as good as any other (Mk2) BX I've driven.

Cosmetically the car will be getting a new front bumper: the rear will come up OK. The paint is a bit patchy, but nothing a bit of appropriate cutting, polishing and waxing won't cure. The deepest scratch has now been touched in (EJX code red was mixed at Halfords - excellent job). The interior's dirty but OK, and the new driver's seat cushion (thanks Anne-Marie!) means the old worn one can donate its fabric to repairing the driver's seat side bolster. The original Blaupunkt Boston Radio/Cassette works as it should.

We managed to coax the sunroof open and now it works as it should, but cleaning the drain tubes proved inconclusive so we'll have to watch out when it rains. There's a nice new deflector fitted now.

The heater knob is stuck but the fan and ventilation dials work OK.

It needed new wiper blades but both the front and the rear wash/wipe functions work. The front wiper will get a refurbished motor as the spindle's very loose.

The front tyres are decent Goodyears but the rears are a mix: Firestone and something unheard of, so decent part worn Michies for the rear then.

I wasn't at all impressed with Hellfrauds paint match when I had some EJX mixed.. It was RED! And my car is clearly pink!
Smokes lots, because enough's enough already!

Far too many BX's, a bus, an ambulance a few trucks, not enough time and never enough cash...
Top
Messages: 1551