Have a great holiday Phil, and I hope the weather is better over there!

Is Stratford on your agenda, or does it clash with Belgium? Would be good to see you back in a BX again there!!

Got here via the Eurotunnel: First time I ever did it, excellent: No more ferries (especially as this crossing was paid for by Tesco vouchers!).

Fiat Uselessly worked fine except for the fact that the pesky oil leak from the rocker cover gasket (dripping ever-so-slowly onto the exhaust manifold/downpipe) meant the back of the bus was greasy as **** after the trip. What was worse was that, thinking it was an oil leak of worrying proportions, I stopped, checked the oil (new and clear) and not reading the dipstick correctly overfilled by about half a litre. Do'oh. No damage done though - managed to drain off excess when we got here.

But more importantly, we did not spot a single BX in the 460 miles of travelling. Rather perversily, popped down the road and spotted 3 within about 5 minutes, including the Bx that must have the longest badge of all (correct me if i am wrong) BX TXD TURBO EVASION.

Already looking forward to picking up BX from Kent when i get back.

Will take some pics of any unusual finds while i'm here.

Can you whip that badge for me Phil? Just the thing to replace the knackered one on Monica's right ass-cheek!

Well, there's not an awful lot to report car-wise, as have spent most of the time either BBQ-ing, snoozing under a canopy poolside, swimming in said pool, drinking copious amounts of delicious wine, chasing 4-year old around, befriending local cat and watching DVDs (including the excellent The Kingdom and the -kin' wierd Pan's Labyrynth)... mind you that's a holiday I guess!!!

Just had some local faux fillet from local Charolais cattle. Abso-****inglutely delishhh. Off to see the Tour de France tomorrow as it passes fairly close. Then off to Vichy (maybe) on Saturday...

And apparently for the next few days too...

Well, today proved interesting! There was a gathering of Citroens and Panhards at the local marché couvert. I am staying on the outskirts of a village called Lurcy-Levis where there's an airfield/track. Tomorrow (Monday) many of these cars will be doing a track day...

So, naturally I went along to see the exposition... and was very happy to discover a couple of BXs amongst some other lovelies... I took a few pictures.

I got to sit in a BX4TC, snoop around a Sport and drive in a C4 WRC simulator (wow!!!). There were some Visas - including a brilliant 1000 Pistes and a neat little Chronos. There was a DS 'Proto' racing saloon and another, beautiful racing DS. Also of note, a somewhat tatty GS with (unless I am mistaken) a bunch of carbs that were't standard lol!

All in all a great bonus to the holiday.

Tomorrow - it's track day. I did ask the owner of the BX4TC... and yes, it is going out on the track. 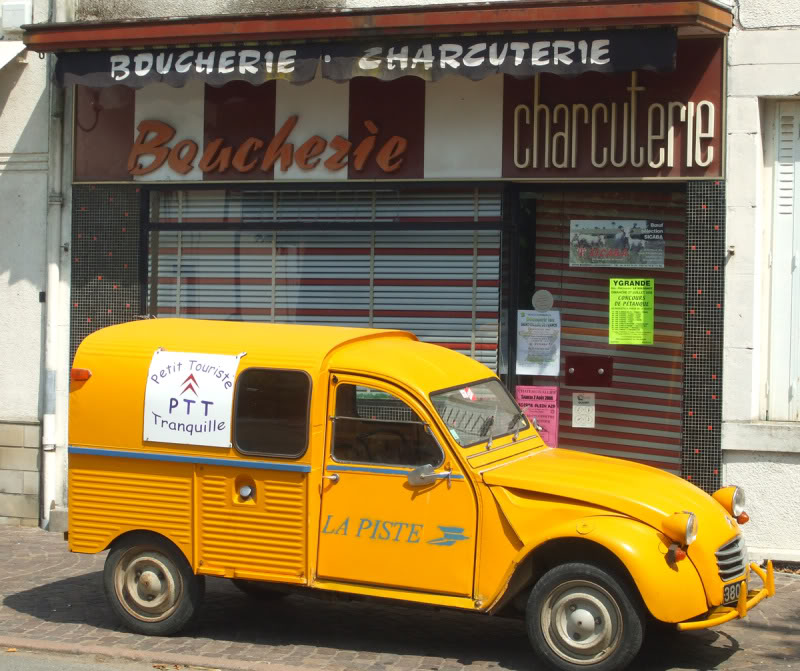 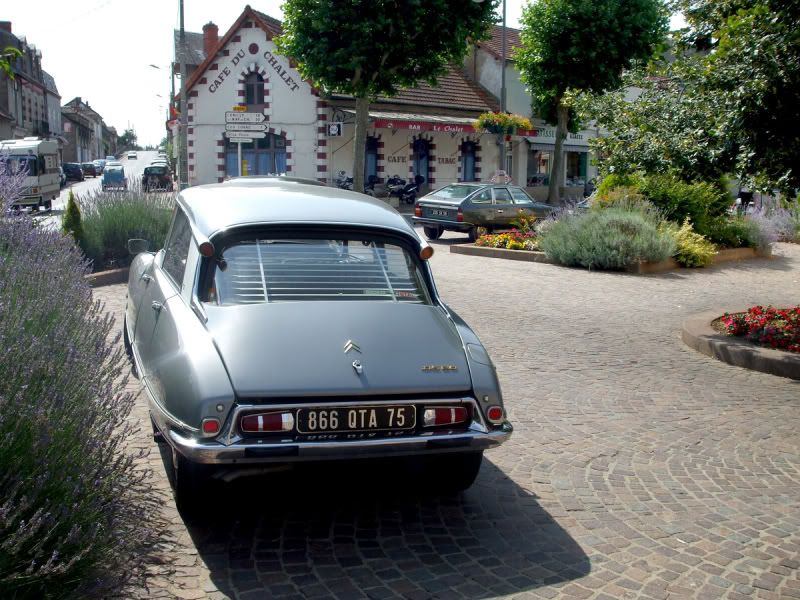 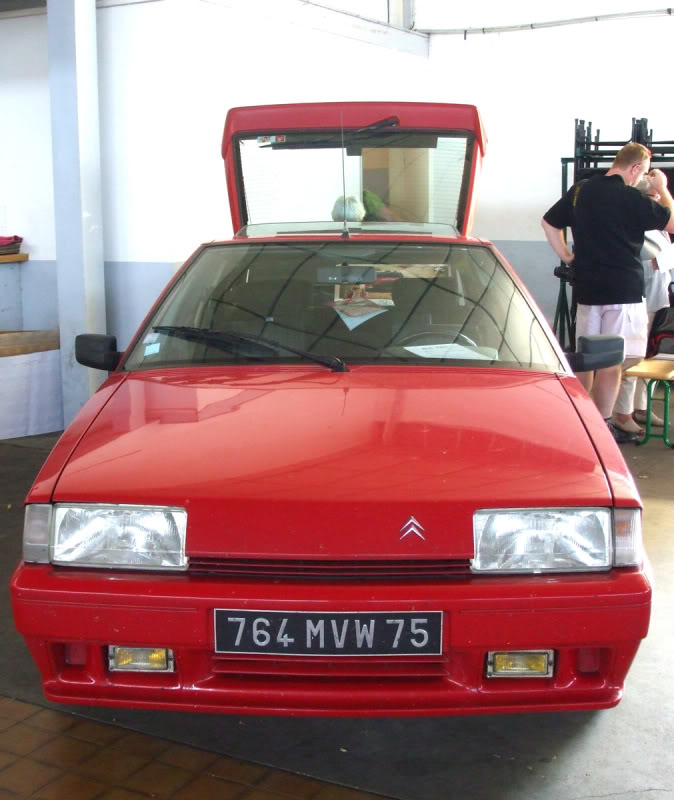 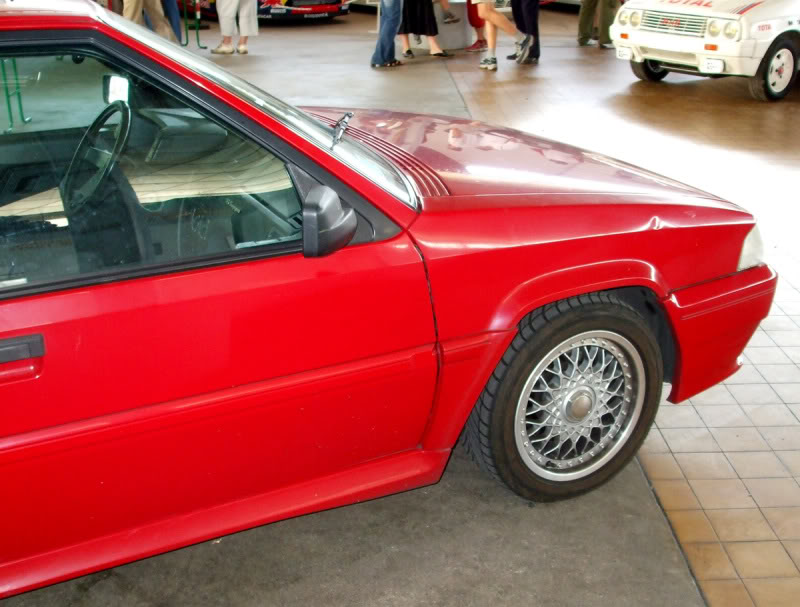 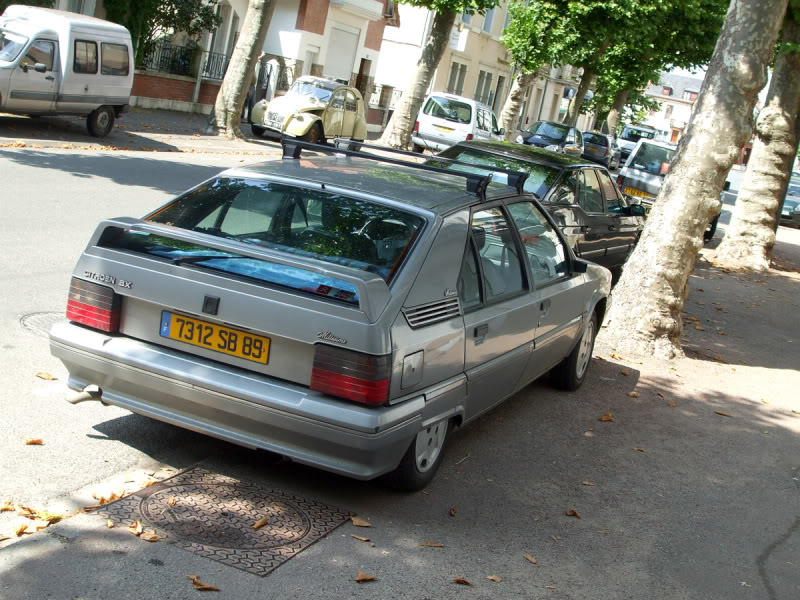 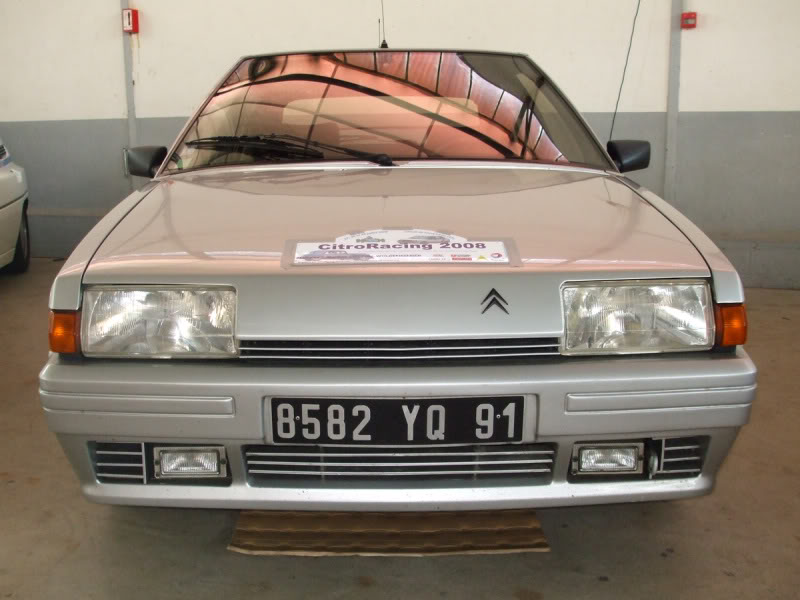 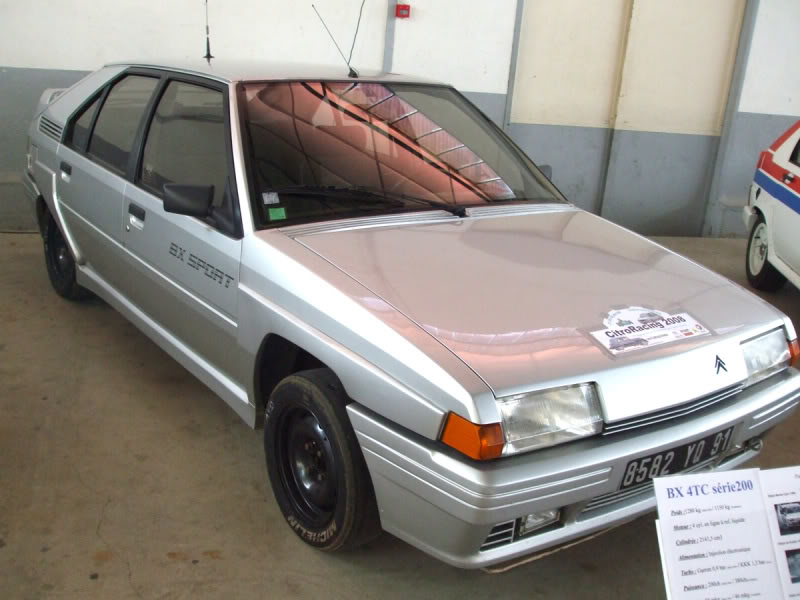 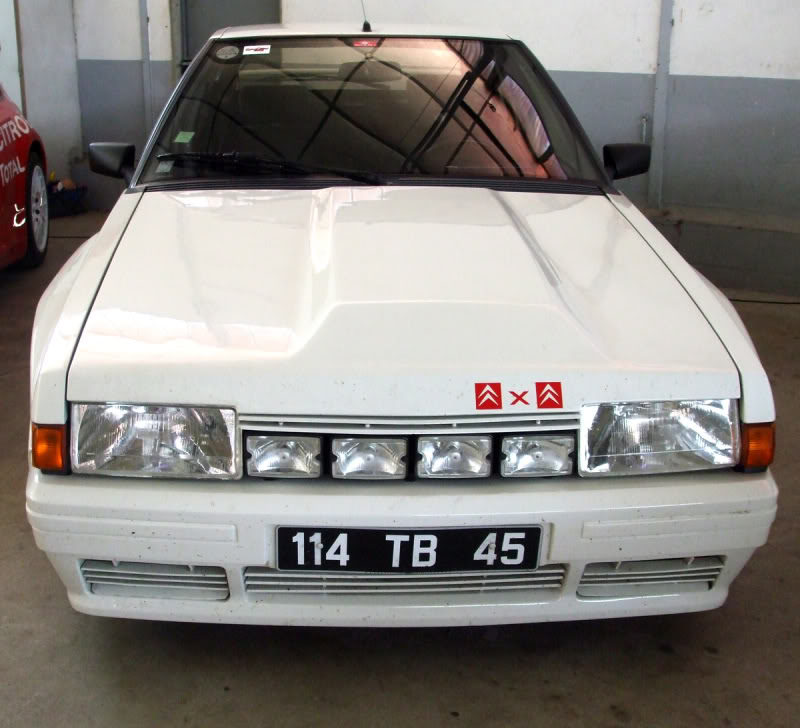 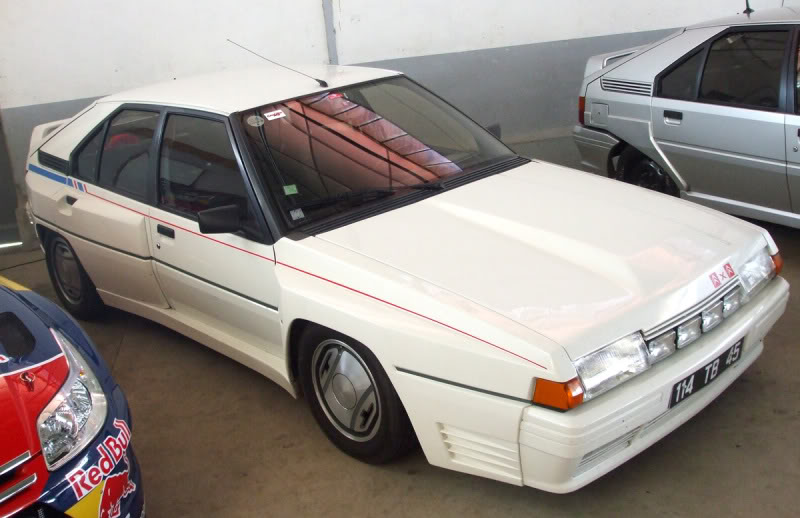 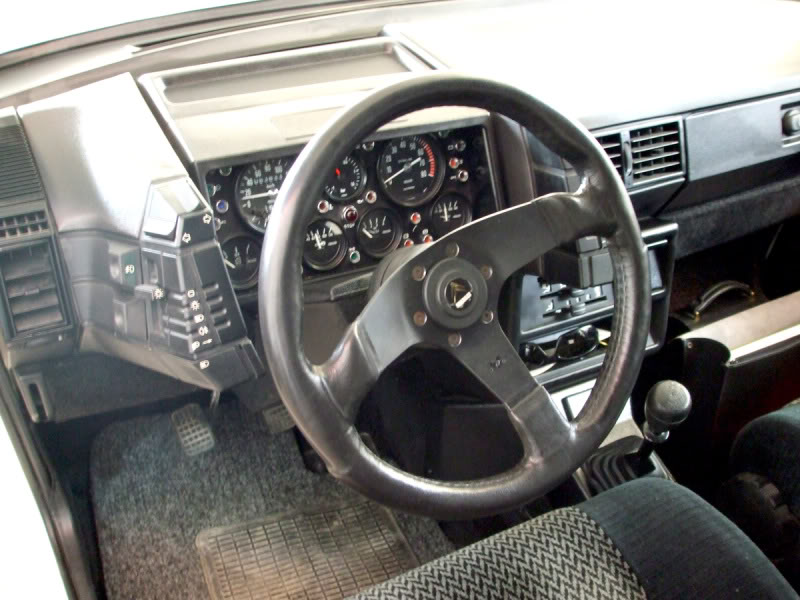 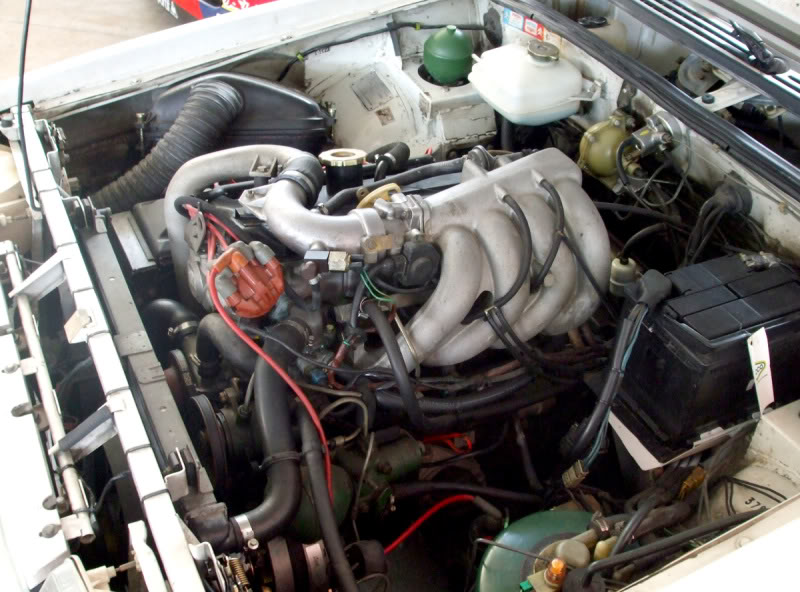 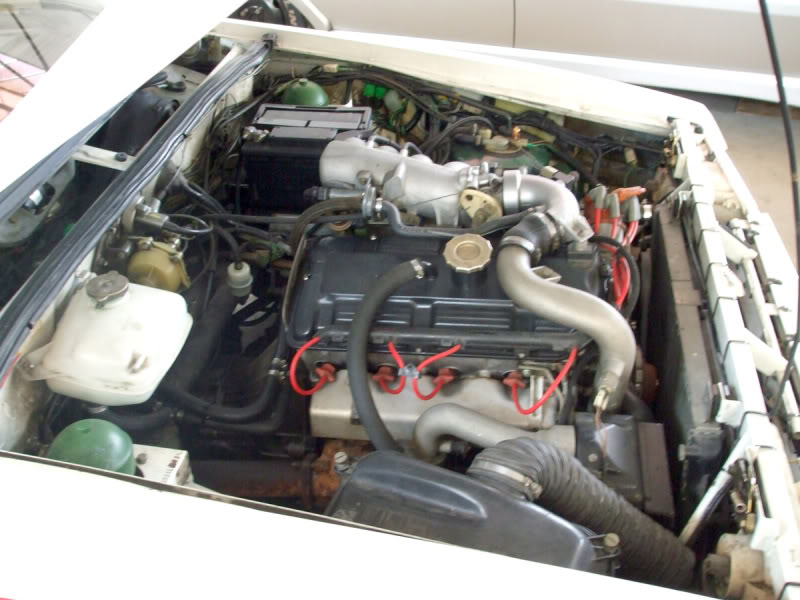 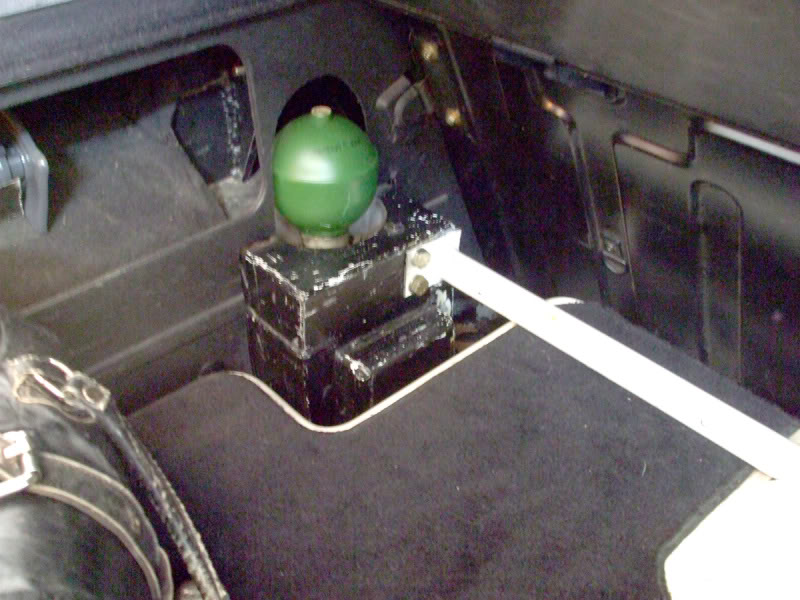 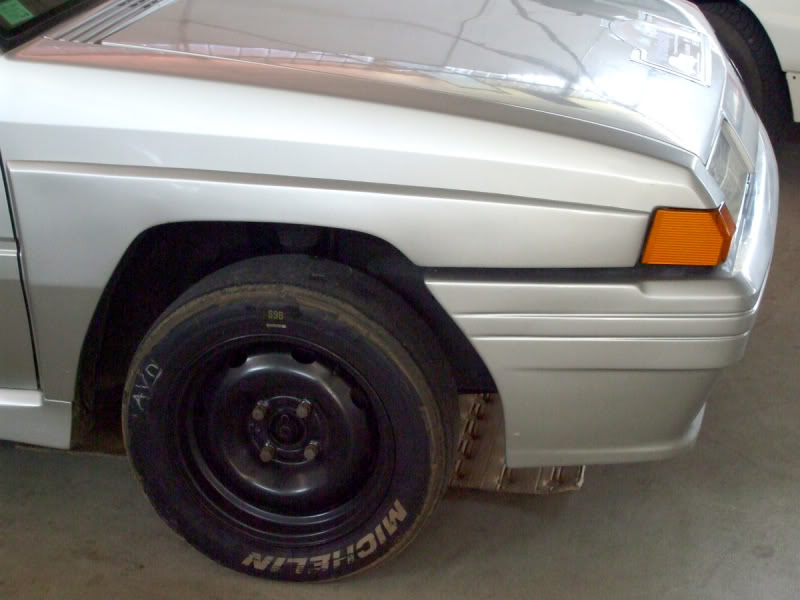 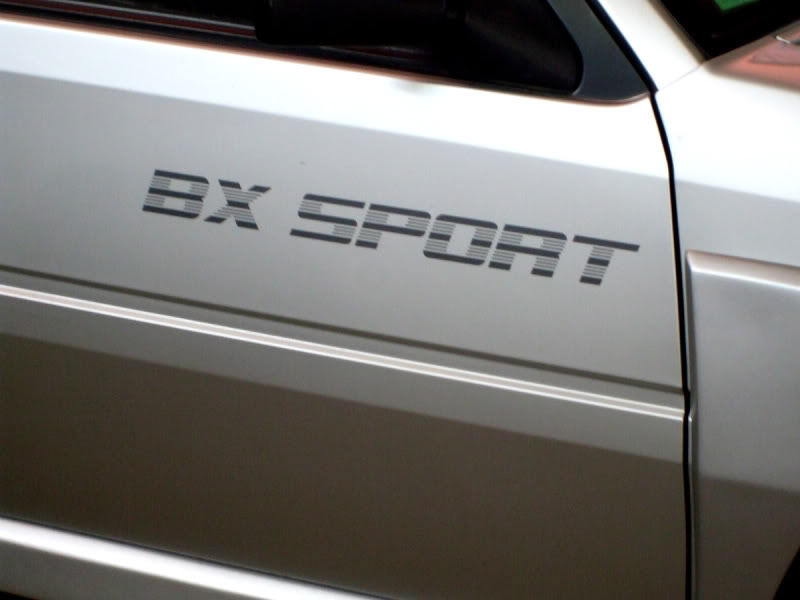 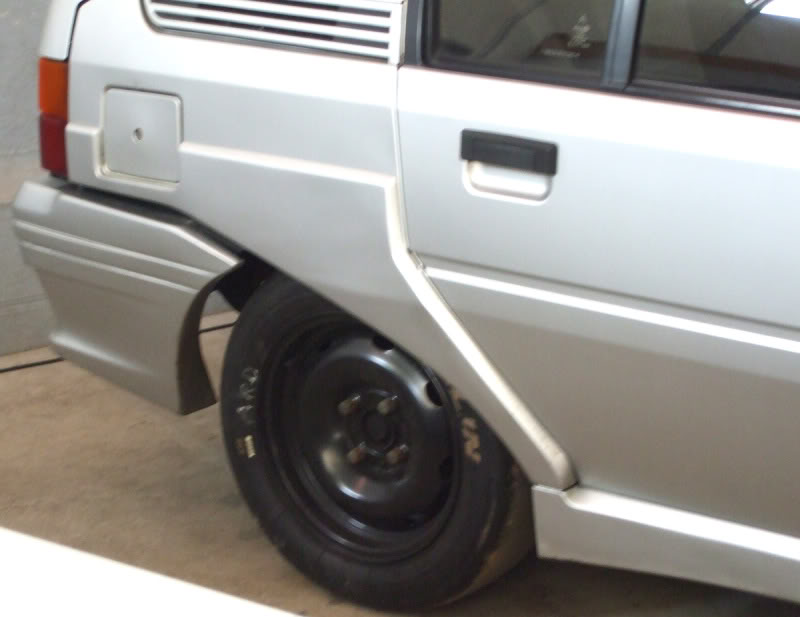 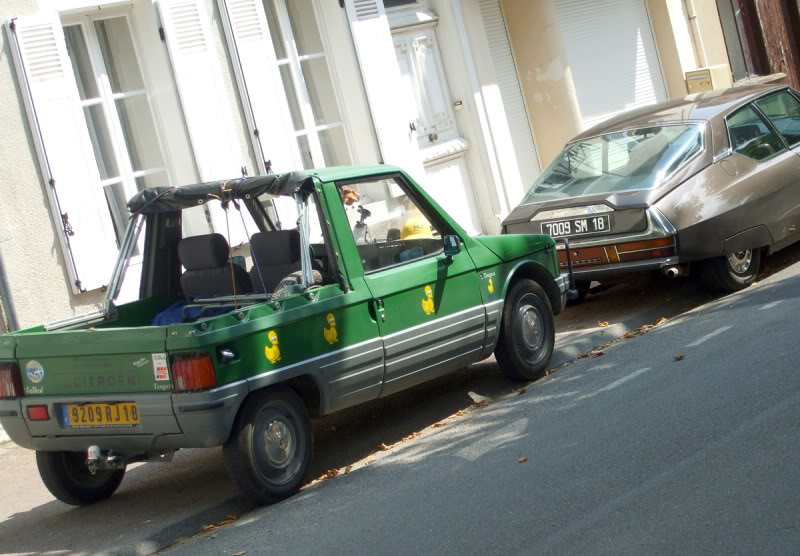 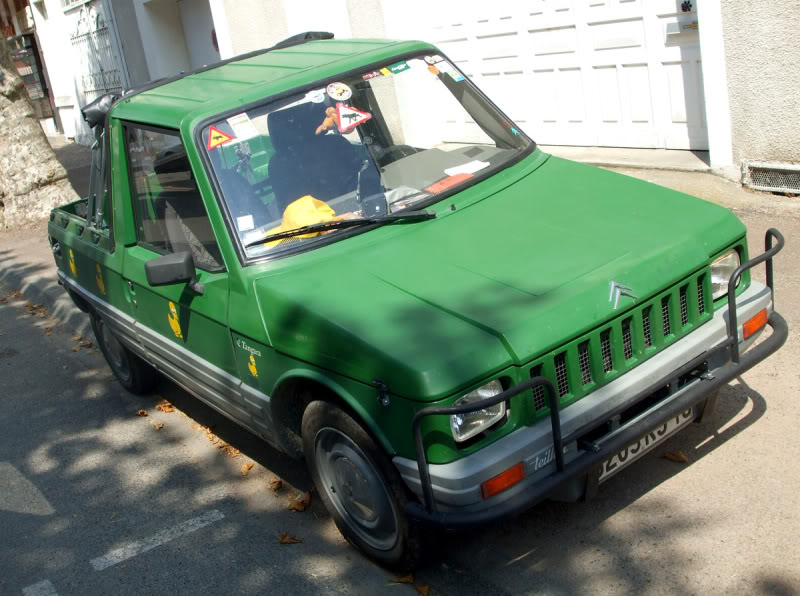 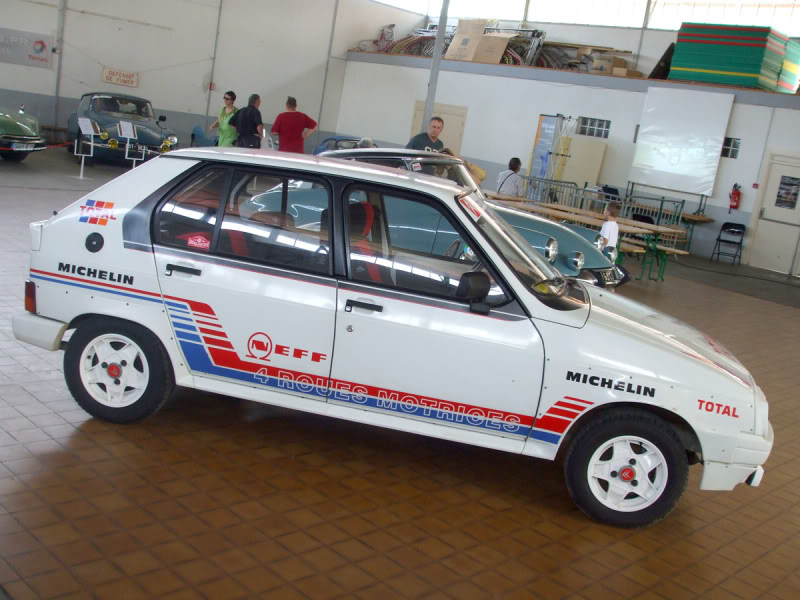 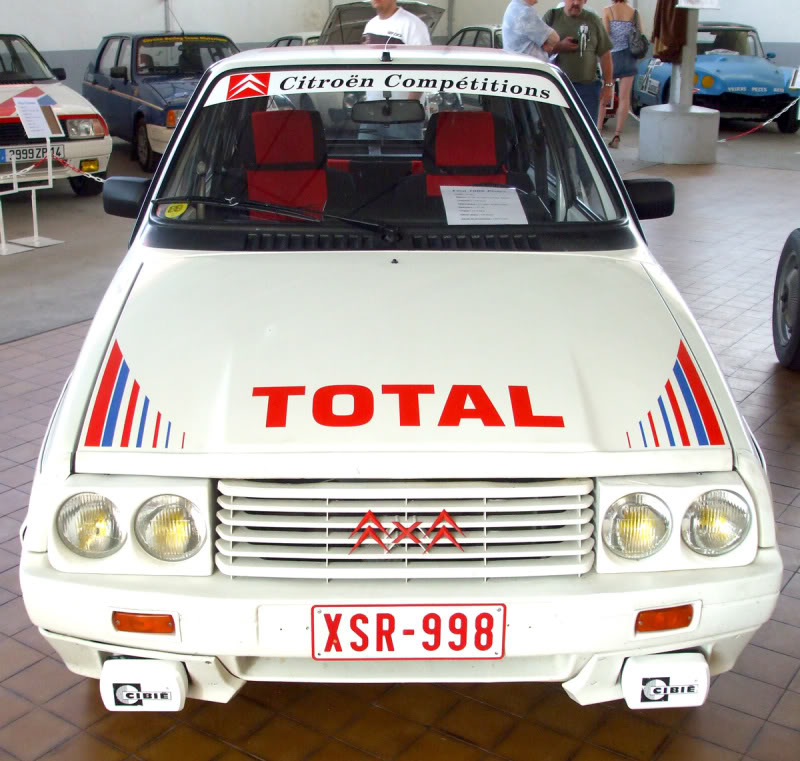 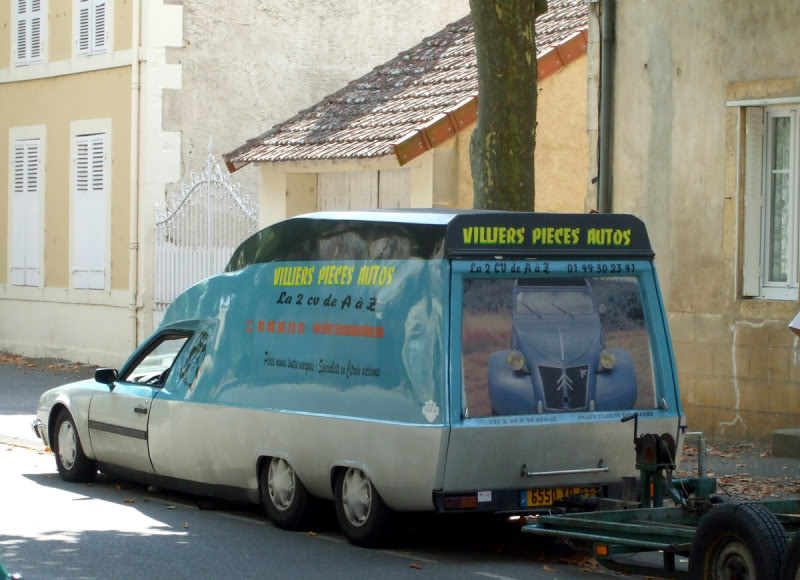 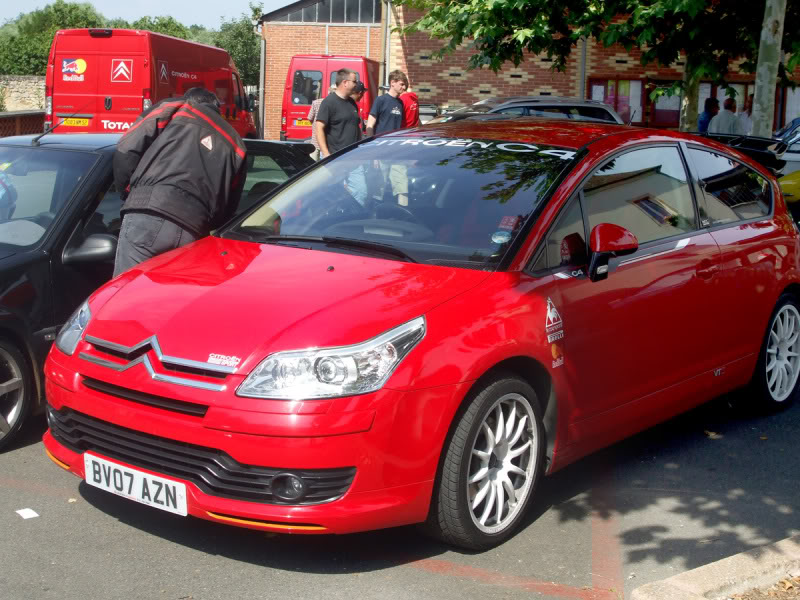 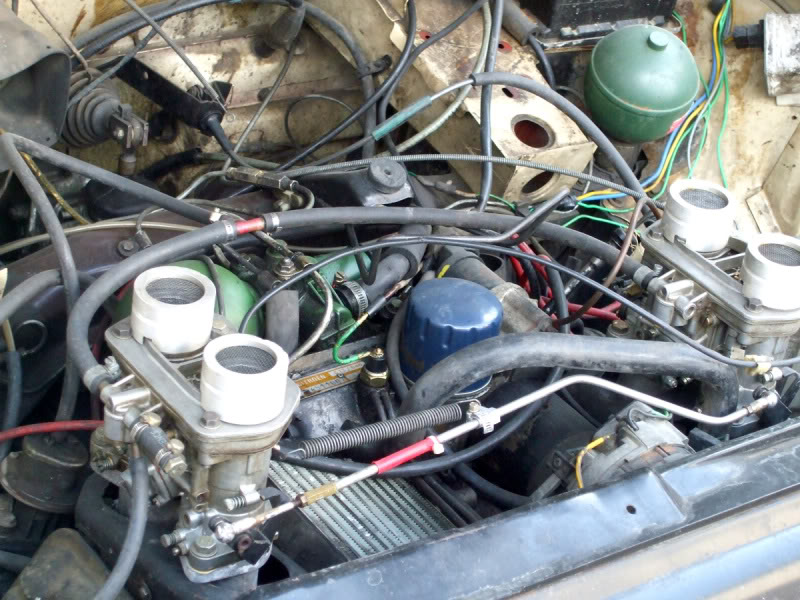 There's little enough to keep any of us in the UK so...

And now, just to prove we have a living breathing automaton in Downing Street, he's on holiday about six miles from here. Place called Shadingfield, known locally as Shaggingfield. Can't think why! All the girls look so virtuous. Not so sure about the wives.

Security crawling all over the place... you know the sort, dark grey pin stripes with left breast pocket bulging (9mm Mauser automatic doubtless.) They don't take the 9mm Baretta seriously, although it's a better weapon. They're inconspicuous to a tee. Head shaved, polished pate directed at the satellite overhead. Who needs a Sky dish with a head like that! Ear piece connect to GCHQ and Brussels. Dark suit melting into the pale green undergrowth at the approach of an alien vehicle. (BX TXD) The rest of us are in shorts and tee shirt since it's about 30 degrees here. Thought I saw a zip up the back of the neck and a bolt through the head on one of them. Maybe not, that at least is more real than this lot.

There's about a mile and a half of speed limit of 30mph along the stretch the PM is staying. Normally a nightmare for the police because it's dead straight and an invitation to...(GCHQ may monitor this post so stum) Poor buggers can't figure out why we're all doing 20 and waving at the security as we go by.

Nor can I actually, it's all too obvious. Security? OK, so now I understand how Kennedy got shot when Deely Plaza was crawling the security.

Saw the PM on the local news tonight, doing a photocall on what they said was Southwold beach. Was it hell!!! Don't know quite where it took place but it wasn't Southwold - I know that place very well.

Forgive the sarcasm, please, and those of you at GCHQ who monitor emails and forum posts. I'm a loyal party man really, just haven't seen the Labour Party out in force since, well, I can't now remember. When did Wilson die?

OK, enough ar*ing about. It's just the the security around here for miles around is laughable. The press kept it a secret where the PM was about to stay. We knew four weeks ago - the locals put it out on the grapevine.

OK, so life in the 21st century is like that.

Just can't resist it. Security removed the road sign to Shadingfield Hall just hours before the venerable one arrived... as if we didn't know where the bl**dy Hall was located. And the press knew as well. They've taken over every B & B for miles. He's quite secure really, no sniper could get through the ranks of paparzzi without being forced into a road accident with speeding local drivers.

OK, that little lot should get some blood boiling - trouble is most of it is true.

Well, Terry, that cheered me up

On holiday, you kind of forget (temporarily) that it's all cr*p

Now, today was another fascinating one, at the expense of the rest of my poor family who had to stay by the pool in thirty degree heat

I went down to see the cars go round the local track - highlight was the BX 4TC (no pics of that I'm afraid) and the BX Sport, but hats off to the chap in the ratty GS that flew around making a thrilling noise and putting a few, rather better turned out Cits and Panhards to shame.

The Visa 1000 Pistes was very quick and the only surprise was that a 16s BX (driven a little sedately IMO) was creamed by it.

Didn't know what you were missing, did you Phillip. Like I said, 95% of it is true, and very laughable.
Top

Ahhh, I knew there was a reason I liked it here! 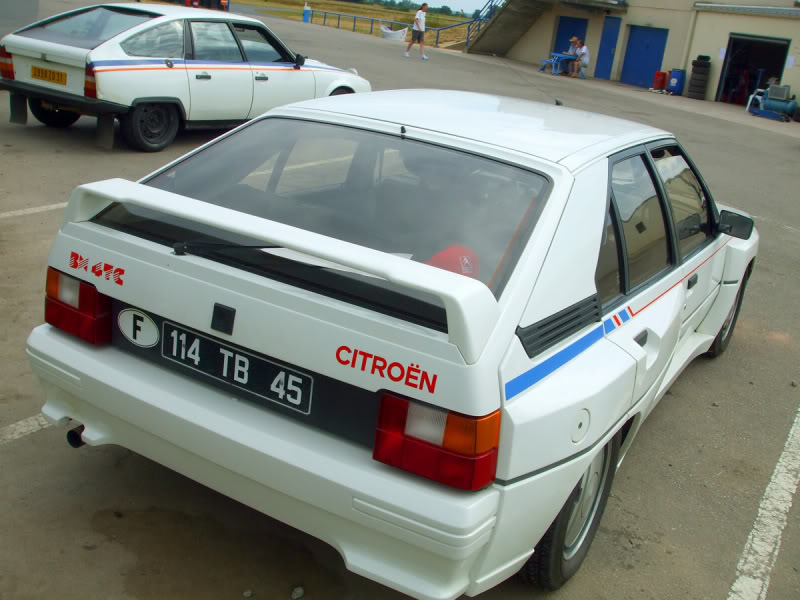 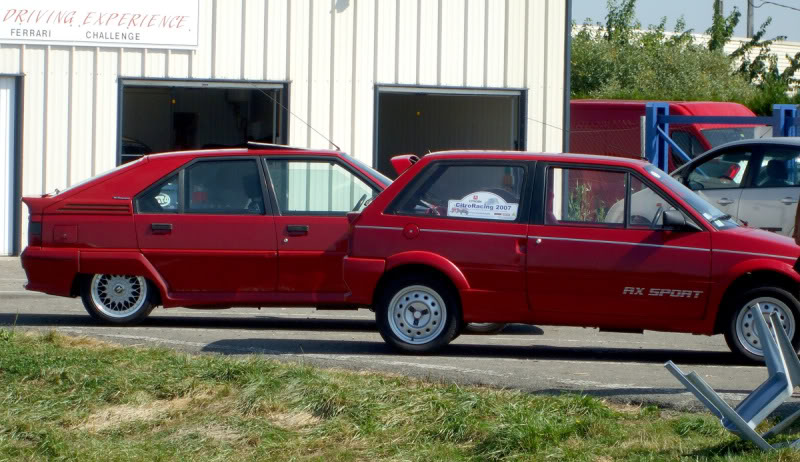 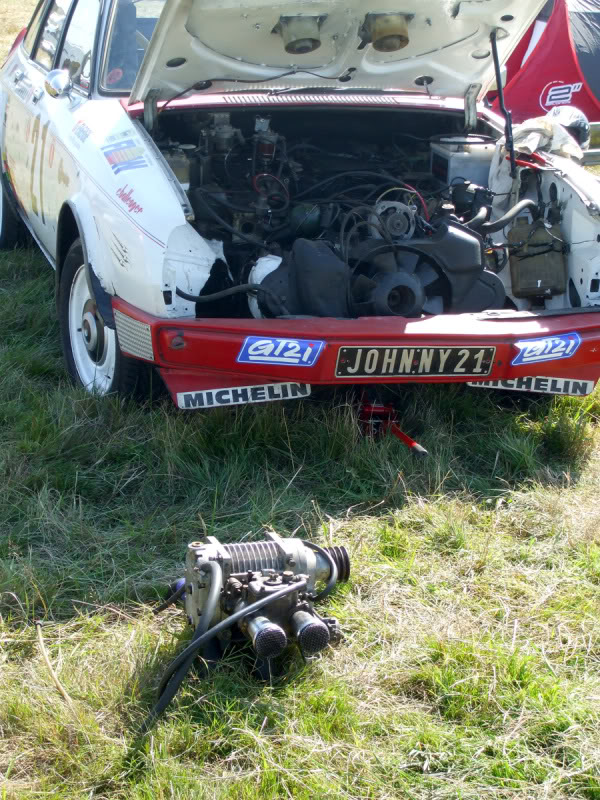 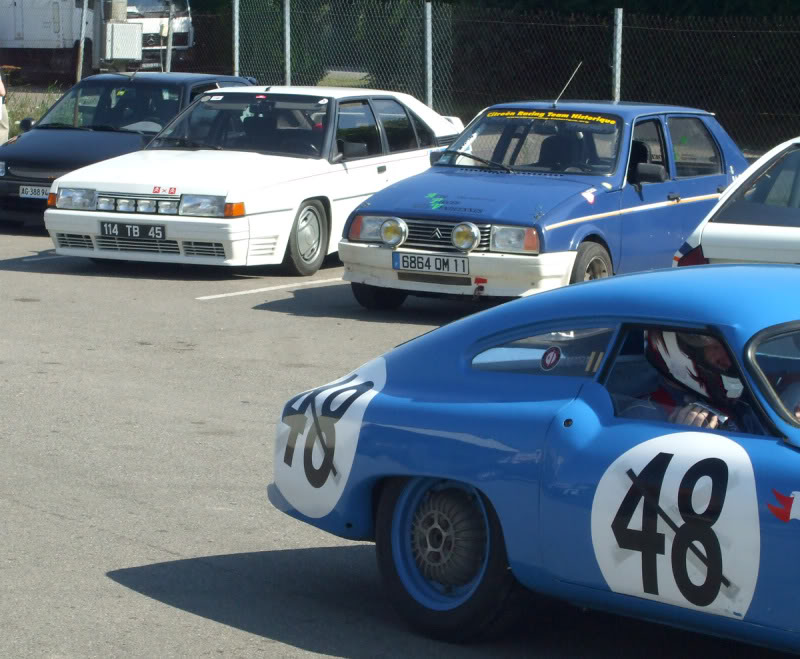 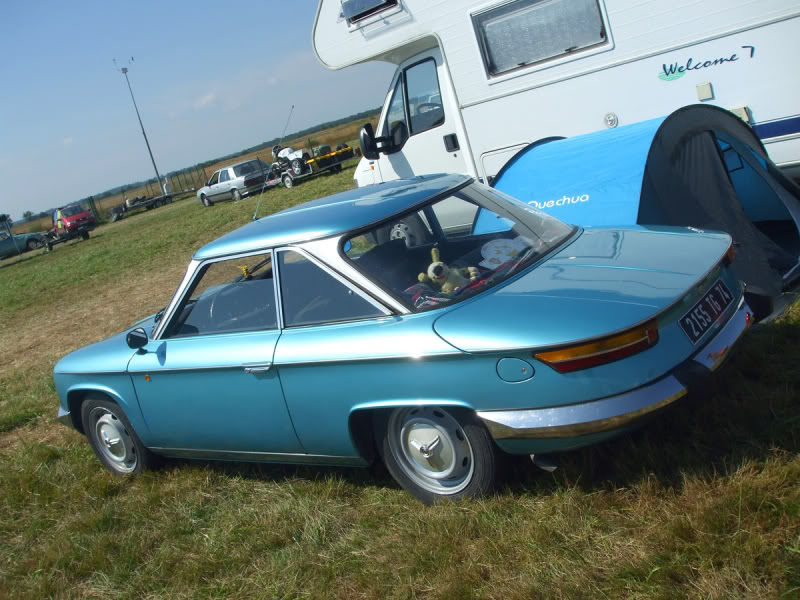 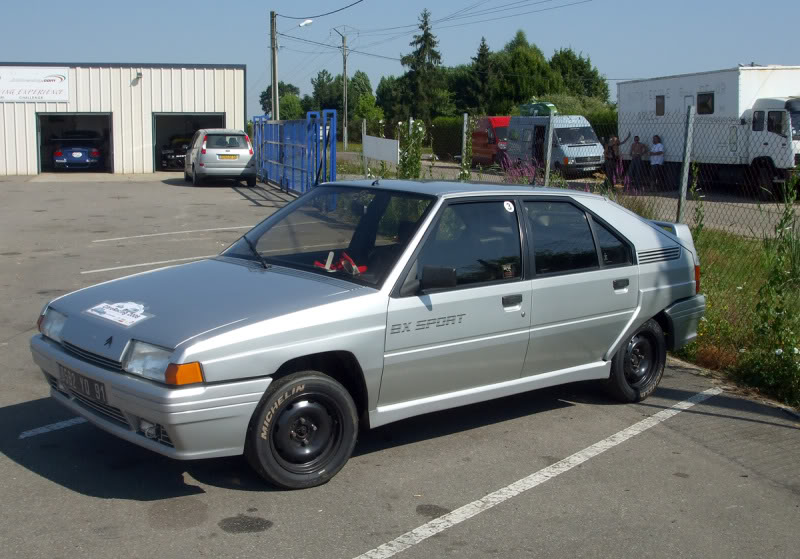 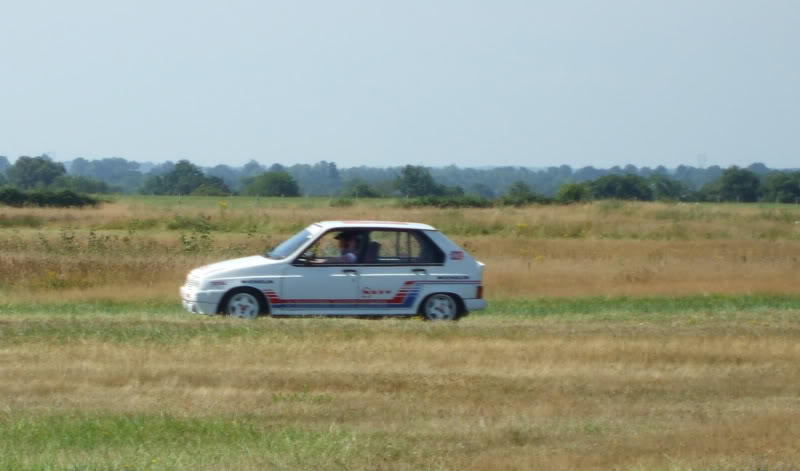 Well. got back yesterday. Effortless journey back with the Fait performing well. Spotted a couple of tatty BXs en route, but the overall impression is that there are fewer AX's, BX's and XM's and no CX's at all in everyday use!

Anyway. The photos I have posted of that meeting of Citroens and Panhards remind me that it was a holiday with a little extra thrown in. Great fun.

I would have expected comments about the content (as opposed to the quality!

) of the pics, but there you go

I managed to miss that photo post on Monday, don't know how that happened! The cars that caught my eye were the CX with stripes - CXs usually look best as plain as possible, but those stripes work - and the Panhard. I don't think I've ever seen on in the flesh, but I think they're brilliant cars and I'd love to drive one some day.
Top

The deed is done: