I have to admit that, as an ex-soldier, I have a soft spot for Land Rovers. They go anywhere, are utterly reliable, easy to fix and comfortable.

They do what it says on the tin - unlike some 4x4 wanabees that really oughtn't to be allowed out without a bloke with a red flag.

Where was your trip Kev - is that Beaumaris?
Top

Just returned from a trip to the south of France in the (ashamed) XM. But really. I've done the BXagon so I know what a long way feels like in a BX... but the XM is superb for this sort of thang...

I took the BX out today... OK it's unrefined and bangy, with a few issues but I still enjoyed... A world of contrasts!

Including some BX's of course! 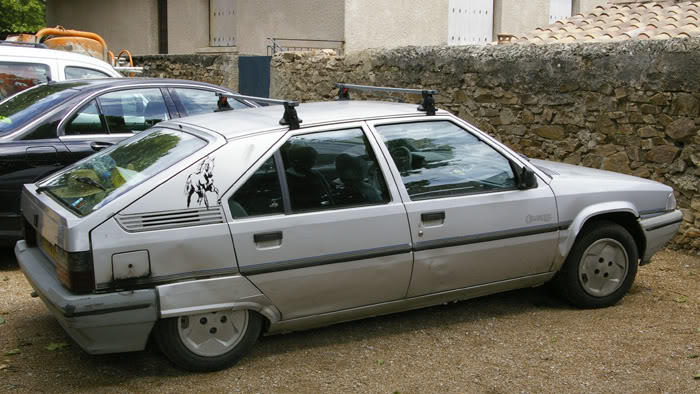 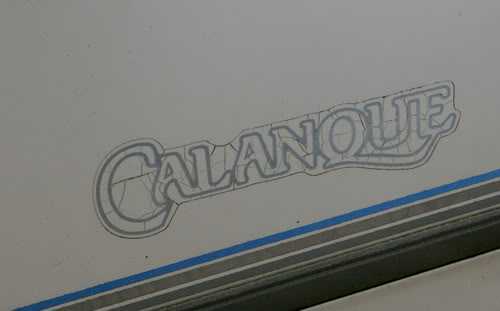 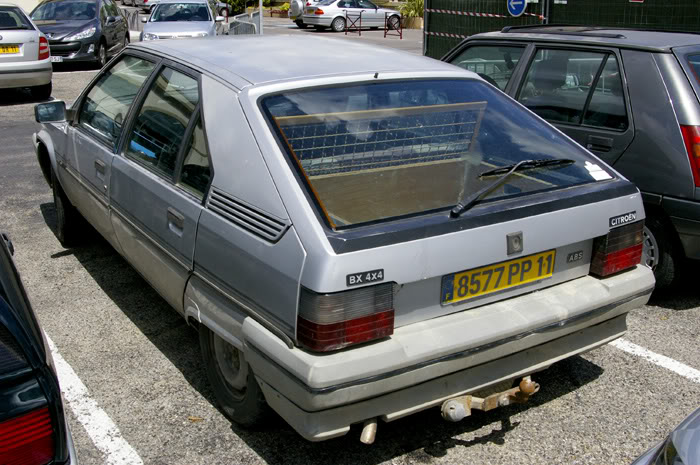 And this little Ourane (Hurricane) turbo D had air con ... 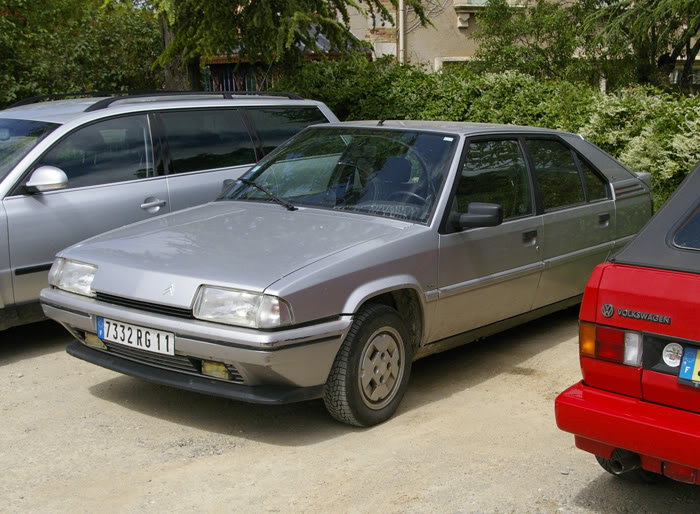 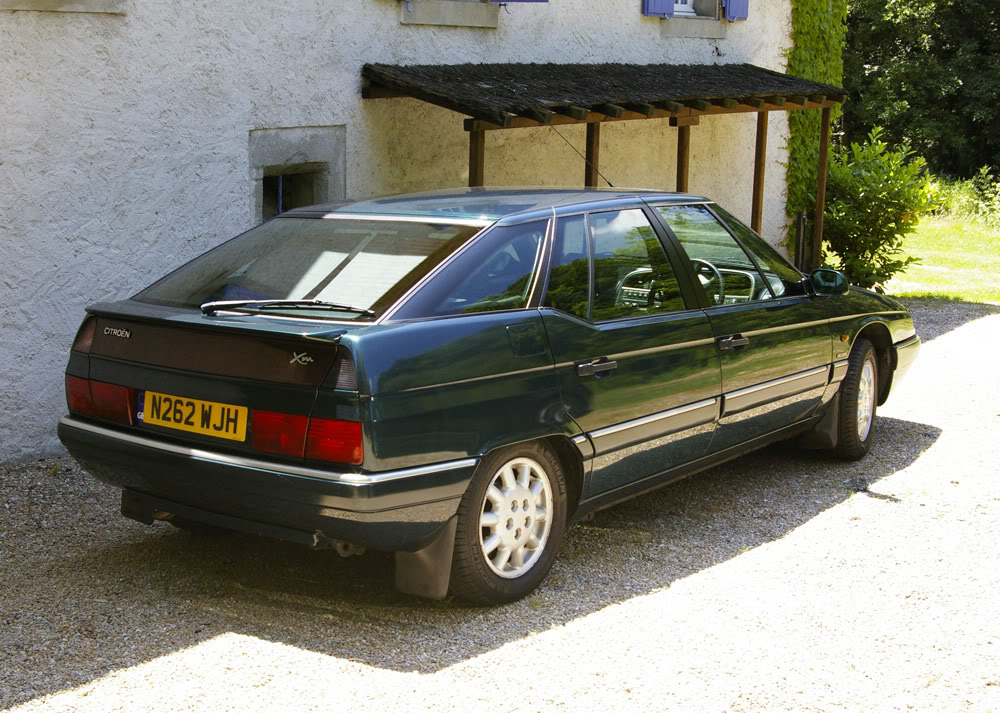 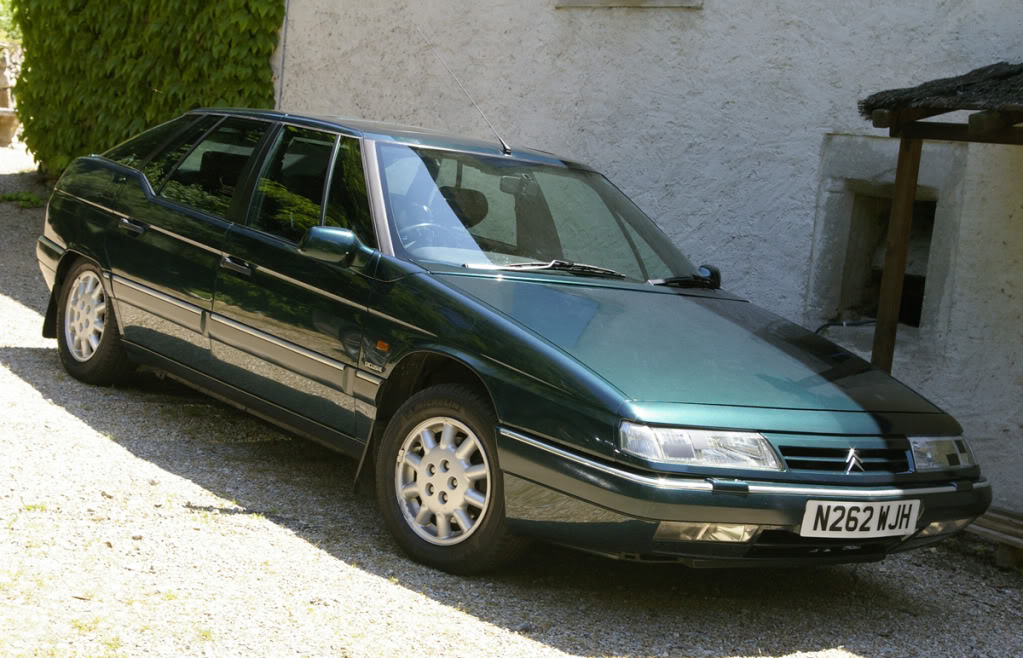 She does look well Phil, I guess the XM was designed for that kind of driving.
Lots of Motors, mostly semi broken....
Top

After driving from Hull to Malta and back (minus ferries for the wet bits...) I can only agree that the XM excels in this department. Looking good too, Phil

Just watched Avatar. What a pile of poop. Visually interesting at times, but c'mon. Have story-telling and plotlines/screenplay taken some sort of retrograde step? Oh how fecking predictable

Linegeist wrote:
Where was your trip Kev - is that Beaumaris?

Time to plan the BX's future.

Either cut losses so to speak, or dive in.

I suspect the latter

Issues to address: rocker cover gasket (I have a replacement) needs doing as it's weeping oil.

Camshaft oil seal - a possible leaky there too... I have one, but that's a bit more work, so will do cam belt and waterpump as well as aux/pump belt and anything else in that region that needs doing.

Some knocking from the o/s front suspension. Replaced o/s dropling last year so must be something else...

Accumulator sphere seems knackered. Although the PR might need looking at.

Spheres are past their best. Will probably fit standard non-GTi 16/19 spheres all round.

Fuel pump/filter area has small fuel leak on starting but soon disappears. I have speculated on this before and have a replacement fuel filter to pop in while the cause is investigated. I hope I don't need a new pump although they aren't prone to failure apparently.

Front tyres need replacing. Shame I paid for 4x replacement wheels and nearly new Klebers five months ago which have still not been delivered. Almost a lost cause now

An oil change and general root around required too.

That should all keep me and Dennis busy.

Then I have the encroachment of rust in the o/s rear arch/sill and some cosmetics to deal with.

As I said, I could cut my losses. And the above will really cost. But hey. Where am I going to find another BX these days?

I have to admit that, as an ex-soldier, I have a soft spot for Land Rovers.

Philip Chidlow wrote: Fuel pump/filter area has small fuel leak on starting but soon disappears. I have speculated on this before and have a replacement fuel filter to pop in while the cause is investigated. I hope I don't need a new pump although they aren't prone to failure apparently.

Pumps will either last forever, or die after about 110K miles..
Smokes lots, because enough's enough already!

Well, if I can, I'll replace filter and pump - as my instincts point in that area as the root cause of the idling/start issue too. It's a straight swap I assume. Or do I have to take any particular precautions (apart from working in candlelight lol)?

But what about the fuel rail pressure regualtor? I'm not quite sure how that works, but I assume it will keep adequate pressure up when the engine's switched off - at least for a while - when it's working right. If it's not doing its job and the pressure drops off quickly would that explain poor hot starting/idle?
• 1992 Citroen BX TZD Turbo Hurricane
• 2006 Xsara Picasso 1.6 16v
Top

Phil, does your fuel pump operate whenever the ignition is turned on, or whenever the engine is rotating? If is is the former you could test your theory about losing pressure by seeing if there is any difference between trying to start it hot after letting the fuel pump run for 30 seconds or so before cranking (apologies if you have already tried this!)
If starting is better that would suggest (to me at least!) either fuel vaporisation, a loss of pressure, or a pump that's slow to build up pressure.

Well, the pump doesn't - from what I can tell - start unless the engine is started. Fuel vaporisation: How the devil do you deal with that?
• 1992 Citroen BX TZD Turbo Hurricane
• 2006 Xsara Picasso 1.6 16v
Top

Interestingly the pump only leaks (a drip, drop affair - nothing dramatic) after the cars has been stood a fair while e.g. overnight. Starting it up just now for instance (after a couple of hours standing) produced no drips. And that has been the case for a while.

There is no fuel 'wetness' around the pump or filter - but that could be because it evaporates quickly. I think I'll dust the area with talc and when it's up on a ramp I'll have a look - I might be able to find the location of the problem: and there might be 'staining' from previous dripping. It could be as simple as a dodgy pipe connection/seal. However, am I right that there's a non-return valve in the pump that could wear/fail, giving the problems I have described?

As for leaking oil: why do I never learn? The oil bottle I keep in the bulkhead space had fallen over and was leaking a little, down through the drain hole near the washer bottle. Last time it was the LHM bottle that did the same. FFS am I daft? So, for now I will not keep said bottles there! The leak I do have is weeping from the rocker cover gasket I'm sure.

One question though: the car sinks faster than Titanic. Is this entirely due to tired components? If the accumulator sphere isn't good, then that's not going to help... but if the PR is baggy, will that negate any effect of replacing the sphere?
• 1992 Citroen BX TZD Turbo Hurricane
• 2006 Xsara Picasso 1.6 16v
Top

. Last time it was the LHM bottle that did the same. FFS am I daft?