mat_fenwick wrote:I was incredibly nervous before starting - not sure why but perhaps the value of the panel had something to do with it! 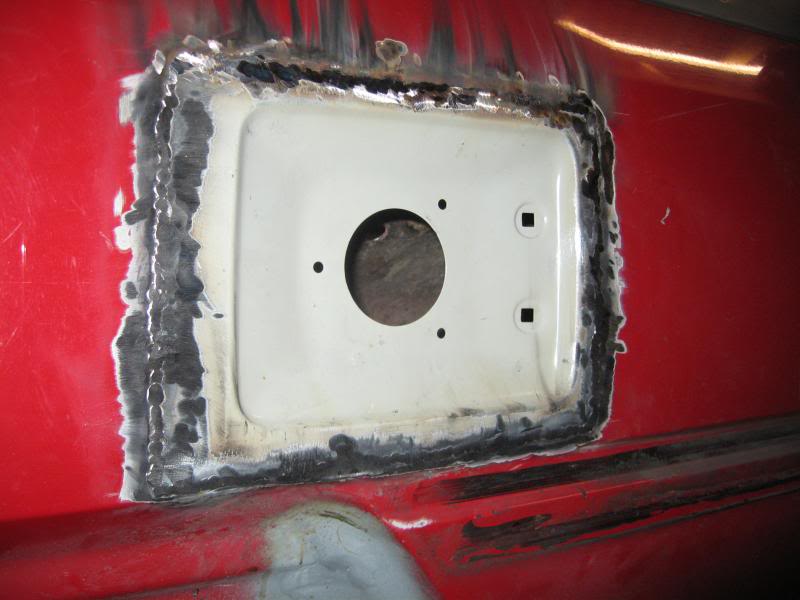 Sure that's the right way round, Mat? (That's the kind of thing that I would have done - if it can be re-assembled back-to-front or upside-down, I'm your man.) Seriously though, that's looking pretty good.

Not much visual progress on the BX tonight - just a case of aother skim of filler on the low spots, and sanding back again. Probably to reveal more low spots elsewhere, but at least they're getting smaller and less frequent. Did I mention I hate bodywork? Give me a nice functional patch to weld in underneath any day!

Also have the wheel arch a coat of underbody wax, and will be able to put the filler neck back in at the weekend. I suppose that depends on when I can paint the panel.

Some progress on the house too - made a start on the stud walling which will cover the damp proof membrane, and put up a layer of insulation.

Looks like it's coming along very nicely Mat! Van looks very tidy too in the two tone colour, even the plastics look 'new'. Jealous of you're DIY skills...
I'm not a Saint, or a James, but a Tom Saint-James!

Thanks - I sprayed the grille plastics last weekend, as they were starting to look a little tatty. The towing electrics were replaced with new ones I had bought some time ago but not fitted to a vehicle - the old ones will go on the white BX to replace the smashed and corroded units it had.

I have to point out I didn't do all the trim fitting on the van in a day - it's been a cumulative effort every day this week. It's not back at home yet so I've just been snatching the odd hour here and there once I finish work.

I've decided today, while filling up the company hack, that you've really missed an opportunity.

Rather than replace the 'hole' with a BX filler cap panel, you should have used a PUG 405 Mk2 panel, this would have given you the opportunity to fit a flap that locked with the central locking. No more bloody key to get the fuel in!

Unfortunately the valver isn't too bad here, so i shan't be doing the mod myself. But its one to keep in mind i think!

You're right, I didn't think laterally at all

Even if I didn't want to have a centrally locked flap (which would be cool) then I could have just found a similar looking section from another car and welded it in. Oh well...

Tonight's exciting(?) instalment involves more sanding and filling. Another skim over tonight and flatting back: 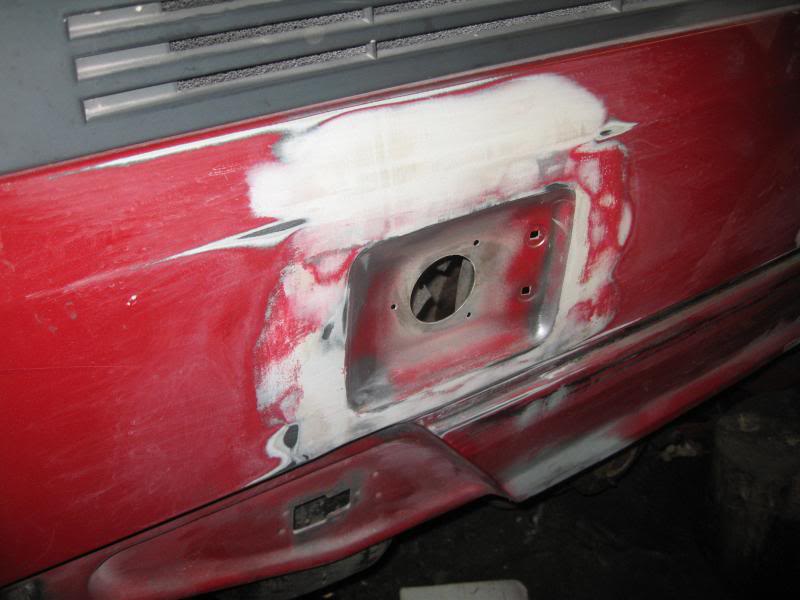 ...which I think is very close to being ready for top coat. If you look closely at the photos you can see a couple of low spots still, bearing in mind that matt primer is quite forgiving! 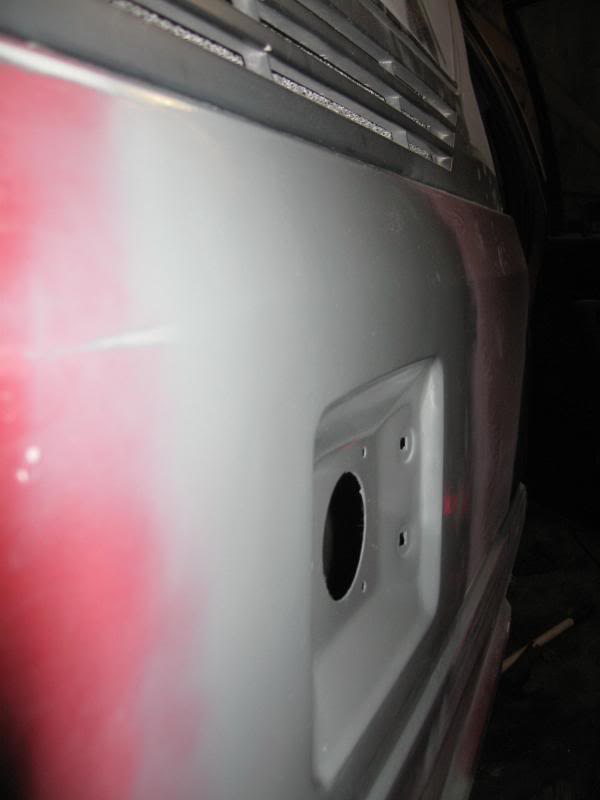 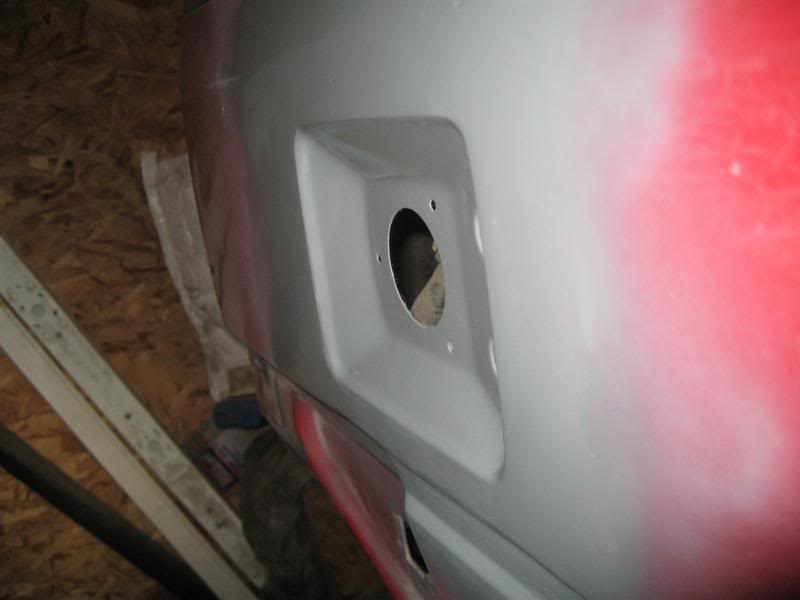 Plus the latest on the house - put in some of the stud walling uprights in the horizontal pieces I put in yesterday. Had to bond then to the concrete as I didn't want to piece the new membrane by drilling! 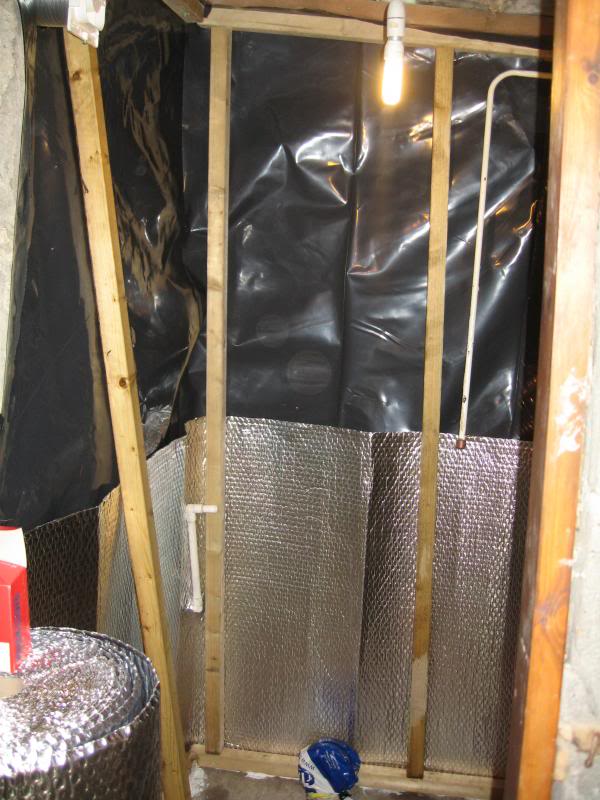 Matt - what do you use to cut out the old metal and keep such nice clean edges? I've used tin sips but it tends to warp the metal as it cuts. STeve
Top

I've always used standard cutting discs in an angle grinder, but recently I've tried a diamond tipped disc and have been very impressed. Less sparks, a thinner cut, cleaner edges and it seems to last much better. I'm not at the break even point yet as I think it cost about £30, but it will also cut stone and tiles and does a reasonable job on wood. There is still a little burr after cutting, but easily cleaned up by turning the disc 90 degrees.

Bugger - minor setback this evening. I put on some knifing putty to fill the pinholes, and when I came to sand it it just peeled off. Had to mix up more P38 but it's not great at going on that thinly. Hopefully will have finished filling and sanding tonight, ready for top coats tomorrow

Managed to get 4 coats of Venetian red on today, and it looks OK from a few feet away. Unfortunately a few specks have landed on it before it dried, so will have to see whether I can remove them with a bit of rubbing compound once it hardens a little. 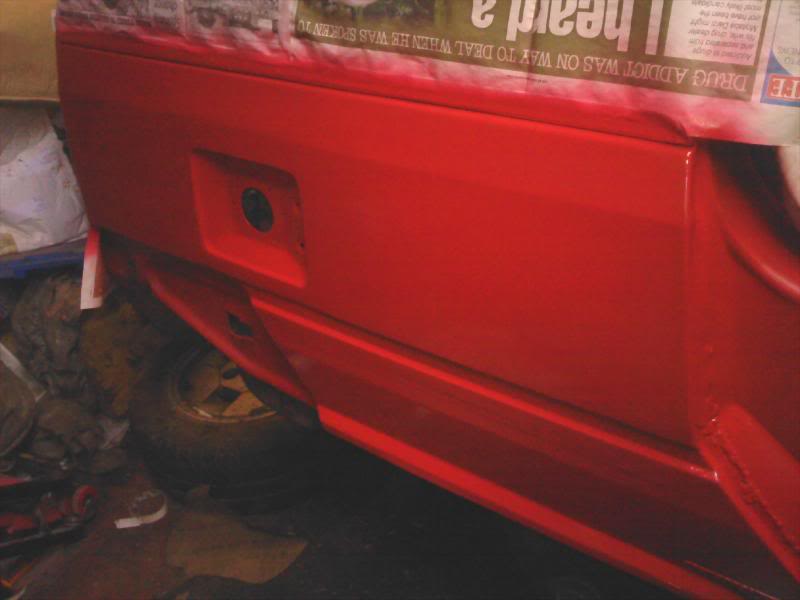 Top work, even with grain-o-cam it looks like it's a pretty good finish on what is a very unforgiving bit of bodywork.
Top

More grain-o-cam photos now...just the one on my phone which IIRC is 3.2 pixels. I keep forgetting to take a decent camera up to the workshop.

The filler neck has now been assembled, not forgetting the O ring between the neck and locking ring (I did forget the rubber gasket between locking ring and bodywork, which was annoying). 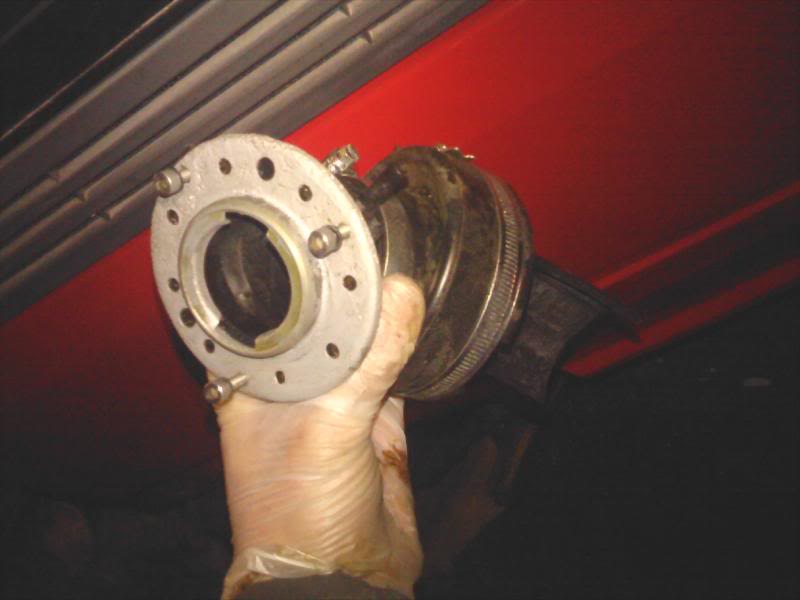 Then mounted it on the tank - it is possible to fit without dropping the auxiliary tank, but a bit of a fiddle. The captive nuts on the neck had long since rusted away as they are in constant contact with the stainless screws which Citroen used. I'd handily had 3 stainless UNC allen screws knocking around in the cupholder of the Focus for months, which were coarse enough to cut their own thread in the plastic. 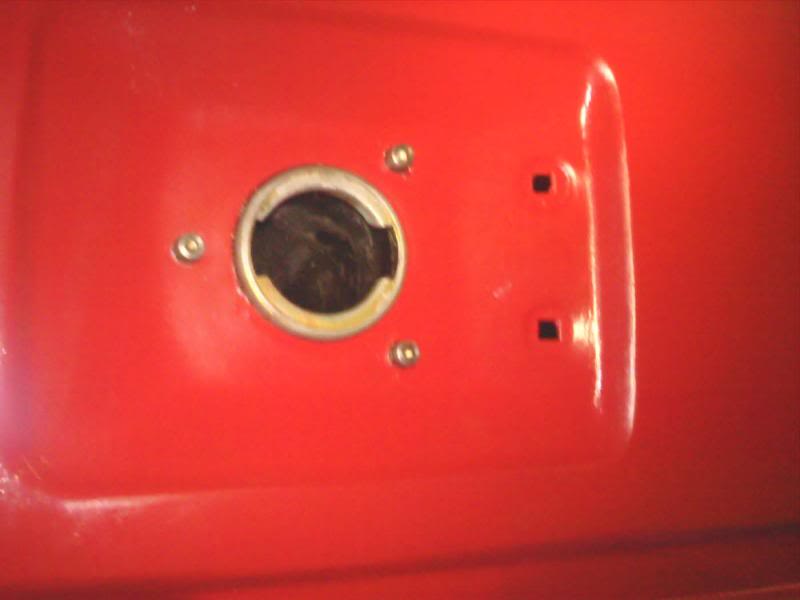 And finally, fitted the flap itself: 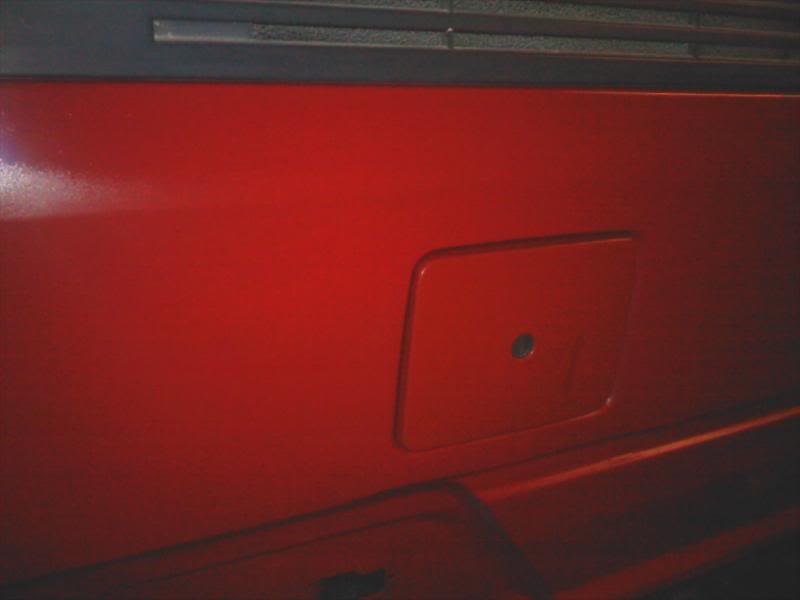 The colour is a pretty good match to the rest of the wing, at least in the light levels I was working at. I should probably respray the flap too, to get rid of that scratch which has been there for at least the last 9 years

The bumper is now back on too, and so are the rear lights although the reversing lights seem to have stopped working. Not sure whether that's now an MOT fail, but I have tomorrow evening to sort that. As well as fixing on the wing trim strip, and the lower wheel arch plastic guards which I've also sprayed.

It's looking good Mat! Shame about the scratch on the flap though.
I'm not a Saint, or a James, but a Tom Saint-James!

Reverse lights are not an MOT item IIRC, so you're ok. Until you need to reverse on your driveway...

Having reverse lights on a switch is ok too, but there must be a warning light.
www.classichub.wordpress.com
Top

You're right, but I wondered whether the recent changes had tightened up on this. They are a necessity though round here, and I find the Focus a bit crap in this respect as it only has the one on the nearside. Seeing as I've decided to keep it at least through next winter (I've done 10k fairly trouble free miles since November) I may need to do something about that...next time I'm in a foreign scrapyard I'll look out for a LHD offside unit for it and put a few bright red LEDs in the housing as the fog light (which I rarely use).

Back to the BX, I'm guessing that the problem is the 7 way connector on top of the gearbox. I've had to clean that up before after a period of inactivity so this time I think I'll cut back the wires and replace with a waterproof connector. The switch is only 18 months old so unlikely to be that. Will prod around with a meter tonight...