Busy evening tonight - pulled off the outer CV boot and ball joint cover and couldn't really argue with the fail. They were fairly perished and the CV boot slightly holed. But seeing as it hasn't been used on the road in that condition, no dirt has penetrated, so new boots should sort it for not much time or cost.

Then our Asda shopping was delivered, only the driver managed to get stuck on our track. After a bit of musical cars we got the Disco out and pulled him from the mud. Not made easier by the lack of a towing eye on the front - it was one of those removable screw in ones which was nowhere to be found.

Then took a look at the caliper. It was difficult to tell for certain, but the oilyness didn't look fresh. It was actually the passenger side hence why I hadn't seen it when doing the cambelt. It looked more like the CV boot had split previously, and coated the caliper in grease (boot looks fairly new on that side). Anyway, I've cleaned it off so will get an assistant to press on the brake pedal and see if anything leaks out. I have a seal kit for the caliper so should be able to repair it if it really is leaking.

It turned out the caliper was leaking from the bleed screw, which was slightly loose! Unfortunately the reason for the looseness is that the threads had been stripped, so it was not possible to tighten it any further

The original thread was M7 x 1 mm, so I drilled it out to 7 mm so I could cut an M8 x 1 mm thread for a spare bleed screws I had. I started to tap it but couldn't get to the bottom of the hole so am waiting for a fine pitch M8 plug tap to fully thread all the way down. Still no CV or BJ boots, ordered Tuesday afternoon and posted 1st class...

CV and BJ boots now arrived and fitted; also an M8 x 1 mm plug tap so new bleed screw thread now cut. All back together and now no longer leaking, so all good there!

I also swapped the new spheres on my red BX for the aged and rusty ones on the white one, and all I can say is I'm loving the ride! No question about it, I'll be getting a new set of lower spec. spheres as soon as I have the money spare.

We had a plasterer round this morning to skim over the plasterboard I put up in the utility room earlier this year - it's looking fantastic now but here are a couple of photos of work in progress:

After that milestone of progress, we had a few friends round and did a spot of climbing. Arms now aching but well worth it.

I'm actually quite pleased with the photo, as despite a poor quality phone camera and some arm shake, it managed to come out reasonably clear and capture the moment!

White Bx now has an MOT! 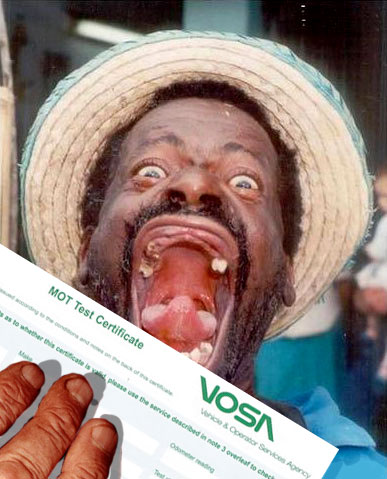 I put it on eBay at the weekend - I really don't know what it's worth so will let the market decide. I've not spent a massive amount on it in cash terms, but a fair bit of time, which I find it difficult to put a value on! It needs to be a fairly quick sale, as I'm short of cash after I bought this (the lower one):

I was keeping an eye on eBay to see what prices were like, when I spotted one which was badly advertised (didn't even say what model it was!) so I contacted them to find out. Turned out it was exactly the one I was after, so I offered him the start price for cash that evening and he accepted! One round trip to Manchester later, and it's mine! Bought two years ago to do a job and he never got round to it, so effectively brand new - for less than half the new price

Well done Mat. I've got a Husky too with 18" bar - the cheapest pro one they do. It's a darn good saw and the whole thing came with a sharpening kit - 2 files, guide etc and a helmet with ear muffs!. Well balanced bit of kit. Note the pros only use Stihl or Huskys, for good reason.
Top

Really good ad for the BX. Hope it does well. In theory, it should do well enough to counteract the fact that you're bleedin' miles away from civilisation. I'm watching with a keen interest!
www.classichub.wordpress.com
Top

enough to place a bid

Tinkley wrote:Note the pros only use Stihl or Huskys, for good reason.

Jonsereds can be quite a good second-hand buy over here, as they are made by Husqvarna but nobody has heard of them! The 2153 is the same as the Husky 346XP. Nice to have a bit more power on the bigger stuff, but I'll probably keep the old one for lighter work and just in case I get the new one stuck!

Thanks for the comments on the BX - I guess that narrows it down to 104 potential purchasers watching then! Realistically most people won't be able to see it, so it needs to be a detailed and honest advert to avoid wasting everybody's time. And the distance might actually work in my favour, as anyone who does come to buy it should have serious intent rather than just a tyre kicker.

I'm a bit pissed off about the MOT though - I phoned up the garage just before closing time to say I would be collecting that evening (I'd left the fee in the ashtray) so could they lock it up and hide the keys under the driver's seat, so I could open it with my spare key. He even repeated it back to me so I know he heard. When I got there I found it unlocked, with the key in the ignition

Not for the first time either, but it will be the last. It's not the normal place I use, but the closest to where I live and within walking distance.

Maybe it was the kiss of death, saying this about Lana's MINI on another thread:


Mind you, hers hasn't given any problems in 30k miles

Yesterday morning I got a phone call to say she thought there there were serious engine problems as it was really loud, rattling/knocking, down on power and the engine management light had come on. My first thought was that she had cracked her sump on the track, lost the oil without noticing the light, and the engine had thrown a rod. But no.

I set off in the trusty BX (as this was an opportunity to mention reliability of older vehicles, not to be missed!) with a tow rope in readiness to drag her the 15 or so miles over the mountains back home. But while I was on the way I gave her a ring and asked her to check the spark plugs. Sure enough, one of them was rattling around in its tube, held loosely in place with the HT lead moulding.

It was at this point I remembered I'd had a bit of a 'tool rationalisation programme' from the boot of the car (do I really need a set of spark plug sockets and coil spring compressors in a diesel Citroen - and for that matter a sphere tool is unlikely to be needed at the side of the road...) so was carrying a lighter toolbox than normal. Fortunately a 16 mm deep socket just fitted down the tube and I screwed it back in.

mat_fenwick wrote:But while I was on the way I gave her a ring and asked her to check the spark plugs. Sure enough, one of them was rattling around in its tube, held loosely in place with the HT lead moulding.
.


Where did you find a wife that can do this????

Phew, at least that was an easy fix, might be worth just keeping an eye on that particular one incase there is a serious issue, which if there is, then it'd be a good time to trade in against that diesel clubman

Diesel Clubman - looks bigger than a BX hatch - and probably is!.
Top

Its bigger than a Maxi. Indeed most Minis are more Maxis really if you think about it. Funny the name just does not have that sparkly feel to it though. Mini, the small car that isn't.

Of course the original Minicar was actually made by Laurie Bond out of bits nicked off Blackburn Aircraft and productionised at Sharps Commercials, Preston including cable and bobbin steering. Might come as a bit of shock for true retro BMW Mini light weight Cabrio.

I have Stihl chainsaw and old old strimmer. Neither will start unless the fuel is fresh. Makes it a bit of a bother to mix the right amount of fuel and not get left with some, which the machine will then refuse to burn after a few weeks. However having a handy Fitchal and Sachs engine in a Schmitt I bung it in there as the Sachs will burn pretty much anything including Paraffin if you start on petrol first. A bigger Chainsaw probably has more power than the 200 Sachs! I know Messerschmitts are crap at chopping trees down, even little ones at Christmas.
Miguel - 16 TRS Auto S, light blue, 43k miles - £450
Pluto - 14 E S, White, 105k Miles - in work
Egbert - 19 16v Gti, White, A/C & Leather, - Keeper
Walt - 17 TZD Turbo S, graphite, 70k miles, good op extras - Keeper
Scraper- 17 TZD Turbo E, blue, 208k miles - parts
Homer - 19 TXD E, Red, 189k miles - £250
Gary - 17 TZD Turbo E, 118k miles - in work

Not keen on the looks of the Countryman, just looks wrong to me.

Had to do a little bit of tweaking on the BX exhaust today, as one of the brackets is occasionally catching on the track, which is getting quite rutted now the weather is getting wetter. 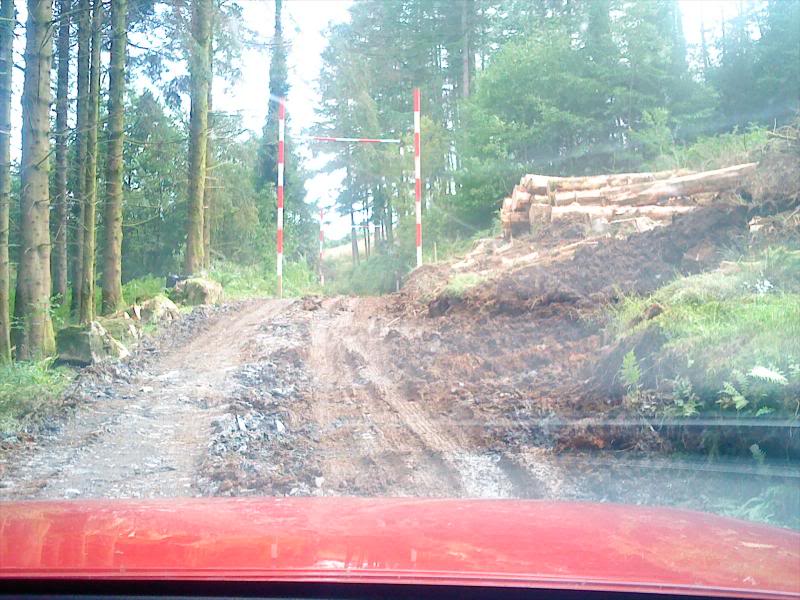 Hopefully by swivelling the U clamp so the screw threads are facing upwards, should give another inch or so which might be enough - either that or I'll have to put it in fully high and bounce up which I don't like doing.