it has no electronic touch buttons, but proper mechanical switches you can feel without looking at them.

That is such an important safety consideration for all controls: having to take eyes off the road for any reason is just a no-no.
1992 BX19 TGD estate 228K Rusty - SORNed
2002 C5 HDi SX estate
Top

All peasant and correct then!.
Top

Thread Bear wrote:French 'peasent' style, but practical vehicles. The Berlingo is into the same market but there do seem to be various mechanical issues with these depending which one it is.

Exactly what I was after. Practical to the point of (cheap feeling) plastics everywhere, right door to the floor covering and door cards. No need to worry about getting the door wet if I'm working outside in the rain. Base spec. with AC and the most powerful (diesel) engine will do me fine!

Blingo was a consideration, but multiplex electrics on the later ones put me off slightly, plus I prefer the way the Kangoo drives. All vehicles will have their faults, but I hope this is trouble free enough for me to spend time on tinkering with cars for the enjoyment, rather than because I need to fix something to get to work the next day. (Not that I've really needed to with the BX, but it would get to that stage). 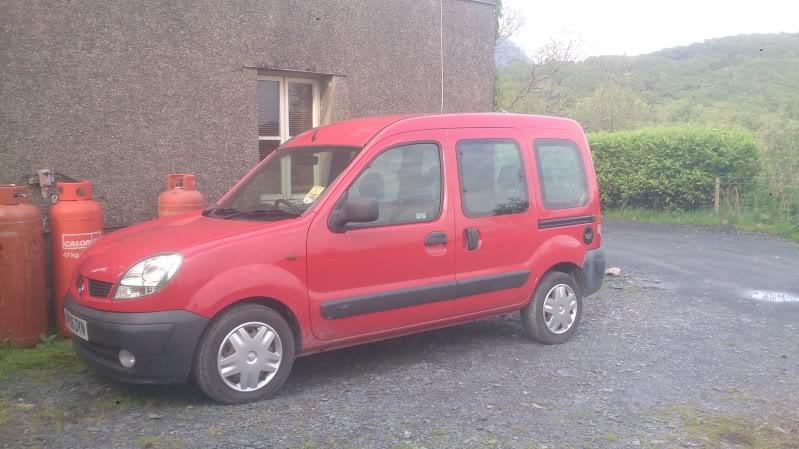 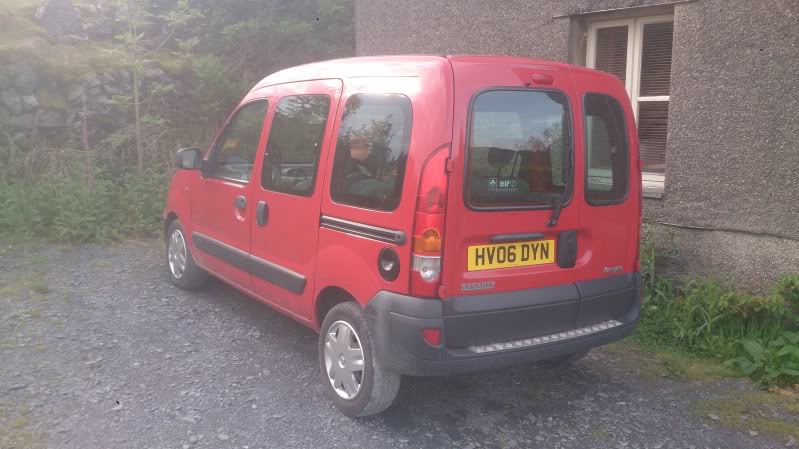 It's a very sensible and practical choice for a working vehicle, Pat. Why would anyone rag you about the colour?

You took the plunge then

, Could have been a very wise decision not to go for the 4x4 version, although I think mine is ace it does have the 1.9 engine to power the 4 wheel drive and therefore will be nowhere near as economical as yours and it is a whopping £260 a year RFL

Someone came to me today to do some work in a Peugeot 1.6 diesel which looked exactly like your Renault. He is very pleased with it as a load carrier.
Still prefer a BX though personally.
The Joy of BX with just one Citroën BX to my name now. Will I sing Bye Bye to my GTI or will it be Till death us do part.
Top

Jaba wrote:Someone came to me today to do some work in a Peugeot 1.6 diesel which looked exactly like your Renault. He is very pleased with it as a load carrier.
Still prefer a BX though personally.

That would be the Peugeot Partner, which is a Citroen Berlingo rebadged. Not related to the Kangoo.

Curiously, the current Kangoo is available both as a Vauxhall and a Mercedes-Benz!
www.classichub.wordpress.com
Top

A Postman Mat mobile !
The Joy of BX with just one Citroën BX to my name now. Will I sing Bye Bye to my GTI or will it be Till death us do part.
Top

These sort of van flavoured Estates seem to be about the most basic but usefull things on the road. As a fan of minimilist motoring I can report that is dead. Small cars now are falling between simplicity nor great use of technology showed by the Kiew class Japanese cars not imported here. They are just complex enough to be bloody useless as a serious form of transport.
I recal selling a bike to fellow who used Pug 806, is it, Fiat Ulysis is the same, with the older engine running in veggie. He was using it as you would/could a Kangoo. Difference was as the Pugs were getting old he was using up dead ones to keep the live one going. Cheap motoring with a van that isn't. Important if you use ferries, toll bridges etc. and a higher speed limit.
My BX has just managed to move a dismantalled Church Pod and donor bike. I wonder how many modern Estate cars could do this. The Kangoo and chums can, but it is really a bigger frontal area and machine than a proper car based Estate. That choice has kind of gone, so the Kangoo reigns as a simple, reasonably priced flexible vehicle. But its not small.
Miguel - 16 TRS Auto S, light blue, 43k miles - £450
Pluto - 14 E S, White, 105k Miles - in work
Egbert - 19 16v Gti, White, A/C & Leather, - Keeper
Walt - 17 TZD Turbo S, graphite, 70k miles, good op extras - Keeper
Scraper- 17 TZD Turbo E, blue, 208k miles - parts
Homer - 19 TXD E, Red, 189k miles - £250
Gary - 17 TZD Turbo E, 118k miles - in work