Oops, missed this, so I guess it's even more overdue now!

I'm not spending much time on the computer any more, so it's often a case of emails, Facebook and a quick check of forums. The BX is still with me, although hasn't been used for a couple of months. I fired it up last night and was saddened to see mould on the steering wheel. ABS light has now started staying illuminated after starting, so I'll need to check that out - at least it should be easier now it's no longer a rare intermittent fault. At least it's still shiny... 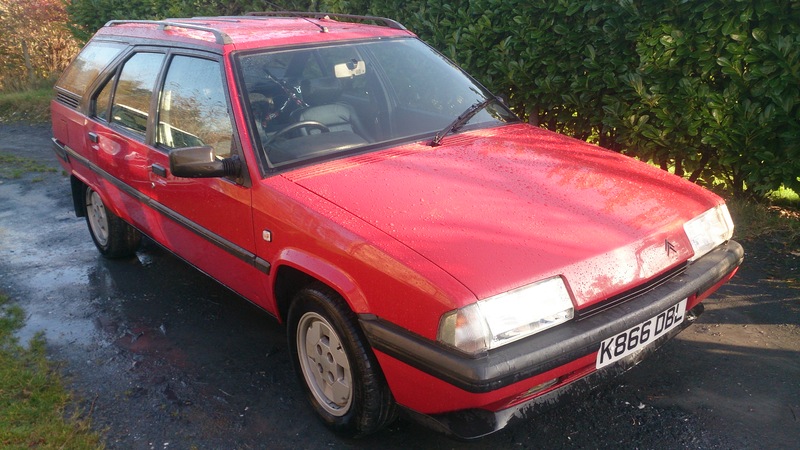 Part of the reason for less internet time is the fact I can no longer check in from work...any kind of social media is blocked, plus mobiles are banned. In my last job, so long as the work was done it didn't matter what I did whilst waiting for things to happen - now it's a lot more focussed.

I've also been getting into trail/fell running and road cycling, previously only having owned a mountain bike. I managed to climb Mont Ventoux in the summer, which was epic!

The Stellar is just about finished, well, as much as a project car ever will be! I need to improve the suspension by looking at the damping rates as it seems underdamped at the front. Here are a few photos of it in progress 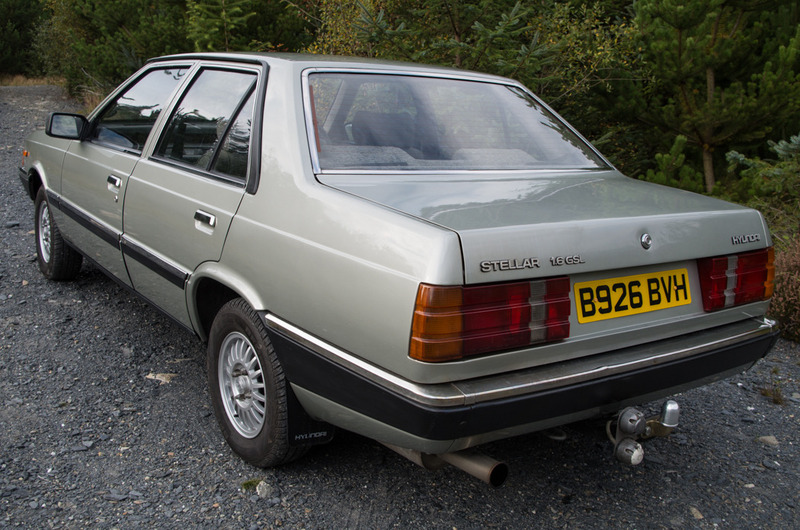 What else have I been up to? Oh yes, I had a problem with water loss on the van, which ended up with me buying a new head!

I think that the loss was the HG, but it turned out that the exhaust vales were slightly bent, the guides had a bit of wear and it needed a skim to clean it up so by the time that's all been done and leak tested (they are known for cracking) it wasn't *too* much more to get a new one. Man maths in action! Back running nicely now

STILL not sorted the ABS light, but I've put on a rebuilt ignition switch, so I can keep the same key all round. This evening I've re-coded a PLIP receiver to match my existing fob - an unnoticed water leak had corroded one of the pins on the original PCB.

I'm planning to get it back on the road this summer, as I'm missing it far too much! And with being able to car share into work, I can spare it from the salt on the roads (they're still gritting around here!)

ABS light is going to be the tricky one I think...gut feeling says it's not a sensor as the light is slightly dimmer (from memory) than when a sensor has previously been at fault. Pretty sure I do have a spare front if needed but no rears.

The ABS fault as been cleared (for now at least) by simply unplugging and reconnecting the ECU! So fingers crossed tat it's someting so simple...

Should be taking it for an MOT in the next couple of weeks, in time for the National

Yay!
I have zero patience for your tedium.
Top

Done about 60 miles and no ABS light as yet...considering it was permanently on before I'd say that was a result!

MOT tomorrow, although I know it should fail on the exhaust which is starting to blow. I have a new one on the way but a day too late for the test!

Can't you just smear some putty on it or a bandage? Even if you get away with an advisory it's better than a fail.

Well, it failed on the exhaust (now fitted), a side repeater bulb (now sorted) and a leak from the pressure regulator. This I hadn't seen as it's not on hard standing, and is a steady drip so they're not being picky. Re-con one for just over £100, unless it os a simple job to do at home?

Bad luck Mat. Not wishing to gloat but I have never had any of my BXs fail (yet) - a result I suppose of a lot of over preparation.
Anyway if the PR is leaking it depends where its from if its an easy fix or not. I have never attempted a repair but I have a leaking one from the LH end and it looks like an easy job to fit a new o-ring there. They also leak at the underside from above the return pipe connecting bowl and there again its just an o-ring there too.
I have the part nos and sizes of both should you need them.
The Joy of BX with just one Citroën BX to my name now. Will I sing Bye Bye to my GTI or will it be Till death us do part.
Top

Thanks John, but Jay has kindly (and quickly!) sent me a good spare, so I've popped that on and will investigate refurbishing the old at leisure. I've found a guide on how to, and it doesn't look too tricky...

After the MOT pass I turned my attention to the central locking. A water leak had caused corrosion to the original receiver, and my spare also didn't work so I just bought a cheap universal one from eBay, and wired it in under the central console. I'd always been put off by the look of the fobs, but managed to adapt some decent looking ones to accept the BX key blade: 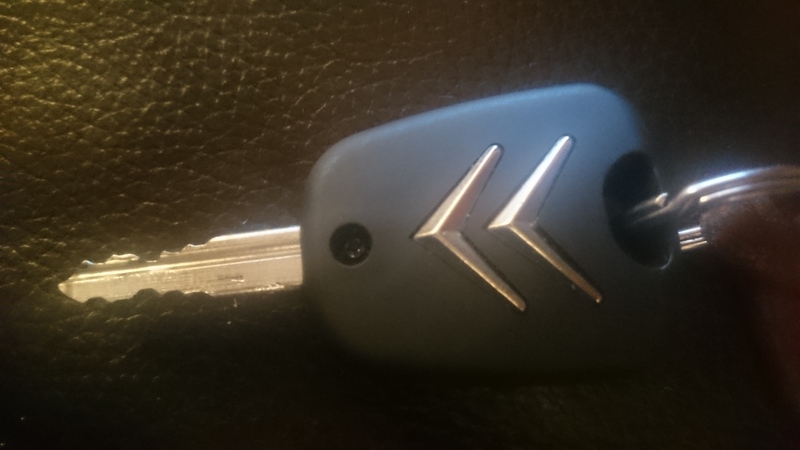 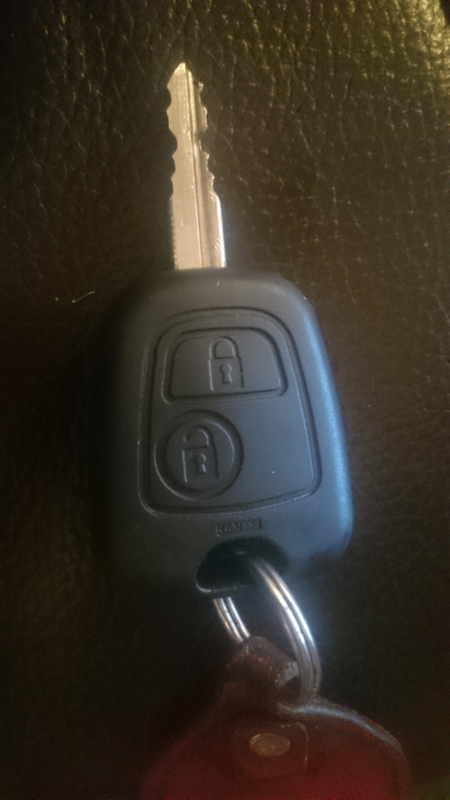 Increased range is handy, as is the fact you don't need to point the fob any more.

Not too bad, the fob was obviously designed to accept a key of some sort (I think it was originally for a more modern Cit). So I just cut the BX key off at the 'head', then filed it until it fitted the slot on the fob. Slid it in, then drilled it for the fob case securing screw.

New door seals needed now though; I've got an annoying drip on my knee in rain, which happens every now and again in Wales!