toddao wrote:if you do have any problems I suggest you switch that big grey button to 'ON'

Nope, no problems with the install! The thing that goes against the regs slightly is me using the black core of the brown/black/grey cable as the neutral, whereas the recommendation (not mandatory) is to use the black as the earth. Seems bizarre to me when the old colours used black as neutral...
Oh, and re the wine - size isn't everything (especially on a February night in a tent!) I was actually pretty warm in the night, but getting out of the sleeping bag and putting icy cold clothes on was an 'experience'. Still had frost on the tent when I unpacked it at home...

If only Barrymore had known they did them in a 'snug' size...

Now where did I leave my coat..?
Top

Is it really 2 months since the last update? Time flies when you're having fun, or so I hear at least.
Managed to sort the rough running on the BX after a cold start, with advice from BX Bandit. The Xantia engine has 'afterglow' type glow plus which are designed to stay on after a cold start - the BX ones will go out as soon as the starter is operated. As I was using the BX glow plug relay the plugs in the replacement engine were turning off straight away, which is not a problem on the old engine as the BX pump advances the timing when cold. The Xantia pump doesn't, and instead relies on the afterglow to keep the engine running smoothly. Fitted a Xantia relay, and perfect starting!

I've also been doing some tree felling, we want to plant a few more broad leafed trees to replace the ageing pine trees planted by the Forestry Commission when they owned the place. We've had several blow down so now is the time I think. It'll be a while before it looks good with new trees but hopefully be worth it. 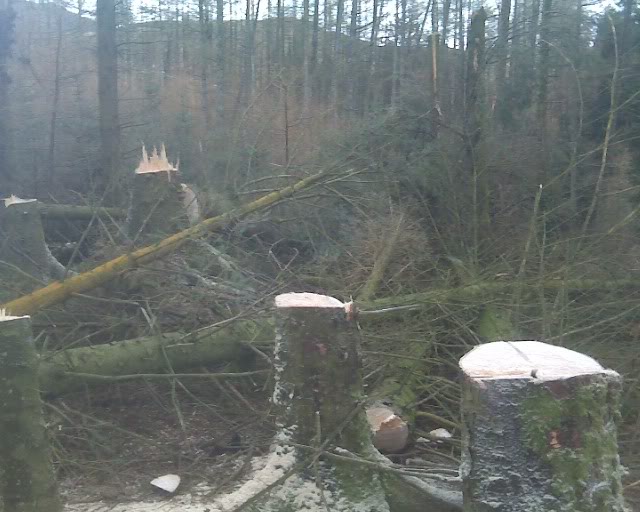 Unfortunately one starting leaning the wrong way, and sort of fell onto the caravan we are using as a log store... 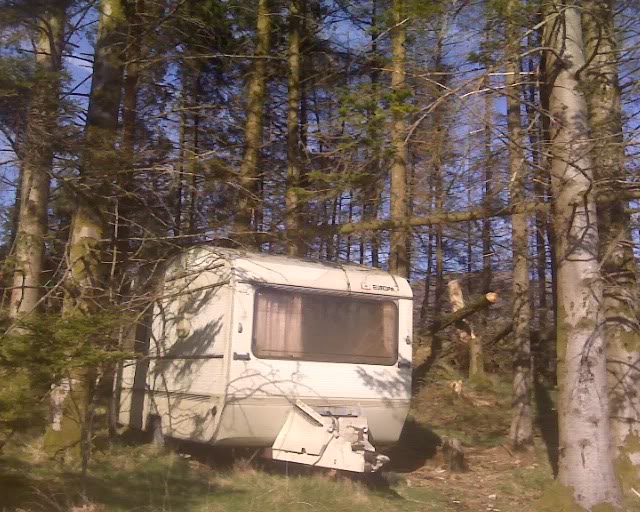 No damage done, but a reminder that it's not as easy as it looked on Axemen!

We've now got a dog, who is taking a bit of time to train, but it's all worth it. He's so friendly and good natured. 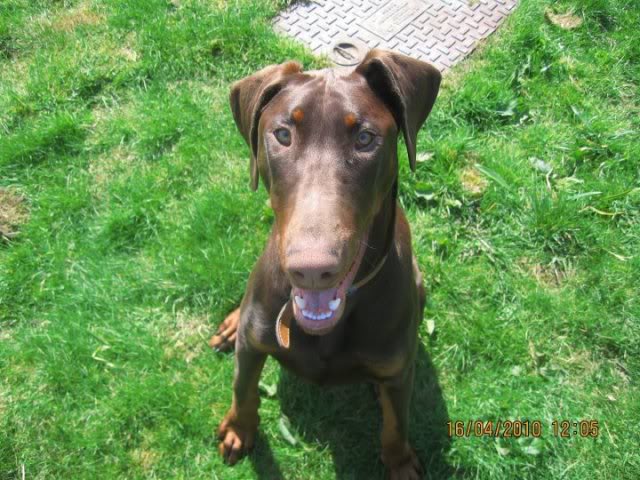 I've also been re-laying the floor in the van - it will be more practical to have the most used area in laminate, and we have some nice carpet left over from our previous house to do the rest in. That will replace the existing carpet that suffered whilst using it to carry building supplies.

What else have I been up to? Well, I've finished a job (which is a miracle in itself) that I started about 2 years ago, putting some steps into the lower part of our garden. All the bits of slate were found nearby, and the advantage of living where we do is that slate chippings are £3.50 per ton, so the whole job cost less than £20! Lots of blood and sweat though. 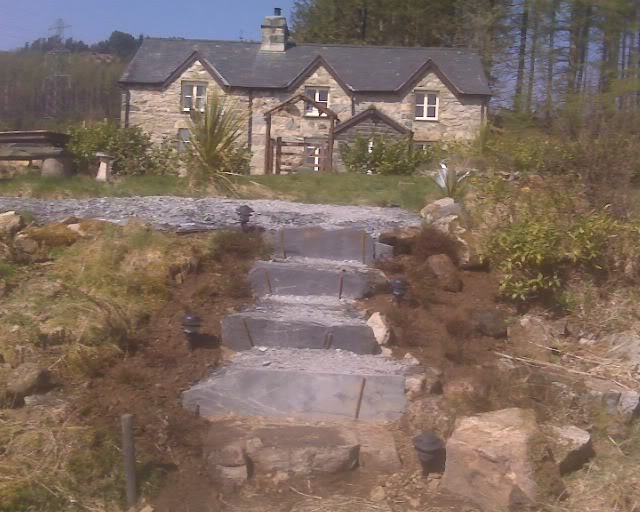 Lastly, I noticed that the towing sockets on the BX looked a bit crusty, although the trailer lights still worked (dimly). After taking them off I found they looked a good deal less shiny than when I fitted them 6 years ago! 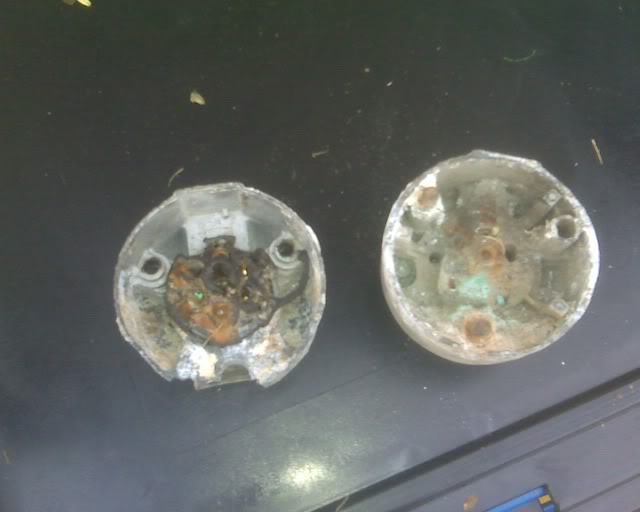 Looks like a combination of galvanic corrosion between the brass terminals and the aluminium bodies, coupled with the electrolytic corrosion from the fact the terminals are live has not done the bodies any favours. I had a spare (plastic!) set which went on fairly smoothly and all is sorted now.

The BX is going back on the road next weekend, Lana is taking the dog to work with her so she has pinched the Discovery - as a result I have to squeeze into her Megane! Not my favourite car although considering it's a 2 litre 16v petrol I've been averaging nearly 40mpg on mountain roads which is quite impressive.

mat_fenwick wrote: We've now got a dog, who is taking a bit of time to train, but it's all worth it. He's so friendly and good natured.

Thanks. He's actually a Doberman, although I've never seen one other than the usual black and brown colouring. I am assured by she who knows more about these things that it is a 'proper' colour...
You will hopefully get to see him soon anyway!

I've never seen one that colour either, but I can't claim to be an authority on the subject... Looking forward to meeting him!
"Boring damned people. All over the earth. Propagating more boring damned people. What a horror show. The earth swarmed with them." -Charles Bukowski
Top

Talking of lessons learnt, from another thread; perhaps the lesson from this is to never lend the keys to your wife' car to anyone after they've had a few drinks. 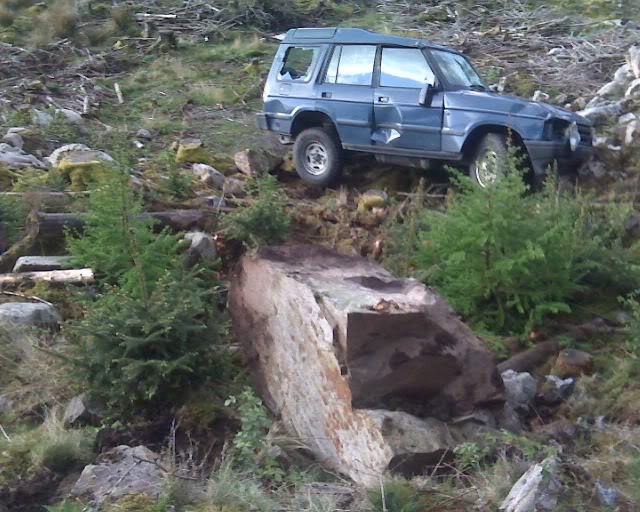 In fairness to the guy he has been a complete gentleman about it so I don't want a word said against him.

Crikey - though it's had not to say something against someone who drinks and then drives.
www.classichub.wordpress.com
Top

It's not as bad as it sounds (the drinking and driving) - it was just a short trip up the gravel track behind our house. I was in the car at the time and he had my permission (he didn't seem

otherwise I may have thought twice).
Lesson 2 would be to always wear a seat belt - I wasn't. After being rattled around as it rolled I decided I wasn't enjoying the experience and made my exit though the (now smashed) passenger window. Fortunately it stopped rolling before I was crushed...
Regarding the welding, well I think it will still need doing. Fingers crossed te plan is to repair rather than replace. Reason being that what we could get is unlikely to have been as well looked after, and I've spent a lot of time and money on it so wouldn't want that to go to waste. Most if not all the panels are bolt on (including I think the roof) and there is no sign at the moment of chassis damage. We'll know more tomorrow when the crane arrives to lift it out, but we've identified a few donor vehicles.

Jeepers. You were lucky then!
www.classichub.wordpress.com
Top

Shit happens! Trying to get out of a vehicle that's rolling or about to roll is usually the worst thing to do, but staying put is totally counter intuitive. Grab a hold and don't let go!

How did he manage to roll it Mat?

I know what you're saying about the drink driving too. I used to live miles up a forestry commission track and it was occasionally unavoidable, and not the same as driving on public roads.

I once hit a bullock at sixty in a Range Rover, it was lying on the track and I mistook it for a puddle!. The car took off and spun 360 Deg. in the air. The worst part was having to go and tell the farmer and then go back with him in the middle of the night to pull the poor bloody thing into a trailer with the rest of the herd standing around us in a semi-circle baying for our blood. It certainly made for an interesting insurance claim.
Top
Messages: 1938