Dollywobbler wrote:Phase 2 of this upgrade could also include one of those fancy dimmer switches. How posh would you feel then?

Ooo s'cuse me while I play the peearno! Dimmer switches would be to BX interior lighting what Ferraro Rocher is to chocolate. Welcome to the ambassadors party!

I've now done all three front window switches, and although I might consider doing a few normal ones for mates, the one touch switch was a right bugger. Didn't help that the Haynes manual wiring diagram is wrong, so I had to redo it. Plus it needed a separate supply and earth wire, as I couldn't just wire it into the switch like wit the normal ones. Looks good now though, but struggling to capture it on camera.

And in non BX related news I've been working on the downstairs bathroom. It backs onto the hillside, and is constantly damp. After chiselling off the layers of plaster and render I think I can see why! Water is seeping through all the joints in the stonework, obviously no DPC in the days it was built.

And part of the beam that supports the roof (several tons of slate slabs) is rotten, so I have to figure out a way of safely splicing in a new section of beam without:
a) the roof collapsing
b) disturbing the good timber, as if I take it all out the whole roof will have to come down. 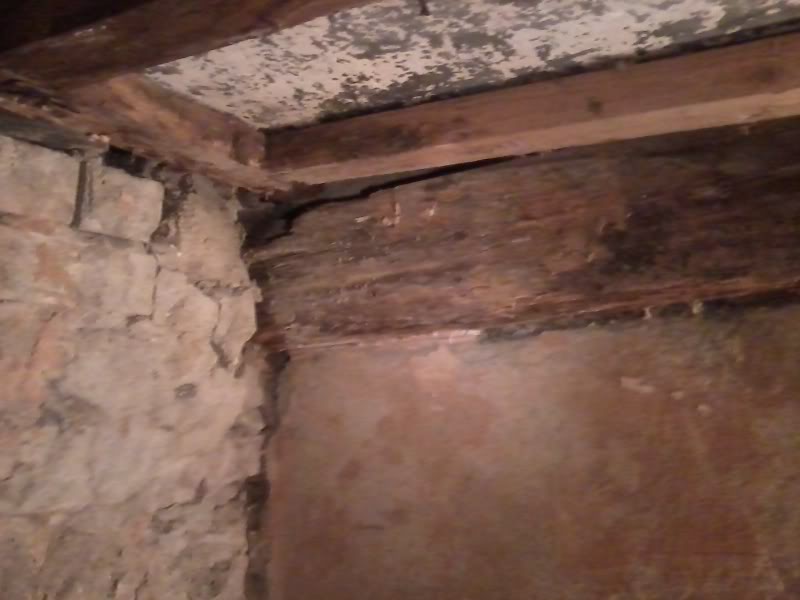 Or give it a few weeks, there's bound to be a call for participants for the next XTreem Bathroom makeover reality TV show.
Diagonally parked in a parallel universe
1991 TZD hatch (Triton Green)
1992 Hurricane
Top

That looks like great fun. And I thought I had it bad with the neighbour upstairs (no one has any idea who or what he is!), who seems to have decided it would be a good idea to have some kind of leak in to our bathroom. Please let it be clean water, please!

Hmmm. Not much change on the DIY front (apart from planning) but I did see this at the weekend.

Cholmondeley by any chance?
Top

Yeah...don't tell me you were there too? Very wet but a good day out.

That looks like Brutus. I imagine it sounds " well "!
Mark Smith

Correct! 46.5 litre V12, which emitted quite a pleasing sound. Chatted a bit to the two guys (Germans) running it, and they appeared quite unconcerned about a water leak literally spurting out of one of the cylinders. The car is from a museum in Sinsheim, which looks to be about 2 hours north of Todd.

Thought I'd better bring this up to date slightly - BX has been plodding on reliably, clocking up another 2k miles or so since returning from France. Needs a service, and a faint clonk from the front end looking at, but nothing serious.

) I've been mainly dodging the rain and doing a few tinkering jobs on the van. Finished off the gas system, as detailed here, and fitted a new radio/DVD player (eBay bargain), and finally wired up the oil pressure gauge I fitted two years ago! 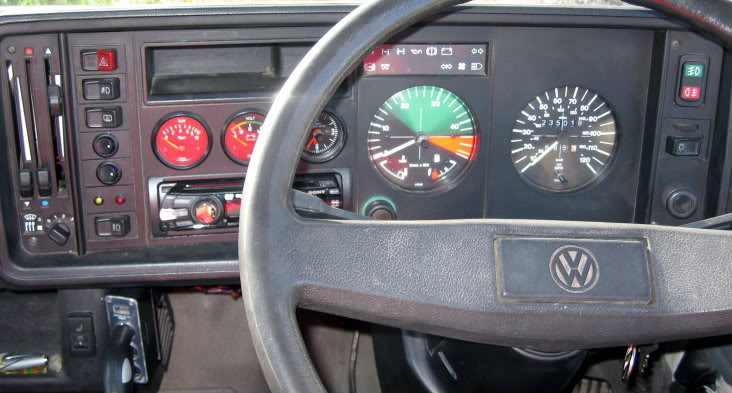 The radio was found completely by chance, but ticked all the boxes as I wanted something without a flip down front (an extra operation just to load a CD), a large volume knob, a front aux input and from a known name to ensure spares support in years to come. A shame it has (bright) blue illumination but I guess it looks 'cool' to some people...

Had a really good night last week when a friend (who I'd met via Facebook) came over from Australia, and as part of their UK tour stopped off in Wales to meet up with us. Spent the night on a nearby beach with them and their hired campervan, together with the obligatory camp fire. 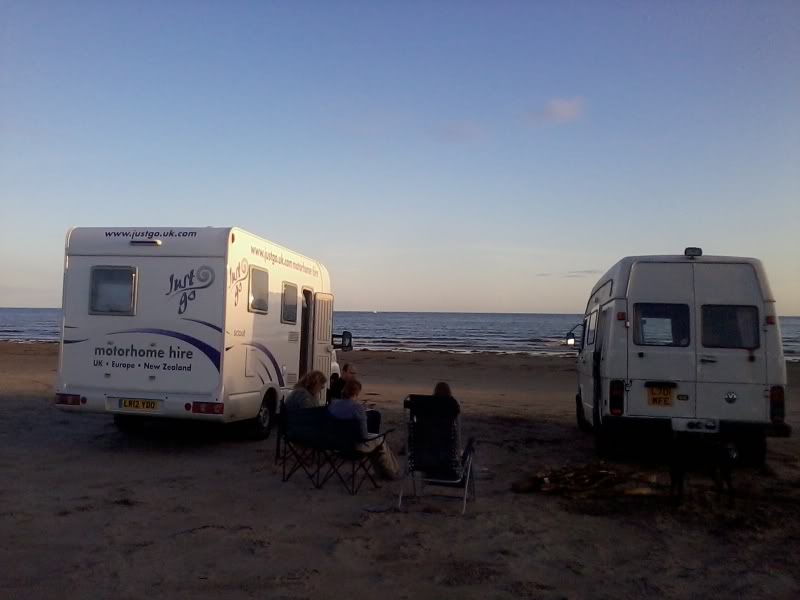 In the past week I've met up with two other friends from Uni (one who's also living in Oz right now) who I haven't seen for over a year, so has been fun to reminisce. Hasn't left much time for DIY though!

Today I was checking the van over for the MOT next month, and noticed one of the brake pipes looking a bit crusty so will put in a length of copper. Would have done it today, except I've twice recently helped others out replacing pipes, and don't have any joiners left, and only just enough pipe. Must restock on Monday - I'd dreading to find out what the price of copper pipe is now as it's taken me a good 5 or 6 years to go through 25m.

Visited England at the weekend (over near Chester way) which was nice to get a break from the rain. I popped in to Halfords to buy a recycling sandblasting gun, after first checking stock levels and reserving it (Chester was the nearest store which had it in stock).

On getting there I found out that the item they stocked was nothing like the one on the website - it was just a standard gun with no facility for recycling the blast media, although it was the same product code

It was not even by the same manufacturer, being made by Gaz who I'd never heard of. The other 2 they had in stock were the same. I was not too happy so I left a review to warn other potential customers:

I wrote:Be warned - the item stocked in the shops is NOT the same item as on the website. The website shows a gun with 3 nozzles which recycles the sand but the item in the store is a simple gun with only 1 nozzle and no recycling. Imagine my joy on finding this out after a 140 mile round trip to my nearest store with it in stock!

(Fortunately I tied in the trip with something else otherwise I'd have been REALLY pissed off!)

I got the following response today:

Halfords wrote:Unfortunately, we were unable to post your review on the site because it did not fully meet our submission guidelines and contained one of the following: The content you submitted mentions a documented competitor.

So Halfords are essentially censoring any negative reviews.

I will try and take it a bit further, but I've also got this problem to deal with: 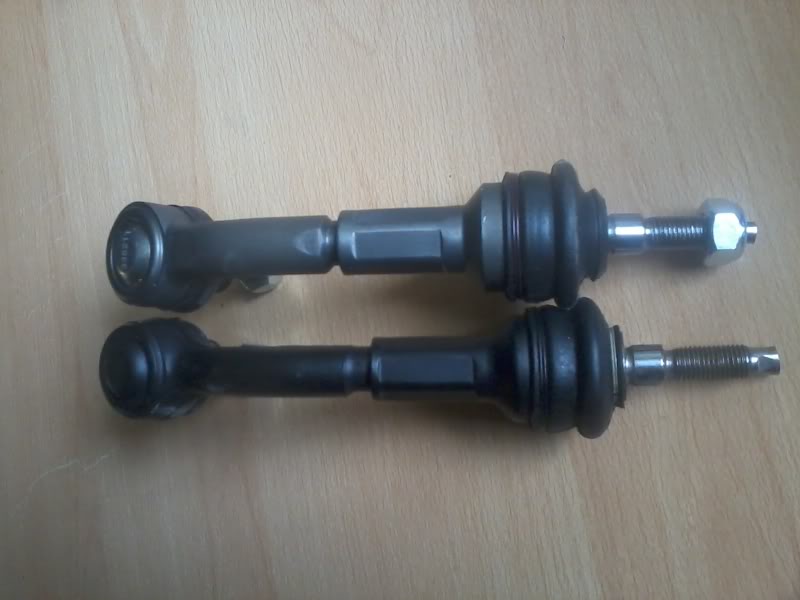 Ordered from AEP a couple of days ago, who I notice have since removed the claim that they are OEM or original vehicle manufacturer parts (and put the price up). They did phone on Monday to say they only had one in stock and could I wait until Wednesday for both of them, and did point out they would be different makes. I assumed that they would at least be identical in dimensions!

I've stopped ordering from AEP direct. You order and pay for a part, only for them to email the following day to say the part isn't in stock. Surely it's not beyond the wit of man (or woman ) to inform you the part isn't available when you initially try to order it. They effectively have your money for say 15 or so hours and are gaining interest on this money. Conspiracy theory!!
I now order from my local motor factor. Always get OEM parts ie Bosch, Ducellier etc.
Mark Smith