Aye, it'll be handy for collecting wood and suchlike. I'm quite proud of my castor idea, as I was only 13 at the time and it meant we could take the trailer down the garden path and store it in the shed. Stability is not too great in the upright position though...

on the subject of firewood, I'm glad I got reasonable store built up earlier in the year. It's still less than I'd like, but can you believe that the longest spell we've had without rain since May has been a single 3 day period at the begining of September? And only 20 dry days in all since then! It's just not long enough to collect any dry wood, so may have to resort to coal this winter. 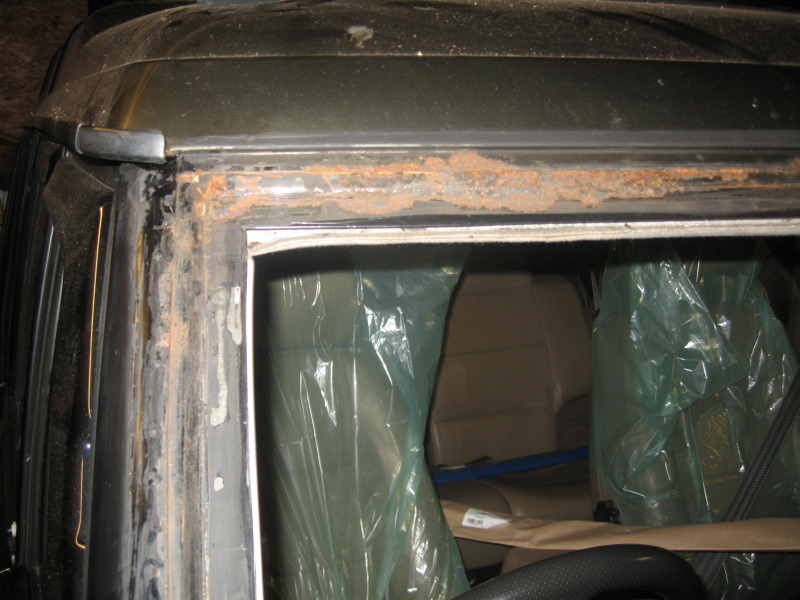 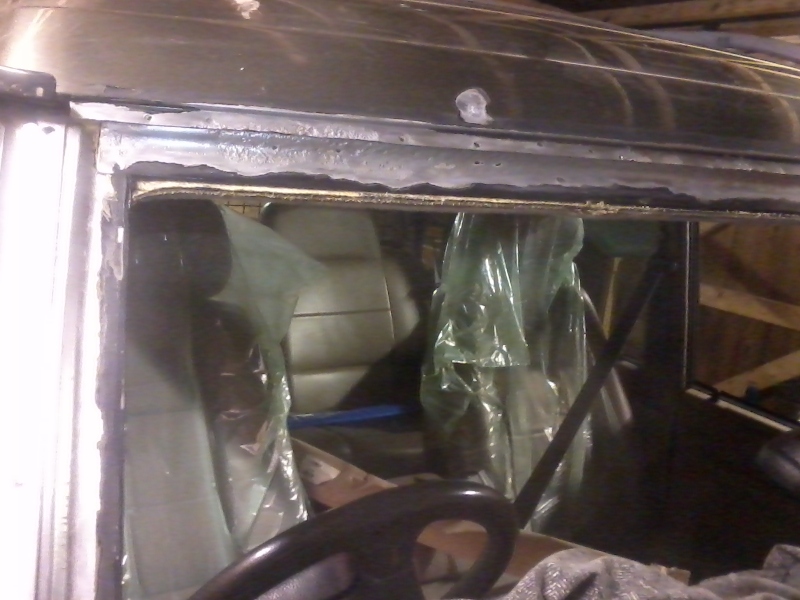 with minimal wire brushing. OK, so the overall process takes longer, but in terms of actual time spent on it it's a big saving. You really do need to follow the instructions to the letter, but it does work well.

The silver BX was collected this morning, and the buyer seemed very happy with it! Let's hope it serves him well. He wasn't a forum member, and TBH seemed of a generation that was not overly familiar with the internet, so I doubt he'll be joining up but you never know.

Seems to get earlier each year!

Anyone on here bought the silver one Mat?
Mark Smith

/\ I assume you meant to post that on my blog, and not Mike's, so I moved it!

He wasn't from the forum, although there were a few eBay names I recognised bidding on it. The night before the collection was fairly eventful - as he had to drive back to Leeds in it, and I'd only driven a few miles to the MOT station in it since the work/lay up I thought it fair to take it out for a proper test run, so that if anything fell off or needed tightening I could fix it.

The first indication that it was going to be a long night was when I realised the clutch slip wasn't down to adjustment (fair enough, I should have checked it earlier!) The guy who owns my local motor factors lives above the shop, and I have his mobile number, but they didn't have a BX clutch in stock. The buyer had already arrived in Wales and was staying at a hotel, so I resigned myself to knocking £300 off the price.

I then noticed a slight clonk from the front suspension which I could have sworn wasn't there before. I traced that to the drop link that I didn't change (I previously changed the oldish looking one with play, but left in the newer looking one which had no apparent play). I had a reasonable used one in the workshop, so I set about fitting that.

I took a bit of a shortcut and left the wheel in place which backfired big style, as when I turned the steering wheel to get better access, I forgot that I left the 16mm spanner on the top nut. A loud hissing reminded me, as my spanner made a large hole in the sidewall of the brand new tyre. This caused me to shout and swear rather loudly, and I may have even stamped my foot in frustration. Anyway, I took the wheel off, fitted the droplink, put the 'new' one on and went for a test drive in the faint hope that the clutch slip might be down to contamination. The clonk had gone away which was a good start, and gradually after about 20 miles so did the slip

I then noticed a stranded cyclist on the moors, in an area with no mobile reception, and no houses for several miles. I couldn't fix his bike with the handful of tools I had with me, so gave him and his bike a lift home (probably about 3 hours walk for him). After I'd dropped him off he gave me a large bottle of whisky

Had to take the morning off work to buy a new tyre, and told the buyer I'd give him a ring once I had sorted it, as there was no point in him coming while I was out. When I was at the tyre place I got a call to say he'd followed the sat nav, and couldn't find the house

So he had to wait around for an hour or so until I got back!

Ha ha, oh dear, what a night. Good work. You did get a bottle of whisky out of it though, could have been worse! (Actually, what kind of whisky was it?

Any single malt is good enough in my books.

I agree to an extent. But the bottle of Sainsburys basics blend I took to a party was pretty interesting tasting.

A stranded cyclist on the moors! Mat living in Wales you should know to keep off the moors! You don't have a pub nearby called the 'Slaughtered Lamb' do you?

You city folk are all wimps! Nothing wrong with going out onto the moors. Although for those who've never heard a sheep cough, it sounds just like a man. When we first moved up here I was alone one night, when I heard a nearby cough. It scared the living daylights out of me!

Whisky was sadly only a blend (The Jacobite) but hey, free is free! 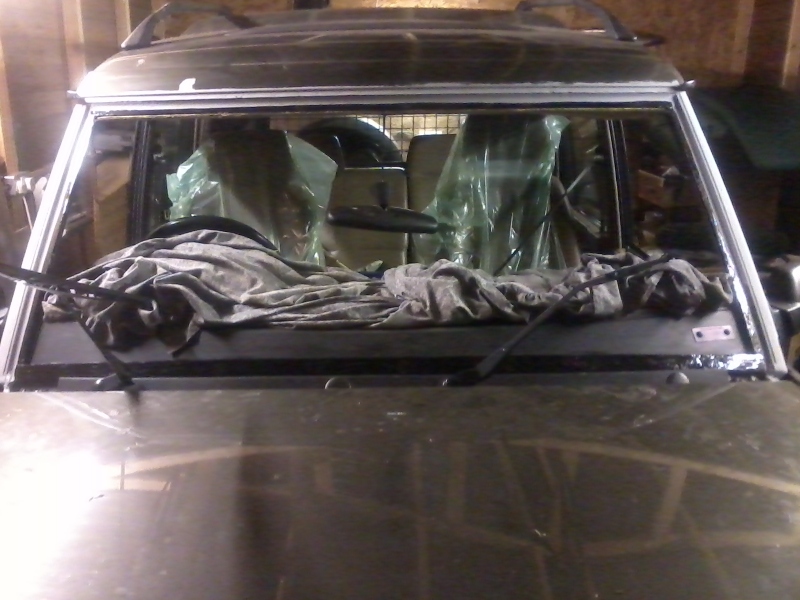 I've also been working on the interior of the van - the ceiling looked a bit of a mess after the white coated hardboard got damp and started sagging.

A few planks of thin tongue and grooved timber was the cheap and easy answer. You can see where the hardboard is sagging around the screws, and also between roof members.

Starting to look a little like a sauna, so may give the wood a coat of paint.

LED strips around the edges, wired up via a 3 way rocker switch to the original door switches, so I can have them on all the time, off all the time or on when the doors are opened. Saves you reaching for a light switch in the dark. They're supposed to be warm white, but still a little cool for me - I may get some warmer ones.

Had a little bit of LED strip left over so decided to tuck it under the aluminium edging by the sliding door step.
It's also triggered by the original door switches, so hopefully no more tripping over the step!

LED lighting is still pretty cold stuff. We've got 'warm' bulbs in the kitchen but they're horribly cold!

Any idea when the Disco will get its windscreen back? Just looked at the long range weather forecast. A reasonable weekend, then a week of more rain! Hoo-bloody-ray. I'm not driving the TXD any more until I get the suspension sorted...
www.classichub.wordpress.com
Top

Dollywobbler wrote:LED lighting is still pretty cold stuff. We've got 'warm' bulbs in the kitchen but they're horribly cold!

It doesn't have to be though, for example I have an old torch which originally came with green LEDs as a 'low beam' (it was made before white ones were commonplace), which I've since replaced with warm white ones, bought from a reputable supplier.

The colour temperature of those are 3400K, which compares well with around 3000K for a normal filament bulb. Fluorescent tubes are typically 5000k, and most 'white' LEDs are 6000K. The ones I bought from eBay for the van were supposedly 3000-3500K, but are clearly not (I'm guessing 4000K), but at £7 for 5m it's hardly worth complaining, especially since I've cut them to length and put them up. They aren't as bad as the photo suggests, but just a little on the cool side.


Dollywobbler wrote:Any idea when the Disco will get its windscreen back? Just looked at the long range weather forecast. A reasonable weekend, then a week of more rain! Hoo-bloody-ray. I'm not driving the TXD any more until I get the suspension sorted...

I'm still waiting for a decent long range forecast - all I need to do is put a topcoat on, which I'll do over the next few days.

EDIT - Hmmm, maybe I do sound a bit sad going on about colour temperatures and suchlike. And I haven't even mentioned CRI! But cool lights really do bug me.