A place for us to show off our cars in all their glory. Please keep picture sizes to about 800x600 pixels.
Messages: 55

Not a big Xantia fan, but a diesel Activa estate I'd go for!


The 1600 GTI is a far revvier engine that the 1900 GTI engine too which seems a little dull by comparison.

This is common with smaller engine variants, due to the smaller stroke / pistons / both enabling it to rev higher. my H van horsebox had a 1600 engine and was much heavier than a standard van, but as the engine would rev better than the 1911 it was capable of a higher cruising speed, at least on the flat. Hills were a different story mind

The Activa looks great, it would show the 16v a clean pair of brake lights but just doesn't seem like it's trying at the time they are stunning cars refined, very fast, very underrated

Whilst I am a great fan of the Activa I think an Activa would have to be on a particular type of road with fast open corners to show the 16v a clean pair of heels and even then the 16v if driven properly ie revved has such a gutsy motor - if you're wanting to exploit its performance on the public road second and third gear are all you need... And it has a lot more traction than the Activa in really tight corners. But the Activa is far more refined and makes a wonderful multipurpose car equally at home on the twisty nadgery or motorway, just a shame about its fuel consumption.

However my 16v is now much improved on the motorway by changing its fifth gear for a Turbo D one; this reduces revs at 70/80mph by about 500 which has more effect than you would think. As a result you do end up dropping it down into fourth quite a bit more often when you want some urge. 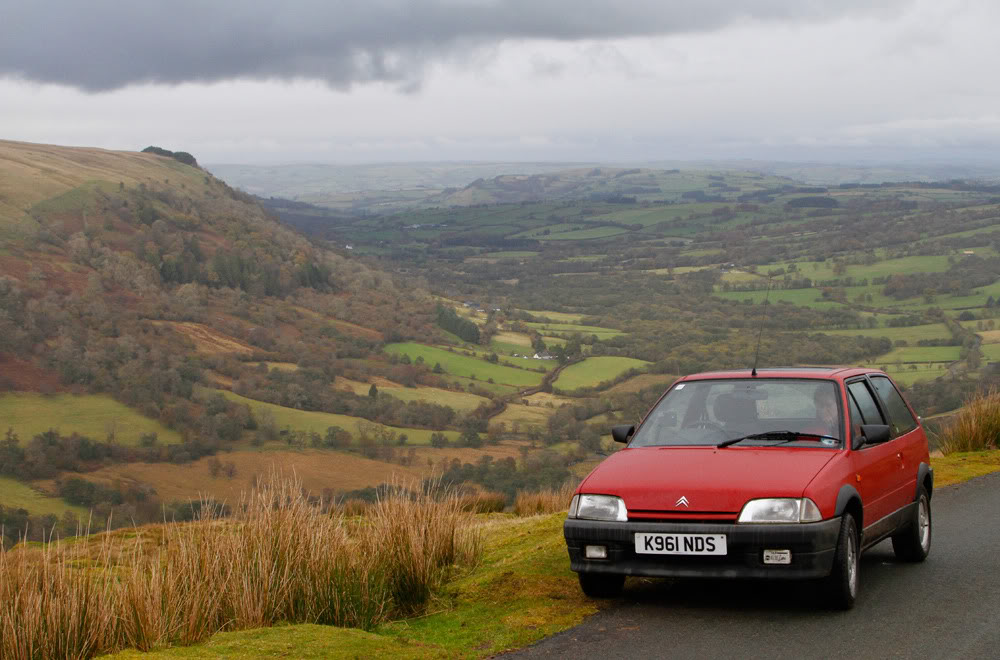 Today we took the AX GTI for a short run to do the Supermarket run but by way of this road… Its a superb piece of road with two tight steep hairpin bends which reminded me of the numerous ones on the Col du Pontis back in May. But the TU3 engine in the AX GTI is no match for the 16V or the 1600 GTI unit in the Visa. Both are far more willing, responsive and inspiring powerplants. The 16v in particular begs to rev and rev and rev… The 1600 GTI is a far revvier engine that the 1900 GTI engine too which seems a little dull by comparison.

What you want in that my friend is a TU5J4. BX 16v performance with ease

I love AXs. Had one GTI and four GTs. The GT is much more fun, but ultimately not as good. It's probably livelier at lower speeds, but it wallows and rolls unlike the GTi. The brakes aren't as good as the GTi either. But it's more fun overall.

hilarystone wrote: So how about a Welsh weekend maybe three days sometime next year?

Just have to toot

The 16V and the CX Ambulance are the two cars I use the most and they both do lots of miles throughout the year… Today we have completed part one of preparing the 16V for the winter – fitting a set of Vredestein Snowtrac 3 winter tyres. With living in Wales full time now I want to be able to keep driving most of the time and temperatures and conditions here are a bit more extreme than when living in Bristol. Andrew Weston found some suitably scruffy steel wheels and today our local mobile tyre fitter came over and mounted the tyres.

The second part of the 16V preparation wil be giving it some extra rust protection – Andrew Weston will be doing this job in the near future once I've made up my mind which rustproofer to use.

And this afternoon the weather seemed to have eased up a bit so we went out for a drive over the mountain, the B4560 to Llangynidr which I like so much and then onto a tiny byroad the other side of the Usk valley which showed signs of the heavy rain of the last few days. 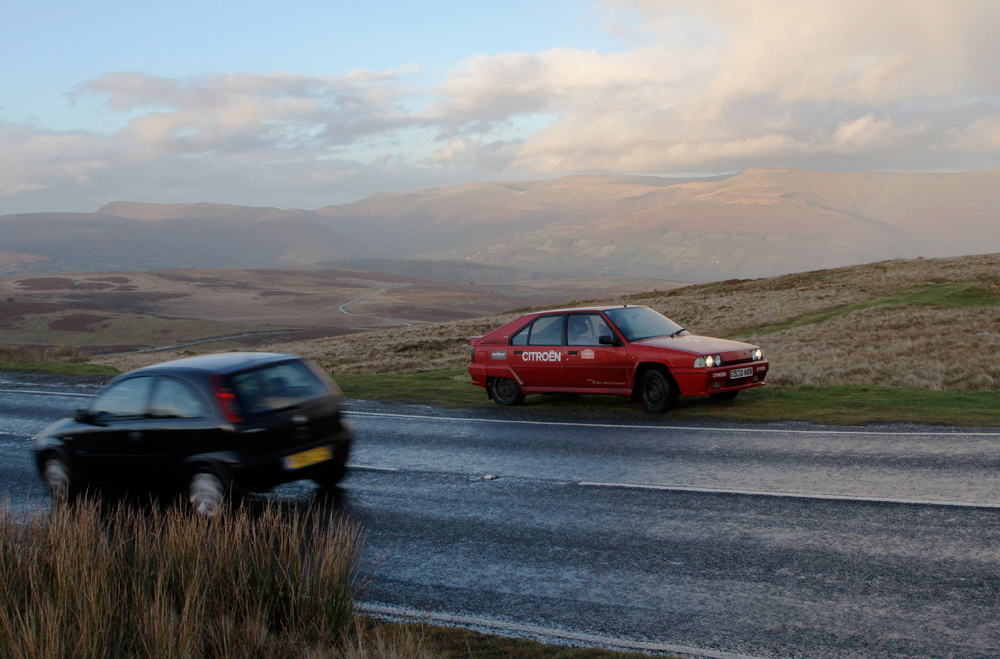 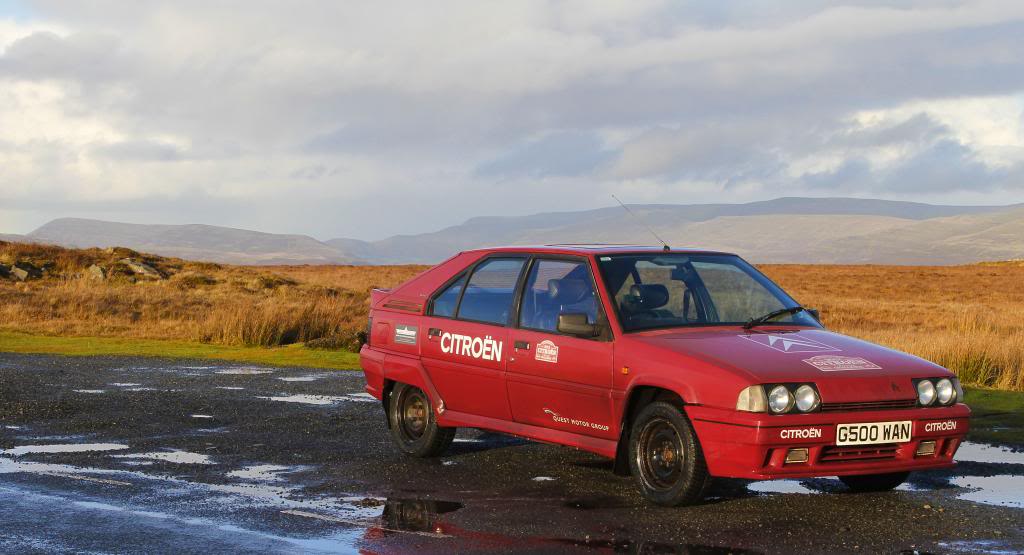 The basic steel wheels without trims look suitably brutalist to me. And the tyres are beginning to run in nicely – I find it takes a hundred or so miles before new tyres really begin to work properly.
Hilary Stone

Does look mean. I'm intrigued to see how my BX copes on winter tyres this season. I'm already impressed with the grip in wet weather - which is good as it's going to be horrific tomorrow and I've got to get to Kent.
www.classichub.wordpress.com
Top

Great looking 16v that Hilary , I do like it . I've just rustproofed my Zx16v with some bilt hamber products but that doesn't really get used much in the winter .

A new addition to the fleet brought back from France this weekend with much help from KevR – many thanks Kev. More pics soon!

SPORT alert SPORT alert! Aww Hilary, we'll all be your best friend now - that is LOVELY!

Fantastic car Hilary, that would look good at the NEC 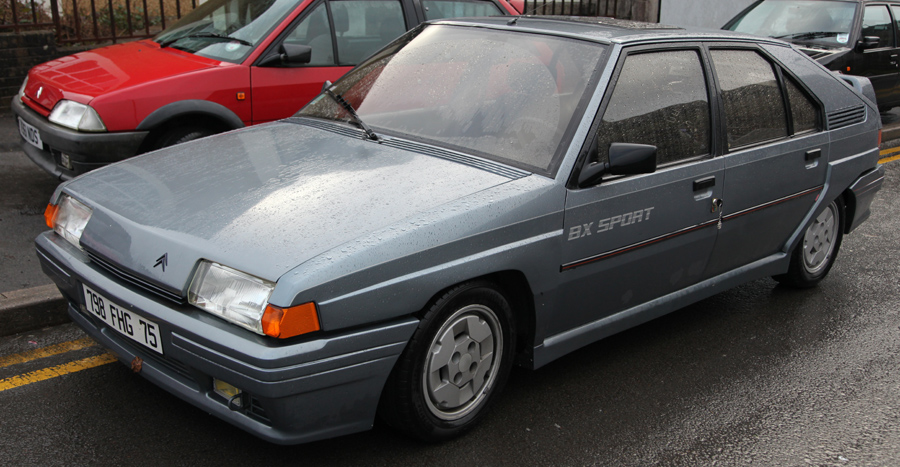 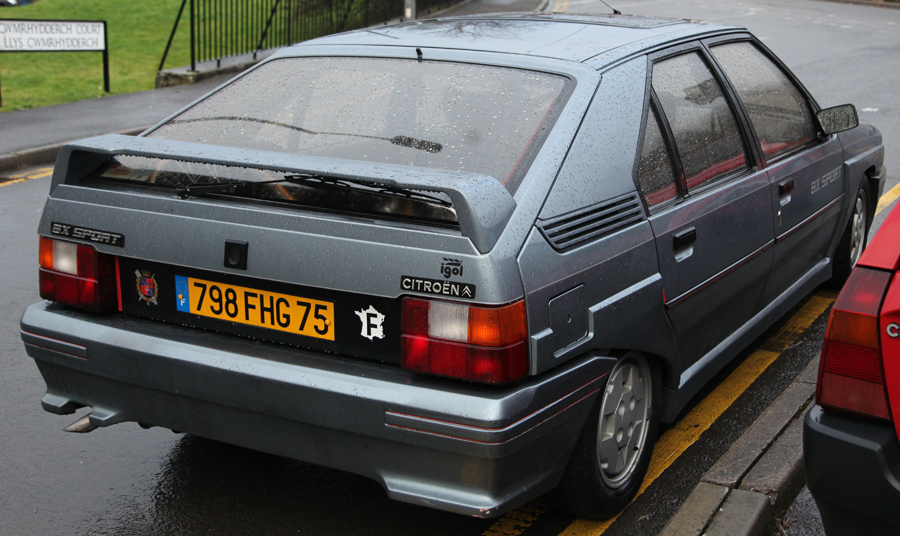 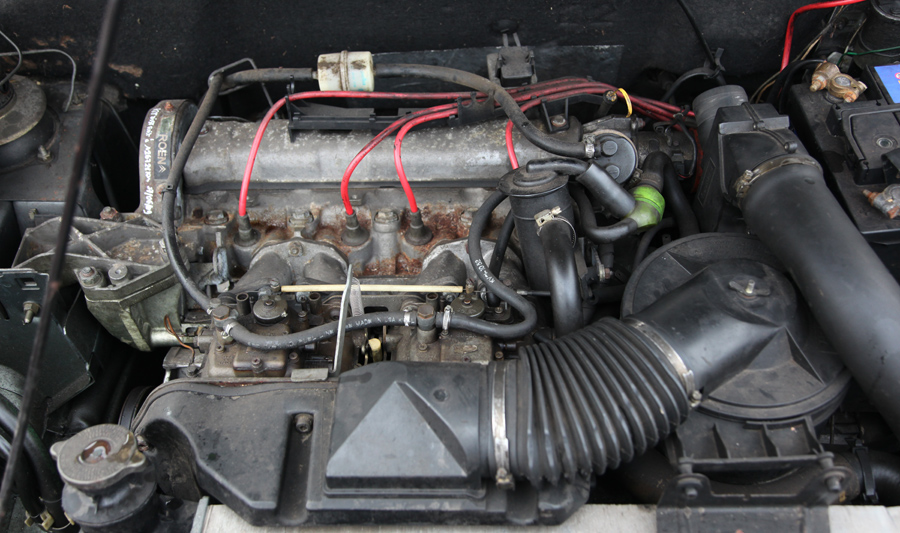 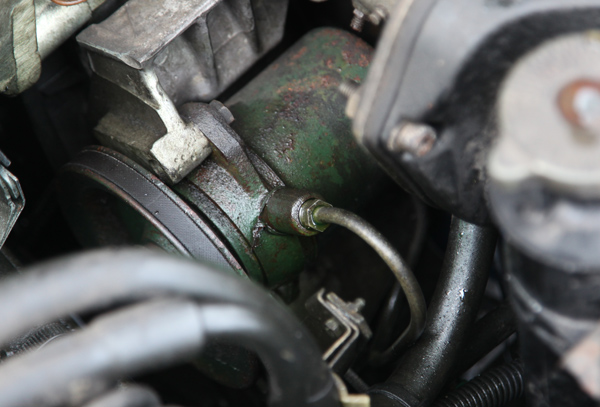 The hydraulic pump with a trickle of LHM from the outlet high pressure pipe – I don't know it could be the seal gone – I think its more likely a cracked pipe but Andrew and Tony will sort this out before the MOT which is essential for me to register it. it may have been leaking for a little time – there was fluid all over the belt and the engine had developed a chirpy sound whilst getting back from London.
Hilary Stone

Re the LHM leak, have you tried nipping up the union to the HP pump?
Mark Smith