Tell us about life with your BX, or indeed life in general!
Messages: 98

Ok, so here are some pictures under the bonnet and a couple of door sills where rust has started, I'd like a bit of advice on dealing with the rust, it seems very minimal at present but of course I know only too well how it can spread. There may also be some spots underneath but I haven't had a chance to look yet.
She is going in for the cam belt on Wednesday and a general all over check, I will await the result of that with baited breath, Richard is a bit of a stickler and seems to enjoy being a harbinger of doom!! (Actually that is mean because he has been very good to me ever since he came out to my first BX which had broken down on the GP's car park 200 yards from his garage.) I just pray that he doesn't find anything that the other Richard in Colchester overlooked when he checked it over for me. 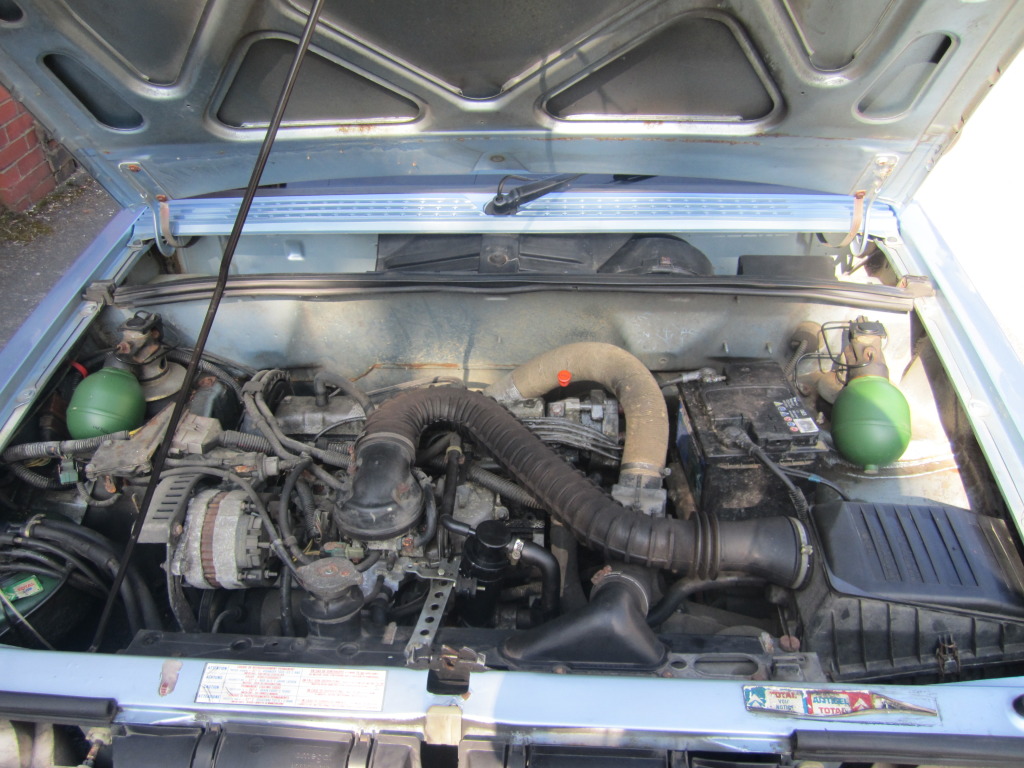 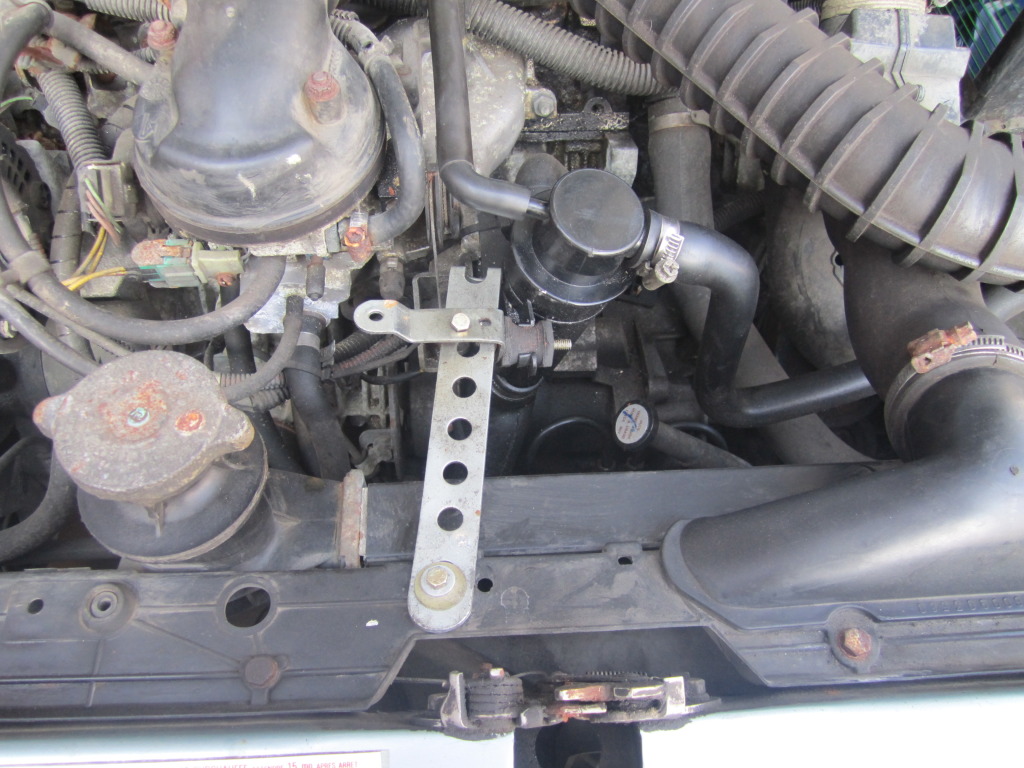 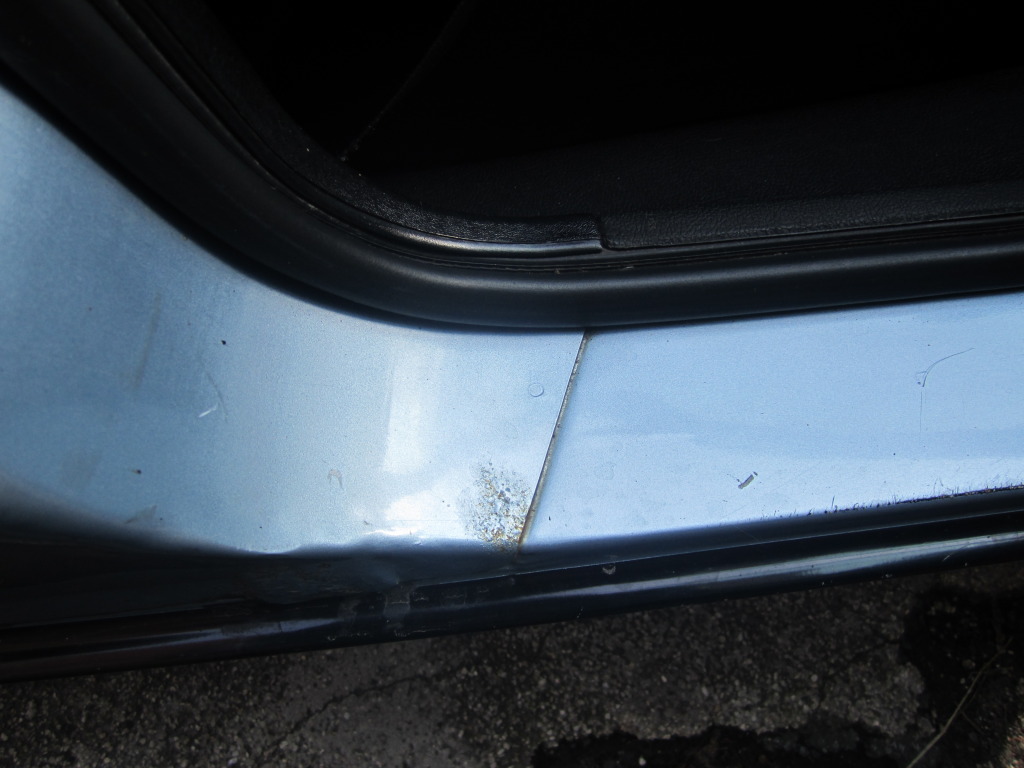 The sun is finally shining! I may get to sit in my garden today!!!!

looks like the same thing I had , the origional bobbin that supports the oil filler thingy has given out and theyve bodged a repair, mines held up by speaker wire at the moment so your bodge is infinately better ,
1991 BX Meteor 1.6

Hi Jane , using the picture above the bobbin should fit into a threaded hole that is on a the inlet manifold ( its part of the casting and sticks out 90 degrees from the manifold )under the coil then the oil filler should be fitted to the bobbin using the moulded in bracket shown bottom right of this picture and a nut and washer used to secure it, it should not be fitted using u shaped pipe holder at the front as yours has been .
1991 BX Meteor 1.6

As an aside, why do the small engined petrols have this, but the big ones don't? My oil filler/separator looks the same as micks picture but it just bolted straight onto the inlet manifold.

dont know Vanny but its a pita, the rubber is bonded to a metal plate on the stud and thats where they come apart, As you know from mine the bloody thing never tightens up properly causing the filler/seperator to crush the pipe beneath it.

Jane, in looking at your second picture, I think someone has put a black cable tie through where the stud if the bobbin should fit.
1991 BX Meteor 1.6

Mickey taker wrote:
Jane, in looking at your second picture, I think someone has put a black cable tie through where the stud if the bobbin should fit.


I can't really see that clearly on my picture, I'll have a look tomorrow to see what I can see. I will mention it when I take it in on Wednesday and maybe something sturdier can be done.

All this talk of bobbins is confusing, I do a lot of sewing and weaving, whole different sort of bobbin!
1992 BX 1.6 TXi automatic Bleu Sirene
(now sadly gone)

just below the bend in the pipe leaving the filler cap on the left , looks like they have put a cable tie through the bracket on the inlet manifold and through the hole in the seperator/filler which is exactly where the proper bobbin should be
1991 BX Meteor 1.6

Well my lovely car has been given a thorough "going over" today and although it got an overall thumbs up as a nice car, I have a list of "jobs to be done". Actually I don't have the list yet, I'm picking it up in a bit. I will put it on here later and will enjoy ticking stuff off as it gets done. Am a bit annoyed that the brakes are apparently quite worn and will probably need to be my priority. Don't they do brakes on MOTs in Essex??
1992 BX 1.6 TXi automatic Bleu Sirene
(now sadly gone)

They only test the effectiveness of brakes for an MOT, not how much wear is left. But pads and discs are an easy job, so shouldn't cost too much for a garage to change them for you.

Ah, I didn't know that, I think when I've had MOTs before he's checked the wear on the brakes too, I just assumed that they would have done. He did say he was surprised that they'd passed it on the brakes. Anyway it's not something you can begrudge spending money on! That will be my priority and then work through the rest of the jobs. I haven't got the priced up list yet but should get it tomorrow I hope.
1992 BX 1.6 TXi automatic Bleu Sirene
(now sadly gone)

but what did he say about your bobbin

Mickey taker wrote:but what did he say about your bobbin

He hasn't mentioned the bobbin, but it may well be on the list, or maybe that's a job for phase 2. I'm sure there will be a phase 2, there always is with these things, and probably 3, 4 and 5 etc etc. I'll have to remember to ask about the bobbin when I go down there.
1992 BX 1.6 TXi automatic Bleu Sirene
(now sadly gone)

I now have the list of jobs, and will be booking it in for jobs 1a & 1b next week.


1a. N/S headlight unit (not really a priority but he has one and I want it before someone else gets it)

4a. Exhaust back box hangers fix (it is currently hanging on courtesy of a "botch job")


I'm looking to get these done one each month unless I have a lottery win between times and will drive gently until all are done. Bit of a long process and will cost me pretty much what I paid for the car but once it's done it's done (until the next lot crops up I guess). I asked about the bobbin and he reckoned that it will be ok for now but we could look to getting a new bobbin at some point.

On a positive note my car just had it's first admirer today! I was dropping my son off for a weeks activity holiday and a guy who worked there stopped to comment on it and offer me a headlight unit! Turns out that he has an estate himself and has owned several others in the past and has done much of the work on them himself. He isn't on this forum, apparently he tried to join but didn't get accepted. I should have taken his number in case I need any of the parts he was offering but I guess I know where he is if I need anything.
I smiled for several miles on the way home, it's great to have my car appreciated by a complete stranger!

Roverman wrote:Indeed get that belt changed, try and get a "gates" cambelt kit if possible (GSF sell them). on a petrol BX its fairly straightforward and should takes about 2-3 hours tops, change the waterpump whilst our at it though.


I am shopping around for a garage to do it for me, I wouldn't know where to start changing my own! Maybe this time next year, I just ordered my first Haynes manual.

Ive been in to BX's for 15 years + but still arent confident enough to do it myself, for the £150 or so it costs and the time spane between changes I think its money well spent getting a professional.

So would you say £150 is an expected price for a 1.6 pez timing belt change (+ water pump at £??)? I'm becoming increasingly concerned at the economy of the truth in the advert I bought my car from - and a professed recent timing belt change (DIY, of course) is a major concern right now!

merlyn wrote: He isn't on this forum, apparently he tried to join but didn't get accepted.

I smiled for several miles on the way home, it's great to have my car appreciated by a complete stranger!

That's a shame, I didn't know there was an entrance exam? All you need is a passing interest in BXs and a pulse and yer' in I thought - they had me for heavens sake!

I think we should have a thread called; 'You don't see many of those any more do you?', for those, 'My car admired by a total stranger' moments. Don' cha just love it when that happens!?

Good luck getting everything sorted on your car Jane - it'll be money well spent I'm sure.
Top
Messages: 98