Would anyone be interested in a convoy from the Conservatoire to C42 on the Champs Elysee if I could get it arranged (parking would be the issue I guess!)? Or maybe we could leave the cars at Citroen and hire a small coach? Come to think of it, we could even consider a Hotel in Paris for one night (with secure parking) and travel to C42 from that base - as well as take in some Paris sights?

Phil this trip just keeps on getting better! TBH I've seen how the Parisians park their cars (bumpers being an apt description), so secure parking is most definitely preferable!
Mark Smith

Indeed I wouldnt be happy leaving one of my babies "on the street" either so great idea.
Lots of Motors, mostly semi broken....
Top

Roverman wrote:Indeed I wouldnt be happy leaving one of my babies "on the street" either so great idea. 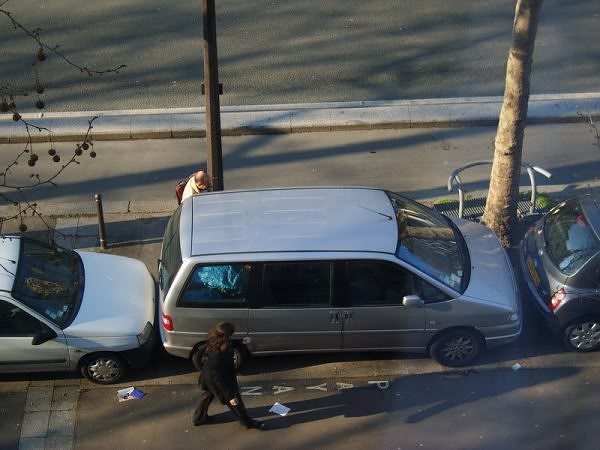 I was fortunate enough to visit Paris in 2008 with a ladyfriend of mine, fabulous place, but every car had a dent, even a fairly new Ferrari, which had its 20" Diamond Cut alloys very much kerbed!
Lots of Motors, mostly semi broken....
Top

Before I hear more about accessibility to the Conservatoire, I'm going to suggest we kerb our enthusiasm a bit too. It could be that it's not as simple as just asking... I'll get back to you all.
• 1992 Citroen BX TZD Turbo Hurricane
• 2006 Xsara Picasso 1.6 16v
Top

Philip Chidlow wrote:Before I hear more about accessibility to the Conservatoire, I'm going to suggest we kerb our enthusiasm a bit too. It could be that it's not as simple as just asking... I'll get back to you all.


Understandable, David Conway from the CCC is the man to talk to as he organised the last one.
Lots of Motors, mostly semi broken....
Top

I never need an excuse to go to Paris! First time was 1958 15th August on my honeymoon. Taxi from Gare du Nord to Hotel on the Left Bank was a Panhard. Through the 80s and 90s started at least one rally a year in Paris - imagine 350 competition cars, many like my 1974 Porsche Carrera RS 3,0 ex-Le Mans car let loose at 0900 at the Eiffel Tower into the Paris traffic driven by the likes of Stirling Moss, Walter Rhorl, Jean Ragnotti, Black Jack Brabham and Roy Salvadori - the flics liked it, the traffic parted and speed limits seemed not to apply as we tore down past Quai Javel en route to Montlhery Autodrome for the first stage! Later my son had a flat in the 19th Arrondisement near Canal St Martin until moving his business base to Frome and yes I did park my battered AX on the street mostly across pedestrian crossings at weekends and certainly in August... But I think stopping out at Gonesse near CDG is easiest for Aulnay..... Discretion becomes the better part of valour!
1974 GS Birotor, 1972 GS 1220 FIA Gp 2, 1992 BX 16 TGS, 1951 Velo-Solex, 1953 NSU Max 250, 1972 Honda ST50, Daughter has 1990 BX14 TGE
Previously owned include 1983 BX14RE Leader, Porsche 924, 1972 Porsche 911T, 1973 Porsche Carrera RS 2.7 (FIA Group 4), 1974 Porsche Carrera RS 3.0 (FIA Group 4 ex Le Mans), 1969 911 T/R (FIA Group 3 ex Le Mans), 1981 Porsche Group B 3.3 litre World Endurance Championship, 1991 Footwork Arrows Porsche Formula 1 (ex Alboreto & Caffi),
Top

OK - An update. First.... I've heard/it is rumoured that the Conservatoire will be closing/moving. No more info than that at the moment. PSA are also considering a factory closure; could be Rennes. So, understandably I will put any specific plan on hold.

HOWEVER, if people are up for something over the Channel for 2014, maybe we ought to consider an alternative... I have another suggestion which I will put forward shortly...
• 1992 Citroen BX TZD Turbo Hurricane
• 2006 Xsara Picasso 1.6 16v
Top

Does not entirely surprise me! Id be surprised if Francois Hollande allowed Rennes to close with the consequences for employment in Ile et Villaine. Sounds like Peugeot are looking for some Government cash injection. However Peugeot did sell off a lot of rally orientated stuff from Royton a few years ago including T105 hens teeth stuff. Id hate to see the Conservatoire car collection broken up and sold.
I await your alternative suggestion with interest. My own preference, which the Aulnay/Rennes itinerary gave is less mileage but major serious Citroen interest! Having done 10 major rallies in France in the GS (and half a dozen in Porsches) all adding up to 1500 miles each and with French relations in Rennes and friends near St Tropez just driving on the wrong side of the road doesnt quite get the adrenalin going!
1974 GS Birotor, 1972 GS 1220 FIA Gp 2, 1992 BX 16 TGS, 1951 Velo-Solex, 1953 NSU Max 250, 1972 Honda ST50, Daughter has 1990 BX14 TGE
Previously owned include 1983 BX14RE Leader, Porsche 924, 1972 Porsche 911T, 1973 Porsche Carrera RS 2.7 (FIA Group 4), 1974 Porsche Carrera RS 3.0 (FIA Group 4 ex Le Mans), 1969 911 T/R (FIA Group 3 ex Le Mans), 1981 Porsche Group B 3.3 litre World Endurance Championship, 1991 Footwork Arrows Porsche Formula 1 (ex Alboreto & Caffi),
Top

I think the rumour is that the collection will be moved, not broken up. Hopefully we get confirmation this week.

Given the following news story it seems Rennes is actually spared... but the news generally is far from good...

"French car giant PSA Peugeot Citroen is expected to announce the closure of its historic Paris plant at Aulnay-sous-Bois, spelling deep trouble for the 3,300 strong workforce and the already disadvantaged surrounding region.
The scale of the “disaster” will become clear in the coming days, with PSA Peugeot Citroën expected to announce further details of its cost cutting plan, which could see the loss of up to 10,000 job nationwide....

...If PSA bosses are facing rising anger from their anxious workforce on one side, they are also under pressure because of their declining share in France’s stumbling automobile industry.

According to the latest figures from France’s car manufacturing association CCFA, PSA Peugeot Citroën, the country’s biggest and most symbolic car maker, suffered a 10 percent drop in new vehicle registrations in June 2012.

The outlook looks unlikely to get any brighter for PSA, with the head of the CCFA, Patrick Blain, predicting an 8% to 12% decline in the overall French automobile market in 2012.

For PSA bosses, that gloomy outlook, the rising production costs and the fact that some of their factories, including the Aulnay plant, are reportedly functioning as much as 50% below their capacity, justifies their €1billion cost reduction plan."

There was some speculation that the Conservatoire would be moved away from Aulnay to another site; possibly the one they have invested most in over recent years: Valenciennes... let's see.
• 1992 Citroen BX TZD Turbo Hurricane
• 2006 Xsara Picasso 1.6 16v
Top

"Union reaction was uncompromising, describing the announcement as a "declaration of war" and an "earthquake," with the hardline stance certain to add to the problems facing the new Socialist government....

....the auto division is expected to report an operating loss of some 700 million euros ($860 million) for first half 2012, producing overall a net loss for the period.

PSA said in a statement that it would cease production at its Aulnay site near Paris which employs 3,000, with 1,400 jobs going at its Rennes plant.

In addition, some 3,600 jobs will be cut across the corporate structure, as the company continues "reducing costs and improving its operating efficiency."

"I am fully aware of the seriousness of today's announcements, as well as of the shock and emotions they will arouse," chairman Philippe Varin said in the statement.

The depth and persistence of the crisis impacting our business in Europe have now made this reorganisation project indispensable in order to align our production capacity with foreseeable market trends," Varin said.

The measures should allow the company "get back on track" and secure its future as well as auto production in France, he added.

PSA, trying to cut the overcapacity that is blighting the whole European industry, announced earlier this year a tie-up with US giant General Motors in an effort to cut costs.

Previously released figures showed PSA first half European sales down 18 percent to 980,000 cars and commercial vehicles, with its market share falling to 12.9 percent from 13.9 percent.