Well theres another member from Oxon here and just up the road too.


Thread Bear wrote:I regularly attend The Fleece at Bretforton, Nr Evesham, mid month for another club but two other Citroenauts come. Great selection of real ales and good food next to proper fires. It would be just as good a venue for any local BXer to pop in. If it was to gain a following the landlord would probably allow parking in the rear yard or paddock.
However as December is Chrimbo month and the date falls badly into that - not ready for Chrimbo, loads of parties coming up - period, we do not meet in December in the hope folk will substitute our New Year run out to Lewknor. So the next opportunity will be mid Jan, which I will happily remind you of, but is, of course hostage to weather, particularly for me going there, as I have to traverse the Cotswolds. Great in the summer at midnight but not so great in a blizzard.

For a new venue it would be handy to know the centres of groups of active owners. A bit tricky with the old net as many folk rather like the anonymity of contact. I would certainly be interested in one around Oxfordshire but I think BX, possibly even CCC membership, might be a little sparse round here. If The Wyvern meet (like The Pheonix, Hartney Witney) still happens in Harwell Village, that is a possibility as its already petrol head night.

It's beginning to sound like we'd have a potentially good turn out. Matt and I will drive down there very soon and chat with the landlord to see if they're happy housing some beautiful cars and similarly beautiful people for an evening. Agreed Sandre, a room would be a bad idea (and very sterile/jonestown...). Thanks for everyone's input, getting rather excited! X

Indeed so WitneyBX, I think there are three active Oxfordshire forum members, with Jaba. A ribbon of cars through Berkshire but seems a bit of a void to the west till your past the Cotswolds or deep into Wiltshire. Perhaps not to surprising as its not a high population area. I hear of BX in Swindon, but not on here.

When I have ran clubs I used to have a map and stick coloured pins in it for known cars, known members and known active members. It made organising meetings, moving things by the bush network and putting new owners in touch with an old hand, very much easier. It is strange how areas wax and wane in activity and very often it depends on what I call the rule of three. Any time you have three very active owners in an area they pull in more people and create a hotspot of activity. Two can maintain it sometimes, but for creation it seems to need a minimum of three. So it becomes possible to spot the area likely to be coming up and those likely to decay, unless someone else steps up to the mark. Some areas are thus unlikely to ever make it as they have not the population, but even then things can take off in the oddest places. The opposite effect is the more often seen, stranded enthusiast miles from the next person who is active. That's hard work, unless you are acquisitionist, as no competition means best pick of the local crop of cars. With the Messerschmitts this area used to be very strong. I now seem to be the only person likely to drive a car! Though if I do will others reappear? Its a strange dynamic but enthusiasm rubs off on receptive folks.

I am happy to re establish contact with the Wyvern lot if you fancy a local meeting occasionally. I should get back into circulation locally as there were some very clever, helpful people in that group and it rule was bring something interesting rather than marque snobbery. Due to the area there are a lot of MGs of course. If its still Harwell its only a throttle flip from Jaba. However I would not want to stunt take up of a new meeting up the road. I think Crick might be just beyond my range for a regular evening meeting though. We will see.
Miguel - 16 TRS Auto S, light blue, 43k miles - £450
Pluto - 14 E S, White, 105k Miles - in work
Egbert - 19 16v Gti, White, A/C & Leather, - Keeper
Walt - 17 TZD Turbo S, graphite, 70k miles, good op extras - Keeper
Scraper- 17 TZD Turbo E, blue, 208k miles - parts
Homer - 19 TXD E, Red, 189k miles - £250
Gary - 17 TZD Turbo E, 118k miles - in work

When I have ran clubs I used to have a map and stick coloured pins in it for known cars and people,

I think that's a very good idea - you could visualise where everyone is then. (actually, for people I don't like I use a small doll - that works

Well Crick is just an idea - I'd be happy to move it a little more West if it brought more members into the cachment. A pin board is great - I'll look into making an online one

No, you stick to your guns, Charlotte. Otherwise it will never settle and gel. As prime you need it to be a place you can access simply and want to be. The folk who turn up over a period, regularly, and their distance travelled, will suggest if the position needs tweaking. It may drift north!

The good thing is that may and I will go along together, so if on some evenings no one turns up is just a nice drive out and a drink together. I fully expect erratic turnout in the beginning but I think the potential reward outweighs this risk xx

Now we need to sort a group for the South East. Bit too far for me but i now can travel a bit more.

Charlotte wrote:The good thing is that may and I will go along together, so if on some evenings no one turns up is just a nice drive out and a drink together. I fully expect erratic turnout in the beginning but I think the potential reward outweighs this risk xx


yeah i'll have some of this. in northampton so yeah why not. would be funny as anything to see everone driving past and looking at all our ''mentle cars!''
lets crack on with this then!
although think some of you will cringe when you all see what ive done to my flying machine!

I get to the Bristol 2CV Meet most months - 2nd Tuesday of the month, Downend. It's not the best for character, but a big carpark, good value carvery and easy to get to (just off the ring road).

Although nominally a 2CV event, we get several Xantia owners, the occasional kit car and ZX, a bloke with an H van and even an early C5 once this year.

Wouldn't be this one, milliseconds before a collision with a Volvo, would it? 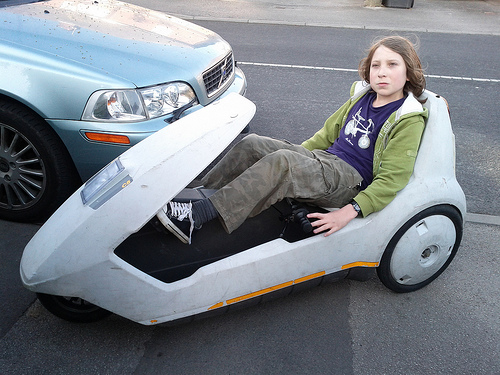 Those are worth more than an early Citroen C5 these days! My ealiest memory of these was the Motor 100 at Silverstone, where one went out on the track along with some assorted 3 wheelers just after a huge storm, hit a deep puddle on one corner (I forget which), then gently bobbed to the edge of the track before the wheels touched the ground again.
Mike Sims
BX 19RD Estate Mk1 - Timex!
BX 4X4 Estate - Oh god, I've done it again!
BX 17RD MK1 - it called to me!
BX14 TGE, - SOLD
XM Turbo SD,GS Club Estate,Visa 17D Leader,HY Pickup,Dyane Nomad,Dyane 6,2CV AZL,Falcon S,Trabant P50,3x Land Rovers (88" series 1,109" series 2a FFR,series 2a Marshall ambulance),DKW F7, Lambretta LD150 x 1.5,Mobylette SP93,Ural Cossack,Ural M63,CZ 250 Sport,Honda Varadero 125,lots of bicycles & tricycles including (but not only) Sunbeams,Higgins & Bates!
Top

citsncycles wrote:Those are worth more than an early Citroen C5 these days!

So is a half finished can of Coke...

citsncycles wrote:Those are worth more than an early Citroen C5 these days! My ealiest memory of these was the Motor 100 at Silverstone, where one went out on the track along with some assorted 3 wheelers just after a huge storm, hit a deep puddle on one corner (I forget which), then gently bobbed to the edge of the track before the wheels touched the ground again.