Thanks. I have located a source for both the 10mm and 8mm pipes: a certain Mr Moss

and not mightily expensive. And he also has 'with ABS' brake hoses. So, as soon as I get paid, I'll be placing an order

citsncycles wrote:Phil, I think you may find that you'll have to make something up for the metal fuel pipes as I believe at least one of them is unobtainable. They are standard diameters I think (although each is different), so you should be able to get some suitable pipe to make your own easily enough. Some people have used copper pipe to good effect although I've heard that bio diesel can attack it.

Chevronics have had new ones made up. I had to get some as mine were on the way out. Not too expensive and certainly cheaper than the car catching fire... 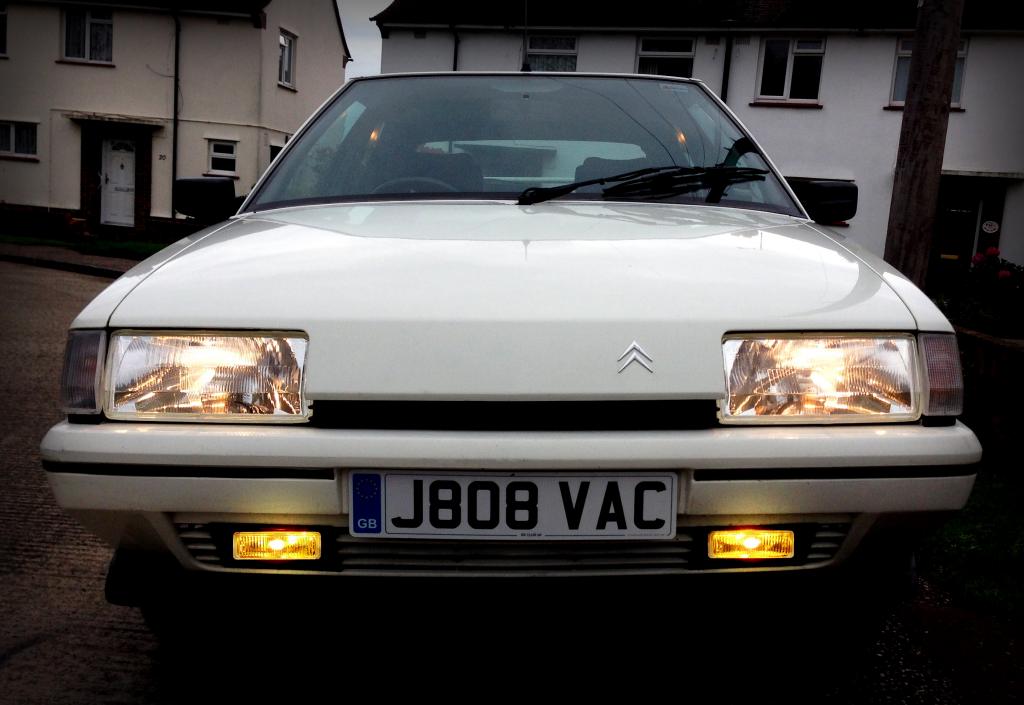 We just need some fog now.

That's why I call it Henry,

Since Friday, with Phil Boxall working hard with me trying my best to be useful (making coffee and buying parts counts, yes?!

There's still work to do:
Replace front callipers, (current ones have seized bleed nipples - I have access to a pair which are OK), bleed system and fit new flexis.
Replace rear discs pads and callipers (one's very sluggish)
Replace rear spheres
Replace back box and remove centre box (Phil has a flexible pipe to take its place - from the Green Hornet)
And...

So what happened? Well, driving along quite happily in the BX and suddenly the speedo stopped working. To be followed fairly soon by smoke curling out from the vents along the top of the dash...

Strong smell of burning plastic and so, I quickly pulled into Sainsbuy's service station - well, I thought if my BX is going to burn I might as well take a few lesser cars with me lol - parked up. So, ignition off: no smoke. No fire. Phew.

AA man came along (I had already started to dismantle dash) and we found the the speedo cable had sheared off, sprung back and dislodged some previously undiscovered wiring that had been pushed into a dark corner somewhere. This, it transpired, had been live and was now shorting out. This brings me to the ABS question; Phil and I were pretty sure the ABS light had been removed but found no bulb holder unit making us think maybe the pod had been replaced. But the MOT history suggests the mileage is kosher and the pod original... So the wiring which smouldered so nicely must be the requisite part of the still live ABS circuit, carelessly tossed to one side without so much as a sniff of insulating tape...

Sounds a story of the good, the bad but at least in the end of not as ugly as it could of been.


Where did the outer speedo cable break though? Inner cables do break (hence my recommendation on lubrication)
but this normally would not cut through the protective outer.
1991 BX19GTi Auto
Top