Shame to hear it Tim but as Mark says it comes with the territory! I drove the BX again today and I have to say, it's fun

it seems to be behaving: engine/gearbox/clutch and ride. The brakes are still slightly 'eccentric' - with the rear insisting it'll rise under hard braking... But I am OK with that for now. There's just this worrisome leak of LHM and it seems that the replacement (fabricated) HP pipe isn't right so it must be time to fit the NOS Cit pipe I have since acquired... And if it's not that maybe there's a problem with the newly fitted Octopus et al... Which must be fixable?!
• 1992 Citroen BX TZD Turbo Hurricane
• 2006 Xsara Picasso 1.6 16v
Top

Update: The BX performed extremely well on the trip to and from the X-Rally, with an encouraging turn of speed and it seems, decent economy too. Doesn't really smoke either which is good. It was great to have a working radio and speakers for the return trip! Thanks Phil B!

Next on the list is the spare (I know have the 'correct' alloy spec steel). A new tyre goes on that next week. As does the new back box. I was going to fit a pattern one from Germany but in the end chose the Scorpion SS 'Cituning' one from Kitch

The tow bar's coming off - I don't use it, it weighs a lot and my shin still bears the mark of a close encounter with it.

I'm hoping to respray the black window surrounds and fit the sunroof wind deflector. The sunroof will still be sealed while there's a risk of rain though so unless it's blistering blue skies that deflector will be just for show lol!

I have lined up another oil change prior to the Challenge, and Kermit's standing by to fit the CB radio equipment, to fit the new fan switch and thermostat, wire in a temperature gauge, (and flush and replace the coolant maybe), mount the fire extinguisher and if there's time: rewire the headlights...
• 1992 Citroen BX TZD Turbo Hurricane
• 2006 Xsara Picasso 1.6 16v
Top

It's been a while since I posted. How are you all? Enjoyed Summer I hope (I think it's gone now...).

Anyway, the Challenge has been and gone. The BX TZD Turbo did very well indeed and didn't let us down. Good, these cars, aren't they? Very good MPG too, which helped keep costs down.

The BX doesn't see a lot of me since we got back: took it to the CCC National which was disappointingly poor, but since then it's spent most of its time tucked up in its garage I'm sorry to say.

Ah well, it'll get a trip to the Chevrons Rally in September at least!

Other news is that we have sold the ZX on, and replaced it with Matthew Concannon's Xantia TurboD, which I hope he would agree has come to a good home... It's a very nice car indeed. I like driving it and, to be honest must represent one of the better examples of this increasingly rare Citroen. 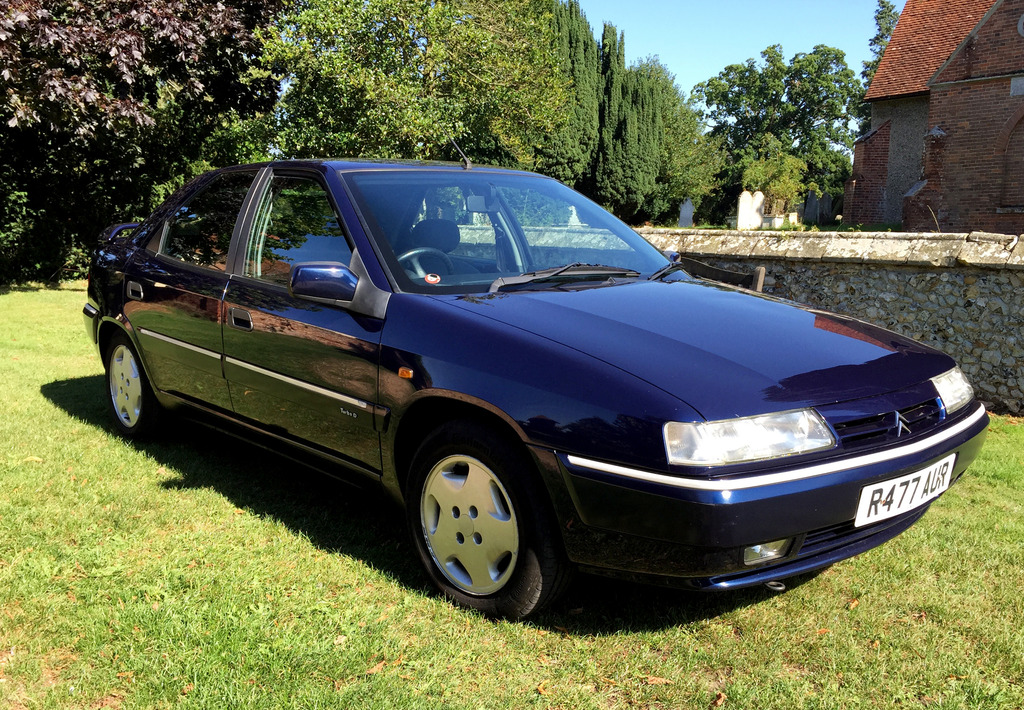 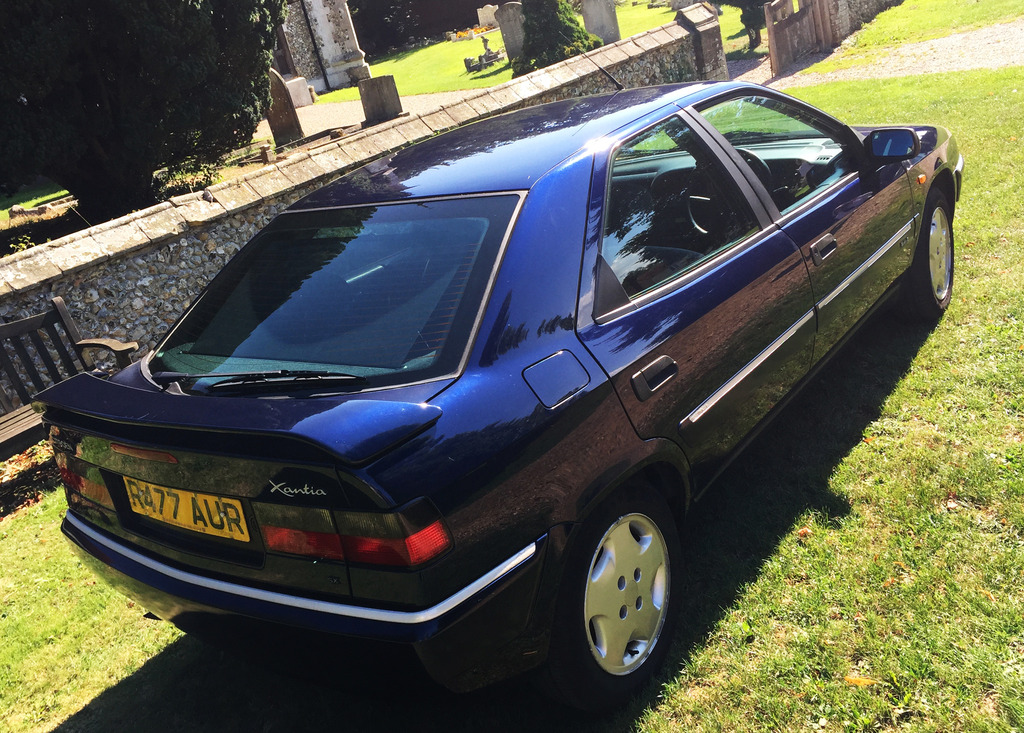 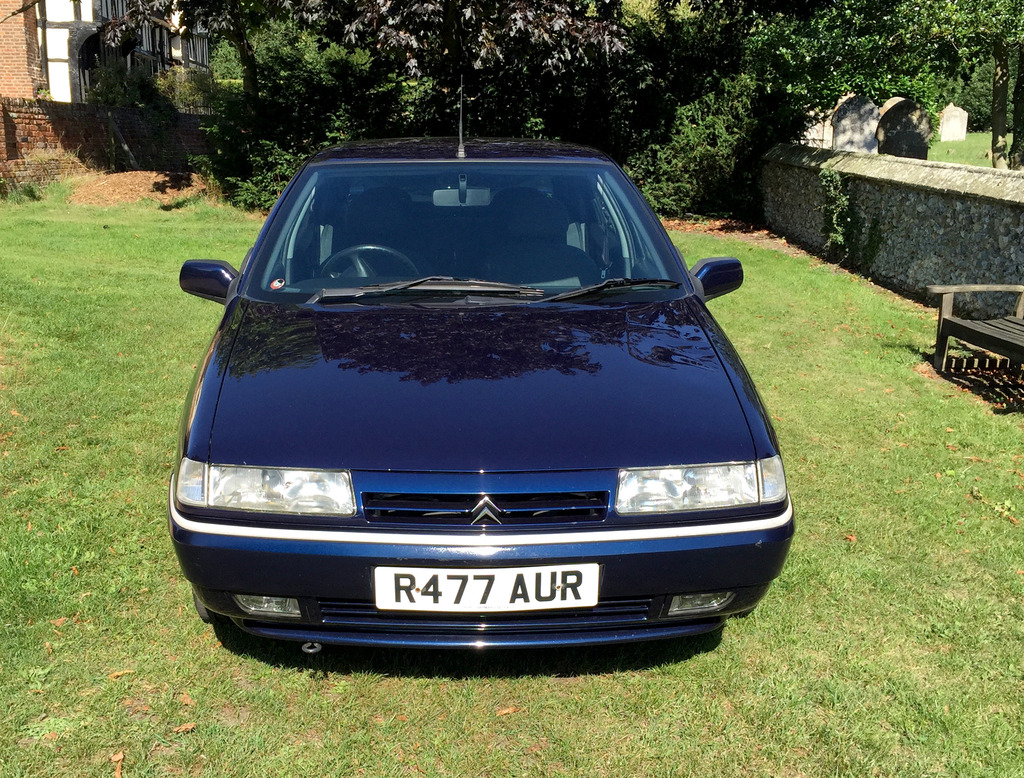 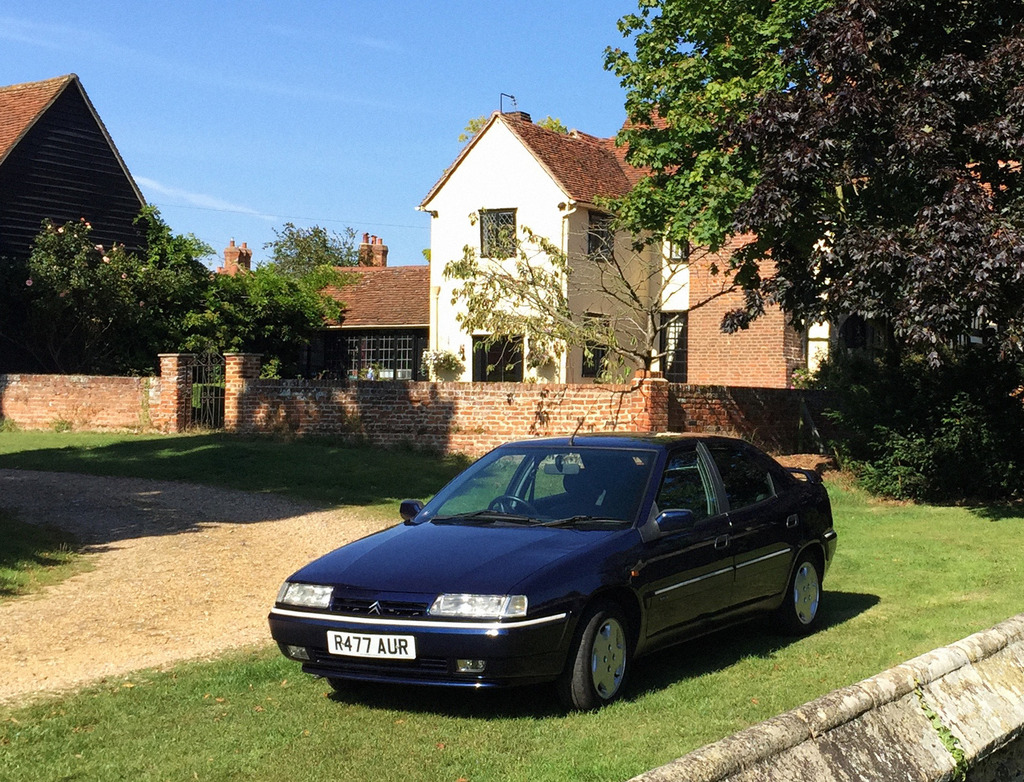 Lovely looking car Phil - looks like a good buy. I think the Xantia does look better with age actually; not because it physically changes, but because more modern cars have got uglier or more anodyne and dull year on year.
Top

Check you sills Phil! My desire has gone all down the nearside thanks to some goon at a fast fit tyre place jacking it up on the sill I was told in the wrong place. Have you got the alcantara suede? if so what's yours like as my rear seats were like new and the drivers seat was worn through...
Lots of Motors, mostly semi broken....
Top

Seems the sills are OK, but when we (Dennis and me) get it up on ramps in a couple of week's time it'll get a thorough check-over. It's a £350 car so will take a view should it require anything expensive! But, I am pretty sure it'll be fine

The interior is Alcantara and the seats are all OK. Like you say, the rears are very good - as are all the door cards, anda lthough there is some wear on the fronts, there're no holes - that goodness; it's tough stuff to repair.

The paint on the hatch lid, near the rear window has gone dull and faded but luckily the spoiler's so big it covers most of it. Theres a dent in the bonnet - might just have to live with that, and a 'groove' down the side; from the back of the front wing and along a few inches of the driver's door, but that's pretty discreet. But generally the body is very good. Needs a careful polish which I'll do when the weather's better and when work/Chevron Rally organisation isn't in the way!
• 1992 Citroen BX TZD Turbo Hurricane
• 2006 Xsara Picasso 1.6 16v
Top

They all seem suffer with the paint issue, my green one for one, strangely the white car is ok but maybe its been repainted, the tailgate is the only GRP panel asides the bumpers afaik.

£2k... mmm still have to wait a bit before they claw themselves up to that value I'd say. But now is the time to buy IMHO.

Just need to fit the new pollen filter, but a quick look suggests it isn't as the Haynes BoL portrays. Remove three screws it says... what three screws? I ask lol Makes me wonder if this has a pollen filter !
• 1992 Citroen BX TZD Turbo Hurricane
• 2006 Xsara Picasso 1.6 16v
Top

Philip Chidlow wrote:
Just need to fit the new pollen filter, but a quick look suggests it isn't as the Haynes BoL portrays. Remove three screws it says... what three screws? I ask lol Makes me wonder if this has a pollen filter !

It does, under the glovebox and it's a pita!
Lots of Motors, mostly semi broken....
Top

Very nice Phil . ive had one of those myself and loved it to bits .

I must say, the novelty hasn't worn off and the BX or the Rover 75 aren't getting much of a look in at the moment...